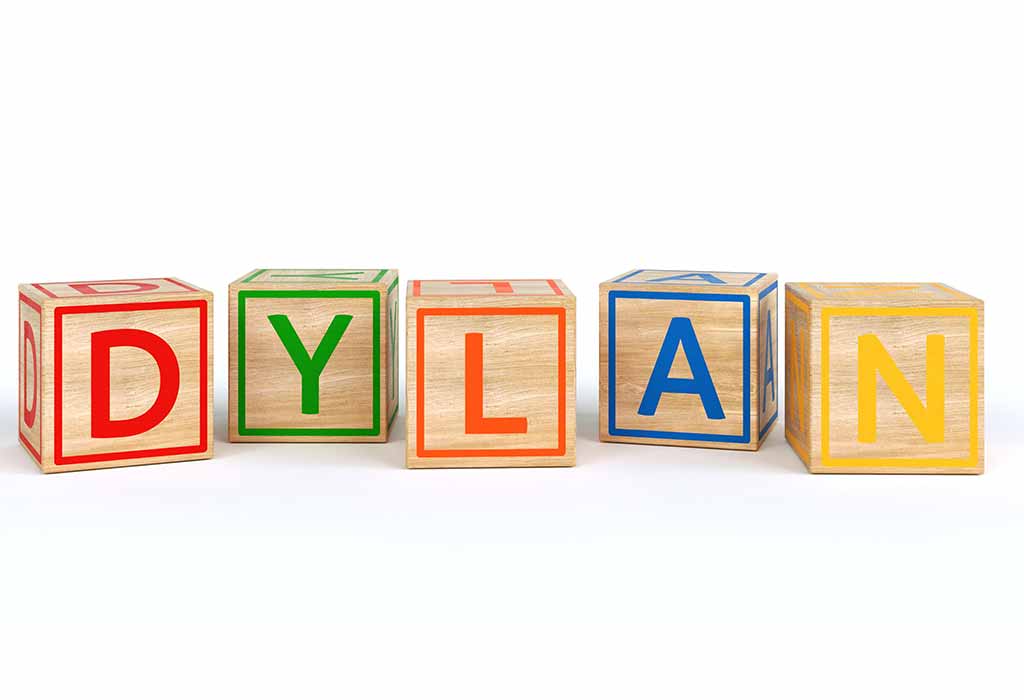 Rock and Roll is a genre of music characterized by persistent, heavily accented beat, catchy melodies, insightful lyrics, and simple phrases, making it highly popular among listeners. This highly eclectic music with its varying diversity across its many subgenres has triggered the passion of individual rock stars and bands to pursue it as a passion or profession. The music genre brought a change in the musical scene in the 1950s. It has not just altered the evolution of popular music but has influenced fashion, human behavior, and choices as baby names. Parents looking for good Rockstar names can lend a unique star appeal to your child’s personality. Rockstar baby names are on trend right now to inspire parents-to-be on their baby naming journey. These famous rock stars’ names may range from classic to edgy, inspired by the rockers or the subjects of the songs. Funny Rockstar names may reflect their eccentric mannerisms on stage that get them instant attention. Those looking for inspiration may consider the comprehensive information on the Rockstar baby names for both boys and girls given below.

Rock star baby names are modern, stylish, and have plenty of built-in swaggers. After all, these names remain famous among its fan base through the entire decade. Here is a compilation of the best male Rockstar names with meanings that are creative and fierce enough to suit your fancy:

This English name means “supplanted.” Alex Turner is the frontman for the rock band the Arctic Monkeys.

This Scottish name means “one strength.” Angus had been the founding member of the rock ‘n’ roll band AC/DC.

This English name means “determination, strength.” Billie Joe is the lead vocalist and guitarist for the renowned band Green Day.

This English name means “from the broom hill.” Brandon Flowers is the frontman for The Killers.

Cooper refers to the maker and repairer of wooden vessels. It comes from Middle English couper, cowper, or from Middle Dutch kuper, a derivative of kup ‘tub’, ‘container’, which was borrowed independently into English as a coop. Alice Cooper has been the ‘godfather of Shock Rock.

This Welsh name means “the son of sea”. Bob Dylan moved to Rock Music from Folk in the ’60s.

Elton is a variant of the Old English term ‘tun,’ meaning ‘enclosure,’ or ‘settlement.’ Sir Elton John is a famous British musician.

This name of Scandinavian origin means “All-Wise” and belongs to the famous Elvis Presley.

This name of American origin means “Peace Ruler.” Freddie Mercury was the frontman for the rock and roll band, Queen.

This English name means “from the hay clearing”. Hayley Williams is the lead singer for alternative rock band Paramore.

This English name means “From The Hazel Grove.” The Isley Brothers produced some of the all-time hits between the 1950s into the 1980s.

This English name means “God is gracious”. Janis Joplin was an American singer-songwriter.

This English name means “God will increase”. Joe Strummer performed as the lead singer of the English rock band The Clash.

This name of Scandinavian origin means “pure”. Karen O has been the lead singer of the rock band the Yeah Yeah Yeahs.

This name of American origin means “courteous.” Kurt Cobain performed as the lead singer for Nirvana.

This Scottish name means “follower of St. Columba.” Malcolm was the founding member of the rock ‘n’ roll band AC/DC.

This English name means “pleasant wood.” Bob Marley has been a reggae icon.

This English name means “who is like God.” Mick Jagger was the lead singer for The Rolling Stones.

Graham Nash was a British-American singer-songwriter and musician. This name of English origin means “by the ash tree.”

This Greek name means “people of victory.” Nico was a German singer, songwriter, and musician.

This English name means “noble.” Patti Smith was a singer-songwriter.

This English name means “a brave ruler.” Richie Valens was one of the pioneers of rock and roll.

This English name means “famous spear”. Roger Daltrey was the lead singer of The Who band.

A diminutive of Robert, Robbinson means “son of Robin.”

This name of Spanish origin means “Follower Of St. Anna.” Carlos Santana was a Mexican-American guitarist and songwriter.

Sebastian is derived from the Greek name Sebastianos, meaning “from Sebastia.” He is a famous French musician of electronic music.

This American name means “friend.” Stevie Nicks is a renowned songwriter and vocalist for Fleetwood Mac.

This English short form of Anthony means ” priceless one.” Tony Lommi was the guitarist for Black Sabbath.

This name of Old English origin means “land beside the road.” Willem Bijkerk, professionally as Waylon is a Dutch singer.

This English name means “Army ruler.” Walter comes from the song ‘Do you Remember Walter’ by The Kinks. 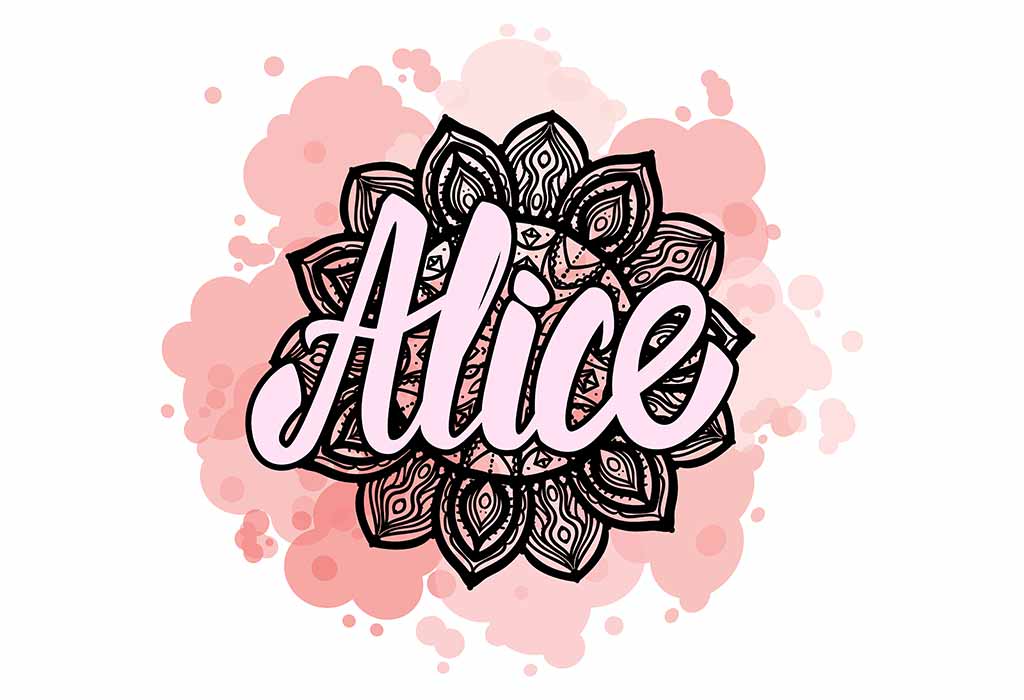 Rockstar names represent raw grit and serious panache. Their popularity can be judged based on their record sales, Billboard performances, Wikipedia page views, and fan following on Spotify’s online streaming. Here is a compilation of the best female Rockstar names with meanings that can be most suitable for your little angel.

This English name means “from nobility”. It originates from the band name “Alice in Chains.”

Adele comes from the Germanic word Adela, meaning “Noble.” It is also the name of the singer-songwriter Adele Laurie Blue Adkins, who is known for having the style of ’70s Rockstar.

This Hebrew name means “gracious”. She is a Brazilian singer, songwriter, actress, and dancer.

Bette is ‘God is my oath’ and it is of American origin. Bette Midler is an American songwriter, singer, actress, and comedian.

Belinda, is a Spanish-Mexican singer and songwriter. This name has been coined from Italian bella, meaning “beautiful.”

Christie is the shorter version of Christine. Christie Brinkley was the second wide of Billy Joel.

Dolly means the “gift of God,” and is derived from the rock band, “The Dolly Rocker Movement.”

This name of German origin means ‘whole’ or ‘universal’.

Fiona is the Latinized form of the Gaelic word fionn, meaning “white,” “fair.” Fiona Apple McAfee-Maggart is an American singer-songwriter.

Florence comes from the Latin Florens, florentius means “blossoming.” The name is the French version of (Saint) Florentia.

This Welsh feminine name means “white, holy”. Gwen Stephanie was the lead vocalist, and the primary songwriter of the band No Doubt.

This name of English origin means “Desire Of Fulfillment.” Hope Sandoval is an American singer-songwriter. He is the lead singer of Mazzy Star band.

This Hebrew name means ‘God is gracious.’ Joan Osborne is an American singer-songwriter.

This Hebrew name means “God will uplift” and appears in the song ‘ Jeremy’ by Pearl Jam.

This English name means “youthful, downy” and appears in the song ‘Romeo And Juliet’ by Dire Straits.

Lyla Foy is an English, London-based songwriter and solo artist. Lyla means “night” in Arabic and “of the island” or “island beauty” in English.

This Hebrew name means “of the sea.” She was the long-term partner of musician Freddie Mercury.

This shortened form of the Greek name Margaret means ‘pearl.’ Meg Myers is a Japanese musician.

Derived from Hebrew, Nina means “God is gracious.” It may have also come from the Spanish ‘nina’ meaning little girl. Nina Boldt aka NINA is a German singer-songwriter based in London and Berlin.

Nikki Barr is a musician who brought a kind of fierceness and strength to women rock stars. This American name means “Victory of the People.”

This beautiful name of English origin means “Smooth, round bead formed by a Mollusk.” Jinju, better known as Pearl is a South-Korean singer.

This English name means “title for a female Royal.”

This name of Hebrew origin means “ewe.” Rachel Hunter was the wife of Rod Stewart.

This name of English origin means “bright meadow.” Shirley Manson is the lead singer of Garbage.

Music helps in the overall development and skill enhancement of children. So, when they’re exposed to music early in life, it prepares them for school and paves the way for intellectual, social-emotional, motor, language, and literacy. Thus, famous musicians can positively influence the minds of your little ones and shape their future. Societies and cultures around the world have named their children in the hope of instilling the virtues of previous name holders. Cool Rockstar names can be kept as an honor to the musical influence that has impacted your life. They can make your child an overnight celebrity so that they’re proud of their name and their parent’s choice.