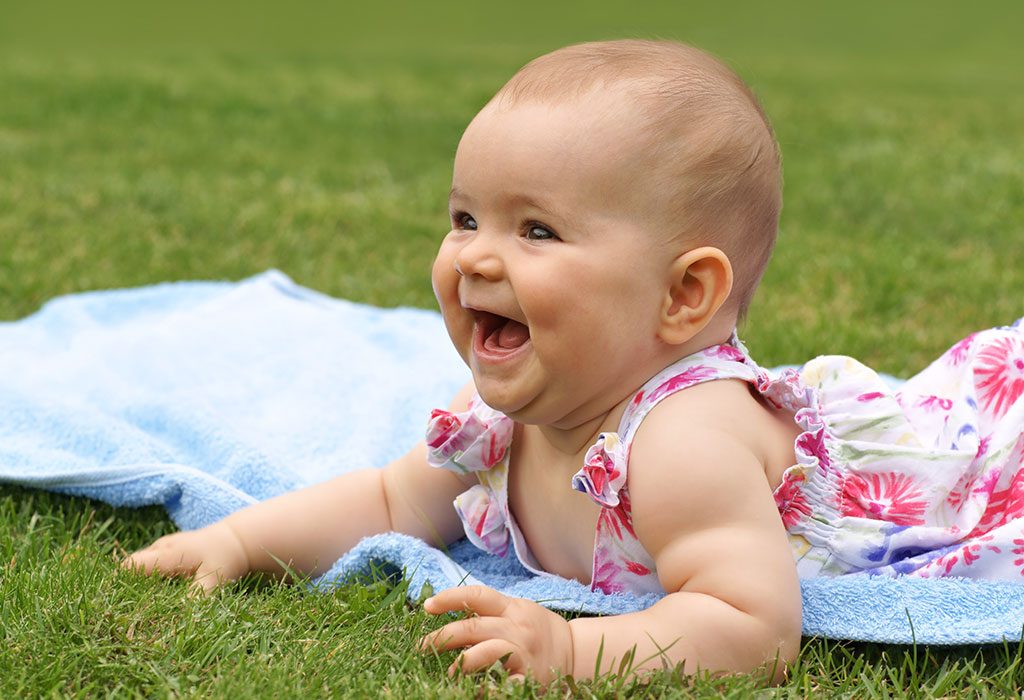 Your baby is now a bundle of energy that is always moving. By this age, your child’s brain development has occurred in a significant manner. It will be a great idea to follow up on the developmental milestones that the child is supposed to be passing but worry not if they have not occurred. Milestones are not rules but simply guidelines to give you a better idea of the baby’s progress. 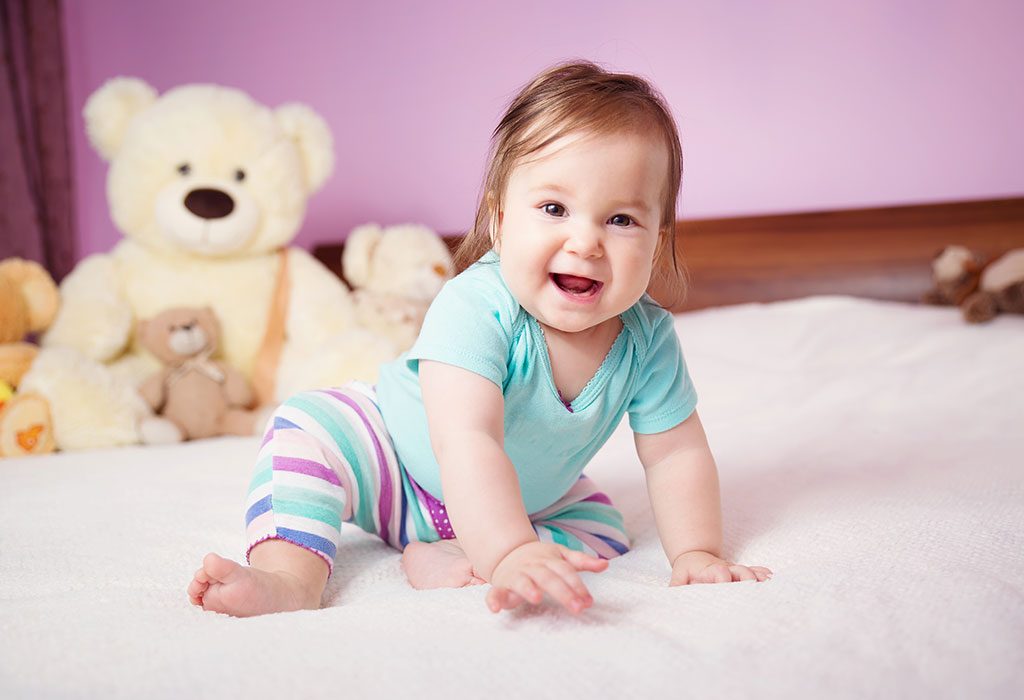 A 28 week-old baby’s weight is much more than what it was when he was born, because of the muscles strengthening greatly in the child. Your child will already have learnt to crawl by now, so make sure to keep any choking hazards away from the floor. Rolling around is also common, and your child might be choosing to roll around everywhere, too.

This chosen method of movement varies greatly in children, so it should not be focused upon too much. Some babies might sit without support; some might even start crawling. Brain development is also improving well. The brain controls the practising of muscles, and powers towards learning to stand up and walk.

By this time, your child will also be hungrier than ever. His appetite will increases as he needs more energy than ever in order to power his rapid movements and brain development. Learning new skills also requires a lot of energy, and there will be very less resting periods for the baby. In other words, this period involves rapid development on all fronts.

While the child is bound to have passed a few milestones by this time, it is perfectly okay if the progress is slow. As mentioned earlier, these milestones are not rules, but rather guidelines which help parents get an idea of how the growth is progressing. At 28 weeks, most babies start rolling, and some even start crawling. It’s a good time to be prepared for your child’s crawling sprees around the house just in case he starts doing it. A couple of baby teeth may also have sprouted in his mouth by this time.

By this age, you will most likely have introduced solid food to your child apart from breast milk. However, some babies might still not be too inclined toward solid food. It is important to remember that the regular inclusion of solid food in the diet of the child will most likely occur only by the age of one. Therefore, you must not force solid food onto the child in any manner. You can encourage him subtly by making solid food available to him when including him during family dinners. However, remember not to force him to wean onto solids immediately; this might create negative associations and result in the baby not accepting solid food at all. By twelve months of age, the child will likely have moved onto solid foods which the family consumes.

For the 28-week old baby, sleep will be disruptive. You will find the child waking up during odd hours of the night, and crying out for your attention. This occurs as a result of muscle practising, which is the phenomenon where the muscles of the child strengthen during the time he sleeps.

Co-sleeping is most preferred by parents at this time so that they can cater to the needs of the child in a better manner. Co-sleeping involves the child sleeping with the parents, in the same bed. You need to ensure that the guidelines for safe bed-sharing with your infant are met so that there is no difficulty for the parents as well as the baby. By this time, your baby will be able to latch and detach by himself during breastfeeding. Therefore, mothers can sleep or take a nap while they breastfeed the child, making sleeping that much easier.

Care Tips for a 28 Week-Old Baby

During the period of four to seven months of age, the child will be given a host of vaccinations. The third shot of a number of vaccines is given at this time, including DTaP, polio vaccine, Hep B, Hib, PCV and rotavirus vaccines. These vaccinations ensure that the child does not contract diseases like diphtheria, polio, tetanus, hepatitis B, flu and some other ones as well. If the doctor thinks that your child is at risk of being infected by meningitis, meningococcal vaccines will also be prescribed for your child.

Your baby’s leg muscles will have strengthened adequately enough to support his weight by now even though there could be some time for him to walk. If he starts bouncing on your lap, it is fine to support him with your hands under his arms so that his legs develop faster.

As grabbing and throwing is the norm now, you will best help him develop if you allow him to throw his toys as much as he likes. Also, you should avoid retrieving the thrown toys as much as possible. This means that the child has to move for it himself, thus giving him a great workout. Floor play must be given a lot of preference, as it helps the child stand up and walk that much sooner.

Your child will also be a keen listener at this age. He might also start communicating through his babbles. This sets the tone for the second year when most of the speech development takes place. He will most likely have understood the ‘speak and pause’ process of conversation, which means that he will enjoy it a lot when you speak to him. In order to stimulate his brain further, you can repeat the sounds he makes and let him respond.

After vaccinations, it is common for your child to have a fever or rashes at the site of vaccination. However, if these symptoms persist for some time, it is best to give the doctor a visit. If you notice something off with your child with your motherly instincts, it is better to take him to the doctor anyway.

Seven months might have passed in a jiffy, but in terms of development, your baby has gone through a lot. Enjoy this time with your child to the fullest.