You Have a Secret From your Man! Oh Yes You Do!
5 Secrets All Women Keep From Their Husbands!

You Have a Secret From your Man! Oh Yes You Do!

You Have a Secret From your Man! Oh Yes You Do! 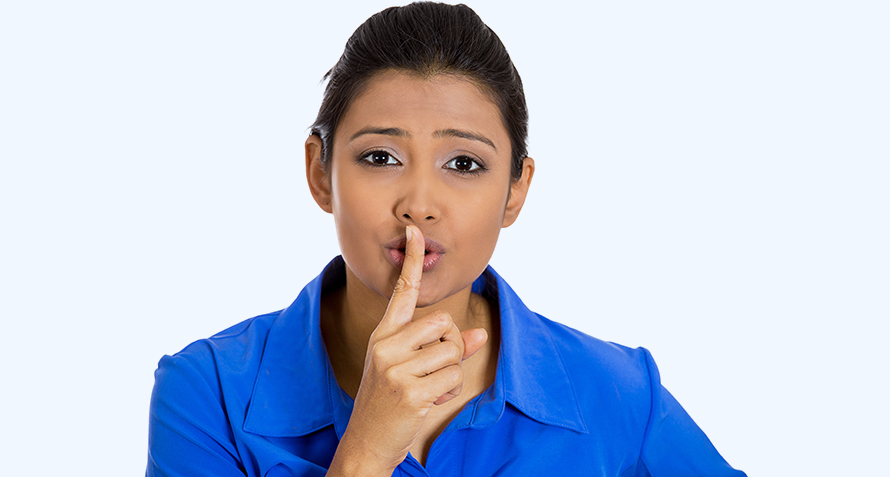 Though more talkative and open in comparison to their mates, there are quite a few things women hide from their husbands! While some of these secrets are simple, others may be kept for avoiding any marital confrontations. Here are some common women secrets that you may be harbouring too.

It’s a misconception that in a marriage it’s only the men who end up hiding things from their wives. The wives have their own secrets too. Yes, every woman has her own share of mysteries. Most women are difficult to understand and have deep-rooted secrets that are difficult to fathom. Are you one of them too?

1. They want their men to take charge

Seldom uttered, one of the best-kept wife secrets pertains to their desire of seeing their men take the initiative in making plans, scheduling holidays, or buying home stuff without being reminded thrice. Though they never word these desires, women wish that their men would carry out the stressful and more difficult tasks around the house without being prompted. Does it not show that they are affectionate and they care?

2. Where have the surprises gone?

Women love surprises and get crazy when they receive unexpected flowers, a ring, or simply a box of chocolates on a casual day. They secretly dream of their spouses showing their creativity in the smallest things and as frequently as possible. All these cute gestures make them feel loved and immensely special. It need not be an expensive gift they crave for; just a simple show of concern, initiative, and deep affection is priceless. Among the many secrets a wife never tells her husband is the one that worries them about another woman being present in his life. They fear about female colleagues and friends attracting him more than her. The reason is pretty simple, most women feel that they are not attractive enough, and therefore, a temptress may steal their soul mates away from them. Pssssssssssssst!

4. Why can’t they be more responsible?

Every single lady wants her man to be more sincere, hardworking and responsible, no matter what. She hates being fooled; even though she forgives a lot, she hates lies coming her way. Yes, ranking high on the list of the secrets women keep is the thought of men taking the onus of the situation, owning up when they are in the wrong, and committing to a lot more.

5. What’s with the body lingo

All said and done, wives are smart enough to catch on to any peculiar body language and are known to harbour a very strong and active sixth sense. This is especially true when relationships are involved. So, do you also catch on to the small details and notice everything suspicious or do you just let things pass? Think deeply.

These things women hide from their husbands are often kept by wives with the intent of not hurting the sentiments of their better halves. More often than not, they’re related to simple fears and things that they would rather keep to themselves, then talk about aloud. If you’ve been nurturing any such secrets too, then you need not feel any guilt pangs — of course, you aren’t alone!

Previous article « 6 Great Reasons Why You Should Vacation With Your Sis!
Next article The Secrets to Buying Fab Lingerie »