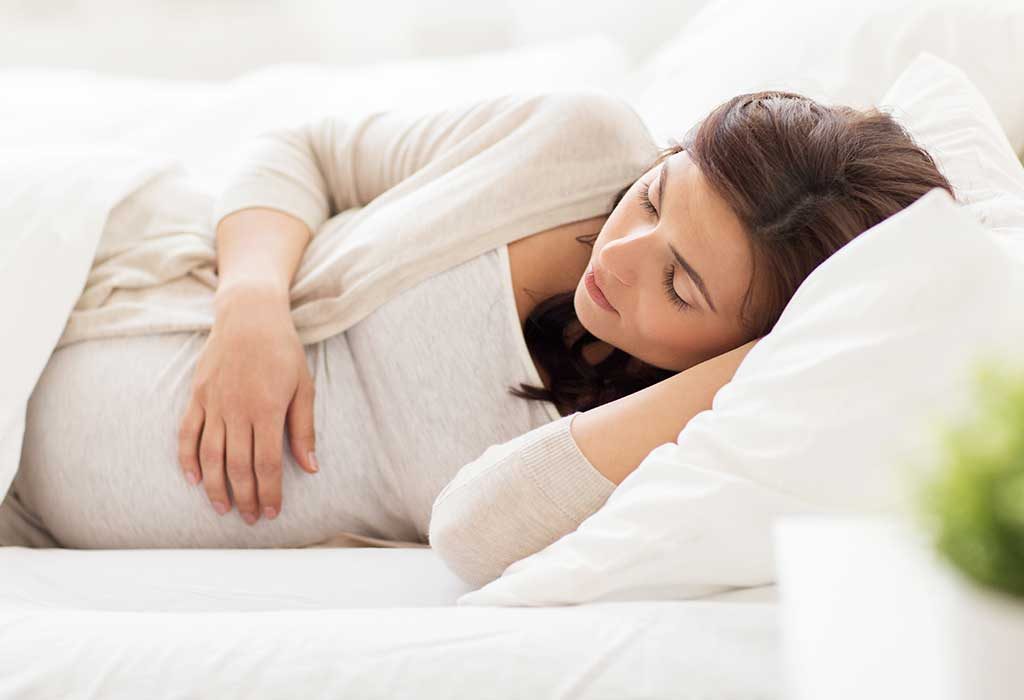 “Sleep more often” – this is something a mother-to-be hears often when she is expecting. Just a simple piece of advice to moms-to-be to make sure the child can grow properly. However, only a pregnant woman knows the reality of how difficult it can be to get some sleep. Sometimes it is the baby kicking; on other occasions, the pressure on the belly causes pain and keeps the mom-to-be awake. Even if she manages to catch a few minutes of a precious nap, how to sleep is her next concern. Mostly, women prefer sleeping on their back or belly. But it is a strict no-no during pregnancy. When you are carrying a child, you’ll need to take some extra care – even if it is about simple things such as whether you should be sleeping on the left or right side.

Why Do Sleeping Positions Matter During Pregnancy?

The liver is on the right side of our body. So, if you sleep by pressing down on your right side, the posture mounts pressure on the organ. This can choke the liver and curb its natural functioning. Letting the body function at its highest potential is all we want, and it becomes a priority when you are pregnant. You would want nothing to come between your child and his nutrition. Hence, you should make more space for your organs to function normally. Sleeping on the left would obviously then become the option where the liver would get ample space to function optimally.

The prenatal stage has several steps where the foetus grows in size with each passing day. With each passing day, the growing baby starts putting pressure on the organs and blood vessels. Then, when the child starts moving, he needs more space. The cramped up belly would not offer much space for the baby to relax, and he starts kicking the bladder and headbutting into the mom’s intestines. Many find this amusing, especially those who are not experiencing it. But it is really painful. It becomes even more painful when it’s time to snooze. 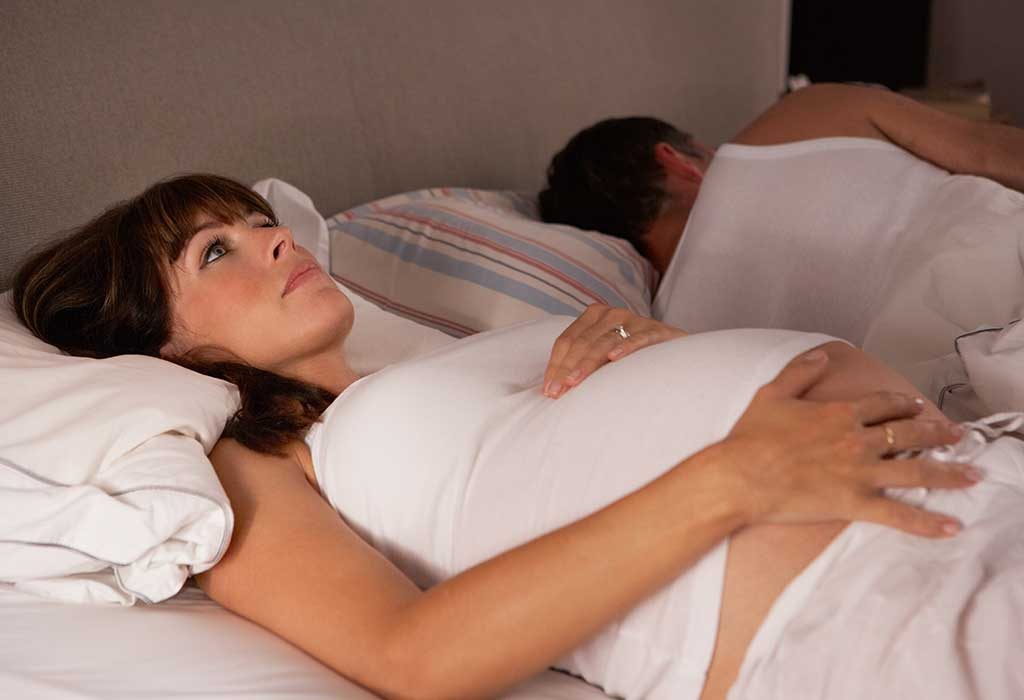 The Inferior Vena Cava or IVC is one of the many body parts that get affected by these daily changes. In a woman’s body, the IVC runs along the right side of the spine and goes down to bring back blood from the lower part of the body. Sleeping on the right can constrict these blood vessels.

The mother-to-be’s health is incredibly important during pregnancy. Avoiding putting pressure on the organs is a step that should be taken to maintain good health. When you put pressure on the IVC, then the vein passage gets choked, and blood passes in small amounts only. The lack of supply of the oxygenated blood to the heart and brain can make you feel a little woozy. If you sleep on your back, the child puts pressure directly on the IVC. Your child’s nutritional state depends totally on you. So, if you get less oxygen, then the child would get less oxygen as well.

To maintain optimal nutrition, what you can do is avoid putting pressure on the organs as well as the veins to let them function to their fullest capacity. Your sleeping body should lie on your left side to allow more space for the IVC. Researchers are yet to find anything conclusive on which side is the best, but ideally, it should be the left. 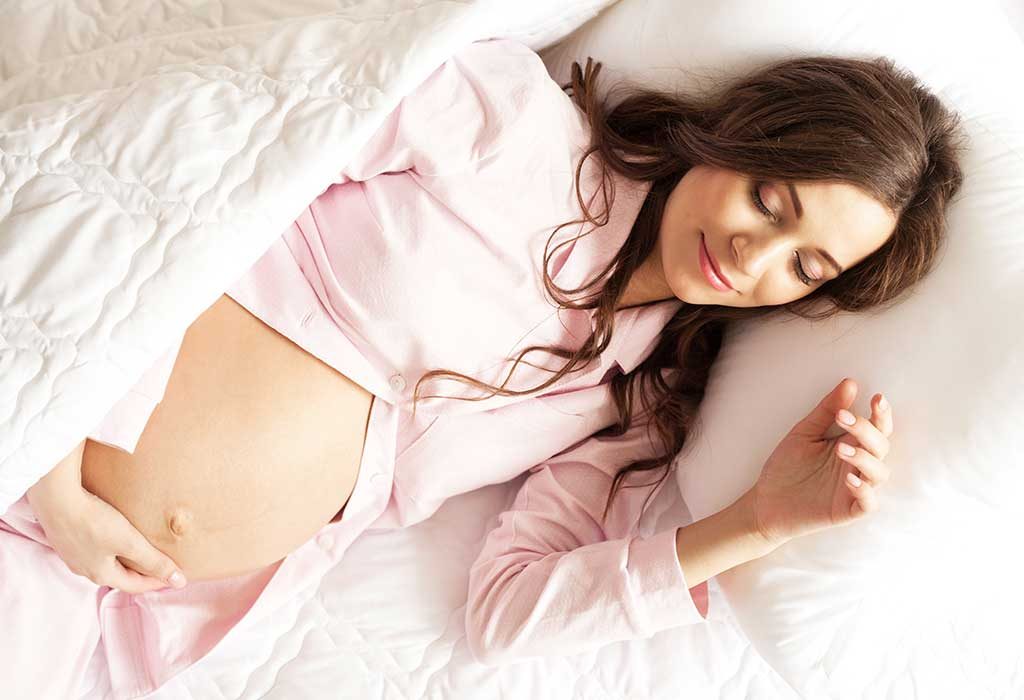 Why Do Doctors Recommend Sleeping on the Left Side During Pregnancy?

When the bloodflow to the heart decreases, the heart pumps less blood. And when that happens, a slight fall in blood pressure may occur. The IVC can receive pressure not just from the baby’s weight but from uterine muscle, amniotic fluid, placenta, increased blood volume, etc. This fall in blood pressure is also known as hypotension. Many mothers are safe from it, and they may not notice much variance. But you should always avoid such situations.

A healthy mother may not realise such a difference, and the child may cope up with such irregularities; but why give it a chance? It becomes all the more important if the mother has breathing complications or if she is suffering from blood pressure. Slight irregularities then can cause a ripple, and the child can get affected by that. That is why sleeping on your left side during pregnancy becomes important. 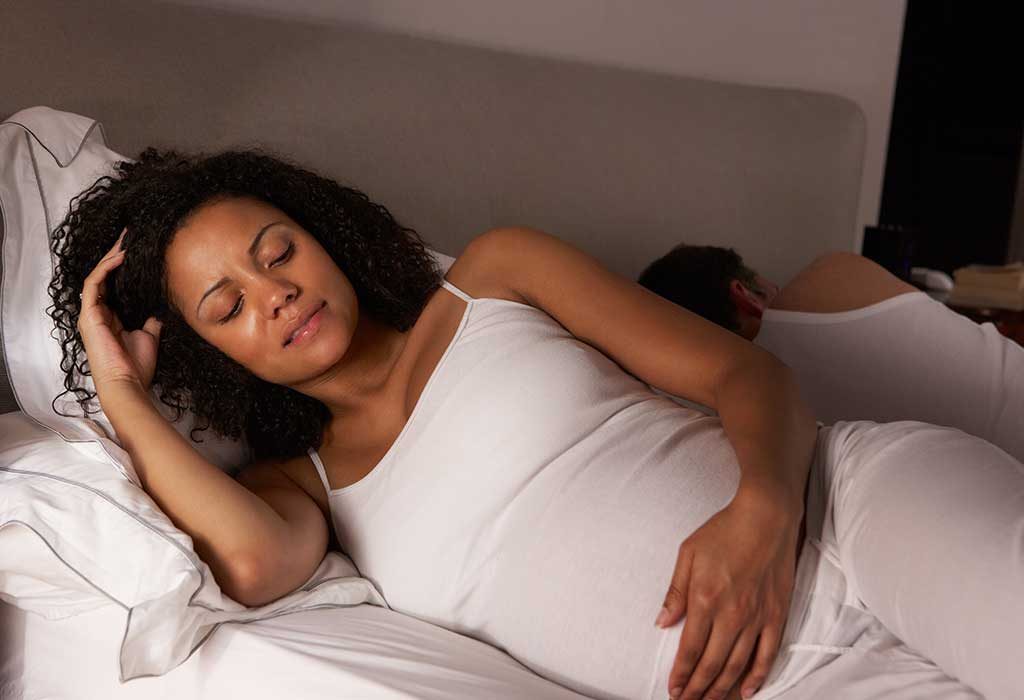 The significance of sleeping on the left side becomes paramount if the pregnant woman suffers from asthma or sleep apnea. It means the baby receives less oxygen than the optimum level. Sleeping on your back can only curb the child’s oxygen intake even more. Many studies have shown that the chances of stillbirth grow invariably with the supine posture of the mother during sleep. Records published in the PLOS One journal in 2017, show that the chances of stillbirth are 3.7 times higher when the mother sleeps on her back. One study in The BMJ has found a slightly higher rate of stillbirths in mothers who slept on their right side.

But whether you’re lying on your left or right side, sleeping on one side for ten long months is not at all a great idea. This can affect the mother’s body structure and can trigger body aches and pains. So, the best way to stay in healthy shape is to keep switching sides. At the same time, babies prefer comfort. If you are sleeping on the left, then the baby would invariably move to the right more to have ample space. But if you keep on doing this often, then this can trigger a condition that is called ‘right-sided babies’, which can cause back labour. Right-sided babies do tend to take refuge in the back, which can cause such a problematic situation. This would be uncomfortable, and the long labour caused by this can cause inconvenience. 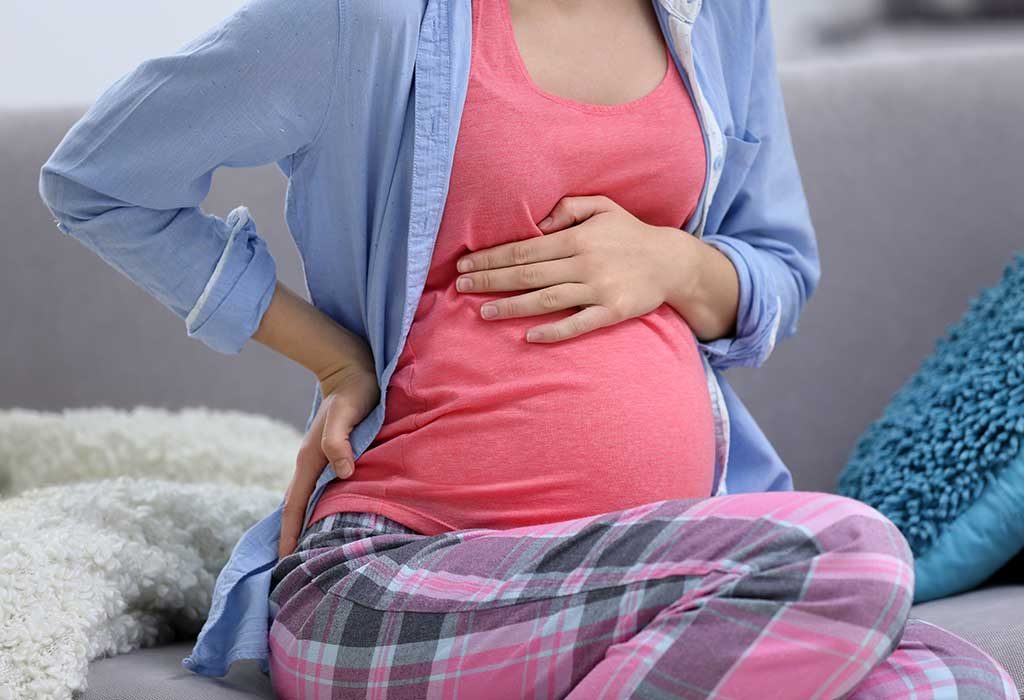 How to Sleep on the Left Side During Pregnancy

Well, there is no particular way to suggest how to sleep on your left side. While sleeping, finding a comfortable posture is more important. Having a sound sleep is what you should look for. Switching sides would allow the baby to explore the pelvic landscape better. But while sleeping on the left or right side, you can always try the exaggerated side-lying position. This particular posture requires you to lay a bit forward and rest mainly on the frontal part of your hipbone than on the belly. It would relax the belly and assist the baby in finding a comfortable position. For better support, rolling down a towel under the upper leg or the hip bone can allow the mother and the baby optimum movement. The bottom leg should be straight down, and the top one bent on the towel. This is to open up the hip area more while allowing the baby to rest in the pelvic region. Lying down more on the hip bone can cause sciatica where the nerves can get affected. This is a common type of lower back pain that can affect pregnant women and cause discomfort.

As far as when to start sleeping on the left side is concerned, it has no clear time frame. It is better to avoid sleeping in a supine posture as soon as the mom-to-be gets to know of her pregnancy.

The more the mother cares for her unborn child, the better the chances are for the baby to be born healthy. Little tricks such as sleeping on the left or right side while being pregnant can help. What matters the most is having a sound sleep.

How to Sleep during Second Trimester of Pregnancy
Sleeping Position during Third Trimester and Safety Tips
Sleeping on the Floor during Pregnancy – Is It Safe?

Previous article « Life Insurance – Importance and Types
Next article Is It Safe to Get a Vaccination for Whooping Cough During Pregnancy? »