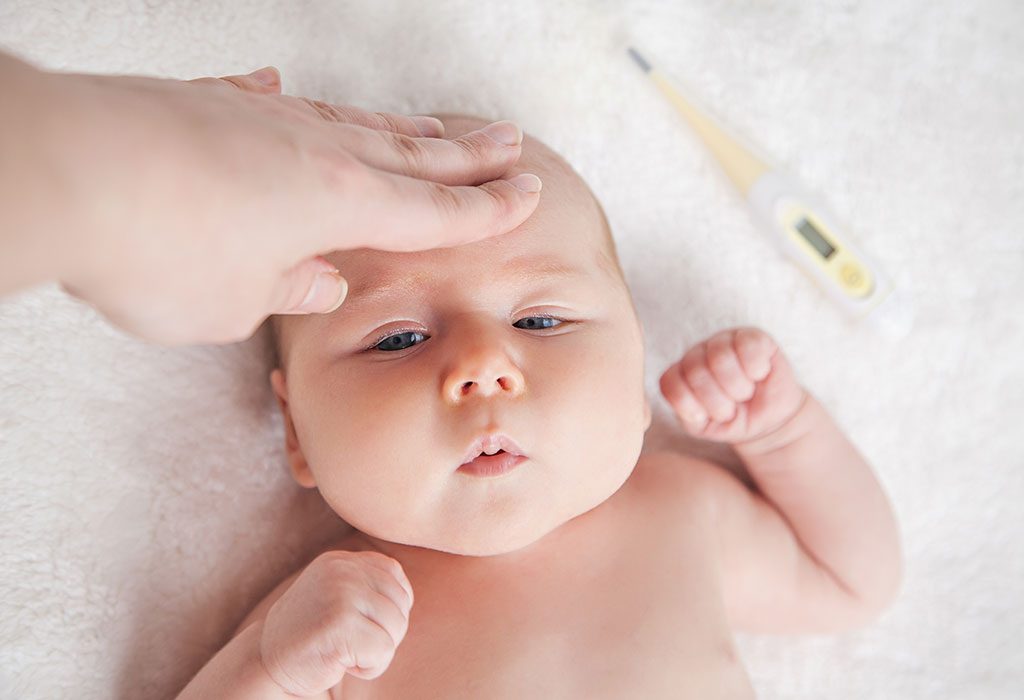 A whooping cough in babies, the bacterial infection once on the decline is staging a comeback and is on the rise in the recent times. A whooping cough also called pertussis can be particularly risky in infants because the infection may generate a sticky, thick mucus in the airway and the throat which can obstruct the breathing in babies whose airways are slight and whose lungs are still in the developing stages.

The human immune system is capable of fighting most coughs caused by viruses. But whooping cough may need medical intervention because it is a bacterial infection instead of a viral. A whooping cough in its initial phase may manifest itself in the form of cold-like symptoms. Whooping cough in babies if not treated timely and suitably, may convert into pneumonia which can be life-threatening.

What is Whooping Cough?

Whooping cough or pertussis is an infection of the lungs caused by a bacterium called Bordetella pertussis. The lung, windpipe, and airways may get inflamed due to the infection resulting in a violent, persistent cough. This kind of a cough may last longer and is usually more severe as compared to coughs caused by viral infections.

A whooping cough gets its name from the peculiar birdlike “whooping” sound an infected child tends to make during his efforts to breathe deeply between coughs. However, babies who get infected with whooping cough may not be robust enough to make this typical whooping sound.

A whooping cough can be extremely contagious. The air-borne bacteria is easily transmissible by direct physical contact or through simply breathing in the bacteria infected air. If an infected person happens to sneeze or coughs around a baby, the bacteria can pass on to the baby through the breathing process infecting the baby as well.

Causes of Whooping Cough in Infants

Infants are likely to get infected by whooping cough because it is highly contagious and can spread easily. The early symptoms of whooping cough may be similar to that of a common cold. So an adult may not be aware that he has a whooping cough until much later during which time he can transfer the infection to a baby.

Infants receive their first vaccination for whooping cough when they turn two. Even then they may not have sufficient immunity against the disease till they have received a minimum three whooping cough vaccination shots. Hence, they are dependent on others to provide them protection from the infection by being vaccinated and by not spreading the infection to them. Studies suggest that most babies get whooping cough from a member of their family.

Moreover, immunity from a whooping cough tends to wear off with time. So if an infant was vaccinated earlier, it is important to follow up the vaccination with pertussis booster vaccine as the child grows up to ensure protection from the disease.

Whooping cough normally starts with flu or cold-like symptoms such as a runny nose, sneezing, a mild cough which can persist for about two weeks after which severe and violent coughing begins. Some babies may also run a low-grade fever. This stage can last for a period of one to six weeks though it may get extended for up to ten weeks in some cases. An infected baby at this point may suffer from violent coughing bouts. An infant suffering from whooping cough will usually cough continuously for 20 to 30 seconds and then fight to breath until the next bout of coughing starts. The breathing may be laboured and strenuous.

The coughing spells tend to happen more frequently at night. During violent bouts of coughing, the infant’s nails and lips may become bluish due to lack of oxygen. In some cases, an infant may vomit or cough out a thick mucus. The “whoop” sound that an infant makes at the close of a coughing bout is the most obvious whooping cough symptom.

How Long Does Whooping Cough Last in Infants?

A whooping cough in infants may last up to 10 weeks or even for a couple of months in some cases. Though with timely treatment and proper care the recovery process can be hastened. Usually, an infected person is contagious for 3 to 4 weeks after coughing commences. So, if you suspect that your child got exposed to a person suffering from a whooping cough, it is better to consult your doctor for evaluation because the early signs of a whooping cough can be confused with a common cold.

What is the Incubation Period?

Incubation period or the period between infection and the showing of symptoms of a whooping cough may be 7 to 8 days but in some cases can spread up to 21 days as well.

Treatment for Pertussis in Babies

The doctor may suggest the following treatment:

In case hospitalisation is required, the doctor may put your child on extra oxygen and try to suck out the mucus to clear the airways and administer fluids through an IV.

It is important to complete the course of antibiotics as prescribed by the doctor. It is best to avoid over the counter cough syrups for treating the cough which as it is may not prove useful. A cough is in fact body’s natural way of clearing the airways. So suppressing it may not be a good idea.

Keep the baby in a clean, hygienic setting. Make sure baby’s room is free of irritations such as fumes, tobacco smoke, aerosol sprays that can further worsen his condition. You may use a cool-mist vaporiser to soothe the lungs. Feed the baby smaller meals at regular intervals to prevent the incidence of vomiting after a spell of coughing. Ensure that your child drinks adequate amounts of fluids to prevent dehydration.

Some of the preventive measures are listed below: Will Your Baby Immune or He Need to Get Rest of His Pertussis Shots after Having Whooping Cough?

It is not unusual for babies to get a whooping cough even after they are properly immunized although the infection may not be very severe. Infants who are fully vaccinated normally recover faster and may have a milder attack of the infection.

If not treated properly, whooping cough can develop into pneumonia or even encephalopathy (brain disease). It may also cause convulsions in babies. Therefore, it is advisable to call the doctor as soon as you notice something is not right.

Previous article « Introducing Cheese to Babies
Next article What Are the Right Clothes to Wear When Pregnant? »