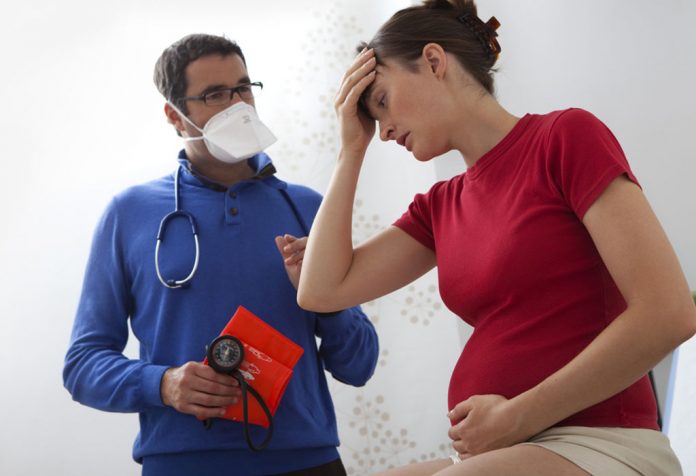 Being unwell at a time when your baby’s health is of prime importance isn’t a great feeling at all. Your good health is critical to ensure a safe and stress-free pregnancy. Fortunately, modern vaccination programs and advanced medications ensure that you are immune to many contagious diseases. Of course, it is not possible to avoid infections completely during pregnancy, but precautions can surely be taken to keep them away, and that is possible only if you have the awareness. In this post, we talk about some common viral infections that pregnant women need to safeguard themselves from. Let’s first understand how viral infections could affect pregnancy.

During pregnancy, it becomes imperative to know the kinds of infections that can make you sick. Since this makes the baby vulnerable to the infections too, prenatal care becomes quite critical during this period. Further complications can be avoided by getting necessary medical attention if you feel you have been exposed to an infection, serious or otherwise.

Generally known as BV, bacterial vaginosis is caused due to an imbalance in the bacteria in the vagina. The bacteria consists of good bacteria, known as lactobacilli, and help in controlling various other bacteria. This disparity happens when lactobacilli reduce in quantity, thus allowing other bacteria to grow uncontrollably. However, the reasons for this imbalance are unknown.

Generally, there are no symptoms of BV, but in some cases, the woman may experience a thin white, foul-smelling discharge. At such times, you can inform your doctor about it, so samples of vaginal secretions can be taken and tested for BV or any other infection. Also, you pregnant women must follow safe sex practices, quit smoking and refrain from douching or using soaps around the genital area to prevent bacterial vaginosis.

This viral infection is caused by the bite of a certain kind of mosquito. This mosquito-borne illness can prove to be dangerous to pregnant women and their babies if left untreated. Chikungunya virus can be transferred from the mother to her baby at the time of delivery, too. Chikungunya patients show symptoms of pain or swelling in joints, fever, headache, muscle pain and rash. Getting rest and drinking lots of water is the only way of treating the infection. Your doctor may also prescribe medication to relieve joint pain and fever. Wear clothing that covers your entire body, and make liberal use of pregnancy-safe mosquito repellents to prevent chikungunya.

Also known as UTI, it is a common infection that affects pregnant women. UTI can affect any part of the urinary tract and can go beyond the bladder. It can be caused by the bacteria present around the vagina, rectum, or on the skin around it. The bacteria travel upstream and enter into the urethra, thus causing the infection, which could also lead to.

When you are pregnant, your doctor will get you checked for hepatitis B virus during the first prenatal visit itself. This virus is known to cause liver damage and extreme illness and can be life-threatening, too. If you are infected with it during pregnancy, this virus can be passed on to the baby at birth.

This infectious virus spreads through the exchange of blood, semen, and other body fluids. Do not share needles, razors or toothbrushes where there is a possibility of blood. Also, avoid getting tattoos or piercing done at places that are unhygienic and unkempt.

HIV is the acronym for human immunodeficiency virus which destroys the body’s ability to fight infections in a gradual manner, by attacking its immune system. Unless treated in its early stages, HIV can prove to be fatal when it develops in AIDS (Acquired Immunodeficiency Syndrome).

You could get infected by HIV by having unprotected sex with an HIV positive partner or through the exchange of blood, semen or vaginal fluids. There are no symptoms initially for some, while some can develop flu-like symptoms. You should get checked for HIV when you are pregnant. If you test positive for HIV, treatment can begin to prevent the virus from spreading to your baby.

Commonly known as CMV, this is a virus from the herpes family and is often passed on to the baby during pregnancy. The baby could be extremely ill at birth, face many long-term issues immediately, and could also develop complications like reduced vision or hearing loss after many months or years. CMV virus can remain dormant in your body for years and can reappear when your immune system is low, like during pregnancy. This viral infection can pass on to your baby during a first-time pregnancy, and hence it is important to check for its presence. If the doctor finds CMV related signs during your ultrasound, or if you develop symptoms, he/she may suggest necessary tests. CMV spreads through sexual contact, mouth-to-mouth kissing or by coming into direct contact with an infected person’s saliva, urine, faeces, or tears.

The virus, varicella-zoster, is responsible for spreading this viral infection. If you contract this viral infection in early pregnancy or during the first trimester, you run the risk of passing it through the placenta on to your baby. If the chicken pox virus reaches the baby, it can lead to several birth defects in the child. These include leg deformities, hydro-nephrosis (kidney-related), retinal defects and cell loss of the brain’s cerebral cortex. A baby that contracts chicken pox from the mother during delivery can suffer from an abnormality of the central nervous system.

If you are not immune to chicken pox, avoid being around anyone who has contracted this disease. Anyone who has flu-like symptoms could be infected with chicken pox and can be contagious even before the rash begins to show on the body. Do not get the chicken pox vaccine while you are pregnant and wait for a month after the vaccine before trying to conceive.

Your child could suffer due to the infections you have, and it is best to prevent them by taking the necessary precautions. Do not ignore any such infection during or before pregnancy as it could cause irreparable damage to your baby if left untreated.

Importance of Hindmilk in Breastfeeding

Singing With Your 22 Months Old

Holi Safety Tips for Your Kids