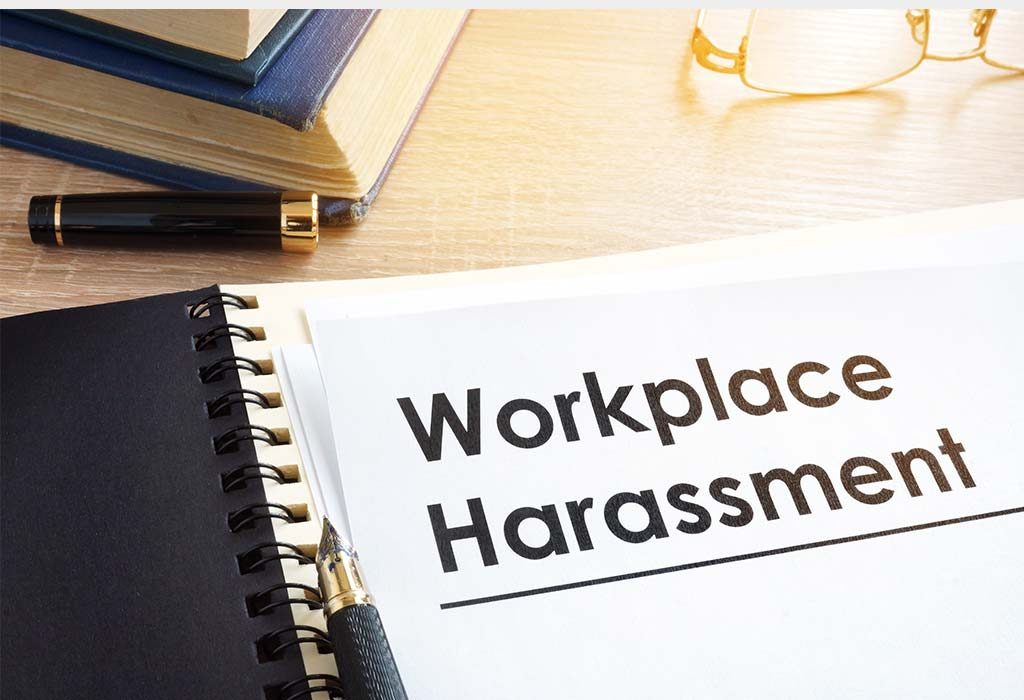 Workplace harassment is more common than we realise. It’s often the case that victims aren’t sure of what constitutes workplace harassment and what to do when they are being harassed. Many cases go unreported, and it continues to be a problem that can ruin jobs and turn companies into toxic, unproductive environments.

Types of Harassment on Workplace?

c. Religious Harassment: Religious harassment is often connected to racial harassment but is more specific on a victim’s religious beliefs. It can occur in the form of:

d. Disability-Based Harassment: It is the type of harassment faced by disabled individuals who experience bullying in the form of teasing, refusal to reasonably accommodate, patronising comments or isolation. It is mostly directed towards people who:

This is a workplace harassment act that is not based on any protected class that the victim belongs to (such as religion, race, and gender). Instead, it’s basic bullying which is not illegal but can cause damage nevertheless. It includes any behaviour that creates an offensive or intimidating work environment for the victim.

Some examples of personal harassment:

Physical harassment is also referred to as workplace violence and involves threats or physical attacks. When they go to extremes, they can also be considered as an assault. Physical gestures such as shoving with a playful intent can often blur the lines between what’s appropriate or not. Therefore it’s up to the person on the receiving end to decide whether the behaviour is appropriate or threatening.

The defining feature of power harassment is that there is a disparity in power between the harasser and the harassed. The harasser who is higher in the office hierarchy bullies the victim by exercising their power. In many cases, this happens between supervisors and subordinates. Power harassment can take many forms such as personal harassment, acts of violence or more often psychological harassment.

This form of harassment affects a person’s mental well-being negatively. Victims of psychological harassment often have feelings of being put down or belittled on a professional or personal level or both. Their psychological damage proliferates and impacts their work life, social life and physical health.

Examples of psychological harassment in the workplace:

It is common in the modern workplace to use internet-based apps to reap its benefits and appeal to the younger generation of employees. Instant messaging apps are frequently used for their speed, convenience and user-friend interface. There are many downsides to this technology that can be used by bullies to pick on their victim. Online harassment and cyberbullying is now a serious concern for employers.

These are some of the things the bullies may harass their victim along with many other things:

Retaliation harassment occurs in subtle ways and is often overlooked by many. It happens when a person harasses someone to get revenge for having already filed a complaint on them and to stop them from complaining again.

When translated, Quid pro quo means ‘this for that’ is a kind of exchange-based sexual harassment. The victim is offered job benefits if they agree to partake in some form of sexual conduct. In most cases, it’s a manager who is the harasser. Being a senior-level employee, they would have something of value which they offer for a sexual favour. It can also take place in the form of blackmail.

In exchanges for sexual or romantic favours, a victim may:

Third party harassment is a kind of workplace harassment where the perpetrator is a ‘third party’ – someone from outside the company. Unlike the usual cases where the harasser is a colleague, manager or supervisor, the third party is a supplier, vendor, client or customer of the company. The victims are often younger employees who are in ‘low-status’ positions such as cashiers, sales associates and so on. Their lack of experience and position in the company and often their reluctance to speak out as they are scared of losing their jobs makes them easy targets. As third-party harassment goes off the conventional narrative, it goes unnoticed and is often swept under the carpet. Regardless of how important the third party is, it’s the employer’s responsibility to take action immediately.

Verbal harassments are quite common and occur between employees usually. It can be a result of personality differences which end up in conflicts that have escalated from the casual eye roll to something serious. Unlike many of the discriminatory harassments, verbal abuse between people is not illegal. It usually manifests as someone who is often unpleasant and rude. Because of this reason, verbal harassment can often be damaging and demoralising to the workplace as people refuse to co-operate with the abusive person. Some of the obvious verbal harassment behaviours include cursing, yelling, threatening, insulting a victim in private or public. When verbal harassment is aimed at a person who belongs to a protected class, it can be unlawful.

How to Handle Harassment in the Workplace? 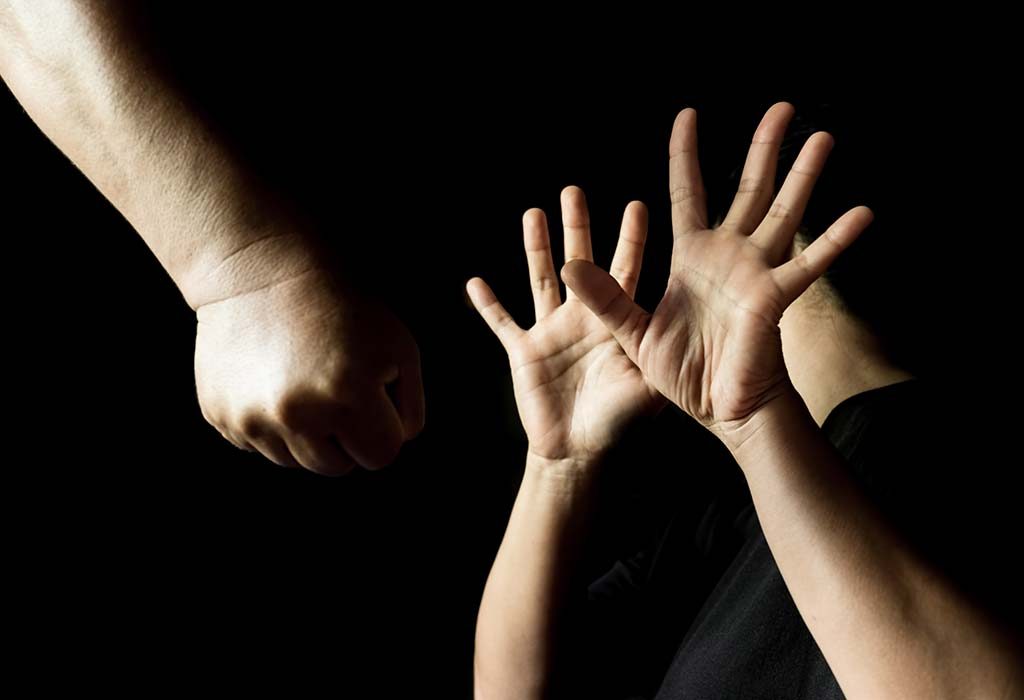 Most workplace harassment is never officially reported as the victims are often unaware of how to go about it. If you feel like you are getting harassed at work, here is how to handle the situation:

1. Make Use of the Resources

The initial step is to go through your company’s employee handbook. Your company would have an HR manager in charge of dealing with internal complaints. Talk to them about your legal rights, whether you decide to file a complaint or not.

Once you’re through talking to your supervisor, HR personnel or counsellor about the issue and you are completely knowledgable about the policies and procedures, report the harassment. File the report in writing or, if the issue is raised in a meeting, follow it up with a summary in writing. Retain a copy of your complaint and any response you receive from your employer.

Details matter, any harassment you experience must be written down in as much detail as possible. Include details such as date, time, places and potential witnesses. Also, write down the chain of events that pertain to the harassment. Since this record is important, store it somewhere safe, preferably at home where you can have access to it despite the consequences. Do not store it in the office safes or computers.

4. Band Together with Other Possible Victims

If you’re not the only person who is being harassed, get your co-workers to write down their experiences and report their incidents as well. If others are unwilling to write despite being harassed, mention in your report that there are others who have been harassed.

When your harasser is a supervisor, it’s possible they would defend themselves by attacking your job performance. Have copies of your performance including any performance evaluation, memos or letters that document your quality of work. If you don’t have them, try and gather through legitimate means. If the company policy allows it, review your personnel file and make copies of it. Store everything safely at home along with the rest of the documents.

If it’s possible to do so safely, get witnesses to corroborate your story. You will surely be able to find allies who have been harassed by the same person and are willing to support your case.

Have a list of all the important people and situations needed to be investigated in the initial complaint. This makes it easier for the investigating officers as they have all they need to do their job.

Although it is difficult, try not to be sidetracked by the incidents. Continue doing good work and maintain a meticulous record of everything.

9. Seek Support from Friends and Family

Talk to supportive friends and family members about your abuse and how you are dealing with it. Talking with others can give you much needed support and even some good suggestions.

Law and Other Options in India

When it comes to harassment at workplace, Indian laws that are applicable under the circumstances are as follows:

Although harassment comes in all forms, women more commonly face sexual harassment at work in general. The Sexual Harassment of Women at Workplace (Prevention, Prohibition and Redressal) Act-2013 lays down a system for investigation and redressal of complaints against sexual harassment of women at the workplace. It also has safeguards against malicious or false charges.

With sexual harassment of women at workplaces being a rampant problem, the retaliation of women against it gained momentum in the form of the #MeToo movement of India in October 2018. The mass movement gave many women in industries such as entertainment, news media, government and private sector to speak out and bring sexual harassment allegations against many men. The impact of the movement was seen in the form of resignation or firing of the accused from their jobs, disassociation and condemnation from their peers in their respective industries and the case of celebrities; anger from their fans or public against their actions.

Understanding and recognising workplace harassment is the first step to dealing with this toxic problem. It is imperative later to follow up with the necessary actions to put a stop on it and ensure it doesn’t happen again.