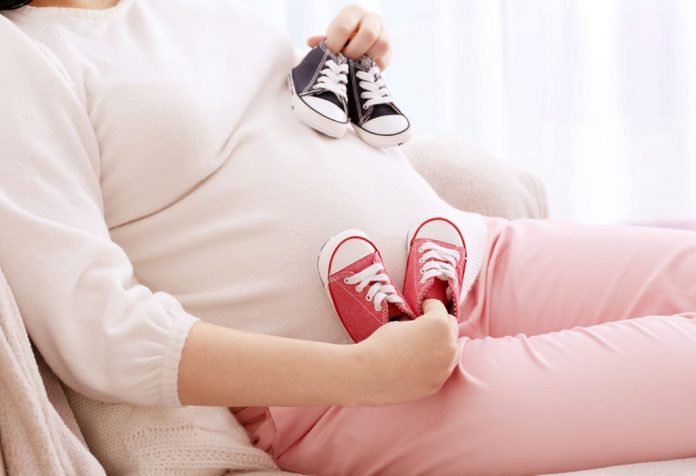 Many women who are pregnant suspect that they might be carrying more than one baby, but there are some women who get surprised when they come to know that they are expecting twins. If you are pregnant and you suspect that you are carrying twins, you will get to know that through an ultrasound scan, when you go for your prenatal appointment. However, there are several signs and symptoms of twin pregnancy that could help you figure out whether it is a singleton pregnancy or multiple pregnancies. If you want to know whether you are carrying twins or not, read on to know the early signs of twin pregnancy. But do remember that the signs of twin pregnancy often overlap with the signs of a singleton pregnancy, so checking with a doctor is a must.

As you know there are identical twins which look exactly the same and are always of the same sex and there are fraternal twins who do not exactly resemble each other and could be a boy and a girl. But what are the chances of conceiving twins and what factors determine this?

The chance of conceiving twins depends on the nationality, race, and age of a woman and whether or not she had had infertility treatment. Some other factors include the use of oral contraceptives, heredity, and nutritional factors.

Fraternal or dizygotic twins (the more commonly seen types) result from the fertilisation of two separate eggs. The less common types—identical or monozygotic twins—arise from a single fertilized egg that divides into two. A zygote normally grows into an amnion that forms the amniotic membrane or the water bag and the chorion that forms the placenta and the embryo that grow into a foetus. Depending on when monozygotic divides, there are different types of monozygotic twins: Blood and urine levels of β-hCG are generally high in case of a twin pregnancy, which is one of the early signs of twin pregnancy. hCG is the hormone which is responsible for the implantation and development of the zygote and is understandably higher when twins are conceived. If you have higher levels of hCG in the first 2 weeks, chances are that you might be expecting twins. Twin pregnancy, however, will be confirmed by a transvaginal ultrasound scan by the 8th week of pregnancy.

Many women experience exaggerated symptoms of pregnancy when they are pregnant with twins – experiencing extreme morning sickness is one such symptom. It is also called hyperemesis gravidarum, which begins in the first trimester of pregnancy and is associated with higher serum β-hCG levels. Women with multifetal gestation often have nausea and vomiting in excess as compared to women who have a singleton pregnancy. The morning sickness may also last for long in case of a twin pregnancy. However, the exaggerated symptoms may fade at the beginning of the second trimester.

Women carrying twins may be initially totally asymptomatic or may have normal signs and symptoms of pregnancy including breast tenderness, fatigue, nausea, vomiting and cramping. It is, however, possible that these symptoms will be exaggerated. But to feel what is exaggerated you need to first feel what is normal. So such intuition-based feelings are more common in a mother who has experienced singleton pregnancy earlier.

Some Other Symptoms of a Twin Pregnancy

2. Uterus Larger Than Date – Twin gestation may be suspected if the abdominal size is greater than expected during the time of menstrual cycles. The uterus and its non-foetal contents may achieve a volume of 10 L or more and the fundal height might be 5 cm higher than expected for singletons of the same foetal age.

3. High Blood Pressure – Women carrying twins may also have high blood pressure. In the initial stages of twin pregnancy, the diastolic blood pressure is generally low but it increases to a greater degree (2.5 times) at term. Also, there is an increased incidence of pregnancy-induced hypertension (PIH) and its related complications.

4. High AFP (Alpha-fetoprotein) Test Result – Alpha-fetoprotein is a blood test performed during the second trimester of pregnancy. It is also known as maternal serum alpha-fetoprotein (MSAFP) or multiple marker screening test, and is conducted to identify birth defects in children. In case of a twin pregnancy, the result of the test could be positive or unusually high. And the doctor may recommend an ultrasound scan for further tests.

6. Early Foetal Movement – Many women experience foetal movements from quite early on in their pregnancies. And sometimes, these movements are frequent too.

7. Breathlessness – Women who expect monozygotic twins, the excessive amounts of amnionic fluid may rapidly accumulate in their bodies and the larger uterus occupy more space in the abdomen. The maternal abdominal organs and lungs may get compressed and displaced by the expanding uterus and lead to breathlessness. While this is a common symptom of pregnancy in general, a woman pregnant with twins may be more prone to breathlessness.

8. Digestion Issues – These are common with singleton pregnancies too, and may add to your discomfort. In a twin pregnancy, as the uterus is larger, a woman may experience digestion problem even more due to the pressure on the excess pressure on the digestive system.

9. Insomnia – Multiple factors internal and external can deprive you of a good night’s sleep. The discomfort, the improper position, pain, increased breathlessness on lying down, and various psycho-social factors are responsible for poor sleep.

10. Extreme Breast Tenderness – It is an early symptom seen commonly from week 4 – week 7. It may last longer. In case of a twin pregnancy, a woman may also have increased pigmentation of the areola, around the nipple.

11. Frequent Urination – During early pregnancy, increased blood flow to the kidney tend to increase the urine output. In the later stages of pregnancy, there is an increase in the pressure over the bladder by the larger uterus. This impairs the complete filling of the bladder and hence the increase in urination.

12. Cramping – As the embryo implants on the inner lining, there will be some cramping as during menses. However, in the case of twin pregnancy, with two embryos implanting, the discomfort will be slightly more.

13. Fast Heartbeat – Increase in the heartbeat is secondary to changes in the blood pressure and blood volume. It is maximum in the last trimester.

How to confirm Your Twin Pregnancy Here’s how a twin pregnancy can be confirmed:

Careful examination with a foetal stethoscope can identify the heartbeats of the twins between 18 and 20 weeks of pregnancy. Palpating (feeling by pressing gently over the abdomen) two foetal heads can also help detect a twin pregnancy.

An ultrasound scan is the most reliable method for diagnosis of twin pregnancy. The optimal time for diagnosis is in the first trimester or early second trimester. If two separate placentas are seen, dichorionic gestation is diagnosed. It is important to know the chorionicity as soon as possible during pregnancy because it can affect future management decisions.

In the later stages of the first trimester, the foetal heartbeat may be detected with a Doppler ultrasonography. It is then possible to identify two foetal heartbeats if their rates are clearly distinct from each other and from that of the mother.

In rare circumstances when the diagnosis is not possible through an ultrasound scan, an MRI may aid the diagnosis. However, an MRI uses a magnetic field, and pulses of radiofrequency and there is some apprehension that it may not be advisable in pregnancy. An MRI can be performed in the first trimester of pregnancy, but it is advisable to consult a doctor about any possible side effects before opting for it.

If you suspect that you are carrying twins, the above symptoms will help you find out whether you are right or wrong. But we suggest that you check with a doctor to confirm whether or not you will be welcoming two bundles of joy in your family!

How to Prepare Your Child for School – Top 10 Tips