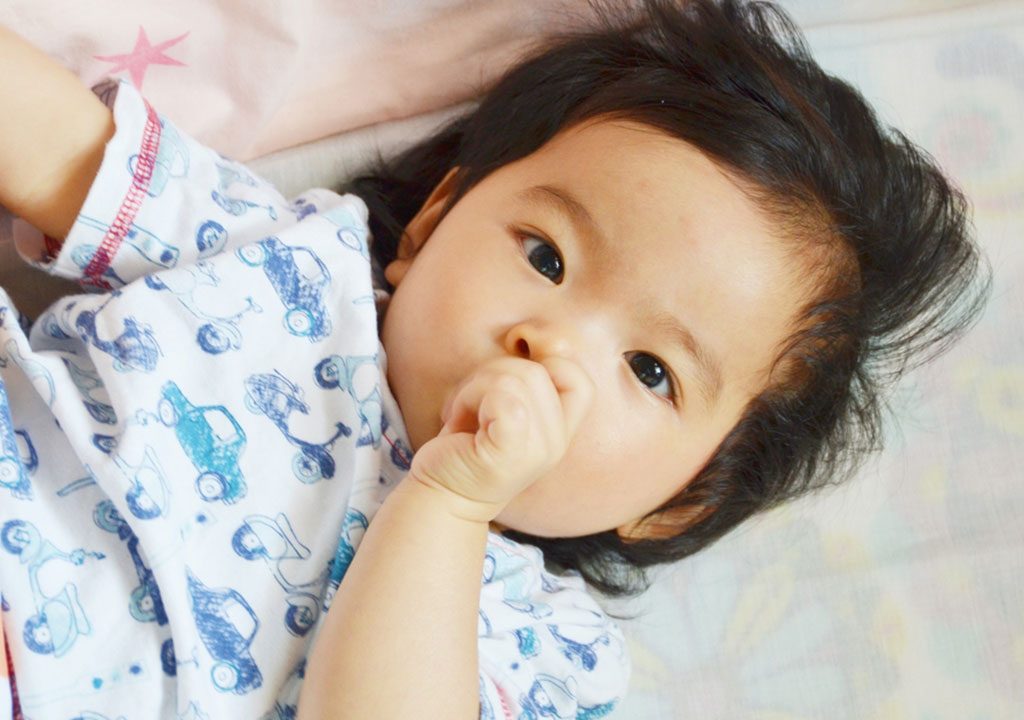 Ever had your infant aggressively suck their thumb for no apparent reason? Or are you the parent of a kid who unwittingly sucks his thumb? You may wonder if it is safe and hygienic for babies to suck their thumb and how to make them stop this habit. Below we’ll discuss why they do what they do and how you can help them kick the habit.

Is the Habit of Thumb Sucking Normal in Babies?

Why Do Babies Suck Their Thumb and How Long Does It Last?

There could be numerous reasons for a baby sucking their thumb. From beating away boredom to keeping anxiety at bay, it helps your child cope with the environment. While many parents look down upon it, it is actually an act of emotional maturity. It is a sign that the child is asserting independence. Rather than crying or seeking you out, they have used their own resources to adapt to their surroundings.

There is no right answer for the duration of thumb sucking as every child is different. As a rule of thumb (no pun intended), most kids stop it on their own after they are five years old.

Can Thumb Sucking Cause Any Problems?

During infancy, thumb sucking isn’t a problem. In fact, it gives you as a parent enough breathing room to pursue other activities. There are some misconceptions such as the belief that thumb sucking can cause speech disabilities. This is nothing but an unsubstantiated claim without any facts to prove it.

However, thumb sucking starts becoming a problem later as the child’s milk teeth begin to fall off. One of the thumb sucking effects includes its potential to interrupt the correct alignment of the teeth. It can also lead to an oral fixation later in life where they may replace the thumb with cigarettes, alcohol or binge eating.

When Should Parents Intervene?

As the main danger of thumb sucking is improper teeth alignment, parents should intervene when their kids begin to get their permanent teeth. The best solution is to follow a wait and watch approach. If they have not grown out of the habit even after they are no longer infants, you can use subtle ways to try to wean them away from the habit.

Here is a list of approaches that can be used to kick the habit: Below are the pros and cons associated with the two approaches used by parents to control baby finger sucking:

While parents being worried about their kids is understandable, you must realize that thumb sucking is natural to most infants. Though there are some inherent dangers to it, a gradual approach of weaning your kids over time is enough for them to kick the habit.

Previous article « Probiotics for Kids – Why is It Important?
Next article Cerebral Palsy in Babies & Children »