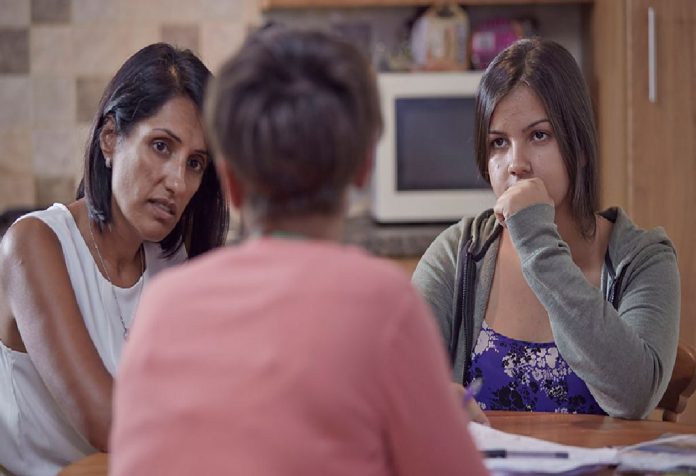 A lot of things have been said about periods, since times immemorial. We know of a lot of period myths that science struggles to debunk every day: periods are unhygienic/impure; women on their period should not enter the kitchen; women on their period should not be allowed to enter the temple; if you make papad while you are on your period, the papad turns red; your shadow shouldn’t touch other people; you shouldn’t take a head bath till the third day of your period. But THIS HAS TO BE the most ridiculous argument we have ever heard on the topic.

However, this recent claim coming from a bunch of female vegan bloggers has to be the most ridiculous one.

5 Period Claims Made By Vegans That Are Downright Ridiculous and a Lie!

There is a group of vegan bloggers that is claiming ridiculous things about periods. Not only that, they are offering girls and women solutions to ‘get rid of’ periods, ‘stop’ periods, or ‘reduce heavy period flow’ to a ‘mega light’ period. Not only is this kind of thinking ludicrous, it is also dangerous.

Here we have debunked scientifically the 5 main claims being made by these vegan bloggers:

1. “Menstruation is toxicity leaving the body.”

Menstruation is your uterus shedding its inner lining because the egg it produced failed to be fertilised i.e. because pregnancy was not established.

During the normal course of the body’s monthly cycle, the ovary produces an egg and releases it during a process called ‘ovulation’. If this egg is fertilised by a sperm, it marks the beginning of a pregnancy. In anticipation of this fertilisation, the uterus lining thickens (adding an extra layer of lining) and prepares for implantation of the fertilised egg, and its nutrition. However, if fertilisation does not occur, the egg is discarded from the body, along with extra inner lining. The process of these substances coming out of the body is called menstruation.

How can this be toxic?

If you must, you may look at menstrual blood as a ‘waste’ product of the body – just like urine, stools, and sweat. But it is certainly not ‘toxic’. In fact, if the body did not discard menstrual blood and instead held it within the body, or stored it (for whatever silly reason) – THAT would be toxic. So menstruation is in fact a good thing. It is a sign that your body is capable of bearing children. It is a sign that your body can nurture life.

2. “I just instinctively felt that I was still ovulating because I felt so good.”

If you understood the above process of how the menstrual cycle works, then you will be able to understand that: no egg, no period. Menstruation occurs to get rid of an unused egg. So how can the body produce an egg (i.e. ovulate), not use it, and still not throw it out?

Think about it: if this ridiculous claim were to be believed – if it was actually possible for women to ovulate and still not have a period – that would mean that a woman’s body is producing an egg that is not getting fertilised, but is also not being discarded!

So what’s to happen next? Is this woman going to have ‘half’-a-baby (because the egg was not fertilised by a sperm, but the body still wants to hold onto it)?

See how ridiculous that sounds?

You cannot ovulate and still not get periods. Nope. (Unless maybe you are some form of a highly-evolved super human being. Maybe.)

3. “A lot of people are having these heavy, heavy periods and painful periods because they have a toxic body or have a toxic diet.”

On an average, a woman’s menstrual flow is around 35ml. However, anywhere between 10 and 80ml is considered normal.

The menstrual cycle is nothing but the body preparing itself to bear a child, every single month. Now, it is obvious that if a woman is on a well-balanced, healthy diet, her body – and especially her uterus – will be able to better prepare itself. However, if a woman is not eating enough, or is not eating well (both is equally important), her body is going to be ill-prepared.

A normal flow is hence a sign of a good healthy nutrition!

On the other hand, the period pain results from the shedding of the internal lining of the uterus. It is important to realise here, just what is happening – an extra layer get added to the inner lining of your uterus every single month, and has to be discarded every single month. This requires a lot of energy. While the ‘addition’ of the layer comes easy, the ‘discarding’ is tough – your body is having to ‘kill off’ a healthy, living but unnecessary part of itself and throw it out. How the body does this is: it categorically cuts of blood supply to that part of the body, so that it ‘dies’ out and is then discarded.

Of course it’s going to hurt. But it is natural for it to hurt. There is nothing even slightly or remotely toxic about this.

4. “If you’re having a heavy, painful period, then get on a 100 percent high-carb, raw-vegan diet as soon as you can.”

There is nothing you can do about the amount of blood you shed during your period. Quite honestly, if 80ml is still considered normal, how can it be too much?

However, one thing you can ensure to minimise period cramps is: to make your body strong, and to keep your visceral fat in control. The only diet modifications you should be incorporating are those which help you achieve this. However it is important here to realise that visceral fat is necessary, and should not be entirely eliminated.According to NIH/WHO Guidelines on BMI, the normal visceral fat percentage for women is as follows.

A low-fat diet is hence recommended till the time that your visceral fat falls in the normal range. However, any kind of extreme diet – such as one that eliminates cooked food, proteins, and fats completely, and incorporates only raw foods and carbohydrates – is bound to leave your body very severely malnourished! Be wise.

5. “The industry has done a great job of brainwashing too many women into thinking that if they do not get their periods on a monthly basis, that something is wrong with their body and hormones.”

If anything, ‘the industry’ is in fact doing more than it ever has for us women in the past. There was a time when women had no other option but to use cloth sanitary napkins during their period. However, there are so many options now – we have tampons, we have menstrual cups, we have sanitary napkins.

‘The industry’ is in fact working towards making our periods safe, hygienic and bearable for us, more now than ever before. To think that they are trying to brainwash us in order to sell their products more, and to more people, is downright ridiculous. Not only that, it is utterly demeaning of the efforts that are being made by scientists, gynaecologists, and all people involved in this.

We urge you to please not fall for these and other such claims being made by ill-informed, probably delusional, and probably crazy fad dieticians and self-proclaimed ‘health experts’. While the weighing scale may tempt you to try such things, sometimes all you need is a dash of common sense to see through such ideas and realise how damaging they can be for your body.

Bottom-line: Periods are NOT toxic, completely natural, and totally normal. If you find anyone around you who tries to convince you otherwise, we highly recommend buying them a 12th standard Biology text book!

What I Have Learnt As the Mother of a Newborn

Quality Time With Family an Essential Part of a Relationship