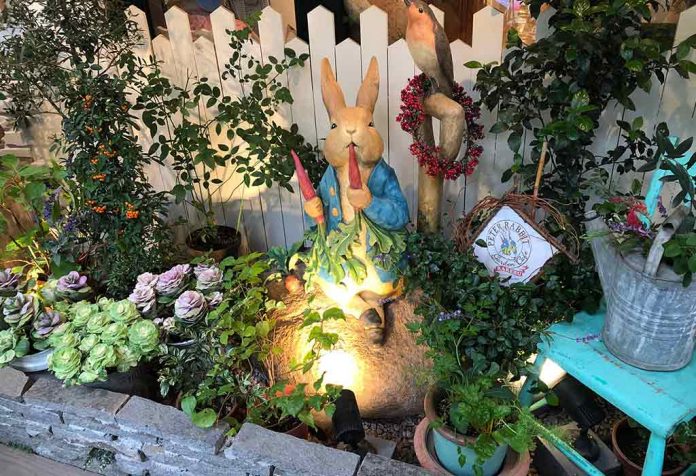 ‘The Tale of Peter Rabbit’ was written by Beatrix Potter somewhere in early 1893, though it was published only in 1902. All the illustrations in the original book were created by Beatrix herself, who was not only a good writer but an artist too!

Story of Peter Rabbit for Children

The story of Peter Rabbit teaches young children about the importance of listening to elders. This story combines humour and adventure (and colours) while teaching a moral lesson to kids. Here’s a summary of The Tale of Peter Rabbit that you can read to your child!

Young Peter Rabbit lived with his mother and three siblings, Mopsy, Flopsy, and Cotton-Tail in a sandbank, underneath the root of a huge fir tree. They were raised by their mother, and their father was no longer with them. He had wandered into the garden of Mr. McGregor and had an accident, where we ended up in a pie. The rabbits lived happily with their mother, safe from the hands of the farmer.

One beautiful morning, Mother Rabbit had to go to the baker to buy five currant buns and a fresh and hot loaf of brown bread. Before she left, she instructed her children to go out and play. She told them that they can go to the fields or down the lane but not to Mr. McGregor’s garden. She reminded them about what happened to their father at the hands of the farmer and cautioned them not to go anywhere near the farmer’s garden.

The good little Mopsy, Flopsy, and Cotton-Tail were obedient, and they scampered off down the lane, where they proceeded to gather up some juicy blueberries. Peter, however, was a naughty little rabbit. He had made up his mind that he would go into Mr. McGregor’s garden, despite the warning of his mother. He snuck away from his three good siblings, and off he went to the garden of Mr. McGregor.

Once he got to the garden, he snuck in through a hole he found in the gate. What he saw there took his breath away. The large garden was lush with vegetables. First, the naughty little rabbit nibbled on the lettuce. Once he had his fill of that, he moved on to the French beans. Once he was satisfied with them, he moved on to the delicious radishes. Once he was done eating as much as he could, he started to feel quite sick. He had eaten more than he should have, and his stomach was too full.

Peter decided to go ahead and look for some parsley to help him feel better, but once he got to the edge of the cucumber patch, he ran straight into Mr. McGregor. Mr. McGregor had been busy planting a patch of cabbages when he noticed little Peter Rabbit.

And a chase began. Peter hopped away from Mr. McGregor as fast as his little feet could carry him. He was trembling in fear as he hopped around, trying to find a way to escape from the garden. But, alas! Poor little Peter had forgotten the way back to the gate.

He hopped from one vegetable patch to another, losing a shoe among the cabbage patch and the other shoe amongst the potatoes. Losing both his shoes, Peter decided to run on all fours to increase his speed. Unfortunately for little Peter, he was not looking where he was going. As he was in such a rush to get away from Mr. McGregor, poor little Peter got stuck by his buttons in a gooseberry net. No matter how hard Peter Rabbit struggled, he was not able to shake himself loose. He was sure that he would be caught by Mr. McGregor and turned into rabbit pie. Peter began to cry in despair.

There were some sweet little sparrows close by, who heard the cries of the little rabbit. They flew over to him, and finding him stuck, they began to encourage him, saying, “Don’t give up. Keep pushing yourself and you are sure to get free!”

Peter listened to them and continued to struggle. He noticed Mr. McGregor walking toward him, sieve in hand.

As Peter was stuck by his buttons, he decided to slip off the jacket and run. He ran into the tool shed, and immediately hopped right into a can. But the can was filled with water, and Peter was wet and cold, causing him to shiver.

Mr. McGregor slipped into the tool shed, as he had seen Peter run towards it. While he looked around, little Peter could not hold back a sneeze. This alerted Mr. McGregor to where Peter was, and he tried to catch Peter. But the quick little rabbit hopped out of the window and ran.

Now very tired, little Peter sat down for a moment to rest. He still had no idea how to get out. As he looked around himself, he noticed a mouse running along. Peter called out to her, “Excuse me, do you know how I might reach the gate?”

But the mouse had a large pea in its mouth and could not answer him. She simply shook her head and ran along. Peter continued to wander through the garden, trying to find a way out. He soon began to cry, and felt that all hope was lost for him.

He happened upon a pond that had goldfish, and he noticed that a beautiful white cat was sitting quite still, watching them. Peter dared not ask her for directions, for his cousins had already told him of the nature of cats.

He snuck under a bush and hopped onto a wheel burrow on the other side. From there, he saw Mr. McGregor, who was busy hoeing the onion patch. Beyond Mr. McGregor was the gate to the garden. Luckily, Mr. McGregor had his back turned away from little Peter.

Very carefully, little Peter rabbit got off the wheelbarrow and made a quick dash for the gate. Though Mr. McGregor saw him and even called out, Peter did not stop or care. His eyes were focused on the gate.

Finally, Peter slid under the gate and scampered off into the woods. He was safe! But Peter did not stop until he reached his burrow. Once there, he fell onto the soft and comforting sand and fell into a deep sleep.

Meanwhile, at the McGregor garden, Peter’s blue coat and his shoes were hung up as a scarecrow.

Peter’s mother was cooking and wondered what he had done with his clothes. It was the second jacket he had lost in a fortnight. As Peter had jumped into the can of water while escaping Mr. McGregor, he fell very ill in the evening. Mother Rabbit put Peter to bed and gave him some hot chamomile tea and medicine. His siblings, on the other hand, had milk and bread, and blackberries for supper.

The Tale of Peter Rabbit is a great bedtime story for children. So read out this story to your kids and encourage the habit of reading in them.

Brilliant Cleaning Tips That Will Make Your Gas Stove Sparkle

Milk Supply and Positive Thoughts Are Directly Proportional to Each Other