Home Big Kid The Kind of Parent You Are Decides How Intelligent Your Child Will... 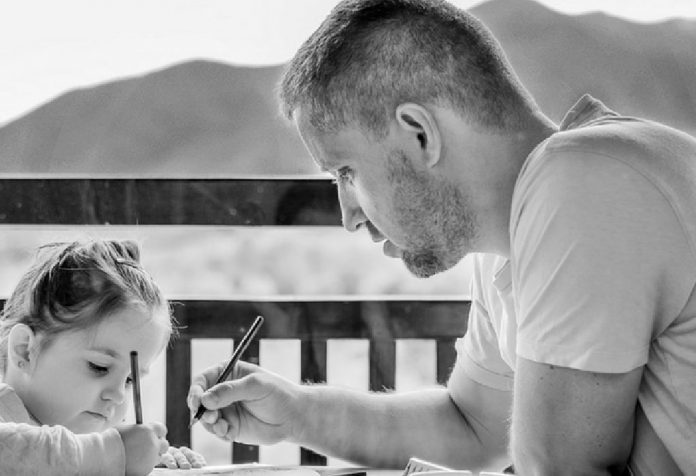 The kind of people we are, and the way we behave, directly decides how our children grow up to be. It is the parents who shape their children’s behaviour and personality, from as early as babyhood! However, did you know that the kind of parent you are can also decide how intelligent your child grows up to be? Yes! Experts have established that our parenting style is directly linked to brain development in children, and no, we are not at all talking about genes or DNA.

It won’t be an exaggeration to say – everything we say and do affects our children and moulds them for the rest of their lives. Children, when they are born, have very little control over their lives. In fact, human beings are one of the species that have the most dependent offspring, and also one with the most involved parents. The parents decide everything – from when the children bathe, to what they eat, to how much sun they get, even when they go to bed!

This puts us parents into a very uniquely influential position, even where the brain power of kids is concerned.

Even those of us with no academic background of biology and genetics still know – a lot about us is determined by our DNA-blueprint, our genes. While it is true that intellectual development in childhood is governed to a great extent by genetics, we are going to try and change that notion.

Imagine planting a seed that you harvested from the fruit of a strong tree – disease free, with lots of green foliage, and nice juicy sweet fruit. You might think that since the genetics of the parent tree are so good, the seed is bound to prosper and thrive. After all, it’s in them genes! However, do you think this planted seed will thrive if it is not given enough sunlight, water, air, fertiliser and all other things essential for growth and development?

Parenting plays a crucial role in making the child able to realise her full potential; it affects social and emotional intelligence development, and intellectual development.

“Let’s do this – unless you have a better option.”

Authoritative parenting allows both parent and child enough freedom with there being a set structure in place. Authoritative parents are those who expect things from their children, but do not crush or burden them with these expectations. They set certain standards and want their children to achieve them. But they also are responsive to the child’s demands, needs, and capacity, and do not interfere or try and control their child too much. Balance is the key here.

Cognitive Development in Authoritative Parenting
Studies indicate that authoritative parenting is more likely associated with better academic performance of children. A child being raised by such a parent will likely be well-adjusted. She will be able to gain useful life skills like being assertive, self-regulation, and being responsible. Such a child will exhibit most signs of an intelligent child, and is bound to do well in life.

Do you find yourself upset if your child does not do exactly what you want her to do? Do you get mad if she questions your thinking or decisions? Do you believe that irrespective of their age, children should always listent to their parents, no questions asked? Then you might be an authoritariamn parent.

The authoritarian parent is strict, discipline loving, and expects to be recognised as the ultimate authority. Such a parent will not be open to feedback or change suggested by the child. Authoritarian parenting involves well-structured and orderly home environments where everything has a set frame within which to exist/function.

Cognitive Development in Authoritarian Parenting
As can be expected, such a parent may force their child to do things the child doesn’t like or worse – isn’t capable of doing. We know of a lot of stories – through our experiences and through Bollywood – of children failing in life because they were forced to do things they couldn’t do.

Speaking of social and emotional intelligence, a child who has been used to following directives issued by the parent all her life, is likely to be ill-adjusted to making decisions and assessing situations. Such a child might be forever dependent on other people in life, and might also end up in abusive relationships.

Intelligence has been found to be linked with longevity in human beings. The Scottish Mental Survey that was conducted in 1947, concluded recently that having higher IQ actually reduced your risk of death from coronary and respiratory diseases, and even cancer by the time you turned 79 years old.

We all want our children to grow up to be successful, for which we hope and make efforts to make them intelligent, intellectual and smart. However, the above findings give us more than only a practical reason to want to contribute to our children’s IQ. And come to think of it, all we have to do is – be a good parent. Isn’t that wonderful news?

“You can do it, or not. Your choice. There are no rules.”

Also known as indulgent parenting, permissive parenting vests more authority in the hands of the child. A permissive parent will likely let their child get away with not doing things – homework, chores, etc. They will be more lenient and will not confront their child if she acts in a way that would ordinarily be regarded unacceptable.

Cognitive Development in Permissive Parenting
Permissive parenting style has been associated with lower average grades in school by many studies. Again, this might be an easy one to figure. If not taught certain things, children will not pick them up. It is easier to be lazy and slack about daily chores, good habits, personal hygiene, and yes academics too, if there isn’t some kind of authority that ensure it, within the home-space. The child of such a parent is likely to suffer in academics, and may also be quickly recognised as a spoilt child.

A neglectful parent neither expects of demands, nor provides or supports. This style of parenting is hence conspicuously uninvolved in the child and will not be affected by whether their child does well in school (or life) or not.

Cognitive Development in Neglectful Parenting
Two outcomes are likely in this kind of parenting style – either the child assumes all the responsibility of her life and becomes mature beyond her years, or she may go down a rather unfortunate path where she herself becomes as apathetic about academics, relationships and life as her parent seems towards her.

Other Factors That Affect Intelligence Development in Child

Several studies collectively indicate that while parenting style does affect intelligence development in children, a lot of other factors also play an equally important role. These factors are:

As parents, we must realise how malleable the young baby-brain is – anything and everything that the baby comes in contact with has the potential to make or break her, turn her life around. While that may make parenting look like a rather daunting prospect, all of us know it is also very satisfying and humbling. To think that a whole life is placed in your hands when your baby is placed in your hands at the hospital…that fills every parent with a sense of responsibility, love and pride at the same time.

Let these feelings guide you on your path to parenting, and we are sure your child will turn out just fine!