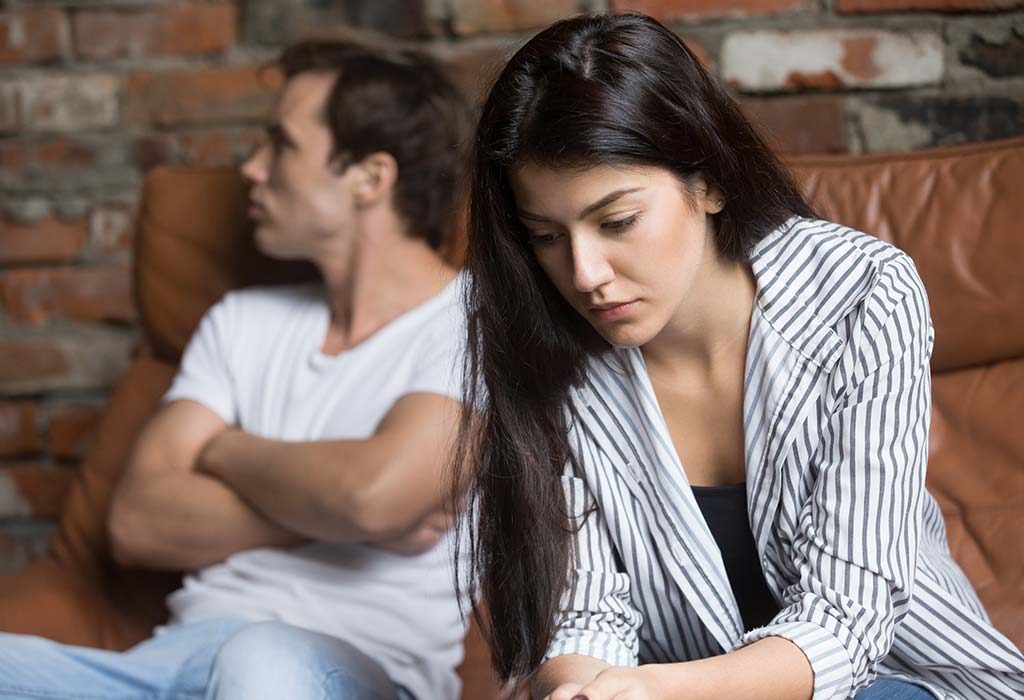 Ideally, marriages are meant to last for a lifetime – after all, you are promising your partner that you’ll spend the rest of your life with them no matter what the situation. And in the Indian society where divorce is still a much-stigmatised issue, the chances of partners (especially women) walking out on a marriage, however troublesome, isn’t extremely common, although the trend is now seeing a change. So, does that mean every marriage you know of is a truly happy one or have the partners just learned to adjust with each other’s flaws after years of togetherness? Now, we’re not saying that behind every happy couple lies an unhappy truth they’re hiding, no, not at all! But did you know that in a marriage, the 7th year counts as the make-or-break point when most couples consider divorce? If you and your partner are soon approaching the 7-year benchmark, don’t stop reading!

What is the 7-year Itch?

A psychological term for the decline of a relationship or marriage by the 7-year mark, it actually originated as the title of a 1955 Hollywood film. While the term in the movie meant dissatisfaction in a marriage after 7 years, the concept has since evolved and has become an umbrella term to include dissatisfaction over a long period of time in different matters – a job, the place someone lives in, etc. Again, in the traditional Indian context, where the concept of divorce itself is not so common, this doesn’t mean that you’ll be giving up on your marriage and walk out on the 7th anniversary of the occasion. But this phenomenon has been seen to have the backing of scientific data, so it’s definitely not just a silly fable or concept either! 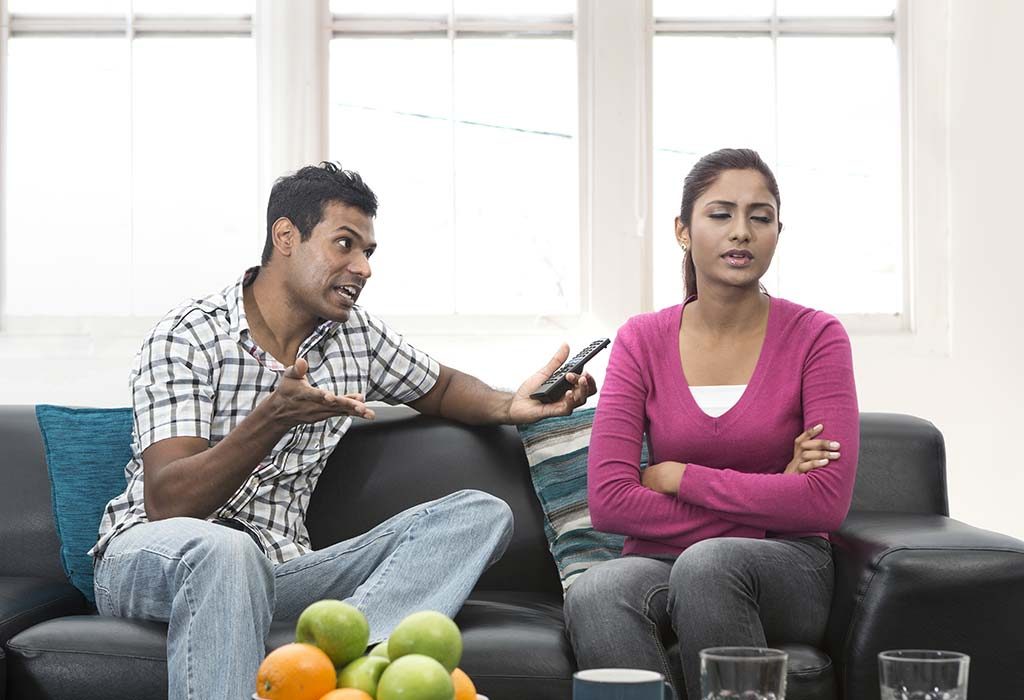 In a few studies conducted, it was seen that tension between partners rose to the breaking point usually around the 7th year of marriage, due to which divorce rates were higher. In fact, data samples taken from 1922 to 1990 actually showed that the median duration of marriages in the United States hovered around the 7-year mark, be it 6.6 in 1992, 7.5 in 1974, or 7.2 in 1990. In recent years, however, the time span seems to have reduced further to have come down to 4 years. It was also seen in a study conducted by the late Dr Lawrence A. Kurdek, a psychologist at the Wright State University in Ohio, that people with kids were more likely to experience a dip in their marital happiness around the 4th and 7th year! The first dip was mainly due to the ‘honeymoon phase’ wearing off while the second had more to do with the arrival of kids, whereby prioritising them and their needs took precedence over working on the marital relationship.

So why is it that your relationship with your partner might just falter around the 7th year of marriage in particular? Read on to find out some of the reasons.

1. You crack due to the monotony of your days.

By the 7th year, you’ve been married for a while, have a child or two, and basically, have had your roles change from being ‘partners’ to ‘parents’. Especially when your life centers around your kids, it becomes difficult to concentrate on your marital relationship, right? Your kids’ needs come first, your schedule revolves around them, your conversations are about them – you know what it’s like. After a point, the monotony of the same old routine can get to you, which you tend to take out on the marriage, because of the lack of a new or interesting avenue to channel your frustration.

2. You take your partner for granted.

Remember how in the beginning of your relationship, you’d look for any opportunity to shower love and affection on your partner? Sweet gestures like cooking special dinners every night, going off on long drives, dressing up just because your partner would love it, you probably did them all. Think back now – when was the last time you took an effort to impress your partner or make them happy? Seems like a long time ago, doesn’t it? While taking each other for granted does show that you’re secure enough with your partner to do so, it also could show that you’re not willing to take efforts to make your marriage feel special. 3. You rarely talk about anything other than the kids.

While you’re thinking about stuff, here’s one more thing to ponder on – when have you made the time to sit next to your partner, hold hands, and simply talk about something other than the kids recently? Do you know what’s going on in their lives, at work or with their friends or similar things? Do they know what’s going on in yours? Basically, are you living two different lives under the same roof? If so, there’s a good chance you feel like you’re doing things by yourself and can feel lonely and bored.

4. Additionally, you keep stuff bottled up.

At the beginning of a marriage, you may be a little shy about bringing up a lot of things, something that changes as you become more comfortable with your partner. But a few years with them can also make you purse your lips about certain things you feel there’s no point talking about. This can be about anything – dissatisfaction with your current situation, any physical or mental frustration you’re facing, even things about your sexual relationship. Keeping little things to yourself is always fine, they can be your little secrets. But if you’ve reached a point where you’re lying about stuff just to maintain peace or avoid confrontation, there is a problem. 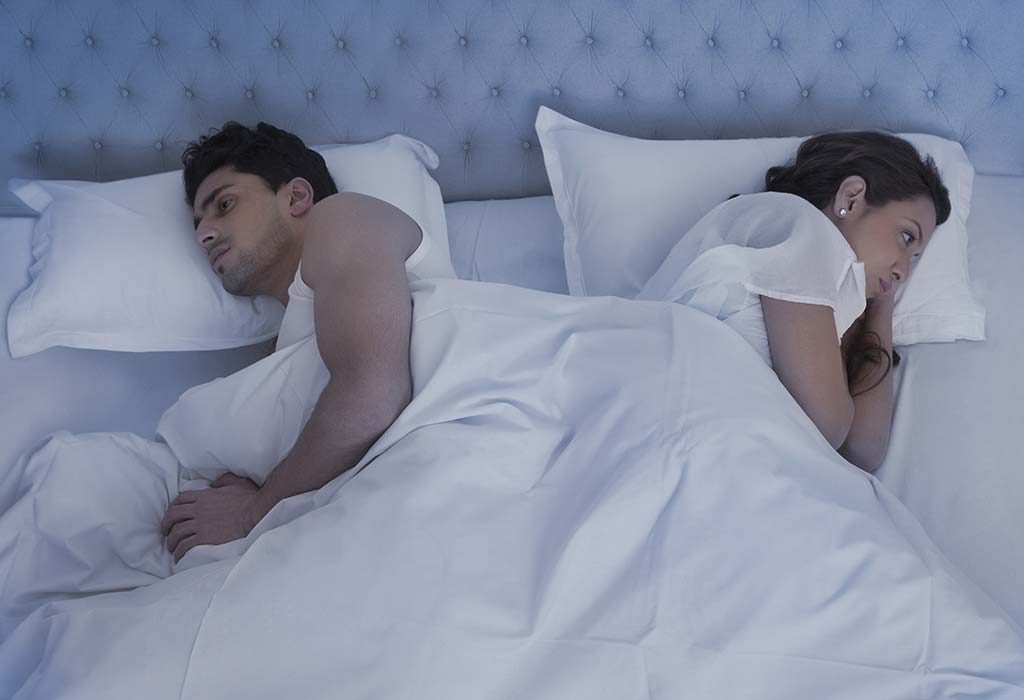 5. You don’t have any common interests.

You’re two different people so of course, you’re not going to have the exact same personality and interests. But if you don’t even make the effort to try and take up at least one of each other’s interests, you’re simply creating a bigger gap between you and your partner. While having alone time is a wonderful thing for both partners, it shouldn’t be that you’re always looking to spend time alone and away from each other!

6. You both handle life at different paces.

You and your partner may see the concept of time from two different angles – what may seem like ‘too fast’ for you may seem like ‘too long’ for your partner, and vice-versa! Especially at a point when you or your partner feel like you’re stuck in a rut or that things are not really moving along as expected, this point of view differs. For example, if you’re all too patient and can wait for as long as needed for something to happen, for you, time might be pacing along just fine. But this logic won’t apply to your partner if they’re someone who likes things getting done quickly without much of a waiting time. So what might seem like a short phase of boredom to you might seem like a never-ending one to your partner. This is probably why there’s a lack of effort put into reviving the marriage, or why one may feel that things are fine while the other is panicking over how slowly things are progressing.

How You Can Get Over the ‘7-year Itch’

For your marriage to successfully move past the ‘7-year’ hurdle, you need to be quite conscious of the role you play in your marriage. Don’t think of the effort you’ll have to put in as ‘hard work’; think of it more like ‘paying attention’ to your relationship. If it’s worthy of keeping in your life, there is some fighting you’ll have to do for it! 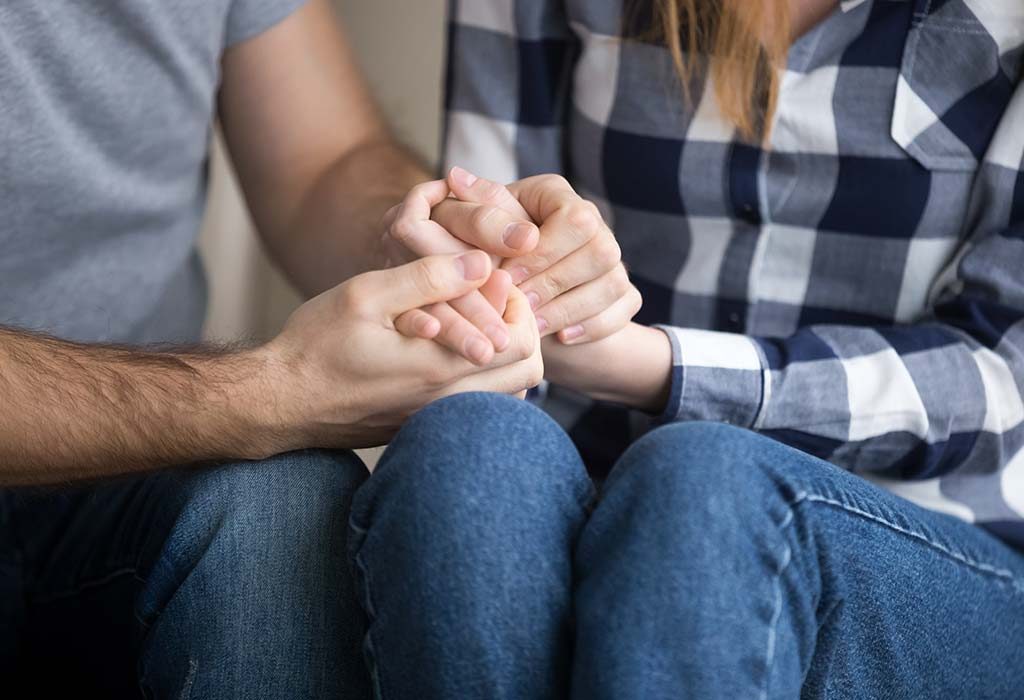 1. Remember why you’re grateful for your partner.

Taking someone for granted happens when you’re so used to their presence in your life that you don’t realise their value. But that should never be the case! Your partner is your strength and backbone and the parent of your children, so the role they play in your life isn’t something to dismiss as unimportant. Remember with gratitude what they’ve meant to you and have done for you. And then, be vocal about it – go tell them why you’re so grateful to have them in your life! Also, it’s time for those romantic gestures to make a reappearance in your lives! Little things like planning a simple date night can help you and your partner cherish your relationship and climb out of that rut!

It’s quite easy to compare your life to that of someone else, especially when they post all about it on social media. But it’s important to remember that behind the #couplegoals pictures you see lie two people who are just like you – human, imperfect, and with their fair share of problems. Just because they’re not putting their issues on display doesn’t mean they have everything you want! If anything, they could be wishing for what you have – you never know! Stop pressuring yourself to attain perfection in your relationship; it already is beautiful and special! 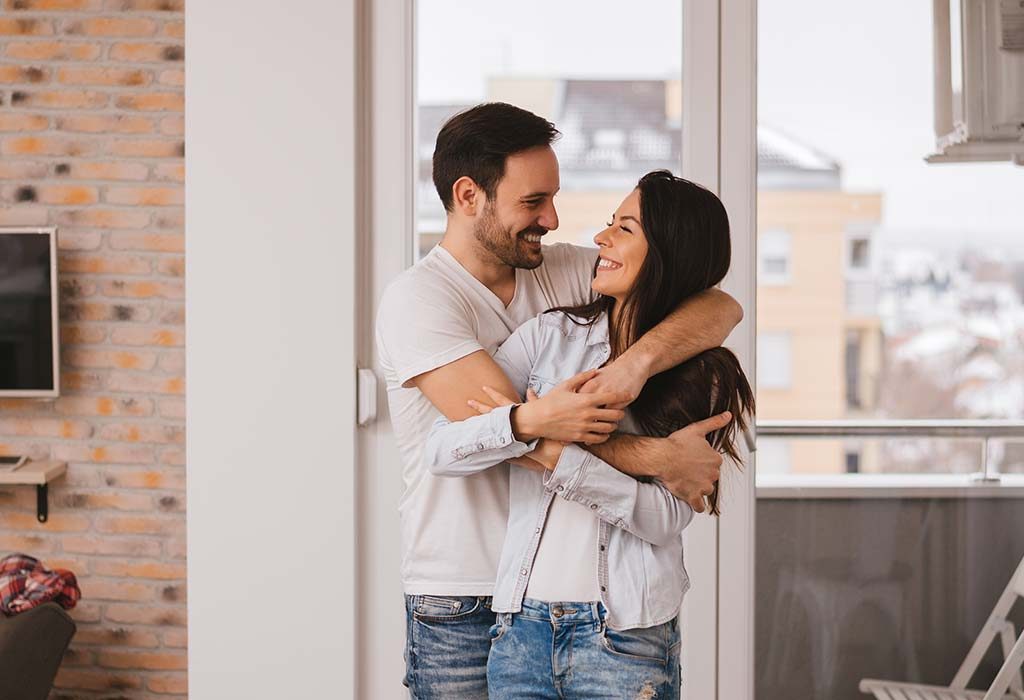 Proper and regular communication to strengthen a relationship isn’t just a cliche, people! Keeping niggling issues to yourself and going over them excessively and obsessively is neither helpful to your partner, nor to you. It’s time to open up and have that honest conversation. Put it all out in the open – you and your partner are both mature enough to have a real discussion or a productive argument, where you can find solutions to issues. Similarly, in the case where both of you tend to process time differently, there’s nothing a heartfelt conversation can’t fix. After all, you guys have made it this far successfully, haven’t you?

4. Find yourself some much-deserved ‘me-time’.

If you’re constantly feeling bored and complain that there’s nothing new or exciting happening in your life, it’s time to take charge of the situation yourself. After all, no one else can do this for you! Find time for yourself, even if it’s just half an hour a day to do something you love. Me-time has been highly chanted about but it isn’t overrated at all – you’ll see when you experience it! 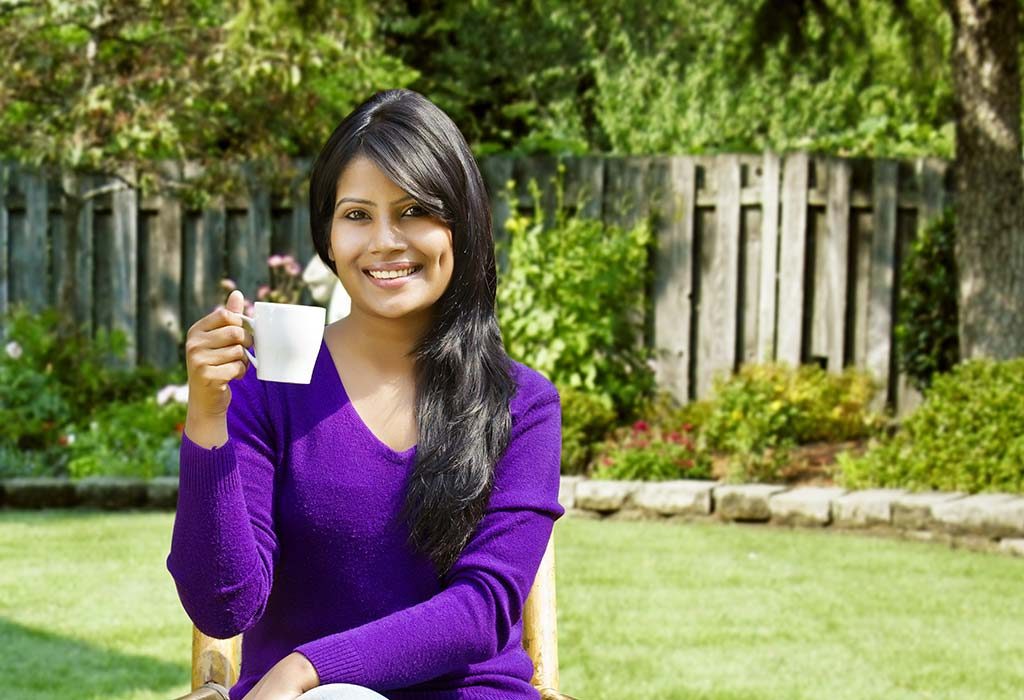 5. Find yourself some much-deserved ‘couple time’ as well!

Doing an activity that both of you love, together, is important to forge and strengthen your friendship with your partner. It gives you something to talk about or something to look forward to; it becomes your ‘something special’! Take up a common hobby and designate a fixed time for it so that you’re regularly indulging in ‘couple time’ with your partner. While you’re at it, ‘couple time’ can also mean simply dedicating time to sit with each other, cuddle, talk, and just be intimate with each other.

The above reasons for why relationships face a strain around the 7-year mark may not sound like incredibly strong reasons over which a marriage can actually break. And you know what, they shouldn’t be either! After all, you and your partner have been together, happily for that matter, all these years and there’s no reason that it shouldn’t continue. No matter how long it’s been and who’s come into your life – remember, you’re partners as much as you’re parents! 4 years, 7 years or 25 years, it doesn’t really matter. You’re in it for the long run and it’s going to be a beautiful journey!

Previous article « Vaccination – the Key to Healthy, Sickness-free Living for Babies
Next article Things to Do on Akshaya Tritiya to Avail of Its Spiritual Benefits »