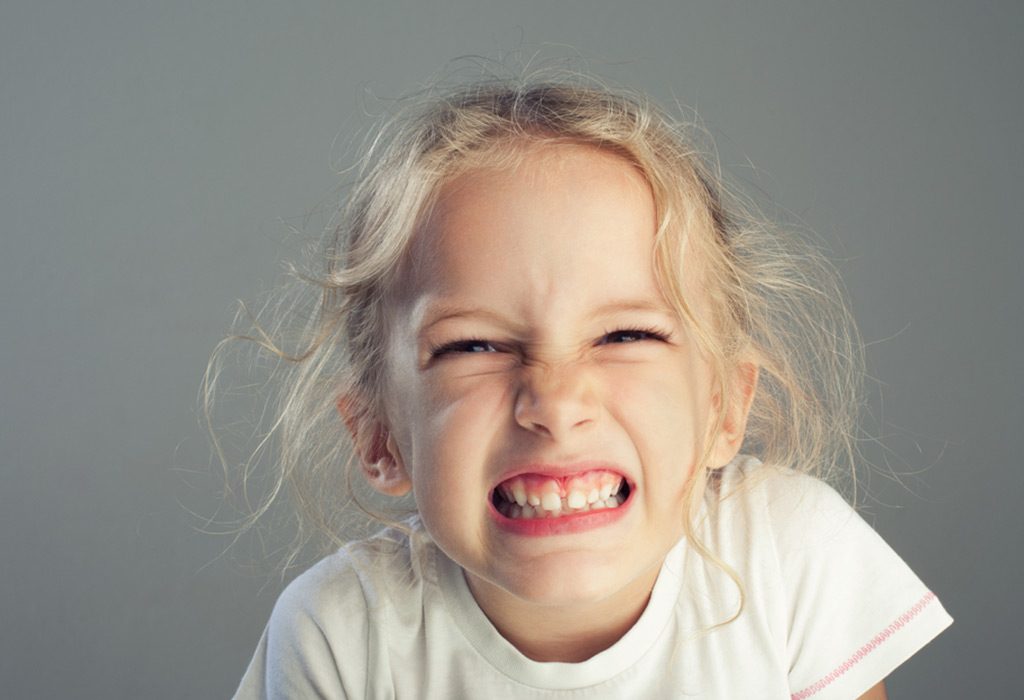 Instead of listening to the sweet sound of your child’s breath while sleeping, have you ever heard their precious pearly whites grind against each other? Ever noticed your child grinding his teeth while asleep? This is known as bruxism, and some of the issues involved include jaw and face pain.

How Common is Bruxism in Children?

Bruxism is common in children. Children between the age group of 3 ½ years and six years are most likely to experience them. The exact extent of Bruxism is still unclear as a child grinding teeth at night may not even be aware that he is doing it. Causes of Bruxism in Kids

Experts are still unclear about what triggers Bruxism; however, there are some suspects.

A child grinding its teeth while sleeping can be attributed to negative emotions such as stress and could be a coping mechanism.

Teething has been linked to teeth grinding in toddlers. They tend to do this because it helps ease the pain, just like we use our hands to soothe sore muscles.

This is the imperfect alignment of the teeth that can cause irritation when the jaw is closed. Studies have shown that there is a strong connection between Malocclusion and Bruxism.

A study conducted showed that there was a relationship between pinworms and Bruxism. It is inferred that intestinal parasites release toxins that lead to nervousness and anxiety, thereby, leading to teeth grinding.

A study conducted has partially linked allergies to Bruxism. Researchers suspect that irritation in the inner ear can lead to children grinding their teeth to ease the discomfort.

A study conducted showed that children who were given drugs such as anti-depressants and anti-psychotics showed an increase in Bruxism. It is perceived that changes in the neurotransmission are responsible for teeth grinding.

Symptoms of Teeth Grinding in Kids

Some of the symptoms in children suffering from Bruxism include:

How Long Can it Last?

Most children grow out of it. They stop grinding their teeth by the time their permanent teeth develop. However, there are instances when grinding teeth can be observed in older kids. This is most likely due to anxiety and will stop once the source of anxiety is addressed. It has also been noted that children who have emotional problems such as aggressive behaviour also have an increased risk of prolonged Bruxism.

Researchers have found it difficult to give a proper estimate on how long it lasts, as many children grind their teeth unknowingly. It is also observed that in many cases parents have become aware of the problem only after the physical symptoms have reached an unbearable stage.

Side Effects of Bruxism Treatment for Teeth Grinding in Children Bruxism has been linked to poor nutrition, and it is considered that a deficiency of calcium and magnesium may be the cause. Since these elements help in the proper functioning of the nervous system, a lack of them may induce teeth grinding. Make sure that your child has enough milk, spinach and other green leafy vegetables included in the diet.

This is a device that is kept inside the mouth to prevent the teeth from touching each other. It can be applied just before going to sleep and removed the following morning. However, dentists do not recommend this approach unless a child has his permanent teeth in place.

Exercise can help in reducing stress as it helps in the production of endorphin, a natural painkiller. This reduction in stress can help reduce teeth grinding.

In case you are not able to do anything to stop the grinding, do not hesitate to consult a doctor.

It is unfortunate that researchers don’t have a satisfactory explanation for teeth grinding. However, the good news is that, in most cases, the condition disappears soon after it arrives. Only a handful of cases exist where dental intervention may be required. The best that you can do to prevent teeth grinding is to make sure that your child lives in a stress-free environment.