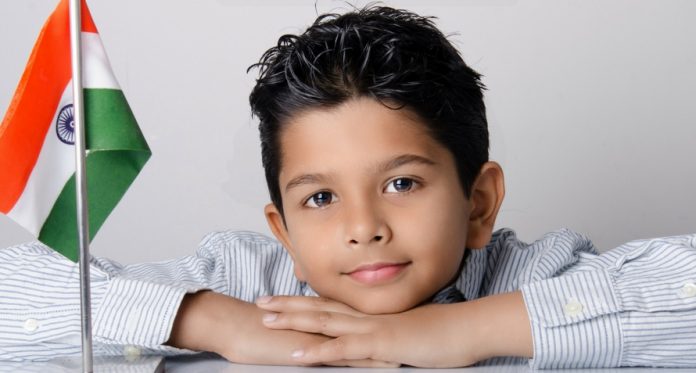 Teaching children about Republic Day is a great way of instilling patriotism in them. It will give them a sense of belonging to the country they’re born in and will help mould them into responsible citizens. So, this 26th January, make an effort to explain to children the significance of the Republic Day of India and make it fun for them by celebrating it in a kid-friendly manner.

The freedom we enjoy today is a gift given to us by those valiant freedom fighters and great leaders who fought for our country’s independence from British rule. It is our duty, as parents, to make sure that our children love and respect their country, keep patriotism alive.

Most children get confused between Republic Day and Independence Day. So it’s important first, to explain to them the difference between the two. Tell them that although India got its independence from British rule on 15th August 1947, it did not become a republic by adopting its newly written Constitution, until January 26th, 1950. Make sure the children understand this distinction.

Here is some fun trivia about Republic Day.

1. Who hoisted the flag on the First Republic Day?

The first President of India, Dr. Rajendra Prasad hoisted the flag on the first Republic Day of India.

2. When was the first Republic Day celebrated?

The first Republic Day was celebrated on 26th January 1950 at Rajpath, New Delhi.

3. Which is the longest Constitution in the world?

You guessed it right! The longest constitution in the world is the Indian Constitution, containing 444 articles in 22 parts with 146,385 words.

4. Where was the first Republic Day parade held?

The first Republic Day parade was held in Rajpath, New Delhi. It is a ceremonial pathway in New Delhi, India, that runs from Rashtrapati Bhavan through Vijay Chowk and India Gate to the National Stadium in Delhi. To this day, we have been following the tradition of celebrating Republic Day at Rajpath with great pomp. We often remark that this younger generation lacks a sense of patriotism. However, if you want your kid to grow up feeling connected to his country, start teaching him to love and support his country from a young age itself. Don’t just see 26th January as a public holiday – as a day off from work, but use this day as an opportunity to inspire in your kid pride for his country’s rich legacy, history, and the value of freedom.

Cute Baby in Pumpkin Photo Ideas for Your Little Ones

18 Raksha Bandhan Songs To Dedicate To Your Brother Or Sister

Failure to Thrive in Children