Home Big Kid Talking to your Kids About Domestic Violence 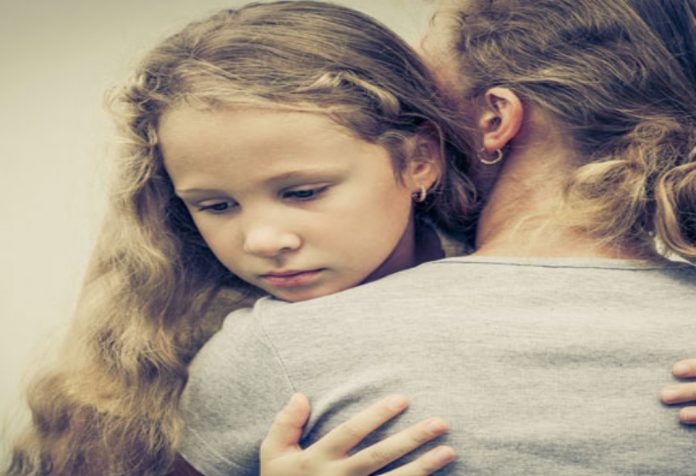 Millions of kids around the world are exposed to domestic violence. As a parent, talking about domestic violence with your children is absolutely necessary, if you or they have borne witness to it. Learn how to get them to open up about an issue that’s frightening them and is very real.

From time immemorial, domestic violence is an issue that has plagued and still continues to plague the society. Perhaps, the biggest victims of this kind of violence are children whose parents or guardians have criminal tendencies, have gone through an incarceration or use drugs and alcohol excessively. The innocence and sense of security of such kids, who have either seen or have been a victim of domestic violence, gets shattered after going through the ruckus. Therefore, as a parent or a guardian, it’s your responsibility to discuss the issue with the kid, in case you unravel that he/she has borne witness to it. But, first let’s look at how domestic violence can impact kids.

You may take the pains to protect your children from domestic violence. You may even try to shield them from seeing you suffer, if you are the victim. However, the truth remains that most children will at least hear what’s going on. Not only will this be frightening for them, but it can turn their world upside down. Here’s a look at the impact of domestic violence on children:

Complaints of stomach aches, headaches and bed-wetting are common among kids who experience or witness domestic abuse. They can have poor eating habits and may exhibit unnatural or frequent tiredness. Difficulty while sleeping is also common. Children may also self-harm and harbour suicidal tendencies.

The emotional effects of domestic violence on children can be extreme. Anxiety and depression are common, as are aggression and low self-esteem. Kids can exhibit animosity toward the aggressor and even the victim for that matter for failing to stop the violence. They may face difficulties in concentrating on studies, which can eventually lead to poor grades. This can further exacerbate the already jarred feelings of low confidence, reduced self-esteem and frustration. It’s very important to speak to your children if they or you have been a victim of domestic violence. Understand that domestic violence can take many forms. Physical assault is just one of them. Verbal, emotional, sexual and even abuse for economic or financial reasons constitutes domestic violence.

Children may not want or know how to broach the topic. You can initiate a discussion by letting them know you’re ready to listen. Don’t force it out of them; rather, give them time to talk about it. With time, you’ll notice that the child opens up to speaking his heart out.

Try to find out what they’ve seen or heard. The more you know, the better you can talk about domestic violence. Keep in mind the age of your child at all times. The conversation you have with a teen can’t be the same as that with a five year old.

3. Keep Your Emotions in Check

Children are very alert to the emotions of others. If you’re not feeling put-together enough to talk about domestic violence, don’t. A calm attitude is absolutely necessary as your children should be made to feel that you’re in control.

4. Stop The Conversation on Time

Don’t drag the talk just because you want to get everything out in the open. Children may be willing to discuss only so much, while very young kids will have a shorter attention span. You can always talk more at a later time.

Domestic violence is a tricky issue to discuss with children. However, that should never stop you from talking about it. Kids should be made to feel that they can open up and that they have a solid support system in you and in other people they trust.

8 Home Remedies for a Rash on Baby’s Face

Income Tax Exemption – Must Know Advantages Having a Child Can Provide