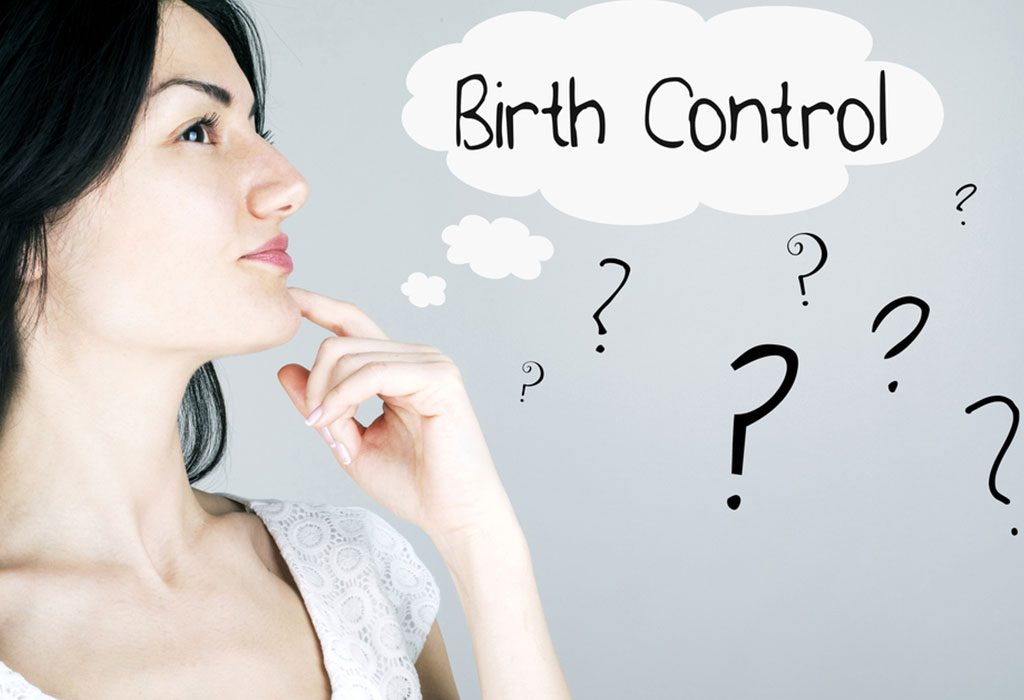 Birth control is the preventive method couples use to prevent unwanted pregnancies. Some birth control methods like the pill, shot, implant and a few others work by changing the hormones to a certain extent using progestin (a synthetic version of progesterone, a hormone that our body naturally creates), which stops your eggs from leaving the ovaries and thickens the cervical mucus, preventing the sperm from getting through. Others like condoms and cervical caps simply act as barriers, preventing fertilisation.

Birth control really helps a couple who is not ready for a baby, but when they think they are ready and want to take a chance, the first step would be stopping birth control. But stopping control can have certain effects on your body. If you’re looking to stop birth control in order to increase your chances of conception, you must learn about the different types of birth control, the effects of stopping them, and what happens to your body after.

Also known as the Depo-Provera shot; it is an injection whose effects last for three months, after which you will need to go for a follow-up shot.

How to Stop: Do not get the follow-up shot that is due every three months if you want to start trying to get pregnant.

What Will Happen After Stopping: One of the most common side effects of stopping this shot is irregular bleeding. These side effects are long-lasting, often going on for several months after stopping the shot.

Also known as Nexplanon or Implanon, it is a tiny implant the size of a match-stick that is inserted into your arm and that projects progestin into your body. It offers protection from pregnancy for up to four years. How to Stop: When you decide you want to get pregnant, you can always revisit your doctor and have it removed.

What Will Happen After Stopping: Once the implant is taken out, your cycle should return to normal pretty soon. A healthcare professional will guide you on how to take care of your skin as it will be bruised for around two weeks.

It is a chemical birth control method that works by doing two things: stopping the sperm from getting to your egg by blocking the entrance of the cervix, and by ensuring that the sperm cannot move well enough to get to your egg. You need to use this with a diaphragm or a cervical cap otherwise it won’t work so well. They come in creams, gels, foam, and suppositories.

How to Stop: Simply stop purchasing and using spermicide products.

What Will Happen After Stopping: Once you stop, you can get pregnant straight away with no side effects.

This small ring is inserted into the vagina, and it stops the sperm from reaching the egg by using estrogen and progestin.

How to Stop: The vaginal ring can be removed after 21 days; one full cycle.

What Will Happen After Stopping: The hormones in the vaginal ring may take a while to dissipate, and this will cause irregular periods. Regular ovulation will occur around 13 to 28 days after removing the ring, though, some women do not get their period altogether for up to six months after stopping.

One of the more commonly known ways of birth control, there are a plethora of pills available in the market. In order for the pills to work, they need to be taken at the same time every day. They come with other health benefits too, such as improving your skin and stopping menstrual cramping. How to Stop: You can stop taking your pills at any time you choose, though it is advised to wait until the completion of the cycle.

What Will Happen After Stopping: You will need some time to adjust to your body not receiving the hormones from the pill anymore. Spotting or bleeding may occur in between your periods. You may also experience an irregular period for a few months, but it will soon go back to normal.

Female condoms are small soft plastic pouches that are inserted into the vagina before sex. It covers the inside of the vagina, stopping the sperm from fertilizing the egg. How to Stop: As female condoms are meant to be inserted before sex and not worn throughout, you can always choose not to use them before intercourse if you want to get pregnant.

What Will Happen after Stopping: They are pretty much the same as the male condoms, and if you stop using them, you can increase your chances of conception.

To be used hand in hand with spermicide, the cervical cap blocks your cervix and prevents any fertilization from occurring.

How to Stop: Like female condoms, this simply requires you to stop putting them in before sex.

What Will Happen After Stopping: As they do not need the use of any hormones to work, they do not leave your body with undesirable side effects. If you stop using them, you will get pregnant.

A contraceptive that can be worn on the skin of your stomach, butt, back, or upper arm and that releases hormones into your body. A new patch is to be worn every week for three weeks, with one week break. How to Stop: Stop wearing the patch if and when you plan to conceive.

What Will Happen After Stopping: It can take up to one or two months for a woman’s period cycle to go back to normal once she stops using the patch.

What If You or Your Partner is Sterilized

Sterilization for women is called tubal ligation or tubal sterilisation and is a permanent solution to avoiding pregnancy. This should only be considered by women who are planning on never having children. There are two ways to go about it; one is where the fallopian tubes are cut or tied; the other by putting tiny inserts to block the fallopian tubes. If the egg cannot pass through the tubes, then it will not be able to get fertilized by sperm. The procedure for sterilization in men is called vasectomy. This procedure closes the tubes that carry the sperm out of a man’s body.

Both procedures of reversal for men and women are very expensive and involve complicated surgeries. Sometimes the tubes are severely damaged during the sterilization, making reversal surgeries unsuccessful. The more time passes between the sterilization surgery and the reversal, the less chance there is of it succeeding. Even if the reversal is successful, there is not always a guarantee that a pregnancy will occur.

In the case of tubal ligation, the chances of success in pregnancies after reversal range from 31% to 88% depending on different cases and how it was done. Women who have had a tubal ligation and then a reversal are also at a higher risk of an ectopic pregnancy. This is a situation where the egg is fertilized outside the womb and is extremely dangerous. In the case of a vasectomy reversal, the chances of men impregnating women are around 30% to 75%.

If the attempts at reversal fail, then both men and women have the option of in vitro fertilization treatment to get pregnant. In this treatment, the sperm and the egg are combined in a laboratory and then placed in the uterus through the cervix. But this treatment can be expensive.

The decision of sterilisation should be taken after careful planning and after checking with your doctor.

1. Pregnancy is Possible Right After

A lot of people think that once they come off their birth control, they have a small window where they will be unable to get pregnant. This is the case for some but not all. For a few women, it is possible to get pregnant within one week of stopping your birth control. If you do want to get pregnant and are not one of the lucky few who is able to conceive so soon after, do not stress. The average amount of time it takes for your body to go back to its natural cycle is around two months.

As stated earlier, your cycle will most probably take a couple of months to go back to being normal. During this time of transition, you may experience spotting, heavier than normal flow, less or no flow at all. All this is normal, and things will begin to flow smoothly for you once again once your body readjusts to not receiving the hormones it used to while you were on birth control. Cramping, acne, and mood swings are a few of the woes faced by women during the menstrual cycle. If you are one of the women who start birth control to control these, then you can expect their return once you stop. However, if you never really suffered from such severe symptoms and were on birth control for other reasons, then you will not have to worry about this. Your cycle will basically return to how it was before you started on birth control. On the flip side, some women experience changes in their cycle, especially those who have been on it for a long time. For example, if you started on birth control when you were 18, and you are now 30, your period may be different from what you remember as periods have a way of changing throughout a woman’s lifetime.

Those who have been on the shot may sometimes have to wait for around six months for their period to go back to normal, even though it is made to last in the body only for three. If you want to try for a baby soon after stopping birth control, this option is not for you.

While certain types of birth control allow your body to return to its natural cycle very soon after stopping their use, there are others that require a period of adjustment before your body starts to regulate your menstrual cycle like normal. Remember, if you have been on any of the hormonal methods mentioned above, your entire cycle will have changed by the time you stop. This is due to age and lifestyle more than the actual birth control method. For these, ensure that you consult with your doctor if you want to get pregnant, especially if you started taking birth control measures in order to stabilize your menstrual cycle or to help with the symptoms that come with it. This is important because hormonal methods inhibit the symptoms a woman feels during her cycle and a woman may not be able to recognize signs of ovulation once she stops birth control.

Previous article « 15 Number Recognition Activities for Preschool Kids
Next article Sex During Pregnancy – Is It Safe or Not? »