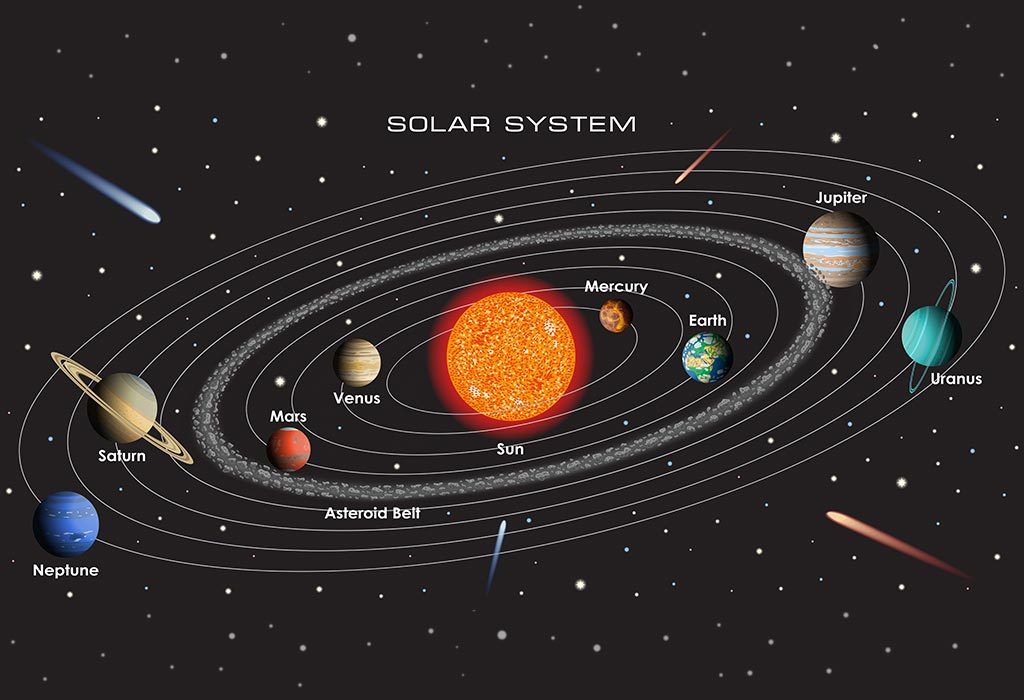 When we talk about the Solar System, we realise that we are nothing but a speck of dust in the universe. Do you look up in the night sky and wonder what is out there? If you do, then you are probably interested in knowing all that you can about the Solar System. The sun, the planets, and countless smaller bodies fascinate us. If you want to know more about them, read on.

What Is the Solar System?

Our solar system is made up of the sun, the eight planets that orbit the sun, and the countless smaller bodies such as asteroids, comets, and dwarf planets. The sun which lights up everything is actually a star and everything orbiting it is is bound by gravity. There are eight planets that orbit the sun namely, Mercury, Venus, Earth, Mars, Jupiter, Saturn, Uranus, and Neptune. Pluto which was the ninth planet has now been classified as a dwarf planet along with other dwarf planets like Eris, Ceres, Makemake, and Haumea.

Facts About the Solar System for Children

Here are some interesting facts about the solar system that your children should know.

1. The sun is far away from the Earth.

The distance between the sun and the Earth is about 150 million kilometres. The light from the sun travelling at a speed of 300,000 Km takes about 8 minutes to reach us. To help your kids understand better, here is an example they would like – If you decide to drive to the sun by your car at a speed of 100km/hr, it would take you a little over 171 years to get to the sun.

2. Years ago, people thought that Earth was the centre of the universe.

For thousands of years, people believed that the Earth was the centre of the universe and that the sun, planets, and stars orbited the Earth. But astronomers like Galileo and Copernicus showed otherwise by developing a model that explained the movement of the planets around the sun.

3. Most of the Solar System’s mass is contained in the sun.

The Sun contains 99.86% of the mass of the solar system, followed by the planets Jupiter and Saturn. The rest of the planets and asteroids make up a very small percentage of the Solar System’s Mass.

4. The inner planets are composed of rocks and metals.

The four inner planets—Mercury, Venus, Earth and Mars—are smaller and are mainly composed of rocky matter and metals. They are also called terrestrial planets.

5. The outer planets are composed of gases.

The outer planets of the Solar System—Jupiter, Saturn, Uranus and Neptune—are mostly made up of gases such as hydrogen and helium. These planets are also called ‘gas giants’. 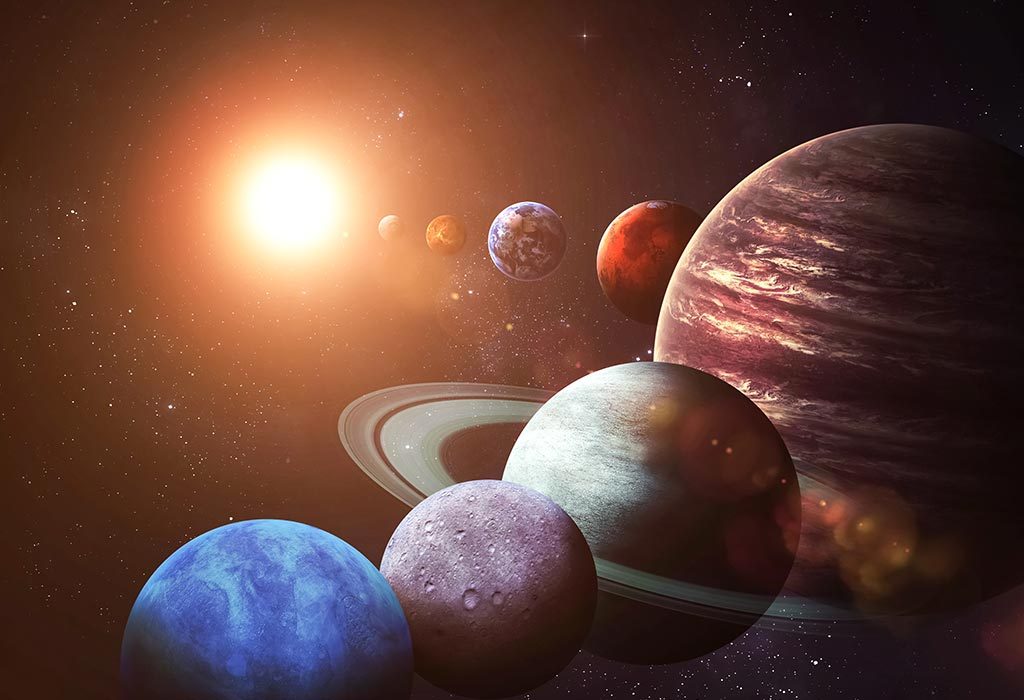 6. Jupiter is the largest planet in our Solar System.

Jupiter, the gas giant, has a diameter of 142,984 km. It has dozens of moons and a Giant Red Spot, which is a planetary storm that runs across it.

Although Saturn’s rings are can be seen through telescopes. The rings are around 30 ft in thickness. However, some parts are several kilometres thick and are mostly made of dusty ice and debris.

The sun is a massive ball of hot and dense gases, mainly hydrogen and helium. It has a surface temperature of 5,500 degrees Celsius. It is about 5 billion years old and is expected to last 5 more billion years.

9. Venus is the hottest planet in our Solar System.

Although Mercury is closest to the sun, the presence of thick carbon dioxide makes Venus the hottest planet in the solar system. The average surface temperature of Venus is 477°C.

10. The asteroid belt is made up of rocks.

The asteroid belt consists of millions of rocks ranging from the size of a small grain to rocks hundreds of kilometres wide.

The solar system is fascinating. When you read more about it you want to know even more. We hope you liked this information about the Solar System. Read out this to your child and enhance his knowledge.