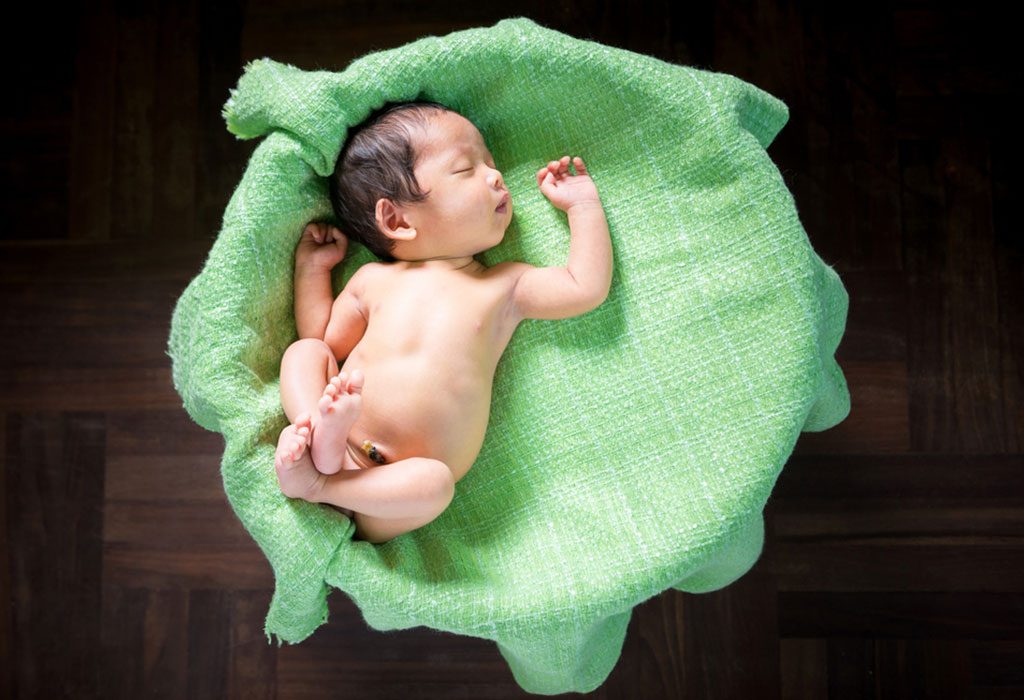 Parents need to be cautious when it comes to the health of their newborn. The first few months after birth are crucial, and so the parents need to look out for all signs about their baby’s health. The baby has important growth milestones in the first few months, and so, it is essential to ensure that their growth is not hindered. Acquiring awareness about a serious disorder called sleep apnea is essential as it requires careful observation and identification.

What Is Sleep Apnea?

This type of apnea occurs when the upper airway is blocked due to the soft tissue at the back of the throat collapsing.

Central apnea could occur due to a problem in the heart or brain, where the body stops its effort to breathe. There is no blockage in the brain, but it fails to send signals to the muscles to breathe.

As the name suggests, it is a combination of central and obstructive apnea. It is a form of apnea that is most commonly observed in small, premature infants.

What Are Its Causes?

Sleep apnea could be due to several reasons. Some of the causes of sleep apnea are:

In babies, there could be a few other reasons causing sleep apnea.

Which Babies Are at the Risk of Having Sleep Apnea

Any baby can have apnea, but it is a more common condition in premature babies. The longer the time gap of premature birth, the higher is the risk of apnea. In babies born before 37 weeks of pregnancy, the condition is called apnea of prematurity. In babies born at 37 weeks or later, it is called apnea of infancy. As per reports, around 84 per cent of underweight babies who weigh less than 1 kilogram have a risk of apnea. The risk reduces to 25 per cent among babies who weigh around 2.5 kilograms at birth. Sleep apnea is a serious health condition, especially in premature infants. In rare cases, it may be fatal. In this condition, as the baby stops breathing, the oxygen level in the blood drops and the level of carbon dioxide increases. This could also lead to a drop in the heart rate and cause unconsciousness.

Signs of Sleep Apnea in Babies

A parent needs to be conscious at all times to observe any signs of apnea. They need to be extra careful when it is about premature or underweight babies. According to the American Academy of Sleep Medicine, interruption in breathing up to 15 seconds is normal and is called periodic breathing. Periodic breathing is not a symptom of apnea. However, an increase in the time of breathing pauses is an alarming sign.

Here are the signs of sleep apnea in babies that parents should be careful about:

The skin turning blue: The forehead and body of the infant turning blue indicate that the blood oxygen levels are low. Note that sometimes, the skin around the baby’s mouth or the feet may turn bluish if the baby has a cold or has been crying.

Gasping: It happens after a long cessation of breathing. Due to the immaturity of the respiratory system in premature babies, the brain fails in sending signals to the muscles to breathe. This is a clear indication of central sleep apnea.

Limpness: Limp muscles are a serious effect of apnea. The limpness of muscles occurs due to an extreme reduction in the oxygen level in the blood.

Slow heart rate: Infants with apnea have a slower heart rate, causing a condition called bradycardia, which may lead to sudden unconsciousness.

Upon suspecting a sleeping disorder, the baby needs to be taken to a sleep specialist. The child’s doctor will conduct some examinations before referring to a paediatric pulmonologist. Measuring the oxygen level in the blood, monitoring the heart rate and checking the breathing are some of the tests.

Another test that is conducted to diagnose apnea is a polysomnogram. This requires keen observation of the baby while asleep, and is conducted in the sleep lab by technicians. This observation is done to capture brain waves, heartbeat and breathing pattern, revealing the nature of the breathing problem. It is a painless procedure.

Depending on the severity of the apnea, the doctor will prescribe medication for the baby. In the case of enlarged tonsils and adenoids, a throat or ENT specialist has to be consulted. In some cases of obstructive apnea, a continuous positive airway pressure machine is used for some time. A baby sleep apnea monitor could also be used for infants who require cardio-respiratory monitoring for a variety of problems that affect breathing.

Most of the babies with infant sleep apnea are relieved of this condition as they grow, but apnea of prematurity might persist longer.

Note: Parents of babies with sleep apnea should learn how to perform CPR (Cardiopulmonary resuscitation). Discuss this with your doctor and learn it so you can be prepared for an emergency.

In the case of babies with premature birth and underweight issues, the parents need to be extra cautious. When an interruption of breathing is for more than 15 seconds, and the baby does not respond to gentle nudging, call a doctor immediately.

Even though sleep apnea is a serious condition, proper steps at the right time can help parents treat this condition in their newborn. Careful observation and consultation are mandatory for the right guidance and treatment procedure.

Also Read: How to Handle Your Baby Crying at Night