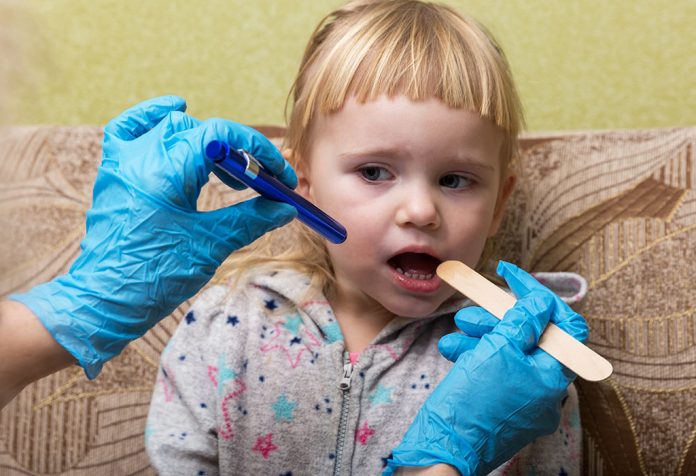 There was a time when many children died of scarlet fever. As the treatment options were limited back then, scarlet fever posed a threat. Today, the illness is rare and treatments are available.

What is Scarlet Fever?

Also known as Scarlatina, scarlet fever is an infection that causes bright red rashes and is accompanied by high fever and a sore throat. Scarlet fever is caused by the bacteria called “type-A Streptococcus.”

Is it Common in Infants and Toddlers?

Infants still have some of the immunity strength left in their systems from their time spent in their mother’s womb, and so they are not very easily affected by this disease.

Who Is at the Risk of Getting Scarlet Fever?

Children between the ages of two and twelve years are most susceptible to this illness as by this time the immunity strength they had gained from their mother while in the womb starts to fade away, and they will need to develop their own immunity strength.

Scarlet fever is extremely contagious, and the bacteria can be passed along to others when a person who has the infection, coughs, sneezes, or even when he exhales. This is why children who are suspected of having this disease are often pulled out of nursery or school until they are totally and completely healed.

What Are the Causes of Scarlet Fever in Babies and Toddlers?

Scarlet fever is caused by “type-A Streptococcus” that produces a toxic substance that results in scarlet-coloured rashes and fever. The rashes are what give this disease its name. The bacteria are also responsible for causing strep throat and some other skin problems.

This disease is predominantly passed around through contact with infected people, but it is also possible to develop this disease after having been infected by certain skin diseases like impetigo, a bacterial skin infection, that is seen as red sores and are easily broken and after which, produce honey-coloured crusts. What Are the Signs of Scarlet Fever in Infants and Toddlers?

The first sign of this disease is a sore throat and fever. The rashes show up at least a day or two after this. Here are some other signs of scarlet fever in infants and toddlers:

How Is Scarlet Fever Diagnosed in Young Children?

If your child is displaying the symptoms shown above, it is best to take him to a doctor for a check-up. The doctor will examine your child’s throat and skin, after which he may ask to have a blood test done, or a simple strep test that will help in diagnosing the disease. Once your child has been diagnosed, the doctor will suggest the right treatment. It is very important to diagnose and begin treatment in the early stages of this disease.

Treatment for Scarlet Fever in a Child

While tonsils and swollen glands need a few weeks to heal, scarlet fever can be treated with a course of antibiotics that need to be taken for ten days. This will need to be prescribed by your doctor. Twenty-four hours after taking the antibiotics, the child will no longer be contagious.

Though the symptoms may go before the ten-day period is over, it is highly advised that you complete the entire course to avoid any further complications in future. If the fever persists for more than forty-eight hours after beginning the course, take him back to the doctor for a check-up.

The risks of scarlet fever in babies and toddlers include higher chances of contracting other health complications such as sinus, ear infections, brain abscess, meningitis, and pneumonia, and throat infections.

More serious health problems like kidney damage, rheumatic fever, and chicken pox are also some complications that may arise as a result of having scarlet fever. Thankfully, these very rarely happen unless scarlet fever has been left untreated for a long time.

Tips to Take Care of a Child with Scarlet Fever

You always want to take the best care of your child, and when he is suffering from an illness like scarlet fever, care is all the more important. Here are some tips to help you look after your child if he has scarlet fever:

How Can You Prevent Scarlet Fever from Spreading?

Scarlet Fever can spread easily if proper care is not taken. Here are some tips to help you prevent it from spreading:

Do All the Infants and Toddlers Having a Strep Throat Get Scarlet Fever?

Thankfully, your baby will not get scarlet fever more than once, though he may get strep throat. Always remember to keep an eye on the symptoms and get help as soon as possible because while scarlet fever is not as deadly as it once was; treating the illness in its early stages is important if you want your child to heal without experiencing any further complications.

Is Cabbage Good for Babies? Know Its Health Benefits, Side Effects and Recipes

How to Deal With Eye Infections During Pregnancy

5 Reasons why You Should Invest in Property

Dreams During Pregnancy: What They Mean and More