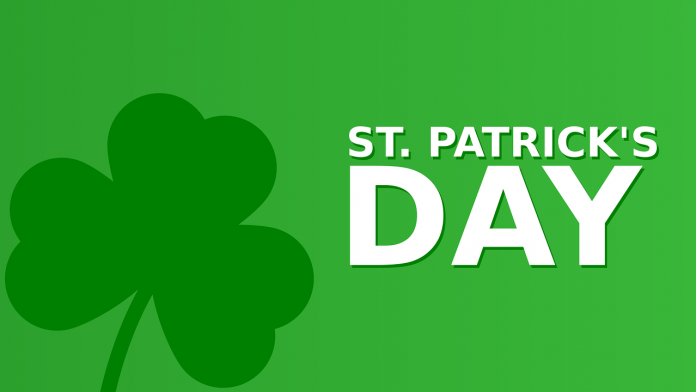 Saint Patrick’s Day is celebrated on March 17 every year with much fervour and enthusiasm all over the world. Saint Patrick’s day marks the death date of Saint Patrick, the patron saint of Ireland. This day is observed as a holiday in the Republic of Ireland. The celebrations include dancing, music, parades, food and various other kinds of merrymaking. If you want to teach your child about Saint Patrick’s Day, then read on and help him learn everything there is about this great Irish festival.

Read this article to know about the history of this festival. Also, find out some amazing facts related to St. Patrick’s Day. We have also covered some interesting activities related to this festival to keep your child engaged.

Who Was St. Patrick?

St. Patrick, the patron saint of Ireland was born in the late 4th century in the south of Hadrian’s Wall in Britain, which was then a part of the Roman Empire. He was captivated by Irish pagan in his teens and then taken to Ireland, where he spent almost six years in captivity. During his time in captivity, he developed a keen interest in Irish religion. After he escaped and returned to Britain, he vowed to return to Ireland. After returning to Britain, he spent his time studying at monasteries and eventually, was ordained a priest and went on to become a bishop. After his ordainment, he was sent to Ireland on dual missions, which included being a minister to Christians who were already living in the country and to start converting the Irish people.

What Is St. Patrick’s Day?

St. Patrick’s Day was first made official as Christian feast day at the beginning of the 17th century and has been celebrated as a religious and cultural festival on March 17 every year. This day marks the death of the patron saint of Ireland Saint Patrick and it also commemorates the advent of Christianity in Ireland. The festival involves mass public gatherings and parades where people dress up in green attire.

Why Is Saint Patrick’s Day Celebrated?

Saint Patrick gained popularity for bringing Christianity in Ireland in the fifth century. As stated earlier, St. Patrick’s day is an annual feast day which commemorates the patron saint it is named after. The history of Saint Patrick revolves around a saint who led a regular life but became popular for his endeavours much later after his death, which was around the seventh century.

Saint Patrick returned to Ireland to convert the Irish to Christianity and by the time of his death, he had established churches, schools, and monasteries. It was on March 17 in 461 AD when the saint breathed his last, and this day holds great significance and importance for the Irish around the world. This day was then observed as Saint Patrick Day to commemorate the patron saint. However, according to a St. Patrick’s story, the yearly celebrations started around the 17th century when a few people from Boston’s wealthy Irish community welcomed Irish immigrants by throwing them a party. The Irish immigrants started observing the holiday in Boston in 1737 and the first St. Patrick’s Day parade was held in New York City in 1766. From the solemn feasts to worldwide celebrations, this Irish festival has seen a remarkable increase in its popularity over the last few centuries. No doubt this Irish festival gets everyone excited, but there’s so much more to it that people don’t know of. Read on to learn some interesting stories and facts about this festival. Here’s some amazing information about St Patrick’s Day that you can share with your kids to get them all excited about this festival:

Getting your little one involved in fun activities and games is a great way to help him learn about this festival. Here are some interesting things to do on St.Patrick’s Day that will help your kiddo learn about this exciting festival!

1. Take Your Child to the Parade If you happen to be in a place that hosts St. Patrick’s parade, then take him to show the parade. It is one of the best ways to give the actual feel of the festival to your kiddo. Get decked up and dress up your little one in green-coloured clothes, adorn a sassy green headgear, accessorize with funky shamrock-shaped necklaces and take your kiddo to the parade. Watch the spectacular Irish dancers, mesmerizing bagpipers and other performers perform in the parade.

2. Read Stories to Your Child

Most kids love listening to stories of the legends. If your child is fond of reading or listening to such inspirational stories, you can read stories about St. Patrick day to him. One of the best activities for preschoolers is involving them in the reading activity. You can get hold of an interesting book that talks about the legend of St. Patrick and other facts involving the festival such as why people started celebrating this important day, etc. One of the most fun and interesting St. Patrick’s day games and activities is playing treasure hunt. The game is best played in a big group. But you can ask other members of your family to play this game with your child. All you will need for this activity is a wooden box filled with goodies such as chocolates and candies as treasures. Cover the box with green paper to give it a festive feel. Wrap the goodies with clover printed paper. This game can be played both indoors and outdoors. Then hide the box somewhere in your house and make clues that lead the kids to the hidden treasure. Begin the game by giving the first clue to the kids that leads to another hidden clue and so on, until he or some other player finds the treasure.

Whether or not you are going to attend the parade, you can always make clover necklaces and dress up your kiddo to let him have the real experience of the festival. All you need is green-coloured construction paper, glue, shimmer, yarn, and scissors. An incredibly exciting craft for toddlers, this activity can be done anywhere and anytime. Draw clover shapes on the construction paper and cut them with the help of a scissor. Punch a hole in the same place in each clover. Decorate with shimmer. After the shimmer dries up, take the yarn to string the clovers together to make a necklace. Let your child make a mark with potato stamps. All you need is a big potato, green paint, and white paper. Cut the potato in half and give it to your child. Guide your little one to use the starchy surface for the stamp. He can make the desired shapes, like the moon, a star, the sun, etc. Now, carve the background of the sketch away using a kitchen knife. Pour the green paint into a saucer and dip the surface of the potato stamp into the paint. For starters, you can guide your little munchkin on how to stamp and then let him stamp the shapes on his own on the paper.

This is a very exciting game for young kids. Your child and his friends can play this game together. For this game. take a cardboard box, big enough for kids to crawl through it. Open the top and bottom flaps of the box and place them in on the ground to form a tunnel. Ask the kids to crawl and cross through the tunnel as you play the music. Then pause the music; when you pause, the kids in the front and the back of the box will close the flaps trapping the leprechaun inside the box. The game continues until one player is left, who will be the winner.

Here’s a little fun craft project for your kids! They may need some help with cutting, but leave the decoration to their little hands. Take a paper plate and cut out a wide centre. Let your kids paint the paper plate boundary with green colour. Now, take a green sheet and form a cylinder that corresponds to the diameter of the centre of the paper plate. Help your kids tape the paper plate on the rim to the cylinder. Now that it looks like a hat, let your champs decorate it however they like!

No festival or celebration is complete without food, don’t you agree? The same holds true for St. Patrick’s day as well!  So we bring you some yummy recipes that can help add more spark to this green festival. Try out some of these healthy and nutritious St. Patrick’s Day yummy treats that you can whip for your kids: This delightful recipe will surely win over your little one’s heart and it is practically made in very little time.

2. Popcorns with a Tint Kids love to eat crispy and crunchy popcorns and this yummy snacks recipe involves lending a sweet twist and vibrant colour to the popcorns. One of the tastiest and easiest desserts that you can make on St Patrick’s day for your little one. For this sweet delight, you will need just a handful of ingredients. The sheer mention of the word guacamole may make most of us think that it is a tedious recipe. However, with this simple and easy to understand recipe, you can whip this exotic dip and use this easy dinner recipe to make your dinner more nutritious for your munchkin. This sweet and sour lime drink with a refreshing twist will surely win over your little munchkin’s heart! And what’s the best part? It can be made in a blink of an eye! Try this super yummy and light salad recipe using only cucumbers and onions! This salad recipe is so tasty that your kid will forget he is eating vegetables.

Cover the salad and refrigerate for at least two hours. Serve it cold!

Now you know everything there is to know about this great festival plus you have the recipes for some delicious dishes that you can make on St. Patrick’s Day. Celebrate St. Patrick’s Day with your child by sharing some interesting information and facts about this festival. And don’t forget to enjoy yummy treats. Happy Saint Patrick’s Day!

Your Guide to Autoimmune Disorders in Children

Am I a Bad Mother Who Can Not Take Care of Her Kids?

Why Is It Important for Parents to Get Their Children Vaccinated?