Raped By Uncle, Fighting For Abortion: This 10-Year-Old Girl's Story Will Make You Question Everything About Our Law

Raped By Uncle, Fighting For Abortion: This 10-Year-Old Girl’s Story Will Make You Question Everything About Our Law

Raped By Uncle, Fighting For Abortion: This 10-Year-Old Girl’s Story Will Make You Question Everything About Our Law 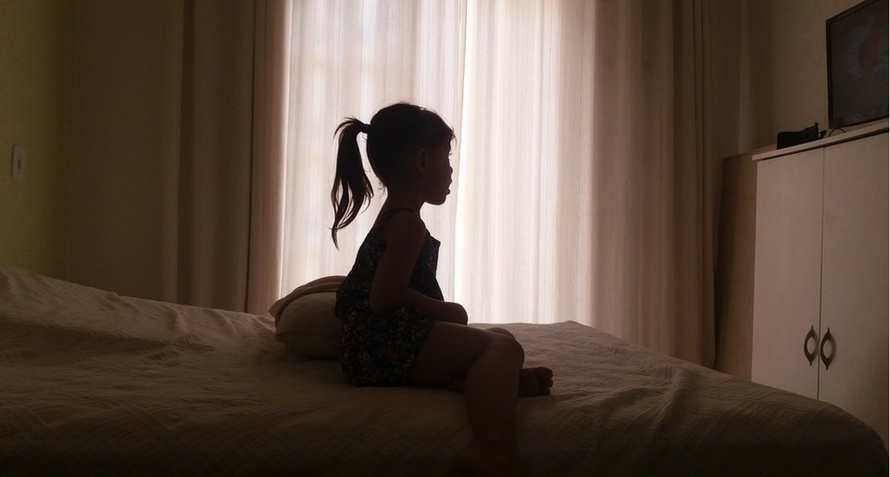 Her favourite subject is English, she loves to draw and watch cartoons! But this 10 year old lost her childhood to something terrible – falling pregnant from rape!

10 years. Most children at this age are learning new things every day with an air of innocence that is enviable. But for one 10 year old from Chandigarh, this age is not about learning and playing anymore – it’s about fighting for an abortion!

How Her Mother Discovered She Was Pregnant

This little girl is the daughter of a domestic help and a government employee. The girl is only 10 year old, in the best years of childhood, but she has faced more trauma already than most adults.

She was raped by her uncle over a period of seven to eight months. The little girl didn’t realise that she was pregnant – how could she? Worse yet, she has previously undergone surgery for a hole in her heart and her body is in no way ready for a pregnancy, let alone a delivery!

While her uncle stopped visiting the family in March, it was too late for the little girl – she was already pregnant. But the rape and pregnancy only came to light in July when the little girl started showing. A neighbour noticed her ‘swollen’ stomach and enquired further. She said:

“I asked the girl if she was taking medicines for her heart, thinking the swelling could be a side effect of the medicines. She seemed to have put on weight, but the bulge looked like a pregnancy. When I asked her mother if the girl’s periods were regular, she said she hadn’t had them for some months. I asked her to immediately take the child to the doctor.”

On the same evening, July 13, the little girl took a pregnancy test and her whole life changed. The results came out positive. The sexual abuse came to light when the girl revealed that her uncle had raped her “five or six times”.

Her mother approached the police to file an FIR against her 40 year old brother and the man was arrested soon after.

Why Can’t The Little Girl Get an Abortion?

An abortion comes to mind as the most logical and humane step in this case. The body of a girl only 10 years old is in no way ready to deliver a baby! However, the shocking thing is, her parents could NOT get an abortion yet. This is because, under the Medical Termination of Pregnancy Act 1971 (MTP), an abortion cannot be allowed without court intervention when the pregnancy is in advanced stages at an estimate of 24-26 weeks.

The parents approached the District Court with an appeal for medical termination of the pregnancy. However, the Additional District and Sessions Judge Poonam Joshi turned down the appeal after studying the medical reports. The reports suggested: if the girl underwent abortion, there could be “high chances of physical trauma”, especially due to her age, health and medical history. The case is so complicated that the doctors can’t predict the outcome of the pregnancy and whether the baby will survive, because in addition to her heart ailment, the girl’s pelvic bones too aren’t fully developed to carry and deliver a baby safely.

Another doctor familiar with the case even added, “The case can no longer be considered for abortion. It has to be considered as a premature delivery now.”

The mother was understandably distraught and her eyes brimmed with tears as she said, “What does she know, she is only 10 years old. She doesn’t understand all this, she has no idea about her pregnancy. Our plight has become public news… we didn’t want that. We just want her to be healthy and happy. We don’t need any help, we are okay alone. Her father doesn’t want us to talk or say anything about her. He is a broken man since we found out.”

A Public Interest Litigation (PIL) was filed in the Supreme Court and the case was examined further before the next hearing on July 28. The bench said:

“Before the matter is taken up for hearing on July 28, the Member Secretary, after having followed the procedure and obtained due permission of at least one of the parents of the child, shall have the child examined at the PGI, Chandigarh, from a Board of Doctors on July 26, so as to affirm one way or the other, whether the health of the girl child concerned, who is stated to be of the age of 10 years, and also that of the fetus, would be adversely affected, if the pregnancy is continued for the full term.”

The parents of the lieelt girl has thier hopes pined on this udgement by the Supreme Court. However, The Supreme Court too has turned down the appeal basis the medical report that the abortion is not safe for the girl or the foetus. With this it seems that unfortunately, the girl will have to carry a baby to term and give birth as well.

The MTP and What The Law Says

As per the Medical Termination of Pregnancy Act, 1971, termination of a pregnancy after 20 weeks is not permissible. The act was passed in an effort to crackdown on illegal and unsafe abortions where women would undergo abortion after gender determination tests of the foetus. This led to the killing of many girl babies right in the womb.

However, there have been cases like this where underage rape victims, unaware of the pregnancy till it was past 20 weeks, and women who have found out about significant abnormalities in the foetus after 20 weeks, have moved the court for medical termination of these pregnancies. Keeping in mind these cases, the Centre had put into motion the process of making an amendment to the MTP in 2014 as per which the time period would be extended to 24 weeks for abortion. It was also proposed to do away with any time limit on cases where the foetus has significant deformities.

However, the proposed amendment is yet to be passed by the Cabinet.

Childhood is a vulnerable time, and children need nurturing and care through this impressionable time as they learn their way around before becoming independent adults. Any sort of negative experience or abuse – physical, sexual or emotional – can have a lasting and scarring impact on the child and hamper his ability to function as a proper adult.

Child Sexual Abuse in specific is where an adult/ older adolescent uses a child for his or her sexual stimulation and this can result in physical and mental trauma for the child. The term includes:

India is home to 19% of the world’s child population, but it also holds the distinction of having the highest number of sexually abused children. In India:

As per a study conducted by the Union Ministry of Women and Child Development (MWCD), which involved 125000 children, 53% of children faced one or more forms of sexual abuse with about 20% of the children having faced severe forms of abuse.

But perhaps the most shocking fact is this: Child Incestuous Abuse is the most common form of child sexual abuse. Here, the abuser is related to the child – a family member or a close relative. As per one study, 70% of abusers were related to their victims, while another study stated that only 10% of abusers were complete strangers to their victims.

Goes without saying, the dangers are many and very severe! At the age of 10 years, a girl is not physically or mentally developed or ready itself to nurture another child. While the mental trauma is obvious with the sexual abuse of the girl and the strain of pregnancy, the physical trauma too can have drastic impact and in certain cases be fatal for either or both – the mother and child.

The 10-year-old girl and her family are going through an excruciating situation, and we cannot even fathom their pain. The little one has already faced a heart surgery. She is facing another life threatening condition now. It is saddening to see that the Indian Judicial system has somehow failed to protect its children from sexual abuse, and now, is failing to protect them from the life changing condition that is pregnancy at such a young age. It’s about time that the law and order situation in India is amended to not only protect our children from sexual assault, but also work to provide relief for victims of sexual assault. We wish the little girl speedy recovery from the physical trauma of the pregnancy, as well as from the mental trauma that the incident has left on her. Our prayers are with you, little one.

Previous article « 7 Funny (and a Bit Irritating) Things You’ll Get If You Live With Your In-Laws!
Next article 10 Natural Ways to Lose Weight Without Diets or Exercise »