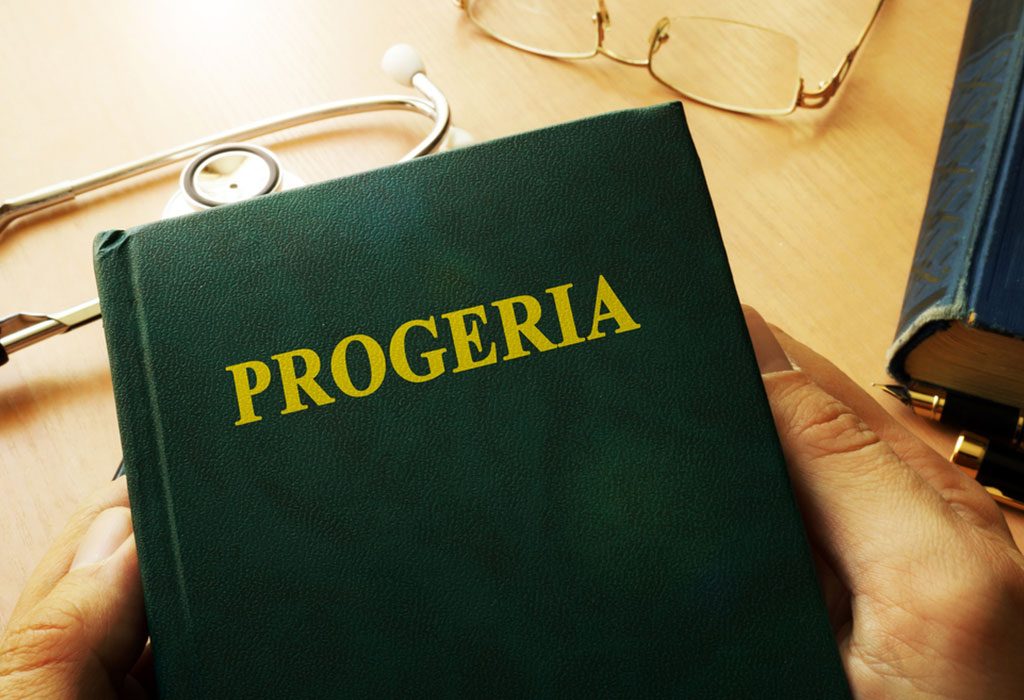 Progeria is a rare genetic condition affecting children. This condition causes a child to age prematurely, right from the first two years of their life. Children with progeria, due to rapid ageing, tend to look like they have aged completely even at the age of 10, and may experience old-age-related medical conditions.

Progeria, also known as the Hutchinson Gilford Progeria Syndrome, is a rare genetic disorder that causes rapid premature ageing in newborns. The onset of HGPS is usually around 18 to 24 months. Children born with this progressive disorder will appear normal at birth and only start to show symptoms around 18 months. It isn’t inherited or passed down from the families.

The most common type of progeria is the Hutchinson Gilford Progeria Syndrome which can be present in kids by the age of one to two years.

Progeria Syndrome called the Wiedemann-Rautenstrauch syndrome, is another type, which is present in babies when they are still in the uterus.

Progeria that has a later onset age, somewhere during the teenage years, is called Werner Syndrome. People with this syndrome may live up to the age of 40 to 50 years.

There is also another kind of Progeria that occurs along with dwarfism or other abnormal growth features and is called Hallerman-Streiff-François syndrome. Progeria is caused due to a genetic mutation in the LMNA gene of the newborn. The LMNA gene is responsible for making proteins to support the structure of the nucleus. However, due to genetic mutation, the LMNA makes a protein called progerin, which breaks down cells easily and makes them unstable. This sets off rapid ageing in children with HGPS. It is likely that the doctor will identify the disorder by looking at the child. However, a physical examination will be conducted, wherein, the child’s vision and hearing will be checked, along with measurement of the pulse and blood pressure. The height and weight are also taken to compare with normal height and weight at that age.

If progeria is suspected, a series of lab tests to confirm the condition will also be conducted, including tests to measure insulin resistance and cholesterol and triglyceride levels. Blood tests and genetic testing can also detect the mutation in the LMNA gene.

Complications of progeria include diseases that usually accompany old age, like

While there’s no cure or treatment for progeria, children may receive treatment for their symptoms. These may include medication to lower blood cholesterol and to prevent the formation of blood clots. A prescription of aspirin may be given for daily intake in low doses in order to prevent heart attacks and strokes.

Since growth failure is one of the major symptoms, growth hormones may also be administered to help build the height and weight of the child. If the child suffers from stiffness in the joints, then physical therapy may be suggested to facilitate movement. Also as heart disease is a potential complication, some children may undergo surgeries like coronary bypass or angioplasty to stunt the progression of the disease.

A type of cancer drug called farnesyltransferase inhibitors or FTI may have the potential to fix the damaged cells. Research is still being conducted in this light to provide more feasible treatment options for kids with progeria.

Outlook for People With Progeria

The average life expectancy of children with progeria is about 13 years. However, some people may live much longer, up to 20 years. But, since progeria comes without a cure and is accompanied by a number of medical conditions, it makes the disorder fatal. Many children who are affected by progeria tend to succumb to heart diseases.

The symptoms of progeria disease are quite pronounced. If you happen to notice them in your child, consult a doctor to seek a professional opinion. The doctor, based on physical examination and lab tests, will be able to confirm your suspicion.

Progeria syndrome is a disorder that has no cure currently. However, with proper care and treatment, the symptoms can be put off to a certain extent, helping the kids live a considerably longer life. There are no risk factors for progeria and it is not something that passes down genetically. If your child has this condition, the best way to go about his or her care is to ensure that all the treatments are administered on time and regular visits to the doctor are made to rule out any immediate complications.