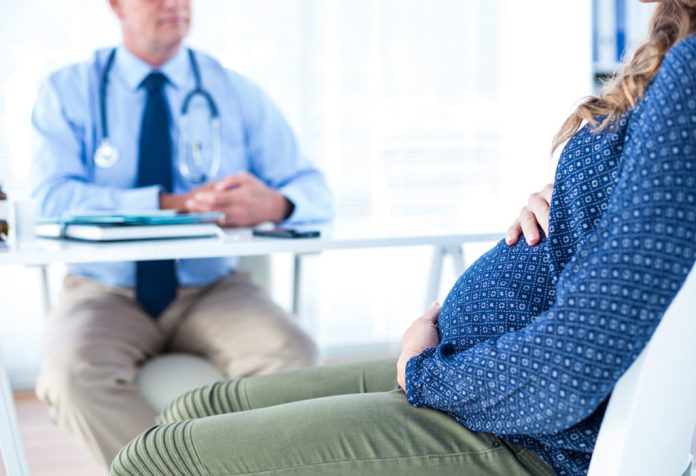 Pregnancy-associated plasma protein-A (PAPP-A) is a protein produced by the placenta. Anomalies in PAPP-A levels not only indicate some pregnancy complications but also potential chromosomal disorders. Monitoring of PAPP-A levels in a pregnant woman can help understand if she is at a greater risk of abnormal obstetric results. Lower the levels, higher will be the chances of adverse pregnancy outcomes.

PAPP-A stands for pregnancy-associated plasma protein-A. It is a protein that is released by the placental trophoblasts during pregnancy. It is believed to play an essential role in the early growth of the placenta and the formation of the placental bed. The PAPP-A levels are tested during the screening tests conducted in the first trimester of pregnancy, that is between 11 and 13 weeks of gestation. Several pregnancy problems such as fetal loss, premature delivery, stillbirth, gestational hypertension, low birth weight, fetal development restrictions, pre-eclampsia, placental abruption are believed to be associated with low levels of PAPP-A. Studies have also indicated that low levels of PAPP-A can be linked to a higher risk for Down’s Syndrome and certain structural aberrations in the foetus. Some other syndromes can also be screened in pregnancy, but they are not that common.

What Is the Normal PAPP-A Level?

The two hormones hCG and PAPP-A levels are measured during the combined screening test of PAPP-A levels, around 12 weeks of pregnancy, are represented through their MoM value and concentration (IU/L). MoM means multiple of the median or average of all the tests. MoM value of 1.00 is average. When MoM value is more than 1.00, it is above average and when it is less than 1.00, it is below average. PAPP-A levels higher or equal to 0.5 MoM is taken as normal and if the levels are lower than 0.5 MoM, they are considered low.

When Will You Need a Growth Scan? 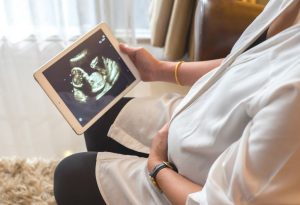 What Does a Low PAPP-A Mean?

A low PAPP-A means that the concentration of maternal serum PAPP-A is less than 0.5 MoM between 11 and 13 weeks of pregnancy. The risk of complications during pregnancy increase in case of low PAPP-A levels. Pregnant women with PAPP-A level lower than 0.5 MoM need constant monitoring as they are believed to be at a higher risk of having premature labour, intrauterine growth restriction, pregnancy-induced hypertension and a miscarriage. Researchers opine that lower the MoM value of PAPP-A, higher are the risks of poor pregnancy results.

How Will You Know That Your Baby Is Growing Well Before and After the 34-week Scan?

The first ultrasound or sonogram is conducted between 6 and 8 weeks of pregnancy. Through this ultrasound, the doctor gets an idea of the growth of the baby. The doctor is able to monitor the baby’s milestones, spot anomalies, calculate the due date, check for signs of multiple pregnancies, and determine the position of the placenta. A pregnant woman may be offered a combination of prenatal screening tests during the first trimester (between 11 and 14 weeks of pregnancy) which include pappa test, nuchal translucency ultrasound, hCG (human chorionic gonadotropin) to determine the probable risk of a chromosomal disorder in the baby. In case the screening test is positive, further specific diagnostic tests like chorionic villus sampling (CVS) and amniocentesis will be suggested during the first trimester and the second semester respectively. During the second trimester, pregnant women may also be offered maternal serum test and foetal DNA test.

When a pregnant woman’s due date is near, i.e., between 34 and 40 weeks, another growth scan is carried out to assess the development of the baby and to check the weight and position of the baby. This is ascertained by measuring the biophysical profile of the baby. One may be suggested additional scans during the third trimester if there is any cause for concern. Regular scans are advised throughout the pregnancy if there are complications and high risk of abnormal obstetric results. Sometimes pregnant women develop gestational diabetes during the third trimester. A doppler scan is usually suggested in view of such a development. If the doctor suspects the baby to be in a breech position, closer to the due date (around 37 weeks), he may perform a scan to determine this and may suggest for a caesarean section. A caesarean section is also performed if a pregnant woman is diagnosed with placenta previa where the placenta is very close or over the cervix.

A pregnant woman with low PAPP-A levels may be suggested additional scans for early and prompt detection and management of probable adverse pregnancy results. Studies have still not established a conclusive connection between low PAPP-A levels and the amplified risk of pregnancy complications. Therefore, it is also believed that these screening tests may not be completely accurate. But the test may still be an indicator of some chromosomal abnormalities. So it is advisable to consult and discuss the results with your doctor at length.

Pregnancy brings with it a whole new set of changes and problems to watch out for, and regular testing and scans in this period are planned in order to ensure that the mother and baby stay fine. Hence, it is suggested that you go for all the prescribed tests and scans and discuss any problem that you may have with your doctor. 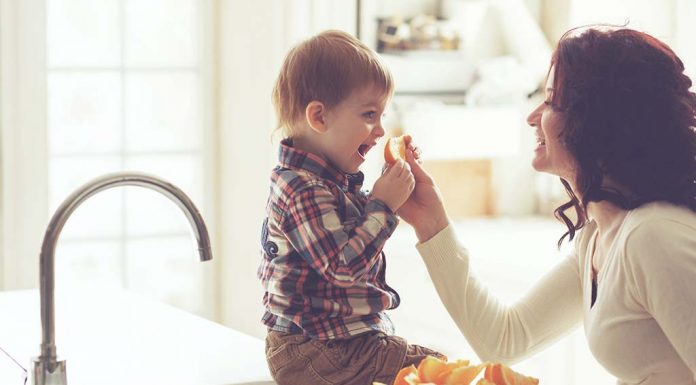 Best Food a Child Can Have in a Day

Why You Should Send Your Child to Daycare

How Does Fighting during Pregnancy Affect You and Your Baby