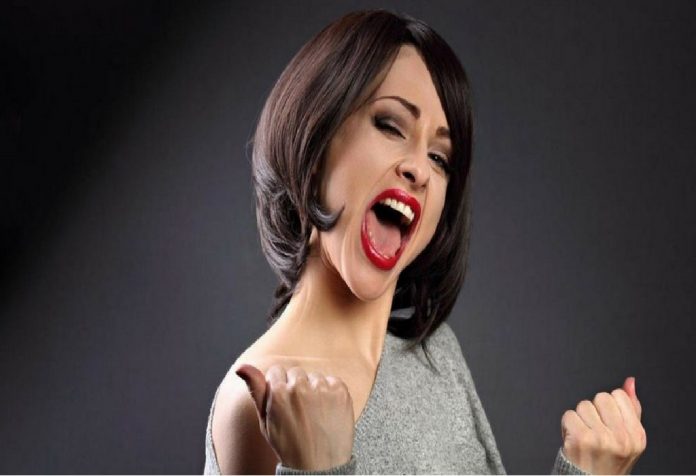 Orgasms have been giving both men and women sleepless nights, ever since humankind first discovered the ecstasy of coming together. While most men tend to have it rather easy, women usually have fewer orgasms than men. But if there is no pleasure, how is one to continue to engage in the act of sexual intercourse?

Why Do We Orgasm

Science usually has an explanation for most biological processes. However, orgasms have baffled scientists for a long time.

WATCH: The Science behind Orgasms

Key Takeaway: Sexual intercourse has four broad stages: excitement, plateau, orgasm, and resolution. During an orgasm, blood flow to the genital area increases, and the nervous system sends positive, pleasure signals to the brain.The key hormones that play a role in orgasms are oxytocin and dopamine.

While we understand the science behind how orgasms actually happen, we do not quite know why. Many believe that animals evolved to ‘orgasm’ at the end of sex so that it would make them feel good. This mutual pleasing would then enable them to bond emotionally, and thereafter take care of the offspring when it was born. Another theory suggests that the good feeling animals get after they have orgasmed makes them want to have more sex, thus increasing the chances of the ‘female’ getting pregnant and giving birth to the next generation. So basically – orgasms make us feel good, have more sex, and thereby ensure the continuation of the species.

11 Tips to Orgasm Better and Longer

While further research is needed to find out which of the above reasons is true, one thing is for certain. It is orgasms that keep all animals going at it (not just men and women)! However, what’s disappointing are the stats on women orgasms.

According to a survey conducted by Cosmopolitan –

Two things are obvious from the above stats – most women are faking it, but most women are managing it on their own. If a hand and toy can manage it, why can’t a man with the actual intended gear achieve it? If orgasms are so ‘o’-some, isn’t it important that we stop faking it and actually try making it happen?

Here are some ways to have a better orgasm that are bound to improve sexual gratification for you. Shall we get started ladies?

A lot of men ignore this very important aspect of female orgasm. Many don’t give it its due importance. So if you are with such a man, you need to explain to him that foreplay is very important! At the same time, remember, he’s not the only one responsible for it! You can engage in some self-pleasing too.

There’s always a first time for most things. So when was the last time you tried something for the first time in bed? Most books and movies give the unusual stuff a bad name – be it tie-ups, blindfolds, or role-play. But it’s not bad at all! Remember – context decides everything… and if a couple is using these things to dial up the excitement, why not?

If this is the first time you are doing something out of the box, consider using ice. Rubbing ice on different erogenous zones serves to excite the nerve endings present and can be really exciting. Another ‘food’ you can try is wine or warm chocolate.

If you feel confident enough to try something crazier, consider role-play. Some women find men in uniforms rather sexy, others have a huge crush on celebrities! Our sexual fantasies are nothing to be ashamed of, and the confines of your bedroom give you a safe space to actually explore and indulge in them! So why not order a sailor’s uniform for your man? Or maybe the exact outfit that Daniel Craig wore when he walked in for that last game in Casino Royale?

3. Change should be the only constant.

Does that sound like your story? You might benefit from mixing things up a bit then. Routine is the number one killer of intimacy and libido. You can experiment with positions, rhythm or tempo, and even other non-related things like the lighting of the room, music, etc. Sometimes taking your sex to the next ‘room’ (such as the living room, or the kitchen) can take it to the next level too! You can even consider booking a hotel room – a lot of people find hotel-rooms sexy!

Do This TONIGHT! – The missionary pose is perhaps the go-to pose for most couples. Here’s one way to modify the pose in order to intensify your orgasms! Simply raise your legs, and rest them on your partner’s shoulder. As the tempo of the sex builds and you come close to the climax, elevate your waist; ask your man to lift them, or use pillows to do the same. Done right, the pose should look like this –

4. Supplement the act with lubes and toys.

Lubes ease things out. But it is absolutely false that lubes are meant only for sex toys and older women. Young couples too can use lubes, as they are formulated to give more intense orgasms than would be otherwise possible. The same goes for toys.

While toys are a great way to pleasure yourself when your man is away, you can include them in the act too. Your man can then work on areas that the toy is not working on!

Think of orgasms as the climax of a horror movie – better the build-up of the story or plot, better the dialogues, better the music, higher the climax! Would Inception be fun if we knew what happened to the spinning top? Isn’t finding out Vidya Balan was never pregnant one of the highest points in the film Kahaani? See, delayed gratification always works! So indulge yourself and your partner before speeding up to the big-O!

As for literary material, you can try this book series called ‘Letters to the Penthouse’.

7. Build it up through the day.

Offices can drain you out physically and mentally, so much so that when you get home, all you want to do is hit the bed – alone and 10 feet away from your partner! One way to get over this is to create a build-up of what’s coming tonight, through messages, voice-notes, phone calls, and (if you’re brave enough) pictures.

Do This TONIGHT! – Get in the shower, run a bath, put your hands in your pants, and hit the Sound Recorder button! Make sure you stand far enough from the running water and hold the recorder closer to your mouth. Hearing the sound of the dripping water, and listening to you sigh and breathe heavy is bound to leave your husband wild! But don’t give in the moment he comes homes. Make him work for it! By the way, water-faucets aimed at the clitoris can work wonders and make women climax too!

Key Takeaway: The word ‘seduction’ has taken on all sorts of ugly and vulgar connotations. However, the arts of seduction –

as studied and built by Tantra – is about building up, optimising, and harnessing the power of the mind, the body, and the spirit,

in order to generate the ultimate power, which is sexual energy, and seduction includes a whole array of things, including –

Aphrodisiacs are substances that increase your libido. Yes, you can simply eat your way to a wonderful orgasm! A simple idea to get bigger, better orgasms is to snack on a few aphrodisiacs, like bananas, avocados, chocolates and almonds. Indian spices like nutmeg and cinnamon are also very potent aphrodisiacs. Stock up on them, and plan a sexy meal for you and your partner!

The importance of exercise cannot be stressed upon enough – and we’re not just talking about kegels. While kegel exercises make orgasms stronger, any exercise that increases your stamina and flexibility is going to bring you closer to the dream-like orgasm that everyone seems to be having in the movies!

So weight-training and cardio are both equally important. However, did you know that yoga can improve sexual performance too? Many of the asanas help you build core strength, improve flexibility, loosen up a stiff body, and make you more – errr – accessible for your partner!

Condoms can be real game changers. Unless you are trying to get pregnant, the right condom can really heighten your sexual pleasure! Depending on how sensitive you and your man are, you can switch between different condoms and figure which one gives you the most pleasure. Experiment with texture (dotted, ribbed, extra thin) and also brands.

In fact, a lot of brands now manufacture condoms that are designed to enhance the experience for both the man and the woman. The design consideration for most of these condoms is to make them as thin and functional as practically possible, beyond which point companies coat the condom with lubricants (on the inside AND outside of the condom) so as to delay ejaculation in the man, and to make orgasms more intense for the woman. Pretty cool, huh?

If you want your partner to help you attain the very heights of your sexuality, you have got to show him how to scale the peak! You cannot just expect your man to know what to do, and you should not put up with things he does if they bring no pleasure to you. When they were asked what prevented them from having an orgasm, half of the women who participated in the Cosmopolitan survey mentioned before said, ‘I feel like I’m almost there but can’t quite get over the edge.’

So why not help your partner help you tide over?

Do This TONIGHT! – While talking about these things in a separate conversation can be a bit difficult, you can simply convey what you want during the act.

Use your hands to guide your partner’s lips (or hands) to the correct places. Whisper instructions into your partner’s ears, but make it more of ‘I love it when you’ rather than ‘No I don’t like that’.

However, according to a study conducted by the University of Michigan, scientists have discovered a rather unlikely fact that will make you want to give period sex a try!

According to this article, you can make your periods shorter by orgasming during period sex! The logic being – when you orgasm, your pelvic floor muscles (and especially the muscles of your uterus) contract strongly, expelling more period blood in one go… which means shorter periods!

A lot of women confess to having tried period sex, and the benefits blew them away. Contrary to popular belief of the uninitiated, period sex can actually reduce period cramps. The massaging effect that your partner’s thrusting has on your cervix and vagina can actually ease cramps. However, make sure the sex is slow in tempo and not too intense.

Stunning Backyard Ideas for Dogs to Keep Them Safe