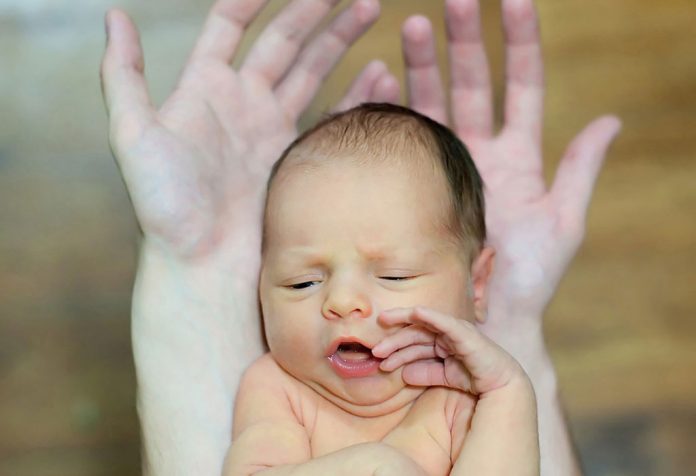 The liver is an organ located under the rib-cage, to the right side of the abdominal cavity. It has the crucial function of filtering out toxins from the bloodstream, synthesising proteins, and producing bile which is necessary for breaking down fats in the small intestine. Hepatitis is a condition that affects the normal functioning of the liver. Here, inflammation of the liver occurs due to a variety of reasons, including viral infections. There are five different types of hepatitis, each caused by a different type of virus. Treatment will depend on the type of hepatitis as well as taking into consideration whether it is chronic or acute.

What is Neonatal Hepatitis?

Neonatal hepatitis is when inflammation of the liver occurs in infants. It can refer to various types of liver disease that afflicts babies between one and two months after birth. There are several reasons why this happens, which will be discussed below.

Mothers pass on Hepatitis B and C to their kids while giving birth. The causes of neonatal hepatitis cannot be pinpointed in about 80% of the cases, but could be due to one or more of the following:

What Are the Symptoms of Hepatitis in Newborns?

Hepatitis can be present without any visible symptoms. But when symptoms show up, they can be quite distinctive and include the following:

In severe cases of neonatal hepatitis, symptoms such as easy bruising, prolonged bleeding, sepsis, and fluid accumulation within the abdomen might occur.

Some types of hepatitis are contagious while others are not. If the disease has been caused by Hepatitis A virus, it can be contagious as this virus is spread through infected food and drink. But hepatitis caused by virus B and C is usually transmitted through blood and bodily fluids. These are the types of hepatitis virus that are generally passed on to infants from their mothers during birth. Thus, neonatal hepatitis is not considered contagious.

In neonatal hepatitis, the method of exclusion is followed before arriving at a diagnosis. Thus, all other causes of liver disease affecting infants must be first ruled out. The following are some examinations and tests that can help your doctor arrive at a diagnosis:

Different blood-tests, such as liver enzyme tests and prothrombin time blood test, are used to identify the various forms of hepatitis.

By conducting a physical exam of your child’s body, your doctor might be able to locate an enlarged liver or spleen.

A liver biopsy, ultrasound, and a nuclear medicine test known as hepatobiliary iminodiacetic acid (HIDA) scan are some of the other tests used to diagnose neonatal hepatitis. When neonatal hepatitis goes unchecked, it can lead to various complications such as:

This is characterised by poor brain development and cerebral palsy and is caused by the cytomegalovirus.

Nearly 20% of infants who contract hepatitis at birth are at risk of developing chronic liver disease and cirrhosis.

If the absorption of Vitamins A, D, E, and K gets interrupted, it can lead to various health impairments such as reduced bone development or rickets, poor vision and growth, skin changes as well as poor healing of wounds.

It can impact the liver’s ability to get rid of toxins in bile which can cause sustained skin irritation.

This can lead to a reduced ability of the intestines to absorb vitamins.

Neonatal hepatitis has no specific treatment, and vitamin supplements are usually prescribed to improve the baby’s condition. Fever is normally controlled with the help of paracetamol or acetaminophen. There is a disruption in the flow of bile from the liver of jaundiced infants and supplementation with fat-soluble vitamins might help promote adequate growth and development. Infant formulas that contain easily digestible fats may be prescribed for newborn hepatitis. Most types of hepatitis including idiopathic neonatal hepatitis tend to improve in about six months. But, if the infection is being caused by Hepatitis B or C virus, it is likely to lead to cirrhosis which needs a liver transplant.

Determining the underlying cause is crucial in the treatment of hepatitis. In many cases, providing good care and nutrition coupled with extensive follow-up care is all that is required to ensure a complete recovery. Once hepatitis has been resolved, most infants can resume their normal diet, though medication that improves bile flow might have to be continued for a while.

Hepatitis B Vaccine for Babies
Jaundice in Children

Postpartum Care – The Care of a New Mother After Delivery!

How Parental Divorce Affects the Way We Love

12 Foods You Should Avoid for Your Baby