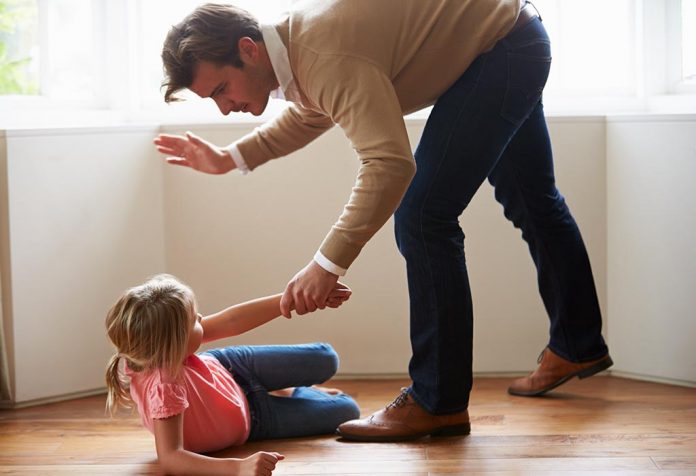 Most parents, at first, try to reason with their children, but when kids refuse to obey their parents and speak out of turn, parents often resort to hitting or beating to discipline their children. While beating is a tried and tested method which has stood the test of generations, the fact remains that it is not a healthy thing to do, both emotionally and physically. Plus, beating children does more harm than good. In this article, let us take a deeper look at the effects of beating children and the various alternatives to beating.

Why Do Parents Spank Their Kids?

No parent wants to beat or hit their child but when a child develops an unruly behaviour and doesn’t obey their parents, parents may resort to such techniques to discipline the child. In most cases, parents are forced to take the rod out of desperation. When all other methods of disciplining or reasoning fail to work, parents use force. And soon it becomes a habit for the parents to spank the kid as soon as he does something wrong. Buoyed by how ’successful’ it was the last time, they might simply opt for the easy way out without trying any methods to discipline the kid calmly. Some parents also spank their children out of anger or fear – it might have become their reflex to the child doing something wrong.

Adverse Effects of Beating a Child

As a parent, you may feel that beating or hitting your child will polish his behaviour but trust us, nothing good comes out of beating a child. Stated below are some of the ill effects of beating children – if you hit your child to discipline him, it’s time you stop!

If you choose to discipline your child by hitting him or yelling at him, you somehow give him the license to hit those around him if they do anything wrong. Children observe and model their behaviour based on those around them, and these actions are sure to be picked up by your kid at an early stage. Spanking your child for small mistakes will trigger the feeling of fear in him and he may feel that it is okay to hit people who are younger than him.

2. It Devalues the Child

The act of spanking a child does not simply hurt him physically, but also emotionally. It is the emotional sting of it that causes the worst effects. If you constantly hit your child and tell him often that he is wrong or bad, he will think that he is not a good person. He may consider himself as a bad child and when he grows up, he won’t have any respect for himself. He will assume that he is a ‘bad’ boy, and that image will stay with him as an emotional scar for long after.

3. It Devalues the Parent

After beating or spanking your child, you may feel that it works and feel satisfied with yourself for a moment, but you may feel bad and guilty after hitting your child. If you hit your child for little things, he will be afraid of you. He will also be afraid to come to you and tell you if he does something wrong and you and your child may become detached.

4. It May Turn into a Habit

Spanking might start out as some light swatting, but it has the potential to develop into something much worse. If after hitting your child, you notice that your kid behaves properly; every time he does something wrong, you might resort to spanking to get him to behave properly. If your child doesn’t listen to you and repeats the same mistake over and over, you might beat him harder until he ‘learns’ the lesson. The lowdown? The line between disciplining and abusing will blur after a point.

5. It Makes a Child Lose Self-Confidence

6. It May Make the Child Rebellious

Parents who hit their children often don’t realise that by hitting them, they are driving away the kids from themselves. If you hit your child frequently, he will be scared once or twice, but after one point, he may become a rebel. He will know that the worst that you will do is hit him, so he might flout your commands and do as he likes.

7. It Results in Anger Issues

A child who is beaten often by his parents also develops anger issues. As a parent, you will feel angry if your child does something wrong, but if you beat him for little things, you will sow the seeds of anger in your child too. Your child may even develop emotional issues while growing up.

Children who are subjected to corporal punishment as they grew up are more likely to exhibit antisocial and even egocentric behaviour in their adulthood.

Kids who are yelled at or spanked by their parents, don’t forget that they were beaten by their parents for no important reason. This leads to them using similar methods on their children and feeling detached, or even disdain towards their parents.

10. It Simply Does Not Work

Spanking does not have any benefits in terms of development. No good can come out of using the rod on your child; in fact, you may end up scarring your child for life.

Alternative Discipline Strategies That You Can Try

Kids don’t have behavioural issues as soon as they are born. They develop behavioural problems because of the way they are treated. If your child does something wrong, instead of yelling or hitting him, there are a few other strategies that you can try to discipline him.

Spanking is not a good thing to do, even if you ‘grew up fine’ in spite of how your parents disciplined you. There are many other discipline strategies which can actually help the child develop, and gain respect for himself – so try those instead and say no to hitting!

6 Changes in Your Baby’s Health You Should Never Ignore, No Matter What

Have a Baby Only When You’re Ready, and Plan Well for the Big Day!