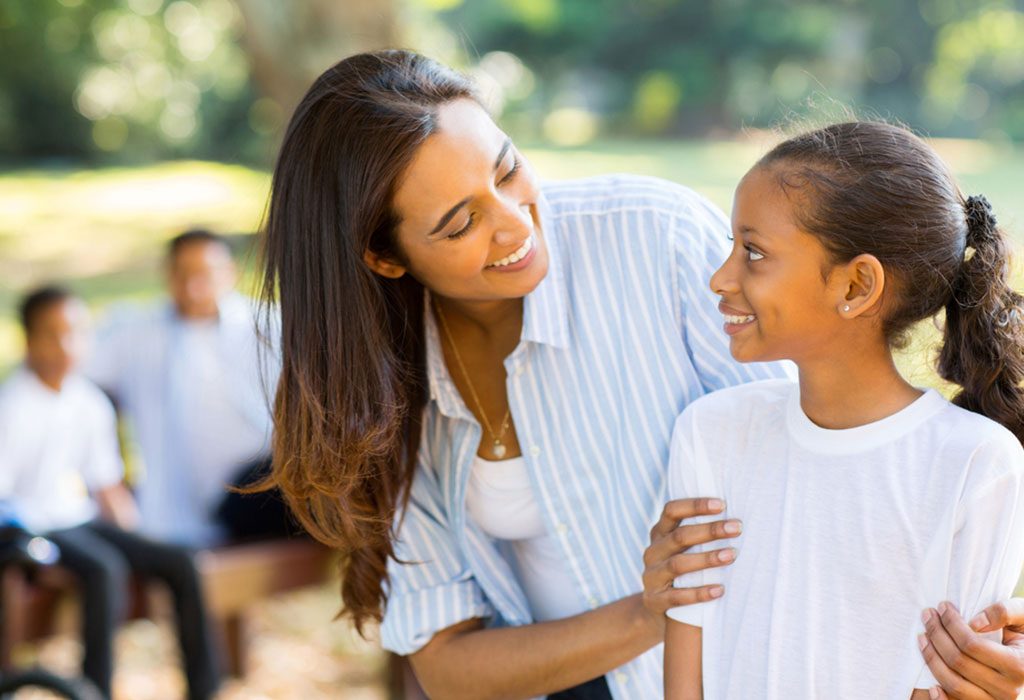 Nurturing children to grow up into individuals who honour the good in people and condemn the wrong can be just what the world needs. To help your children discern between what’s right and wrong, you will need to begin to lay a strong foundation of morality in their early years. Promoting childhood moral development is the key to bringing up compassionate and emotionally sound human beings. Read on to know about moral development in children.

Morality is the ability to draw a line between right and wrong. A person’s morality is what guides their actions, thoughts, attitude, and behaviour towards others. It can be based on the environment that the person has grown up in, along with the emotional intelligence and cognitive skills of the person.

What Is Moral Development?

Moral development is the comprehension and the evolution of morality in an individual right from infancy to adulthood, and beyond. Many psychologists have tried to analyse the idea of moral development in children by observing changes in their approach and understanding of morality.

Stages of Moral Development in Children

There are 5 major stages of moral development in children.

At this age, infants do not have the ability to moralise. Their idea of right and wrong stems from what feels comfortable and what does not. It is important to understand that in the womb, the baby was never alone, never hungry and was in constant contact with the mother. If this fails to happen in the outside world, the infant perceives this as something ‘wrong’. Being fed, held and cuddled is what feels naturally right for the baby.

Although at this age your toddler may not yet be able to differentiate between right and wrong, he will have learnt the concept of ‘others’ and will begin to take people into account before taking any action. While he can’t tell why he can’t take his sibling’s toys away or why he can’t hit others, he will learn not to do so because he understands that he will be punished or reprimanded in some form. At this age, your toddler will play by your rules in order to avoid reinforcement. These are the formative ages of moral development. This is when your child internalises the values taught in the family and with what he can see around him. He looks for constant acknowledgement from you and as such will need you to direct him and take charge of the rules. Your child will also understand that being considerate towards others is important as people are affected by actions. He will draw a link between action and reaction, which necessarily means that if he misbehaves, he’ll face some form of reinforcement. Children also tend to have an empathy-based morality that rationalises that if they hurt somebody, that person will feel bad.

This is the age when children begin to understand that adults probably don’t have everything figured out! Although they still obey authority, they are capable of judging the fairness of rules and identify the concept of equality. At this age, they will have a strong idea about what should be done and what needs to be shunned. They will also come to believe that children have opinions that need to be heard, too.

Teens are largely influenced by peer pressure. However, they do understand that their actions have consequences and may sometimes negatively affect others. Their sense of morality is more abstract, and they find it negotiable to suit their needs. Since they are driven by peer pressure, they may resort to morally wrong ways to impress their peers. At this age, parents become more like advisors and consultants to them than authoritative figures.

Several studies have been made on moral development in children. Let’s take a look at them, too.

Freud’s concept of moral development is based on his theory of id, ego and the superego. Through these theories, he proposed that there is a tension between the needs of the individual and the needs of the society at large.

The id is associated with the part of the mind that is self-preserving and is only interested in self-gain. However, the superego stems from the moral centre and is more concerned with what’s right for society.

Freud believed that a child would have achieved moral development if the child is able to make the transition from the id to the superego keeping in mind the societal interests. Skinner laid emphasis on the idea that the environment that the child grows up in, or is primarily subjected to, lays a foundation of the child’s morality. It translates to how the behaviour and the attitude of the parents and the caretakers shape the child’s moral standing.

Piaget drew parallels between the intellectual development of a child and his moral development. He also said that a child’s morality is best developed through interactions with groups and exposure to decision-making. At a very young age, the child’s behaviour is guided by how he will be affected by an action. At this age, rules are very important and are deemed as something that cannot be altered, and children are only concerned with the outcome of an action. As the child matures intellectually, he begins to realise the need to examine the motive behind an action and not just the consequences. At this age, the child also begins to analyse the fairness of the rules and will allow negotiation to ensure fairness to all parties involved.

This applies to children under the age of ten. Here, the children are concerned with avoiding punishment and ensuring that their needs are met. It has two stages.

Children obey parents or adults in authority for the sole reason of avoiding punishment.

Children, at this stage, begin to believe that the concept of rightness can be subjective and viewed from an individual’s viewpoint. They also base their actions on moral reciprocity and may tend to internalise an eye for an eye judgment method. They also learn to make deals and accept payoffs for positive behaviour.

This stage begins at the age of ten and can stretch well into adulthood, with certain adults. It may remain the same throughout their lives. Children gravitate towards acceptable behaviour and the actions of adult role models.

Children engage in good deeds in order to be viewed as good people within a set social group.

Rules are followed out of respect for authority and to maintain general order in society.

Only about 10 to 15 percent of the adults achieve this stage, wherein their morality is based on reasoning and principles that they have chosen for themselves. Most people don’t achieve this stage as they take moral values from people around them.

Although rules are made for the benefit of the majority, there can be individual exceptions.

People in this stage are guided by their individual principles that are applicable universally, like equality and human rights. They conform to rules that abide by these principles and shun the others.

You have an active role in shaping the foundation of morality in your child and can utilise it to help your child grow up to become a considerate human being. Here are a few guidelines on how to promote moral development in children.

It is essential that your child has a clear demarcation between what can be done and what needs to be avoided. Take time to explain to your child why certain behaviours like lying or hurting someone are wrong. Use this as an opportunity to teach a moral lesson to your child.

Children are very impressionable and mimic adults to the T sometimes. This is why it is important to exercise kindness and compassion in the way you deal with others and your children.

Reward a morally right behaviour with positive reinforcement so that your child knows that he is being appreciated for doing the right thing. Tasks like volunteering can instil a strong sense of community and the idea of giving back in your child. Working side by side with your children as you clean up parks or help out at senior homes can help your child grow into socially and emotionally skilled individual.

Moral development in children is a necessary part of their growth process and can help steer them in the right direction. It is important that you take the opportunity to help your child understand and internalise positive and good values right from childhood.