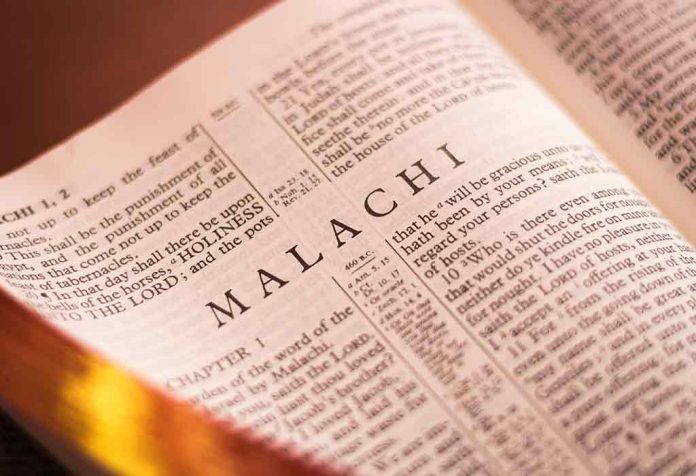 In the current trend of searching for unique names with beautiful connotations and mentions in the Bible, Malachi is one of the most trending names. Not only does the name convey a beautiful meaning rooted in Christianity, but multiple variations of it also make it easy to choose a name that is sure to stand out. Keep reading to know more about the name Malachi.

What Does Malachi Mean?

The name Malakhi was chosen for the organization because it is derived from the Hebrew word Malakhi, meaning “my/our messenger” or “my/our angel,” depending on the speaker. According to historical sources, Malachi was one of the 12 minor apostles mentioned in the Bible.

Malachi is a biblical name for one of the Twelve Minor Prophets. The title comes from the Hebrew word Mal’akhi, which means “my prophet or messenger” (Lord Jesus). Puritans, known for their spiritual strictness, brought the term to America during the 17th century Reformation. Because of this, Malachi is linked to the Irish surname Malachy, which means ‘worshipper of St. Seachnall’ (one of St. Patrick’s earliest followers). When Ireland was fighting for independence from Britain, King Maoileachlainn fought off Viking raids. Over time, the Irish surname Malachy became linked to the biblical surname Malachi.

Numerous ethnic groups have distinctive traits regarding the spelling, pronunciation, and permutations of the given name Malachi. There are other spellings for Malachi in numerous civilizations and religions, which help explain the historical significance of the highly similar name in various cults, countries, and ethnic groups. The following are just a few of the Malachi name variations documented across many ethnic groups:

How Popular Is the Name Malachi?

This means that the Malachi baby name ranking will have a 43.289 percent chance of meeting a boy with the same full name and 0.148 percent meeting a girl with the same proper name.

Interest in Malachi – US

Similar to the global search trends, the trends in US were considerably volatile as well. While the least interest and popularity were recorded at 33 in June 2011, the name reached the peak value of 100 only once in April 2017.

The popularity of the name Malachi

As per the global search trends for the name Malachi for the last ten years, it can be noted that most searches were generated out of Zambia. This is followed by Trinidad & Tobago, Jamaica, Zimbabwe, and Ghana. This implies a greater interest in the name among the African population compared to other parts of the world.

Search trends of Malachi in the US

Regarding searches in US sub-regions, Louisiana had the most searches across the last ten years. Mississippi, Alabama, Georgia, and South Carolina make up the top 5 sub-regions where the name was searched the most often.

Middle Names That Go With Malachi

To maintain the overall beauty of your newborn child’s name and retain the spectacular importance of the name, choosing suitable double names with Malachi is also necessary to ensure a cohesive sounding name when spoken together. Some examples of double names that include the letter Malachi that you might use for your children are as follows:

Malachi’s fame has grown dramatically in recent years as the namesake of popular personalities. Due to its traditional roots and attractive meanings, it is expected to regain the favor or be more generally seen as a middle initial.

Malachi has become one of the most popular baby names like the first, middle, or last name. There seem to be several ethnic characters, family names, and other names for Malachi that fit the appellation. Malachi is also referred to as:

When it comes to names that rhyme with Malachi, the possibilities are endless. Using a unique name like Malachi allows you to give your newborn child a one-of-a-kind moniker that incorporates the religious overtones of the name while remaining contemporary.

It is critical to choose acceptable sibling names that go with Malachi to ensure that most of your children have names linked and complement one another. The table below includes suitable sister names and brother names for Malachi:

(Nick-name) Acronyms are a great way to call your child fondly without ever saying their given name. There are various nicknames for Malachi’s name that parents might use to call their child affectionately in informal contexts.

The name Malachi has a wide range of connotations among people of different races and nations, mainly owing to its biblical origins. It has regained popularity in this regard due to the presence of young celebrities with the name Malachi. The name is becoming increasingly popular as a first or middle name in most nations due to this trend.

Keep your Smartphone Safe and Snug With these Security Tips

Important Days to Observe and Celebrate in the Month of May

6-Month Checkup for Babies – What Does It Include?