Home Life & Work Money & Finance What Is the Gender Pay Gap and How to End It ? 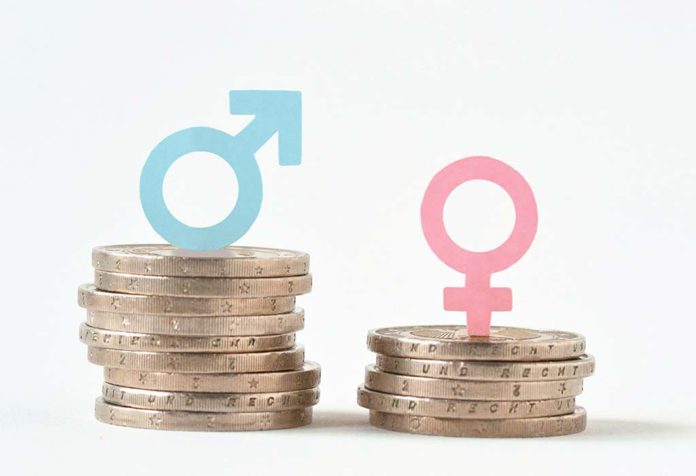 The concept of the gender pay gap has gained much traction in the last few years, although it has been around since women entered the corporate space. Women are at a disadvantage across many things, such as annual income, interest rates on loans and savings, and the cost of most things starting from razors to perfumes. While they are charged highly for essential products in ‘pink tax,’ their wages are yet to catch up to their male counterparts.

While it may seem like a backdated concept, which it is, many employers choose to implement it to save costs and maintain a patriarchal system in the organization rather than one based on merit and capabilities. If you wonder what the gender pay or wage gap is, keep reading to know all you need to about how it works and why it exists.

What Does Gender Wage Gap Mean?

The gender wage gap or the gender pay gap is the difference in pay between men and women that have been calculated across all the industries. To arrive at the wage gap, the experts used several ways and concluded that women earn less than men in most industries, and this difference in earnings is more significant for women of color. Going by the Census Bureau data from 2018, it is seen that, on average, women of all races earned 82 cents for every dollar earned by men. The calculation is based on the median annual wages of women working full-time compared to the yearly wages of their male counterparts.

The wage gap exists for several reasons and is higher for women of color and other ethnicities. For example, for every dollar earned by non-Hispanic white men, Filipino women made 83 cents, Tongan women made 75 cents, and the Nepali women earned even lower at 50 cents. It is thought that the excessive wage gap for women of color is because of harmful gender and ethnic bias.

1. Differences in The Types of Jobs Worked

When performing the wholistic wage gap calculations, researchers found a significant influence of occupational segregation on the wages of men and women. Historically, men and women have been funneled into jobs segregated into industries dominated by each gender. Whether by societal expectations or personal preferences, there have been women’s jobs and men’s jobs. For example the healthcare industry pays lower wages and are predominantly female-dominated, unlike male-dominated jobs in building and construction that pay higher and more benefits. Such difference brought about by gender is true across all industries, and a vast majority of work at different levels to managers and senior leaders.

Most women get caught up with childbirth and child care responsibilities, which forces them to drop out of their jobs, missing out on valuable work experience. Because of the missed out time, they have fewer years of work experience than their male counterparts. The difference in work experiences means that women will have to take up lower positions with lesser wages.

Across multiple industries, women also tend to work fewer hours than men, reflecting lower wages earned at the end of the year. The reason for fewer hours could range from accommodating caregiving or even other unpaid obligations and societal norms. Women are also more likely to take up part-time jobs because of their circumstances, making them earn less than their full-time counterparts.

Although gender-based discrimination of pay was outlawed in 1963, the practice still exists, affecting women of color disproportionately. Discrimination based on gender is more prevalent in workplaces where open discussion of wages is discouraged, and employees are more afraid of speaking up. Other than discriminating against women based on gender, employers also use their salary history during the hiring process and offering compensation. This can affect women as their discrimination compounds from one job to another.

While the law mandates equal pay for equal work for both the sexes, the gender wage gap exists for several reasons- and yes, it is illegal to pay less based on the Equal Pay Act of 1963. According to the law, employers cannot discriminate between the employees based on their sex for equal work on jobs requiring the same effort, skill, and responsibility. However, according to some experts, the vague wording of some of the law provisions opens up loopholes that make it impossible to prove wage discrimination based on gender. How to Close The Gender Pay Gap

According to the World Economic Forum (WEF), women on average earn 68% of what men do for the same work. Considering the current rate of progress, it would take about 257 years to close the wage gap and achieve equity of pay worldwide. The recent covid pandemic also worsened things by increasing the pay gap by 5%, undermining much of the progress made in recent years. Achieving gender equality is a multidimensional problem as it needs to be handled at the level of the home, workplace, and the law. Although most places in the world have laws that ensure equal pay for equal work, the laws are not strictly implemented.

The gender pay gap is a systemic problem that reflects the underlying misogyny in patriarchal societies. In most places around the world, men’s contributions are placed at a higher value than the contributimen’sf a woman, although they are in the same role and equally qualified. The other factor that feeds the gender pay gap is the cultural norms that nudge women towards lower-paying jobs and low-valued occupations to fulfill their familial and societal obligations. These misogynic attitudes affect girls’ education and their developmental outcomes in communities, fugirls’hindering their movement into influential positions in academia, social services, and politics.

To close the gender pay gap, it is essential to educate more people, especially the younger generation, in understanding the gender injustice that exists within societies that stop women from achieving their full potential. The laws that enforce pay equity need to be implemented strictly and responsibly to ensure equality and transparency at the workplace. Recruiting more women to leadership roles and supporting them in making decisions about women empowerment is essential to encourage more women to move into higher-paying industries and roles.

Facts About The Gender Wage Gap

Here are some interesting facts about the gender pay gap:

1. The Gender Pay Gap Can Only Measure Inequality But Not Discrimination

While many wonder if the wage gap is real, it is essential to understand that it is a metric that only informs us about the difference or the inequality in pay between men and women. The pay gap is a number that also reflects much deeper than the concept of equal pay for equal work. The differences are often driven by several factors such as the education of the workers, the occupation, experience, etc. When the number is considered irrespective of the factors, it is called the ‘unadjusted’ pay gap. When the factors are taken into consideration, it is called the ‘adjusted’ pay gap. The conversation is mainly about the 18% gender pay gap statisics, which is an unadjusted pay gap. According to a recent report by payscale, it shrinks down to 2% when all the factors are accounted for. However, it is complicated to measure discrimination, and therefore, it remains unquantified.

2. Although The Segregation Based On Occupation Has Dropped, Women Still Choose Lower-Paying Jobs

In a puzzling phenomenon that remains to be fully explained, women continue to choose lower-paying occupations. However, many efforts have been made to remove segregation barriers in the developed countries. For example, women are underrepresented in the STEM fields, making up only 35% of those who receive degrees. More than half of those who choose STEM, drop out mid-career at nearly double the rate of men.

3. The Wage Gap Grows Over The Careers of Men And Women

Both young men and women start their careers with equal pay; however, the gender wage gap has grown over the years. One of the reasons attributed to lower income for women is that they negotiate less, getting fewer raises or promotions. Even when women negotiate assertively for higher pay, they are still more likely to receive less or be penalized for breaking social norms. Another contributing factor is that women take time off to have children and care for them for a period of missing out on their career growth.

4. The Gender Pay Gap is Larger For Older People

The gender pay gap statistics change along with the person’s lifetime. In developed countries with equal education and employmenperson’sunities, the pay gap is smaller. As they grow older, the pay gap increases. It could be because of a range of factors from marriage to childbearing to discrimination where the experience of a man is valued more than a woman.

5. The COVID Pandemic Set The Labor Participation of Women Back by Three Decades

The disruption caused by the pandemic led to massive layoffs and a lack of childcare which forced women back to their roles as caregivers. As per wage gap statistics for February 2021, reserachers estimated that the labor participation of women was at 55.8%, which was the same back in April 1987. The disruption also disproportionately affected women of color and women engaged in low-wage occupations.

6. Gender Pay Gap Has Steadily Declined In Most Countries

With the implementation of equal pay laws, the gender pay gap has steadily declined in most countries worldwide in the last few decades.

The gender pay gap is a metric that reflects the difference in median earnings of men and women across various industries. Although equal pay laws exist, the gender pay gap is still prevalent in all countries due to several factors, such as differences in work experience, work hours, discrimination, etc.

A Baby On Your Mind? All You Need Is to Be Happy!

Let’s Talk? 5 Times you and your Man Must!

Dealing with Stepchildren Made Easier!

Is It Safe to Give Bottled Water to Babies?