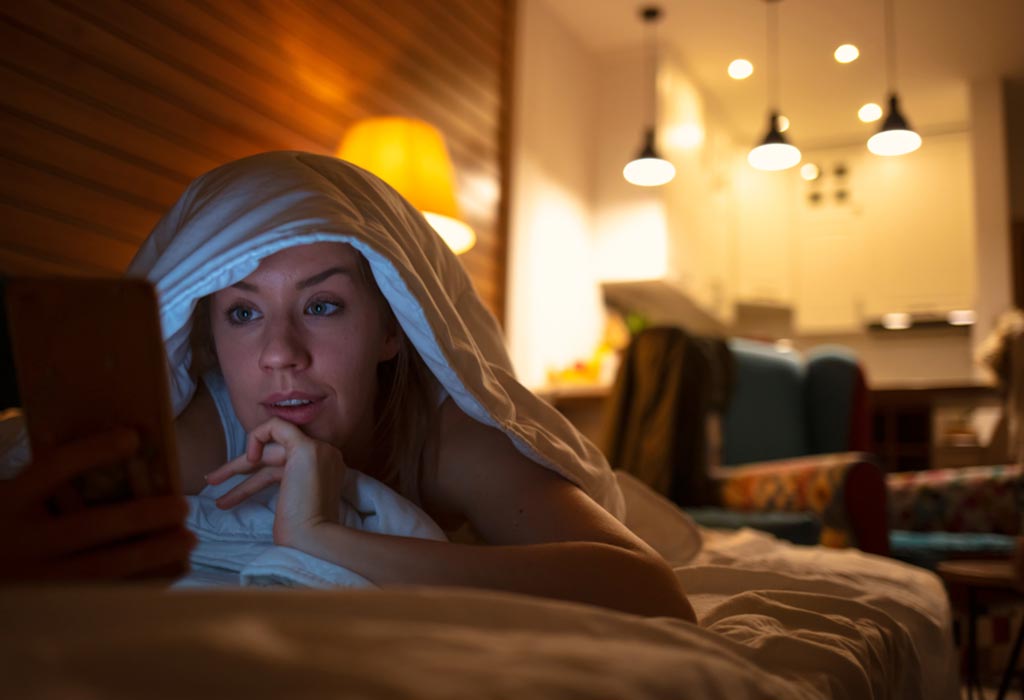 There is something about crime documentaries that keeps most of us glued to them! Whether it is about being aware of the world around us, knowing more about the insane and unimaginable criminal minds, or simply watching something thrilling, there can be many reasons that make us want to watch such kind of content. If you, too, are addicted to thrill and crime and wish to know some of the most interesting crime documentaries on Netflix, look no further! We have assembled some gripping actual life dramas that you would love to binge-watch; read ahead to know…

If you wish to know and educate yourself about some of the deepest darkest secrets of the criminal minds, here are some of the most popular crime documentaries on Netflix that you should not miss. Here is a list of some of our tops picks in no particular order:

1. American Murder: The Family Next Door

This is one of the newest crime documentaries on Netflix that features the Watts family murders in the year 2018 in Frederick, Colorado. The documentary shares the case of Chris Watt, who committed an extremely grim and horrifying crime of murdering his pregnant wife, Shanann, and two daughters, Bella and Celeste. The documentary was made with the lead from Shanann’s text messages, social media account, courtroom shots, footage from the interrogation room, and police investigation, which lends it such an eerie true-crime feel that will make you want to binge it.

This crime documentary released in 2020 gave people something else to talk about rather than the global pandemic. The documentary offers a completely unforgettable experience to the viewers with a story that is not only bizarre but moves so rapidly that it leaves the viewers wanting more. Watch this jaw-dropping documentary of Joe Maldonado-Passage, also known as Joe Exotic, a convicted felon and a zoo-keeper, who, with his other eccentric allies, was part of various acts of polygamy, deceit, and more!

3. Killer Inside: The Mind of Aaron Hernandez

This is one of the best true-life crime documentaries on Netflix that you cannot miss! This true-crime documentary shares the story of Aaron Hernandez, a former professional American footballer, who was convicted of murdering a friend. This documentary includes interviews, stories from family, friends, and players of how this prolific player, who had fame, money, and name, but all came still came crashing down because of his life choices.

This strange documentary that seems too weird to be real is the true-life story of Jan Broberg. In 1970, Jan, a 12-year-old girl from Idaho, was abducted by her neighbor, Jan Broberg Felt, a trusted family friend. The shocking fact is that he didn’t abduct her on one but two occasions. This documentary is a cautionary tale, whether the caution is against human naivety or evil, left on the viewers to gauge.

This is an eye-opening true-life crime documentary that talks about the marijuana industry of California that also includes Northern California’s Humboldt County’s legal and illegal establishments. All these enterprises have been responsible for cover-ups, murder and disappearances as the local population prefers the outlaw view of justice. This documentary particularly shares the murder case of Garrett Rodriguez, who was a twenty-three years old cannabis grower in the year 2013.

Making a Murderer is a true-crime documentary of Steven Avery of Manitowoc County, Wisconsin. After serving almost two decades in prison for the wrongful conviction of sexual assault of Penny Beerntsen, even when he had an alibi, this man was again charged and arrested for the murder of Teresa Halbach, a 25 years old photographer who was last seen on Avery’s property. Both Avery and his nephew were later proven guilty of the crime.  This documentary is so engaging and captivating that it won four Primetime Emmy Awards in 2016.

This 2019 American crime documentary is directed by the director duo Robert Kenner and Taki Oldham. The story revolves around Henry Lee Lucas, who confessed to a series of murders in the 1980s that rendered some kind of closure to the grieving families of those who were murdered. The thrilling fact is that there was no direct linking of Lucas to all those crime scenes. However, in his confessions, he stated details of victims that stated otherwise. His confessions were subjected to questions and gained attention across the world, and this documentary explores this and much more about Lucas!

This compelling and heart-wrenching documentary shares the pain of young U.S gymnasts sexually abused by the Olympic doctor Larry Nassar. This true-life documentary unraveled the heinous sexual crimes committed by the doctor for over a few years, which were finally uncovered in 2017. The unforgiving crime committed against these young women in the garb of conducting physical examinations and other therapy sessions is something that sends chills down the spine!

This is a seven-episode true-life crime documentary that explores the unsolved mysterious murder of a nun named Catherine Cesnik. The beloved nun who was a high school teacher disappeared on November 7, 1969, from Baltimore, and her body was found nearly two months after her disappearance. The case remained unsolved; however, it again attracted public attention in the 90s when one of the students of Cesnik put allegations of sexual abuse on the high school chaplain. How the director attempts to bring into light an unsolved case makes it a binge-worthy watch!

This thrilling documentary features the footage of death row inmates who are convicted of capital murder. Each episode in this 10-episode documentary features a different prisoner awaiting death row, who shares their stories, events, and motivation that led them to commit these gruesome crimes that included killing an abusive spouse and robbing banks, etc. It is fascinating how the director humanizes these criminals by including different sides to their stories.

An infuriating and heartbreaking crime documentary that features the case story of a 19 years old boy named Sean Ellis, who was unjustly convicted for murdering a police officer and served a sentence of 22 years. How Ellis and his defense attorney fight hard to prove his innocence and expose the corruption, racism, and injustice within the system make it a perfect watch!

12. The Trials of Gabriel Fernandez

This crime documentary is about an eight-year-old boy named Gabriel Fernandez, who hailed from Palmdale, California, and was brutally abused and murdered by his mother and boyfriend. The director, Brian Knappenberger, confessed to having taken help from a professional therapist because of the disturbing content that he was dealing with while making this documentary. Please don’t give it a miss to see some eye-opening investigations that help put the culprits behind bars!

This is a crime documentary series that follows the trial of the famous novelist Michael Peterson, who became the prime suspect and was convicted of killing his wife, Kathleen Peterson. The novelist pledged not guilty and fought a judicial trial that lasted almost 16 years, but his claims did not match the actual happenings, and that’s what caused suspicion. This documentary was directed by Jean-Xavier de Lestrade, an Academy Award-winning documentarian, who was given access to the courtroom, investigations, and extended family for the documentary.

This is a crime documentary film directed by Kity Green that uncovers the death of a six-year-old boy named JonBenet Ramsay. The film showcases the casting process in which amateur actors of the town are taken to dramatize the actual part of the story. During the entire process, how the individuals dressed to audition for the part reveal their speculations and emotions makes this documentary more fascinating. When we talk about crime series or films, it is the facts and figures that one focuses on, but this one is truly an exception because you give emotions and speculations a fair thought!

This true-crime documentary featuring on Netflix is based on a book by John Grisham. The non-fiction book uncovers the murder cases of two women in Ada, Oklahoma, in 1982 and 1984, respectively. The documentary takes a closer look at the murders as it shares interviews of family and friends of the victims, attorneys, Ada residents, journalists, and other people who were in any way linked to the murder cases. The actual footage of archival photos and videos makes it a compelling watch!

This is one of the best true crime documentaries that examine Amanda Knox, a foreign exchange student convicted of murdering her British roommate Meredith Kercher in Italy. Both Knox and her boyfriend Raffaele Sollecito were the prime suspects of the murder and were sentenced to four years of imprisonment. However, both were cleared of murder charges in 2015. Watch this documentary that covers a case that made headlines across the globe in 2007!

17. Conversations with a Killer: The Ted Bundy Tapes

This true-crime documentary of a notorious serial killer Ted Bundy uses more than 100 hours of archival interview tapes, interviews of surviving victims, family and friends, and others associated with his case to fashion this four-part crime series. Bundy was convicted of murdering more than 30 women and was finally executed in 1989, talks about his life’s motives and perspectives on why he committed those crimes in those archival tapes is what makes this documentary worth watching!

18. The Disappearance of Madeleine McCann

This heart-wrenching documentary examines the case of a three-year-old girl named Madeleine McCann, who disappeared under suspicious circumstances when she was vacationing in Portugal with both her parents. The documentary that examines an unsolved case also considers many questions such as, did parents have anything to do with the disappearance, or are they the ones we should sympathize with? Apart from other such assumptions, watch it for this and more!

Well, this documentary is not for the faint-hearted as this true-crime documentary unfolds the murder of Brian Wells, and the case also involves one of the most diabolical and insane bank heists of all times. The case is as crazy as it gets, and it sometimes difficult to believe whether such instances can actually take place or are they just figments of someone’s wild imagination! Watch this to see how some people can get to what levels to get away with killing someone!

This 2017 true-life crime documentary film revolves around a 24 years old black man named William Ford Jr., a 19-year-old white man shot. What makes this documentary one of all kinds is the fact that it is directed by the victims’ brother, who uses not only personal information but interviews, facts, photos, and other such information that brings out the plight of the black population fighting for justice.

These are some of the most entertaining and thrilling crime documentaries on Netflix that are a must-watch. Don’t blame us if you forget the rest and keep are glued in front of your screens as you watch these spine-chilling documentaries! Happy watching!