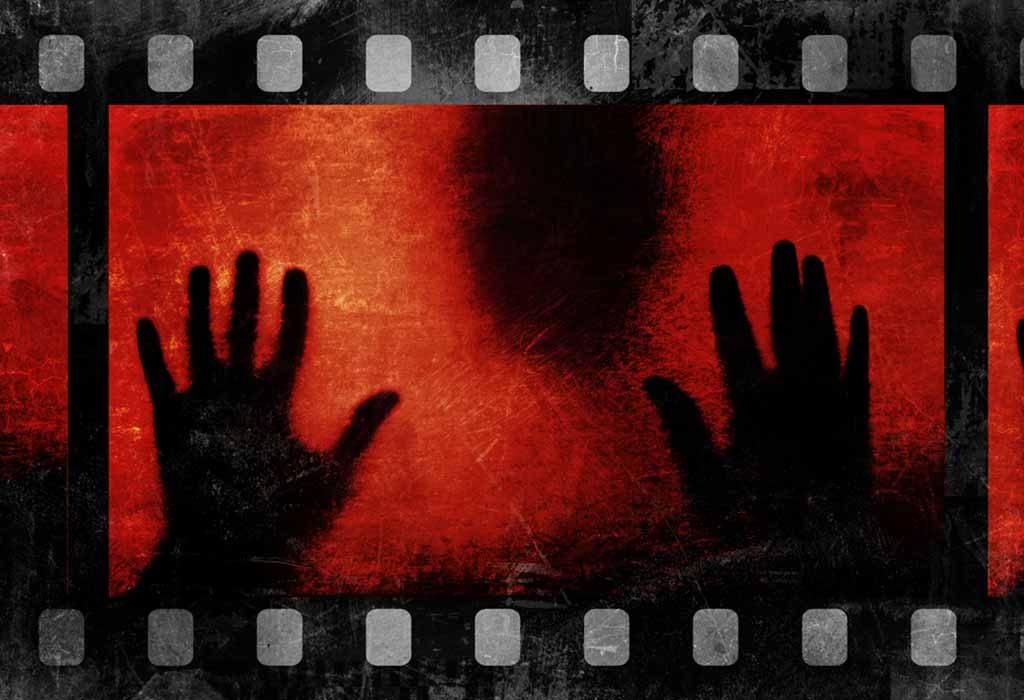 Most people watch movies for entertainment, but did you know some genres, such as horror, can teach you how to deal with anxiety and uncertainty? While the thrill and the suspense can be fun, they can also help you practice coping strategies. But, choosing the right horror movie is also needed or else the weak plotlines and lacklustre acting and effects will disappoint one and all. Check out this list of 20 horror movies we think you should watch on Netflix!

Here is a list of some of the scariest horror movies on Netflix:

This horror movie, which shot to fame in 1999, was not an actual ‘found footage’ as initially claimed. However, the rumour worked to make its brutality and rawness a lot scarier. The movie, which is in a documentary format, follows teenagers looking for the Blair Witch and finding her. The storyline brought out people’s worst fears at an elemental level, with many still believing that it is accurate.

This slow-burn thriller is about strange occurrences on an island caused by a mysterious force that affects the wildlife and the residents on the island. A fisherman who follows the peculiar events has a hard time convincing the town folk and experiences violent outbursts, eventually throwing his family in harm’s way.

The conjuring is a supernatural horror film that is a modern take on the haunted house genre. A family experiencing supernatural haunting after moving into a farmhouse on Rhode Island seeks the help of a famous demonologist duo to figure out what’s going on. The paranormal hunters face one of the scariest cases of their careers. The horrifying scenes and creatures make it one of the best jump-scare movies on Netflix.

If you love the haunted house style movies, then this one has all the elements – creeps, chills, mystery, and jump scares. The story is about a family that moves into a new home, and their son falls into a coma. Strange and eerie events begin to happen that reveal that something evil is lurking in the house.

Apostle is a slow-burn horror story about a man who goes to rescue his sister from a cult. The movie starts on a light note and gradually goes downhill into a dark and gross place with an unforgettable climax.

The Ring is one of the most popular classic horror movies on Netflix. The story is about an urban legend. It’s about a videotape filled with unrelated nightmarish images and a series of events that follow with the viewers of the tape. After watching, each viewer receives a phone call about their impending death in seven days. A reporter investigates the story about such deaths and gets to the bottom of it after watching the tape and getting a phone call herself.

This supernatural horror movie was set in the 1630s. When the youngest son of a farmer vanishes, suddenly the family is enveloped with despair. The oldest daughter, who is watching over the boy, gets the blame after the disappearance. They suspect her of witchcraft and satanic foul play. The events test the family’s trust, faith, loyalty, and love. for each other.

The movie is about some students surviving a holiday break stuck at a school with what appears to be a supernatural force. A young girl who is feeling alone gives herself up to demonic possession. The girl is willing to kill for her new friend, the demon, the demon eventually leaves her to her fate of complete loneliness.

The movie is set in the ’80s during the Iran-Iraq war when the bombings destroyed people’s lives and homes. After the movie’s protagonist’s building is hit with a missile, she is told by a superstitious neighbour that the missile brought a supernatural curse. When strange things begin to happen in the house, she is forced to confront the spirits to protect her daughter.

A science-fiction thriller and horror movie from the ’90s, Event Horizon, is a favourite among the nerd and horror movie fan community. A spacecraft that runs on a gravity-powered drive begins to transport people to a dark and hellish side, which drives them insane. The black hole at the heart of the gravity drive is then thought to open the gate to a different dimension with dark forces at play.

This movie follows the survivor of a shipwreck who gets stranded on a small deserted island. The girl eventually discovers that something is crawling out of the water to hunt on the island at night. She has to fight off the monster alone to survive. This is one of the new horror movies on Netflix that could soon turn into a cult classic.

When a deadly plague ravages a small Jewish community, a mystical woman decides to conjure a creature to protect her community from the foreign invaders. But eventually, the supernatural creature turns out to be a far greater evil than the invaders. She then has to destroy the beast before it ends up killing everyone in the village.

This supernatural thriller revolves around the story of a couple who are recently mourning the death of their son. They decide to foster a boy who has a troubled history – his dreams and nightmares physically manifest in his house as he sleeps. What starts as a magical experience that gets the parents by surprise ends up becoming a tragedy once the nightmare starts manifesting.

This is a psychological horror film about two families who have survived under an uneasy alliance in a post-apocalyptic world. They must stay together to keep evil at bay. However, they soon discover that the greatest evil comes not from the outside but from within. The constant uncertain darkness and the toll it takes on the survivors is a terrifyingly good ride.

This Netflix original is a great horror subgenus or a home-invasion thriller. The movie revolves around the deaf protagonist who lives alone in a secluded house. She doesn’t notice when a serial killer stalker enters her house and begins to haunt her. The movie involves lots of jump scares and anxious scenes along with some gore.

This mystery psychological horror film is among the top scary movies on Netflix as it keeps you on your toes constantly anxious about what might come next. The movie is based on a novel in which innocent people are lured into the tall grass in a cornfield where they hear cries for help. When they venture out to explore, they get lost in the grass with many others for days going around in circles.

If you like psychological thrillers and horror movies, then this one should go on your list of must-watch. After the death of their son, a loving couple separates, and the wife returns with her new husband to the lives of her friends after a period of absence. She invites her ex for dinner, and her behaviour is eerily off along with her friends. Throughout the dinner, the ex picks up suspicious details and starts to wonder what’s going on.

This Scandinavian thriller horror movie follows a group of friends who reunite after the tragic death of their friend. When on a hike in the wilderness, they take the wrong turn and end up in an abandoned cabin with bizarre religious symbols inside. They soon realise evil forces are stalking them from ancient Norse legends.

A sci-fi horror movie, Our House, revolves around the lives of the siblings who have recently lost their parents. The eldest, who is also a science wiz, struggles to care for his siblings working during the day and tinkering in the night to build a device that can produce wireless electricity. However, he gets more than what he expects when the machine begins to wake dead souls that will come to haunt the house.

If you are a fan of documentary-style movies with shaky camera work, then you will love this. A tomb raider and her crew go looking for treasure in the catacombs of Paris and get more than what they are prepared for.

This list of actual horror movies covers all genres, from true stories to science and psychological thrillers. It is just what you need for your next Halloween horror binge.