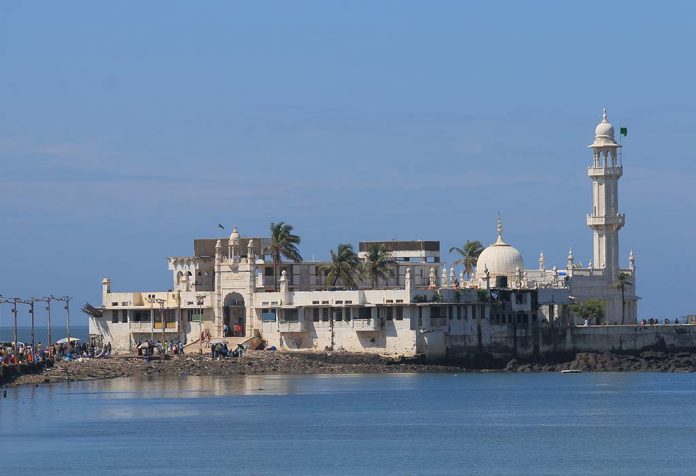 India is famous for its rich culture and heritage. People following different religions live here. India is home to many religious places and these holy places are a must visit. If you are planning a religious tour with your family, here are 15 places that should be in your itinerary.

Holy Places in India That You Should Explore with Your Family

Many people in India, especially the elderly, wish to visit the various pilgrimage places of India. Therefore, we have mentioned a list of 15 sacred places in India that you can visit with your family.

Bodh Gaya is one of the most important pilgrimage sites for Buddhists. It is situated in the Gaya district of Bihar. The Mahabodhi temple in Bodh Gaya was declared a UNESCO World Heritage Site in the year 2002. It has an 80-feet tall statue of the Buddha. Apart from these, Bodh Gaya has three monasteries and several organisations which hold classes on Buddhist philosophy. Another interesting organisation called the Dhamma Bodhi Vipassana Centre holds Vipassana meditation courses for people who are on spiritual pursuits. 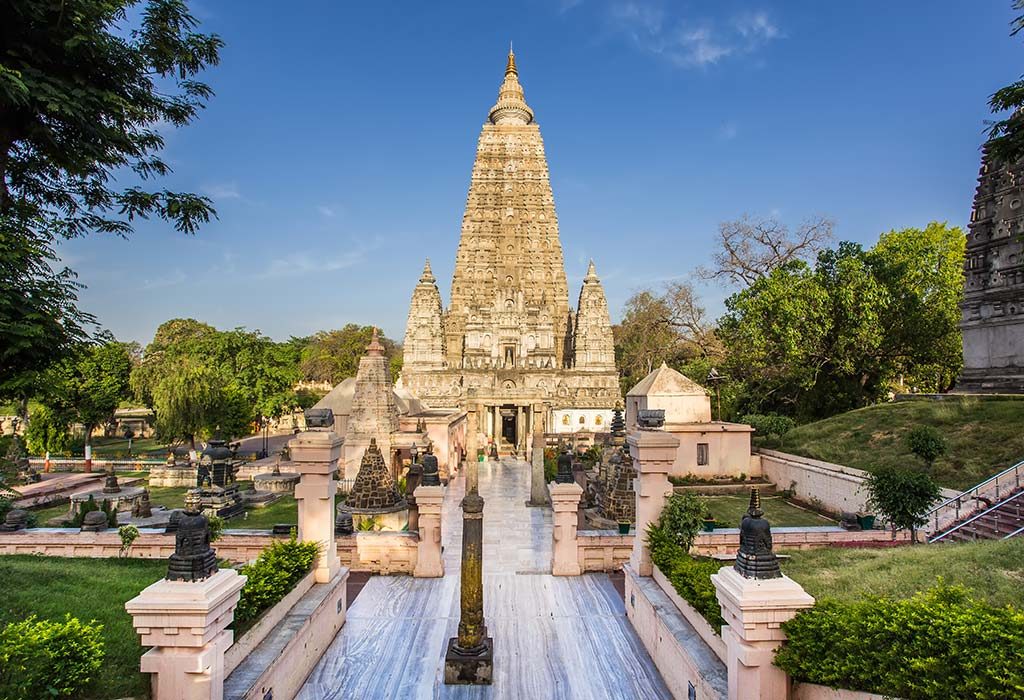 Bodh Gaya is important to Buddhists. It is the place which houses the Mahabodhi tree under which Gautam Buddha attained enlightenment.

Jagannath temple in Puri, Odisha is an important pilgrimage for the Hindus. The annual Rath Yatra is celebrated in this holy town of Puri where the idols of deities Jagannath, Balarama (Balabhadra) and Subhadra are taken in a procession from the Jagannath temple to the Gundicha Temple through Lord Jagannath’s maternal aunt’s house. All three deities stay there for nine days, then return to the temple. People feel blessed when they get a turn to pull the chariot of Lord Jagannath.

Along with Lord Jagannath, Balabhadra and Goddess Subhadra are the main deities here.

The holy Amarnath cave is situated in Jammu and Kashmir and can be reached only after trekking rigorously for a few days. The cave is at a height of 3,888 metres above the sea level and approximately about 140 kilometres away from Srinagar. The cave is covered with snow for most of the year and is open for pilgrims during the summer months. There is no idol as such; however, a Shivlinga is created naturally when the water falling from the roof of the cave freezes and grows vertically. 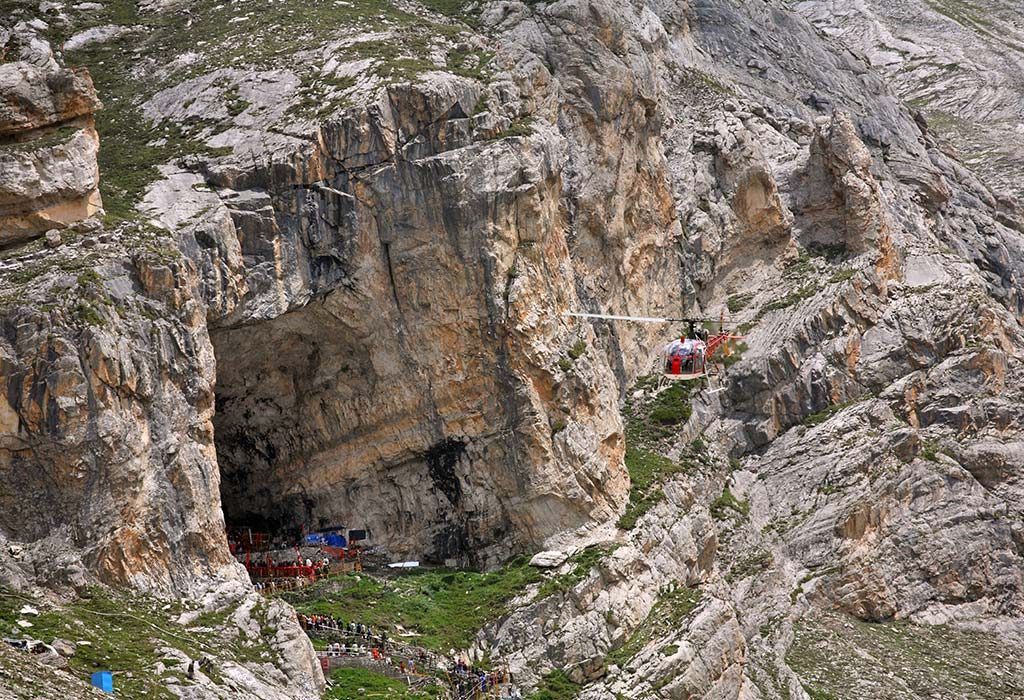 Also known as “Baba Barfani”, it is an important place of pilgrimage for the Hindus and one of the 18 Mahashakti peethas – a place where one of the body parts of Goddess Sati had fallen.

The Ajmer Sharif Dargah in Ajmer, Rajasthan is visited by millions of devotees every year. It is one of the most popular religious places in India. The shrine has the grave of the saint Khwaja Moinuddin Chisti. People following different religions come here to seek blessings from the Khwaja Moinuddin Chisti. It was popular even during ancient times. Mughal emperor Akbar is believed to have visited the holy place fourteen times during his reign.

The Dargah named after the saint Moinuddin Chisti is also known as “Gharib Nawaz”. People from India and abroad visit this holy place to pray so that their wishes get fulfilled.

Shirdi is the abode of the revered fakir Shri Satchidanand Satguru Sainath Maharaj, also known as Shirdi Sai. The Shirdi Temple in Maharashtra is visited by people of different religions. He believed that there is only “One God”. A visit to Shirdi is more of a spiritual journey than a religious one. 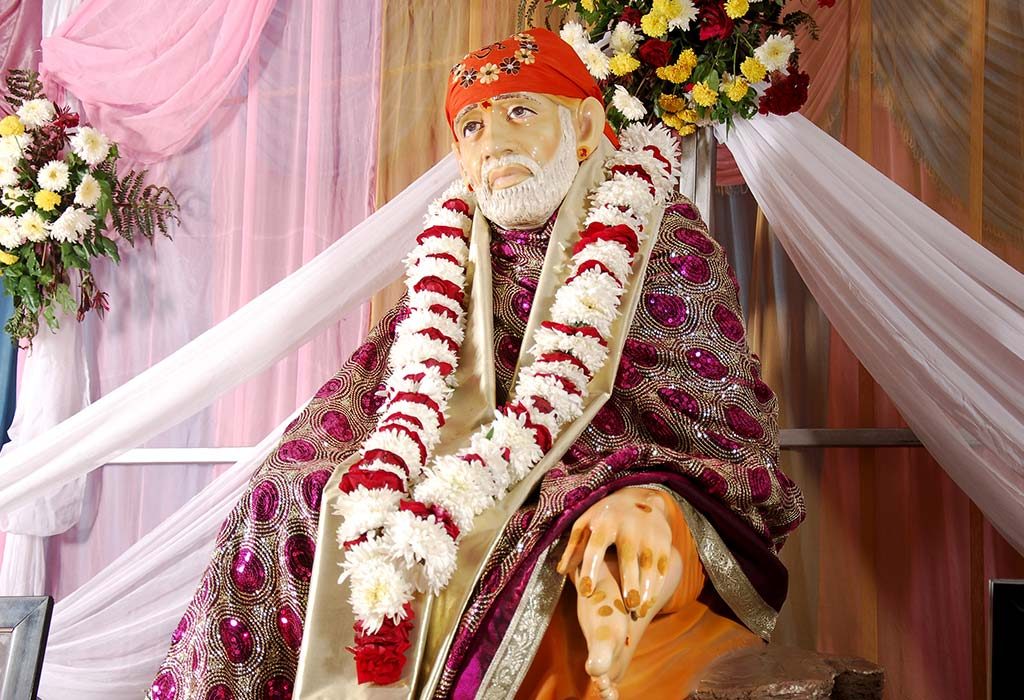 The neem tree under which the saint used to sit and meditate is now known as Gurusthan, and the abandoned mosque where he lived later is called “Dwarkamayi”.

The Palitana temples of Jainism in Bhavnagar, Gujarat are considered the most sacred religious places. The temple is an amalgamation of 863 temples in the Shatrunjaya hill.

The main temple is dedicated to the first Jain Tirthankara, Rishabhnath, who is worshipped and considered sacred by the Svetambara Jains. However, for the Digambara sect of Jains, there is only one temple in this hill.

The Harmandir Sahib Gurudwara in Amritsar is one of the most important pilgrimage places for the Sikhs. It is also called the Golden Temple because the dome is gilded in gold. Not just Sikhs but people of other religions also come to this holy shrine to witness its splendour. The Langar (food service) at this Gurudwara requires special mention since it operates 24/7. 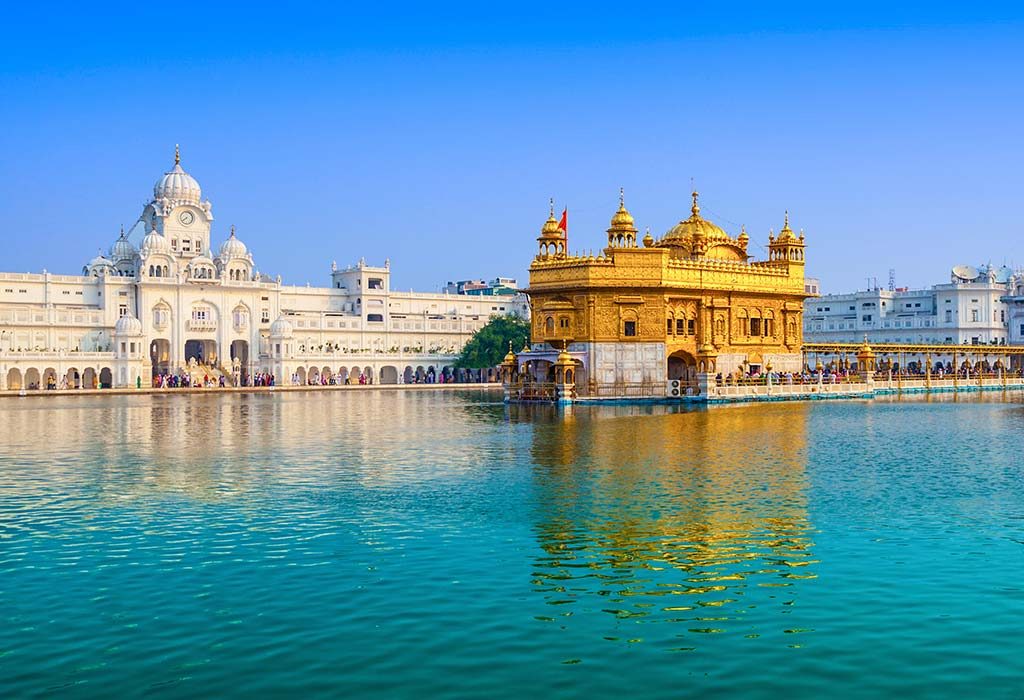 It was built by the fourth Sikh Guru Ramdass Sahib Ji. The very first edition of the holy Guru Granth Sahib was kept here under the care of Baba Buddha. It was here that Guru Gobind Singh established the Khalsa Panth in the year 1699.

Although these are two different places, the names of both the places are taken in the same breath. The Ganga aarti every evening at the Har ki Pauri ghat in Haridwar is what people love to be a part of. Apart from the religious significance of both the places, people also come to these two towns to embark on a spiritual journey.

Both the places are on the banks of the river Ganga and therefore an important place of pilgrimage.

It is the first minor basilica and is one of the oldest and most important religious places for Christians in India. The church is located in Old Goa, and the Basilica holds the mortal remains of St. Francis Xavier. It is also well-known for its baroque architecture. 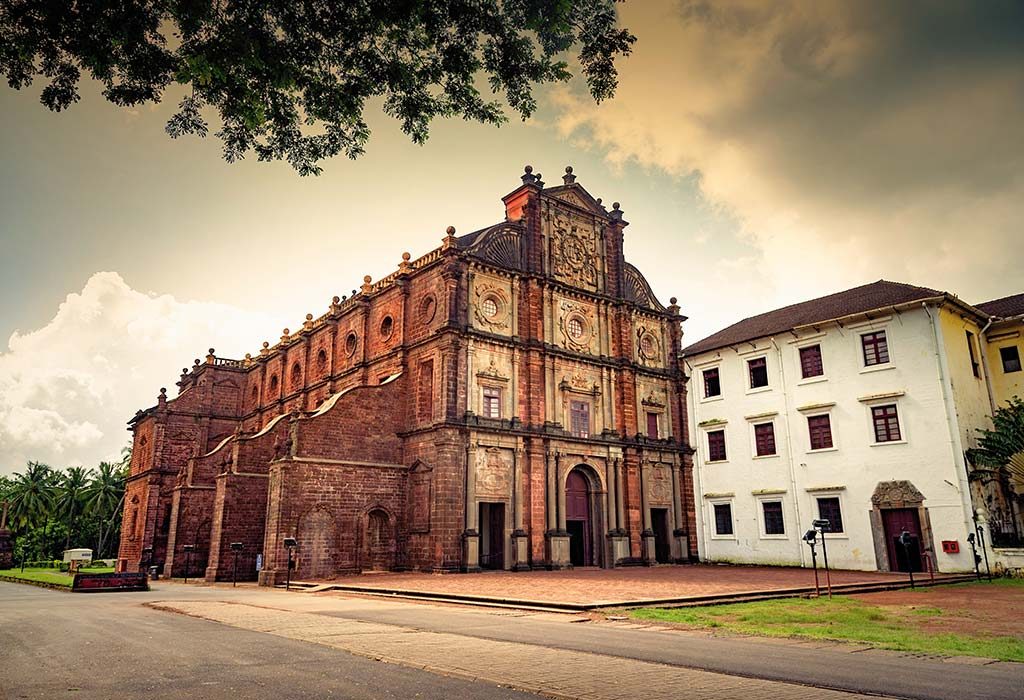 The mortal remains of St. Francis Xavier has been kept here in a casket and is taken out for public viewing once in ten years. He is believed to have miraculous powers to heal people.

One of the most revered religious places to visit in South India is this holy shrine of Lord Venkateshwara in the Tirumala hills. This holy temple is known for its magnificent architecture. It is one of the most visited Hindu temples in India.

Many devotees come to the temple by walking all the way up to the temple from the foothills of the Tirumala hill just to seek blessings of Lord Balaji.

The temple is situated in the Trikuta mountains in Jammu and Kashmir. People trek for 25 kilometres to reach the temple. However, there are palkis, mules, and helicopter services for people who cannot walk up to the temple. 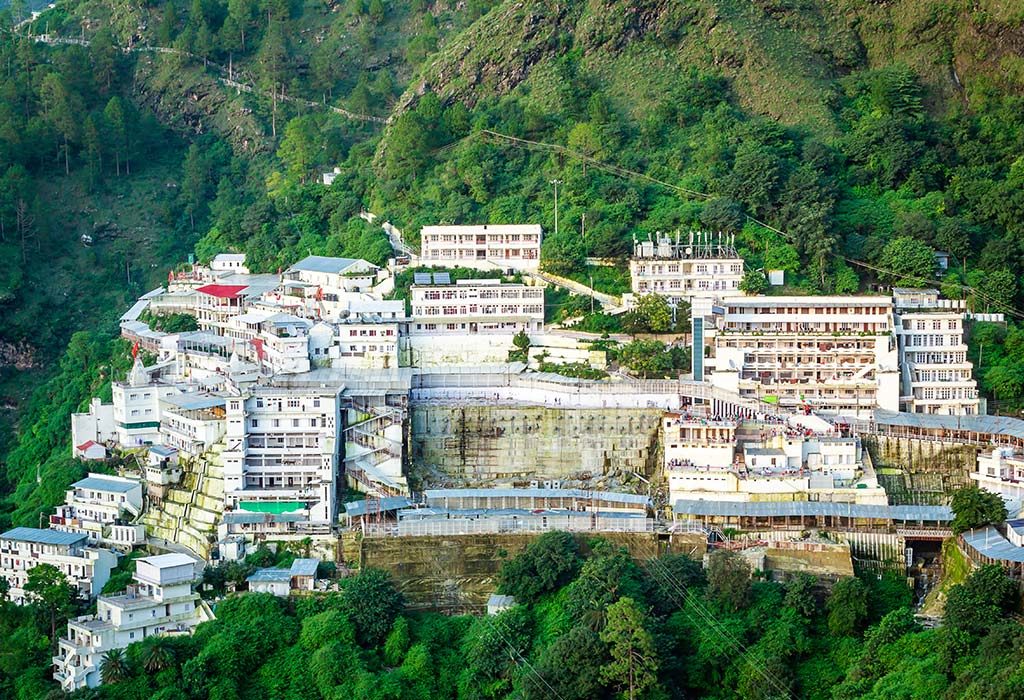 It is a shakti peetha and is regarded as one of the most important religious places. Along with Vaishno Devi Maa’s darshan, a visit to the Bhairavnath temple is a must here.

The famous temple of Kashi Vishwanath is located in Varanasi and is dedicated to Lord Shiva. It was destroyed several times by foreign invaders but was rebuilt again. It is well-known for its gold-plated domes, spires, and the Nandi bull statue.

It is one of the twelve Jyotirlingas. The temple is so old that it is mentioned in the Skanda Purana.

Kedarnath is a Hindu temple dedicated to Lord Shiva. It is about 3584 metres above sea level. It lies near the Chorabari glacier which is the starting point of the river Mandakini. It is surrounded by the snow-capped mountains and is an ancient pilgrimage site. 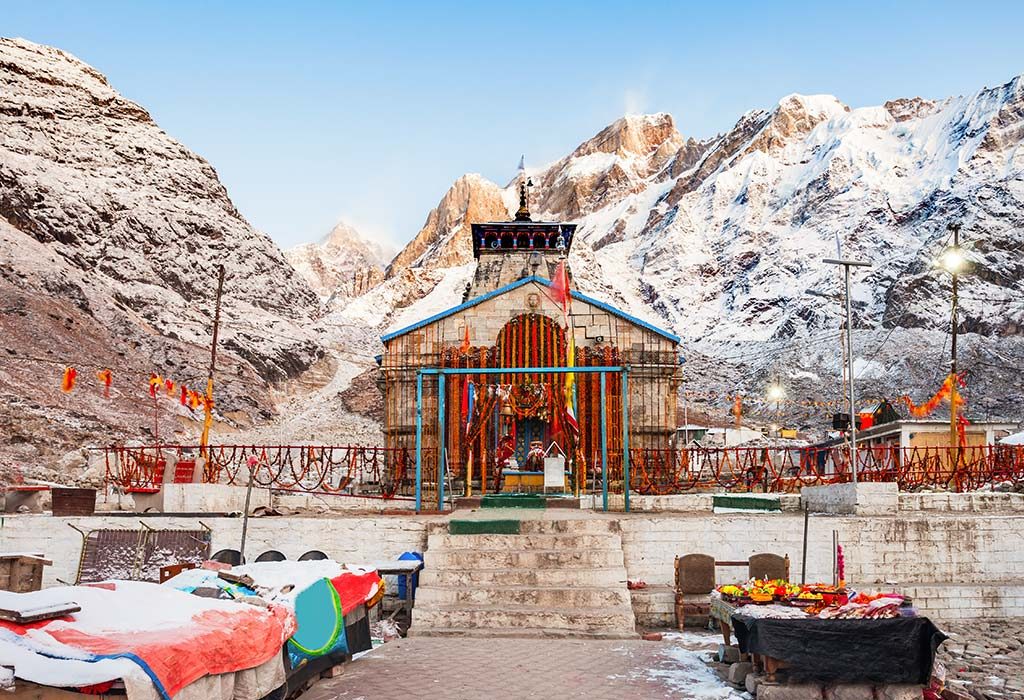 It is one of the char dhams in India. The holy place is mentioned in Skanda Purana where Lord Shiva is said to release water from his hair which formed the river Ganga.

There are many Islamic holy places in India, but the Dargah of Haji Ali is one of the most visited ones.It has white domes and minarets and the dargah has the influence of Mughal architecture.

It houses a mosque along with the tomb of Pir Haji Ali Shah Bukhari. It is believed that one can get their wishes fulfilled by praying here.

The town of Badrinath lies in the state of Uttarakhand. It is an important pilgrimage site since ancient times. This place is home to Lord Vishnu who came here to meditate. 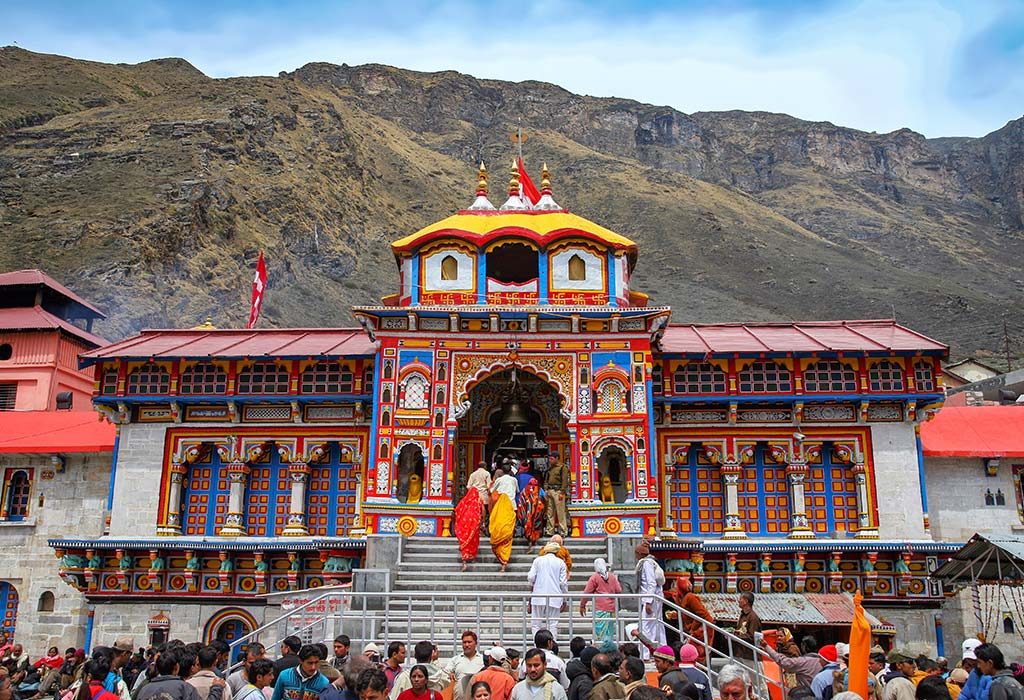 Like Kedarnath, it is also one of the char dhams. Other than being a place of pilgrimage for the Hindus, it is also considered a holy site by the many Jain sages who attained moksha here.

Include a few of these places in your itinerary the next time you plan a trip. Embark on a religious journey with your family and feel yourself being uplifted spiritually. 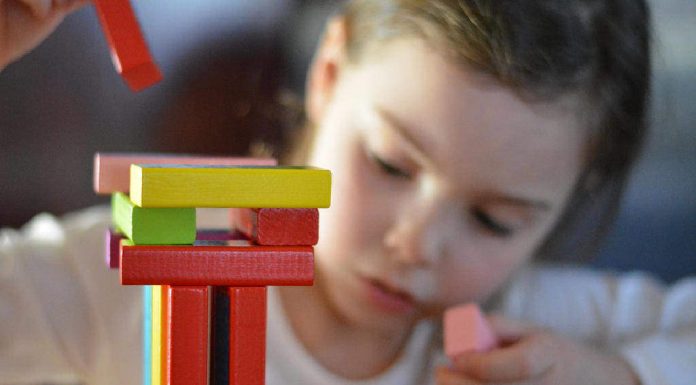 Encouraging Your Toddler To Play With Building Blocks

Travel Accessories for Women During Rains