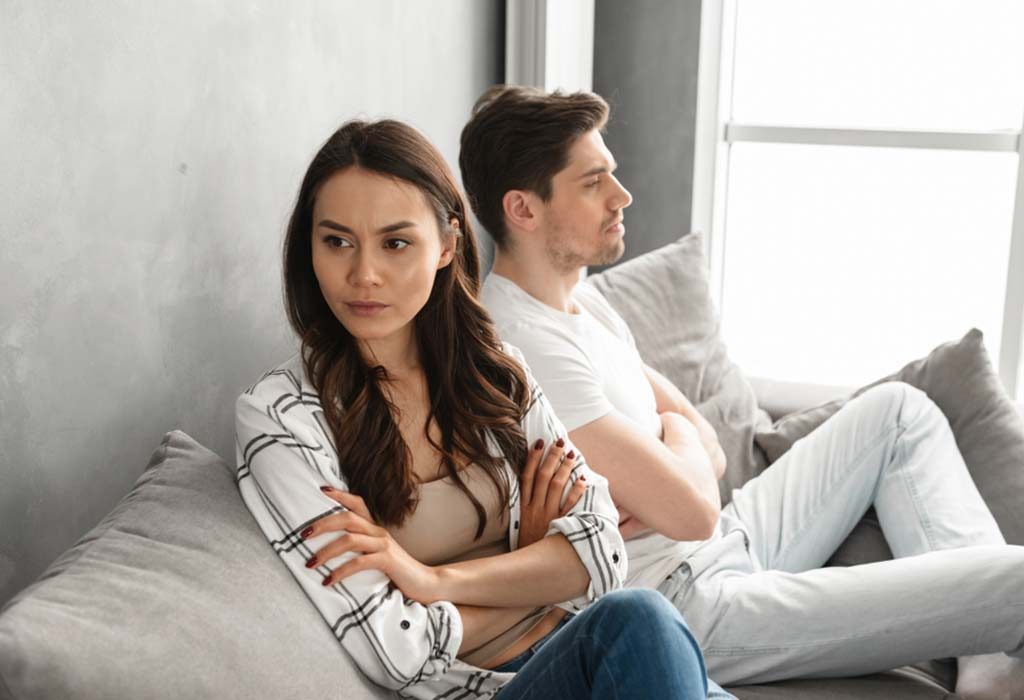 Picture this: it’s been a long day of house chores, cleaning, cooking, and running after your energetic little child. You had asked your spouse to help out with one or two things around the house, but later you realise that they haven’t done it yet.

Do you feel a familiar frustration rise up inside you? Do you find yourself thinking, “How many times have I asked him/her to do this? Why does he/she always forget?” Or, you might even think that your spouse doesn’t care enough to help out, or seems too busy all the time.

These feelings lead to yet another fight about the same old things. In the process, sometimes old wounds get reopened, previous grievances come into the picture, and in the end one of you gives in, apologizes (maybe not even sincerely), and the argument is over… until your spouse or you forgets to do something, and the entire cycle of fighting is repeated. Phew! Tiring, isn’t it?

We’re sure that you’d really like nothing more than to break this chain of events. You may even wish that you never fight with your beloved husband/wife ever again! It’s completely normal to wonder if you two fight too much, or what it says about your marriage and relationship with the person you love. “Do other couples fight as much as we do?”

The answer is definitely yes. And here’s the thing: trained marriage counsellors say that couples fight because they are invested in the marriage. Simply put, it means that you fight because you care! A clinical psychologist has even said that married couples who don’t have any conflict are much more likely to experience a break-up, because it means that at least one of the partners is not invested or is indifferent towards the marriage.

Moreover, fights are pretty much unavoidable. Whether your spouse and you share very similar or very different traits and outlooks on life, a fight or argument is bound to arise once in a while. But, how can you avoid the fight taking an ugly turn, or going through it in the first place? Let’s find out!

First, let’s take a look at how you can try to avoid having a big fight at all.

1. Don’t ignore or avoid your feelings (of anger, being upset, etc.).

If your spouse has done something that has upset you, frustrated you, or simply made you a little bit mad, don’t push your feelings aside. In most cases, those feelings will remain unresolved and might bubble up at the wrong time, leading to an unnecessarily big fight. It’s best to talk about your feelings at the time you feel them, so that they can be dealt with, appeased, and let go.

This simply means that talk about your hurt feelings first, rather than starting off with an angry tone about how your spouse forgot to do the thing they were supposed to. Start with “I feel…” sentences, and address your feelings before they turn into anger. More often than not, a fight will be avoided!

3. Set some rules for fights.

You must be able to sit down with your spouse and chalk out some boundaries or rules to follow when you two have a fight. Some of these rules can be:

These boundaries will help keep anger and words in check, thereby avoiding hurting the other person and escalation of the fight. It is much easier to resolve an argument when both of you are speaking in calm tones and not using words as a weapon.

4. Don’t engage in the argument.

Sometimes, your spouse may be looking to fight with you in order to release some tension or pent-up feelings. While that is somewhat of a natural response to buried feelings, if you can see that your spouse is trying to start a fight, try your best not to engage in it. Don’t respond angrily, in a loud voice or with harsh words. Instead, try to talk to your spouse calmly, so that they are able to talk about their feelings, which can then be appeased or resolved in a peaceful way.

5. Stick only to the topic of the fight.

In other words, do your best not to bring up previously fought-over issues or grievances. If you’re already in the argument, then this will only add fuel to the fire, and it will be harder to calm down or stop the fight from stretching on if you suddenly find yourself arguing over who forgot to turn the lights off at night two years ago!

Now, let’s look at how you can fight fairly, if a fight has been unavoidable.

Here’s why: because it’s not true. Yes, it’s quite easy to say things like “You never pick up your clothes!” or “You always leave the plate outside the sink.” But, if you stop to think about it for a minute, you’ll find that that’s not true. Sure, maybe they do it most of the time. But if you use those two words often, it’ll seem to your spouse that you don’t remember the times when he/she did do it correctly. This will lead them to become defensive, and it can become harder to resolve the fight.

Which brings us to the next point…

2. Focus on behaviour, not character.

Okay, your spouse leaves their clothes lying on the bed or on the floor. Yes, it can get quite frustrating. Here’s where you think, “He/she always does this!” and that’s when your spouse starts getting defensive about their actions. This is because they feel like you might be talking about their character or their personality, as opposed to their behaviour or habit.

Let’s look at this: if you keep saying to your spouse, “You always have clothes lying about everywhere”, it can be translated as “I think you are so lazy that you can’t be bothered to pick up your own clothes.”

So, where it can be pointed out that your spouse simply has a bad habit of leaving their clothes lying around, it’s instead being shown as somewhat of a character flaw. And that’s not fair, right? Your spouse is a good person, that’s why you married them. There’s nothing wrong with the way they are – they just have a few bad habits. Who doesn’t? And bad habits can be changed!

Try to get the root of the problem, such as why they don’t pick up their clothes or put their dishes in the sink. A simple solution could be something like leaving sticky notes on the cupboard or near the sink, reminding them to put the clothes in the washing machine, and the dirty plate in the sink!

3. Admit to your part in the fight.

Maybe you have a tendency to get defensive in an argument. It’s okay, it’s a natural tendency to do so! But, as stated before, it can be difficult to resolve a fight when one party is defensive about their actions. We know how tough it can be to admit that yes, I did forget to do this thing that was asked of me, because hey, no one really wants to be in the wrong, right? That’s our stubbornness and ego talking!

But is there really any place for that in a marriage? The thing is, there is no real ‘winner’ in a fight. Because even after the fight ends, the fact still remains that you fought with your spouse. So in some way, whether you are the winner or loser, you will still feel bad about it.

It’s not about winning the fight, it’s about stopping the fight. Try your best to push your defences and the little voice telling you that you must win aside, and own up to your part. Your admittance that you forgot to get the groceries tonight or to pay the bill by its due date or simply to switch off the bathroom light, will go a long way to avoiding a potentially big fight. 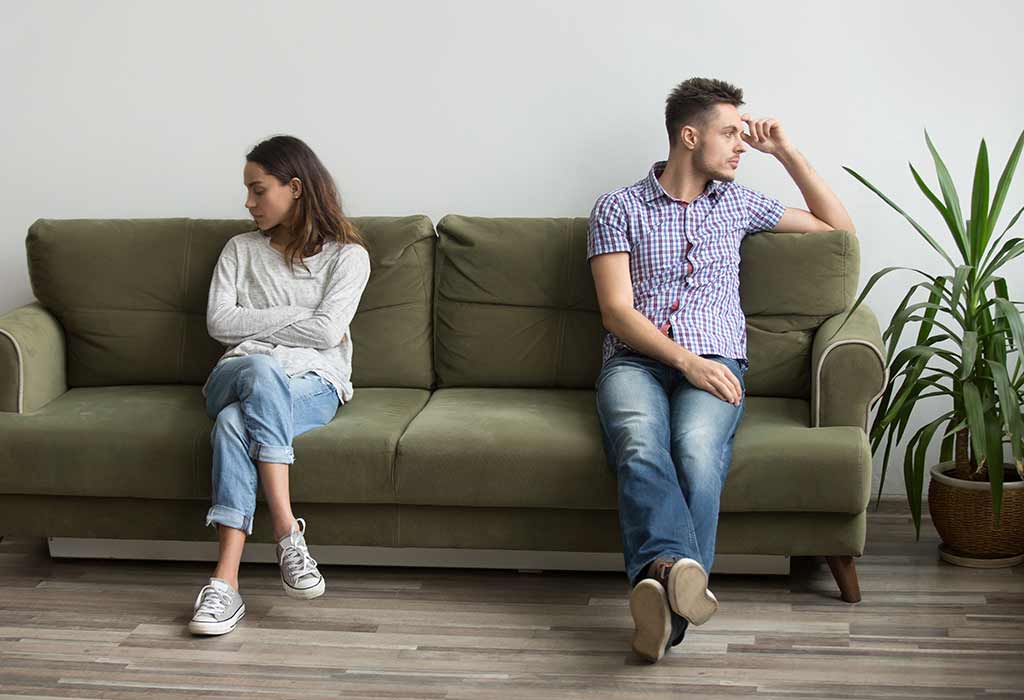 This is especially helpful if you are having a big bad fight with your spouse. In the heat of the moment, it can be quite possible to go off-track and accidentally say some hurtful things that you don’t actually mean. If you feel something boiling and bubbling up inside you, or you can tell that that is going to happen to your spouse, don’t hesitate to take a break. Step away from the fight, for anywhere between 30 seconds and 10 minutes, and you’ll find that feeling fading as quickly as it came. You will thank yourself!

After that, you can resume the fight in calmer tones, if you both come back feeling like there’s no need to fight anymore, then hooray!

Yes, this is an unusual one. The one piece of advice you were probably given the most when you were a newlywed was not to go to sleep angry with your spouse! And while that’s a good thing too, many marriage counsellors say that it can be quite beneficial to do the opposite. Because this way, you both get a break from the fight, you can sleep on it, and you can look at it with fresh eyes on a new day, when the fight now probably seems insignificant, silly, or just not worth it. However, if it’s not something you’re comfortable with, there are plenty of other tricks to try.

What can you do when nothing else seems to be working?

1. Reconnect with a simple touch.

We mean that literally. Sometimes, during a fight, when all tips and tactics don’t seem to be working, all you need to do is hold each other and be in physical contact. Hand holding or hugging can work wonders in turning a fight around. Or, at the very least, it will calm you down enough to resolve it through peaceful discussion.

Try this: When you’re overwhelmed or angry with your partner, hold each other for 30 secs and breathe deep. Experts say that this will help diffuse any tension you’re facing, so that you can work out your problem calmly.

2. Remember that you are on the same team.

Ah yes, the best for last. We’re sure you know this, but it’s something to keep reminding yourself every time you see your spouse’s clothes on the floor or dirty plate on the counter by the sink – it’s not you vs. spouse, it’s you + spouse vs. the problem. Instead of berating your partner, using absolute words, or getting defensive or too angry, remember that you have chosen to make a life with this person, you accept all their habits, both good and bad, and that bad habits can be changed. Use these feelings to either slap away the temporary anger that bubbles up, or to fight fairly without hurting the one you love.

Employ any of these simple tricks to kick down a pesky little fight, and married life will be as blissful as you want it to be! If you have any special tips and tricks of your own that you would like to share, we’d love to hear them!

Also Read: Things You Should Not be Fighting With Your Spouse