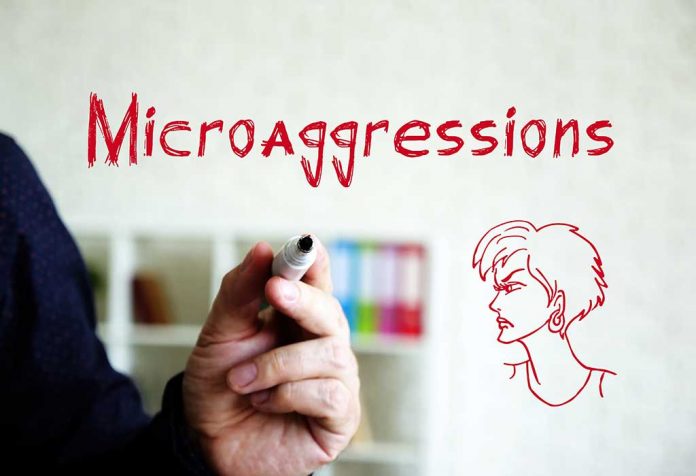 The effect of microaggressions on personal and public contexts is a current societal issue. Microaggressions are ‘an instance of conduct aimed against individuals or groups in a physical, verbal, or written form.’ Insensitivity and inappropriateness may be offending with certain occurrences. Microaggressions are challenging to describe due to their varying frequency and meaning.

Microaggressions are prevalent in many social contexts, including work, school, sports, and daily life. These are often inadvertent and deemed innocuous by the targets. Sometimes, these incidents insult individuals of a different race, ethnicity, sexual orientation, religious views, etc. Microaggressions may also influence undesirable social attitudes, including intolerance, prejudice, and violence.

The subtle impact of microaggressions may significantly influence the mental health of those who encounter them. Individuals who are subjected to microaggressions may experience stress and anxiety as a result of the conduct. This may result in depression and other psychological issues. Microaggressions in personal, social, and public contexts may influence the relationship between the targeted individual and their coworkers. The person may begin to feel like a target for mockery and remarks, damaging their self-esteem and confidence level in the process.

Understanding that microaggressions are a kind of personal attack is the first step in dealing with them. Microaggressions may be verbal or physical violence, including pushing, shoving, and dragging. That’s why understanding what makes someone angry is critical. If you know you are prone to this kind of violence, you must avoid it.

Next, you must be aware of your surroundings and limits. If someone places you in an uncomfortable position, urge them to step back or quit the situation. This will help you decide whether you are in danger. Remember to be aggressive and defend yourself when others try to marginalize you. Never forget that these microaggressions are just meant to test your patience and will to live positively.

This article will go through some of the techniques for dealing with microaggressions and addressing these problems to build a more significant environment.

Microaggressions are referred to as ‘micro-invasive in the natural world. As defined by the American Psychological Association, Microaggressions are best described as any subtle, cumulative, and unintentional verbal, physical, or relationship violence directed at someone because of the victim’s gender, race, sexual orientation, age, or any other characteristic.

Acknowledgments, rude remarks, or generally unpleasant behavior are not considered ‘microaggressions,’ but the term encompasses much more than that. The statements, inquiries, and acts in question are limited to a particular type of statement, query, or action: the types of comments, inquiries, and activities that are harmful because they are directed at an individual’s group membership that has been prejudiced against it or subjected to stereotyping.

Even when they are overlooked, microaggressions can occur in the course of routine business transactions. They are more common than we realize, and because they are so subtle, they can go unnoticed by the intended victim or their victims as well.

Harvard Medical School psychologist Chester Pierce first coined microaggressions in response to his observations of charges exchanged between White and African-American students, particularly on the Harvard campus, during his tenure there in the 1970s. His observations of charges being exchanged between White and Black students served as inspiration for him. A psychologist at Columbia University named Derald Sue popularized and defined the phrase in its broadest sense in 2007.

But it appears critical to emphasize that people who engage in microaggressions may have done so on purpose or may not have done so at all! It all depends upon the circumstances in which they found themselves. Most likely, all of these actions and comments result from prejudices held by one group against other community members, which is the most plausible explanation.

Realistically speaking, only a tiny percentage of the population is fully conscious of what they are doing, and some may even be doing it with the intent of causing harm to others. It is ‘the overall way of behaving that is typically suited to the existence of a specific community. Moreover, as per the ‘History of Microaggressions,’ when it comes to understanding diversity and cultural competency, the presence of a ‘culture’ is critical in microaggressions.

Derald Sue and his colleagues investigated the various types of microaggressions that could occur in the workplace. You can find a complete list of all of the different kinds in the below section:

What are Some Examples of Microaggressions?

What are the Effects of Microaggressions?

Even though microaggressions are small and insignificant in themselves, scientific evidence has demonstrated that they have a significant impact on the mental health of those who are subjected to them over time.

As examples of the consequences of such decisions in the real world, consider the following scenarios.

How to Avoid Microaggressions So As Not to Hurt Someone?

Someone who has developed prejudices against disadvantaged communities may find it difficult to change their behavior toward these communities after nurturing these prejudices over time.

To influence someone’s decisions and actions, you can employ a variety of techniques.

How to Respond to Microaggressions?

A large number of people are familiar with the concept of microaggressions. The majority of people come into contact with them regularly as a result of their daily activities. A resident of the country living in the United States, according to reports, surprised the country by refusing to recognize the election results, citing microaggressions as the reason. Microaggressions have become more prevalent in the workplace since the rise of social media and have become particularly prevalent in the corporate sector in recent years. Understand the significance of microaggressions and how to respond to them appropriately are essential skills.

Microaggressions are something that most people are well aware of and can identify when they occur. Most people come into contact with them regularly as a result of their daily activities. A citizen of the country living in the United States, according to reports, recently shocked the nation by refusing to recognize the election results on the grounds of microaggressions. As a result of the digital revolution, microaggressions are becoming more common in the professional sector, particularly in the corporate environment. If you want to be effective, you must first recognize microaggressions for what they are and learn how to respond respectfully.