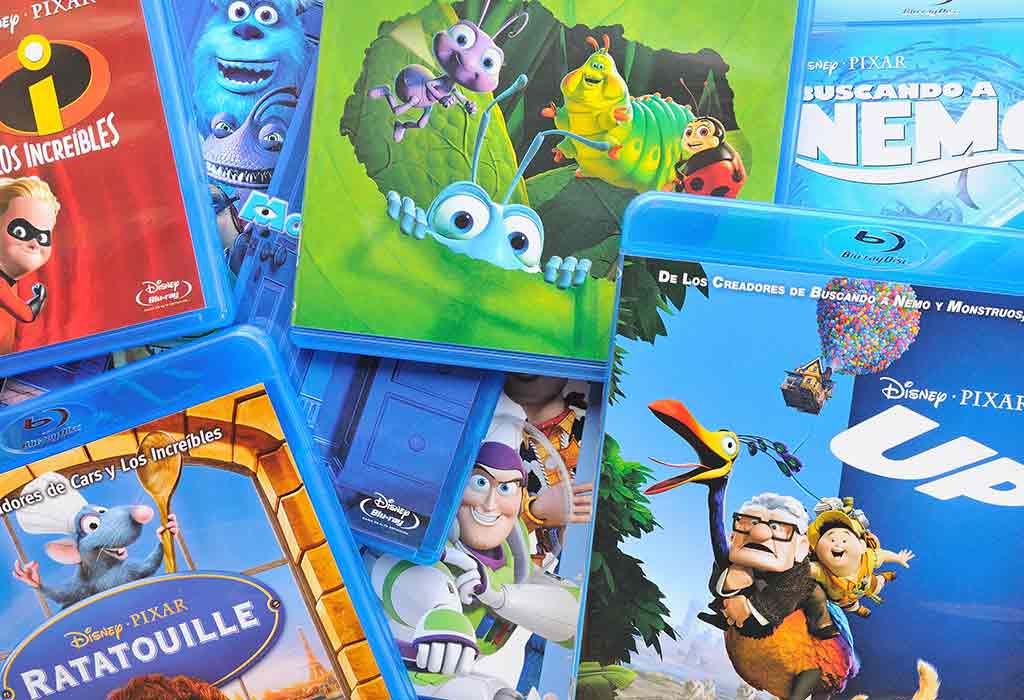 Even though we grow up eventually, most of us still love watching a good old animated movie. Pixar has some of the best-animated films for all ages. For over two decades, the Disney-owned Pixar Animation Studios has given us excellent and delightful movies for all ages. This is what the magic of Pixar movies is all about – all the movies can be enjoyed with family, and watching a Pixar movie is always something to look forward to.

You could be a huge admirer of the movie Finding Nemo fan, or you could have watched Ratatouille a lot more times than you can count. Here, we have the list of the most popular Pixar movies for you to pick from. Each of these movies has a unique, beautiful story guaranteed to capture your heart and make you fall in love with them.

Well, we can never begin this list without including this delightful watch right at the start. One of the most popular Pixar movies, Toy Story, is a classic with a league of its own. Since its release, which was an instant success, this movie has come out with sequels. Buzz, Woody, Slinky Dog, and Mr. Potato Head are just some of the beloved toys that come to life when their owner, Andy, is not in sight. You could be 4 or 18 when you saw this, but you can’t deny that it made you look at your toys differently.

This sequel was released four years after Toy Story. Andy goes off to camp, leaving Woody behind to support a squeeze penguin named Wheezy. This is another massive hit that you just cannot miss.

There are hardly any movies that need a sequel, let alone a second sequel. However, Toy Story is an exception. Do watch to know more about Andy and his toy friends.

The fourth sequel to Toy Story is set years later when Andy has donated all his toys and Woody finds it tough to adjust to his new life.

Coco is regarded as one of the best Pixar films. This moving story about a little boy’s dream to become a musician despite his family’s disapproval has been praised for its respectful portrayal of Mexican culture. A completely original, absolutely beautiful, and tear-jerking affair, it will transport you to a world full of heart and wonder.

Give this flick watch, and you see Princess Merida, a Scottish princess who embodies the best qualities of The Little Mermaid, Ariel, and The Hunger Games’ Katniss Everdeen.

This sequel traces the adventures of Dory, who sets off to look for her long-lost parents.

A film that concurrently caters to both adults and children, Inside Out, is the perfect portrayal of our emotions at war to keep us functioning every day. The film is heartbreakingly sweet and accurately portrays the complexity of human emotions.

Onward is a recent Pixar film that suffered immensely due to the pandemic. However, this story of mythical creatures and two elf brothers is a must-watch.

This one is about a delightful rat who pursues his dream of becoming a chef. This movie may make you think differently about rats. The movie is centered around the theme “anyone can cook,” portrayed flawlessly and beautifully through an unexpected pair of chefs.

A beautiful movie that pulls at your heartstrings; this flick is definitely worth your time.

This one is a definite watch with kids as they learn that someone can’t be good at everything, no matter how hard they try or practice.

This was Pixar’s second feature film that gets to ground level and traces the journey of a young ant. A breezy watch with some excellent cinematography.

Come on this hilarious ride, where the world is upside down with monsters being scared of kids.

An excellent superhero action-adventure movie, this movie is sure to take you on a ride of its own.

One of the highest-grossing Pixar films is the superhero family of the Parrs and their efforts to save the city from a supervillain.

Wall-E is the story of a lonely little robot on his Earth clean-up mission. The movie will tug at your emotions from the very start.

This movie is a sweet family comedy with a story that will break you into a smile—a must-watch to brighten your day.

This very recent Pixar movie is an interesting watch that gained instant recognition for its groundbreaking animation. The tale follows two sea monsters who try to blend in with the human world. A must-watch to make your day.

There you go, some of the best watches in Pixar that will surely make your day worthwhile with all the feels and emotions. Give all the movies listed a watch, and we are sure that you will not regret spending your time on these animated gems.