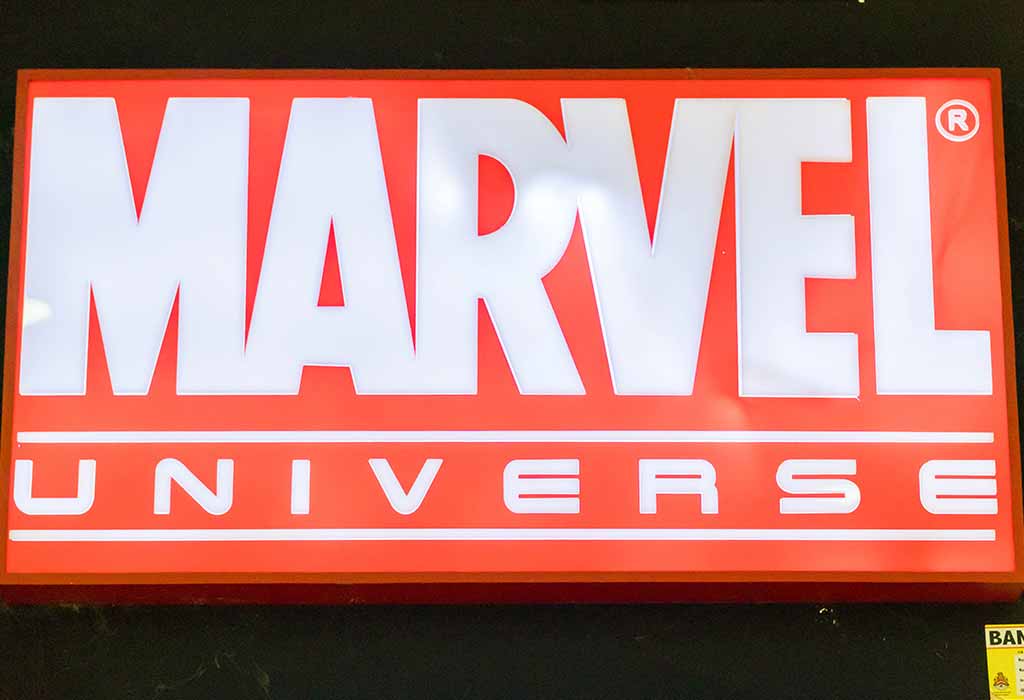 As the box office revenues of Marvel Cinematic Universe have dwarfed those of other top Hollywood franchises comprehensively, its superhero characters have achieved cult status. Grasping the collective consciousness of its fan base worldwide, it has become the highest-grossing franchise of all time. Regardless of whether you watch the Marvel movies in order of their release date or sequence of events, they are sure to get you hooked to its engrossing universe.

Grossing over 22 billion dollars, 24 of the total MCU movies have been highly profitable ventures over the past 11 years. Based on Marvel Comics’ storyline of the Infinity Stones, MCU has grown in quantity and complexity. This fictional universe unfolds like smaller acts that make up a larger story connected by characters, events, and settings. The end of one phase indicates the natural end to a story, while the next phase introduces new characters who take up new challenges to defeat the forces of evil.

Although ‘Iron Man’ was the first official movie of MCU, its events do not follow a chronological order in their subsequent releases. If you’re attempting to watch Marvel movies in chronological order, keeping track of the order of their release or the story can be confusing. You can either choose to follow the chronological order, which starts with the origin of Steve Rogers in Captain America: The First Avenger, set in the ’40s, or the MCU release order that begins with Iron Man in 2008.

Clearly, Marvel Studios intended to tell the story through the latter order, but re-watching them following the timeline of events is definitely fun. Here is a compilation of the Avengers movies in order of their release for you to embark on an epic MCU journey.

A billionaire engineer gets kidnapped by terrorists while conducting weapons tests overseas and is forced to build a devastating weapon. Instead, he builds an armored suit and which he uses to combat crime and terrorism.

Dr. Bruce Banner looks for a cure after subjecting himself to high levels of gamma radiation that turned him into a huge green creature, the Hulk. Banner soon confronts a powerful enemy known as The Abomination.

The government and other sources compel Tony Stark, the inventor, to share the secrets of his armored suit with the world. Reluctant, Tony forges new alliances to fight them and a powerful enemy.

Odin, the King of the Norse gods, punishes his son Thor for his disobedience in the battle against the Frost Giants. He is banished from Asgard to the Earth. Here, he falls in love with a scientist who teaches him much-needed lessons that help him fight dark forces sent from his homeland.

Steve Rogers joins America’s armed forces to volunteer in an experimental program that transforms him into a “super-soldier.” He must now lead a battle against the secret Nazi organization to defend his nation.

Nick Fury, director of S.H.I.E.L.D., is compelled to launch the Avengers Initiative when Thor’s evil brother Loki gains access to the unlimited powers of the energy cube and poses a threat to planet Earth.

After being saddled with severe stress disorder, Tony Stark encounters a formidable foe, the Mandarin, who destroys his world. Tony must rely solely on instinct and ingenuity to avenge his losses and protect the people who matter most.

Thor’s girlfriend Jane discovers a weapon – Aether, that was buried in a secret location. This awakens the evil Makekith, who captures her and uses the weapon to destroy the nine realms. Thor joins his nemesis, Loki, to save Jane and the Nine Realms from chaos.

After the alien attack on New York, Steve Rogers tries hard to adapt to the complexities of the modern world. When the deadly Winter Soldier kills Director Nick Fury, Steve teams up with Black Widow and Falcon to expose a lethal conspiracy plotted by his enemy HYDRA, who has infiltrated S.H.E.I.L.D.

10. Guardians of The Galaxy

Peter, a Brash space adventurer, steals a valuable orb coveted by Ronan, a powerful villain, and escapes from Morag. Eventually, he is forced to form an uneasy truce with four disparate misfits to stop Ronan and save the universe.

Tony Stark builds an artificial intelligence system with the help of Bruce Banner. When the peacekeeping program plans to wipe out the human race, the Avengers reassemble to stop the technological terror and save the Earth from global extinction.

Scott Lang, a master thief, is recruited by Dr. Hang Pym to become Ant-Man. Armed with a futuristic suit, he becomes miniature in size and rises to a superhuman status to control an army of ants. He uses his unique skills to prevent the Yellow Jacket from using the same technology as a weapon for evil. 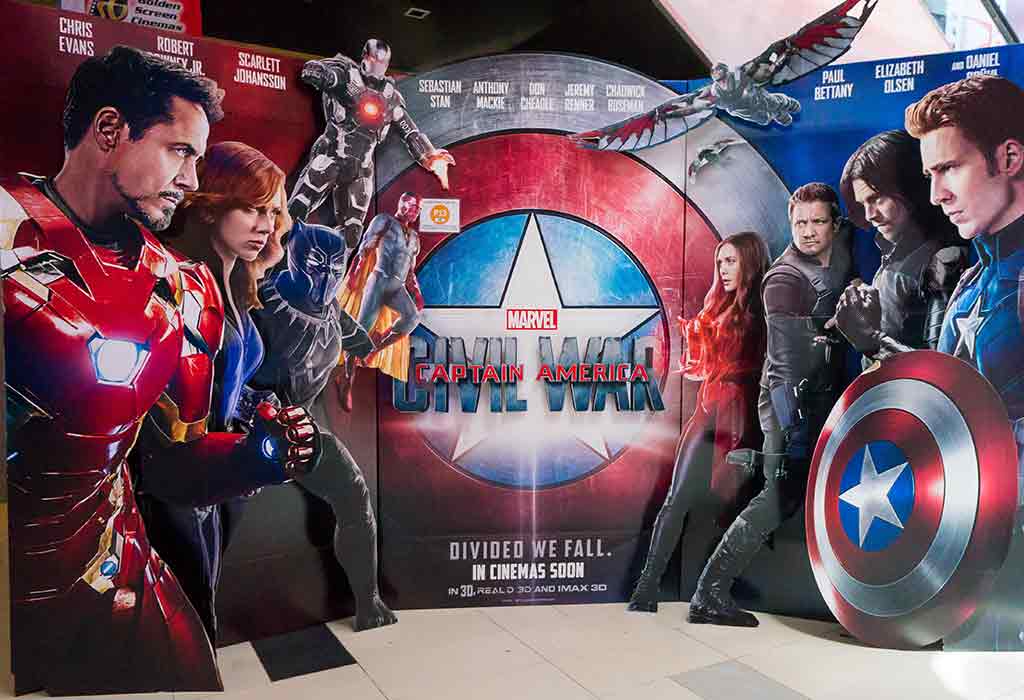 The government wants to push for the Hero’s Registration Act that’ll control the powers of superheroes. This causes a deep rift between the members of the Avengers team, which escalates into an all-out feud mostly between Iron Man and Captain America.

Stephen Strange, a famous neurosurgeon, loses the ability to use his hands after an accident. After he visits the mysterious enclave to heal himself, he learns magic and alternate realities to become a great sorcerer entrusted with the job of defending the world from a deadly enemy.

The powerful alien race, Sovereign, hires the Guardians of the Galaxy to destroy a monster and protect their precious batteries. However, when Rocket steals the very items they were sent to guard, the Sovereign attacks them as vengeance. The Sovereign fleet is destroyed by a mysterious ship owned by Ego, who claims to be Quill’s father.

Peter Parker tries to balance his everyday life as an ordinary high school student and being Spider-Man. Nevertheless, he has to put his powers to test when a mysterious villain, Vulture, tries to sell weapons made with advanced Chitauri technology and threatens all he holds dear.

Thor is imprisoned on the other side of the universe and is deprived of his mighty hammer, Mjolnir. He has to fight against the Incredible Hulk in a deadly gladiatorial contest and escape to save his home, Asgard, from the all-powerful Hela, the goddess of death who wants to destroy the world and the Asgardian civilization.

After his father’s death, T’Challa returns home to the African nation of Wakanda to ascend the throne. However, a powerful enemy suddenly threatens to attack his nation. He is drawn into a conflict that puts the fate of the world and Wakanda at risk. He has to rally his allies and unleash the full power of the Black Panther to defeat his enemies and safeguard his country.

The Avengers must stop Thanos, a powerful intergalactic warlord, from getting his hands on all the six infinity stones. However, Thanos threatens to destroy the universe one planet at a time.

Scott Lang must deal with the consequences of his choices as both a superhero and a father after his experiences in Germany with the Avengers. Lang must put on his suit to fight alongside The Wasp to uncover the secrets from their past and face the super-powered criminal, The Ghost.

Captain Marvel is an extraterrestrial Kree warrior who gets stranded on Earth after her aircraft crash amidst a mission. However, due to an unusual turn of events, she teams up with Fury, a S.H.I.E.L.D. Agent, to uncover the secrets of her past and fight the evil Skrulls to save her people.

After Thanos, an intergalactic warlord, disseminates half of the universe; the Avengers must reunite again to reinvigorate their vanquished allies and defeat the evil demigod.

Peter Parker decides to take a break and go for a vacation with his best friends. Unfortunately, his plans get scrapped as he begrudgingly agrees to join Nick Fury to defeat the mysterious creatures called Elementals that want to wreak havoc across the world.

Orphaned as a child, Natasha Romanoff was rescued during an attack on Stalingrad. She progressed into the Black Widow spy program. Although she initially worked against the Avengers and United States under the dictates of her superiors, Natasha ends up defecting to join S.H.I.E.L.D. and later the Avengers to become a Super Hero.

The cohesive set of stories of MCU have been narrated by completely different directors, writers, and actors who have contributed to making these movies rule over box office collections, streaming services, and our hearts and become must-see pop-culture staples. So, watch them again in the order of their release and marvel (pun intended!) at the cinematic brilliance of the MCU movies.