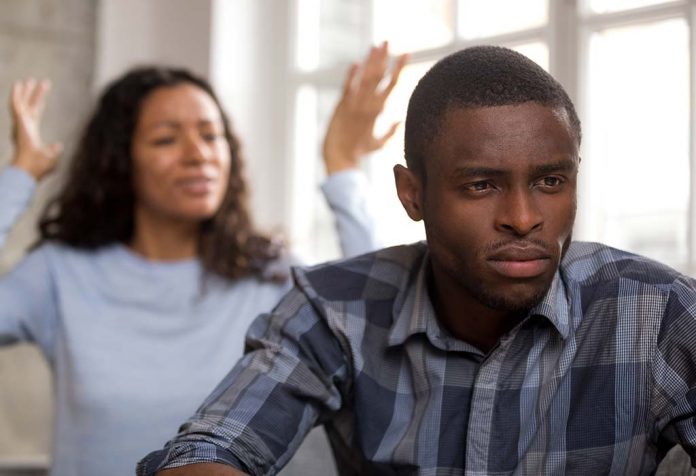 What is Passive-Aggressive Behaviour?

Before we move ahead with the topic, it is very important to understand what exactly passive-aggressive behaviour is. People who are passive-aggressive show their aggression indirectly, rather than being too explicit or direct about it. These people are the ones who show a certain kind of resistance towards the demands or requests of family members or friends by showing stubbornness, being sullen or by procrastinating.

They often shun their feelings when they are infuriated, mad or angry by saying that they are fine or okay, but in reality, they are not. Not opening up and closing down their feelings further aggravates their condition. Examples of a passive-aggressive husband include someone who keeps making excuses to avoid certain individuals to express his anger or dislike towards them. Such individuals may often appear kind, polite and friendly on the outside but from within they are filled with negativity. This kind of behaviour may sometimes become difficult to establish and may even wreck relationships.

Why Does Someone Become Passive Aggressive? 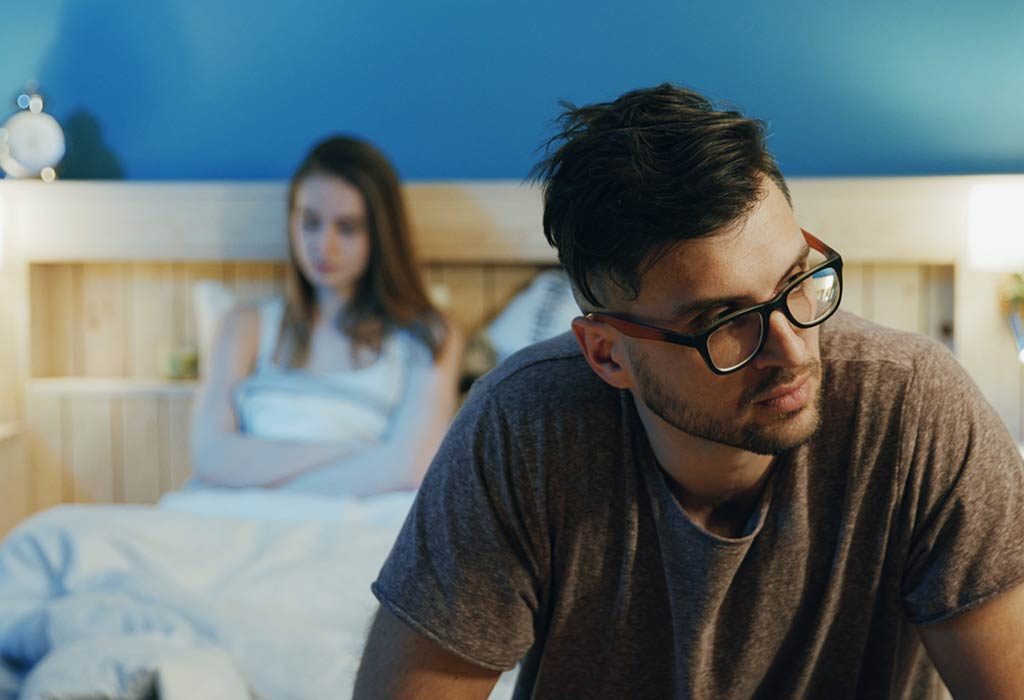 Before this attitude of your husband wreaks havoc on your relationship, it is important to know why someone has these kinds of traits or why someone becomes passive-aggressive. In this section, we will be exploring passive-aggressive behaviour reasons and why some people behave in this manner:

In most cases, this kind of behaviour crops up in people because of their childhood experiences, where the child may have suffered any kind of mental or physical abuse, punishments, mistreatments or was not allowed to express freely. Such children, when growing up, resort to this kind of behaviour thinking that it may not be right to express their emotions or feelings openly and, thus, they suppress their anger, frustration and other negative emotions that give birth to such behaviour.

2. They Think Anger is Unacceptable

3. They Believe That Covert Anger is Fine

Just because such people do not actively express their anger, they find ways and means to exhibit their anger in more acceptable ways such as by being vague, procrastinating or by being obstructive.

4. Getting Even With the Spouse

Sometimes exhibiting such behavioural traits are ways and means of getting even with the spouse. When your husband disapproves, gets angry or does not like anything you did, he may not express but become indifferent about it.

5. They Find it Easier Than Being Assertive

If at a young age children are not told to be assertive and express their emotional intelligence, they often resort to passive-aggressive behaviour later in life. Such kids take refuge in emotions such as stubbornness, sulking, and withdrawal because they find it convenient to hide and conceal their emotions than to express them. Such kids grow up to be individuals or people who often think they are taking the easier path by being passive-aggressive than being assertive.

6. It May Be a Situational Characteristic

Many times this emotion is triggered by situations. This may happen under circumstances when a person is in a situation where expressing or displaying aggression may not be socially acceptable. This may happen when someone is in a family or official function and something or someone makes them angry.  They often switch to covert ways of expressing themselves.

1. He Plays the Victim

He develops a personality, wherein he is always complaining, acts stubborn, sullen and often becomes argumentative. He may feel unappreciated and misunderstood, which makes him upset and scorn your relationship. You may also notice him often complaining and resenting the ones he thinks to be more fortunate.

3. He Does Not Express His Anger

If your husband exhibits passive-aggressive behaviour, you will find him to be in constant denial. He may feel that the problems he is causing are not because of him but because of his spouse. You will find him always refusing to take any blame or responsibility for his actions. Rather you may find him making excuses, distort reality, lie and even deny when he makes any mistakes.

5. He is a Procrastinator

If your husband is someone who avoids deadlines, sticking to schedules and keeps postponing things, there is a food chance that he is exhibiting passive aggression. Such people shy away from keeping up with promises, agreements or responsibilities. 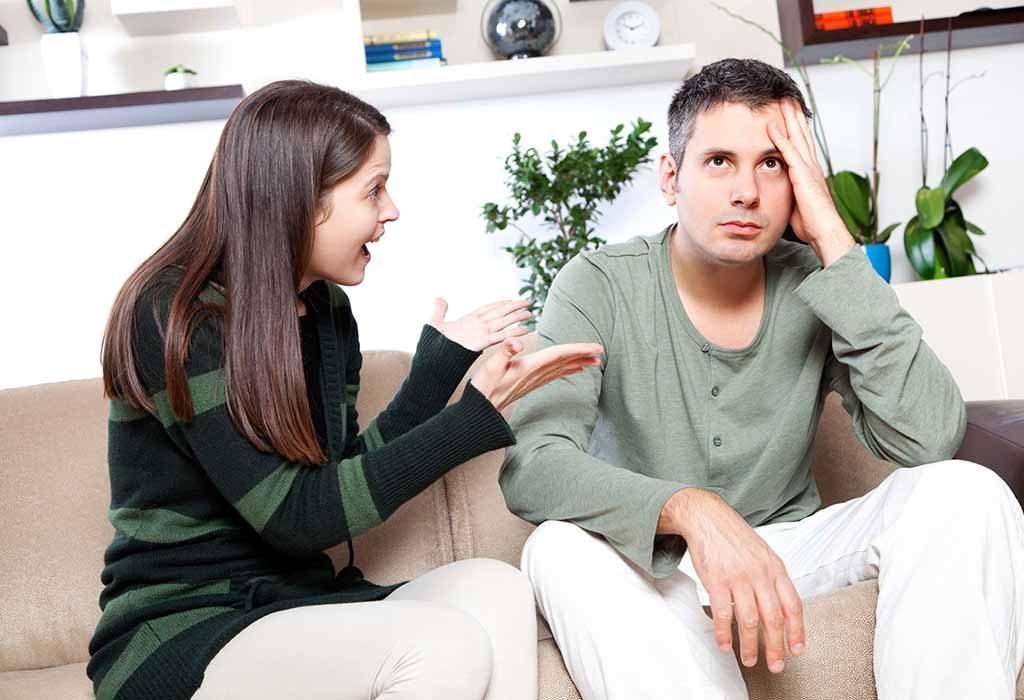 Be it a dinner date, going to a friend’s house or catching a movie, you are noticing him forgetting every date that you plan with him. Heads-up; this may be deliberate attempts on your husband’s part due to his passive-aggressive behaviour.

7. He Resents Your Needs or Demands

The usual needs or demands may seem unfair or unjust in the eyes of your passive-aggressive husband. This is because such a person resents when others make any kind of demands.

Though you may notice your husband fear domination, you may see that he is indecisive, overly dependent, non-assertive and often unsure of what he wants. Sometimes when he exhibits obstructive behaviour, it is often a hoax attempt to show that he is independent. He may often shun the responsibility of the family and become too dependant on the spouse for support.

Another very prominent and important aspect of passive-aggressive behaviour is withholding conversations and expressing power and anger passively. You may notice him shying away from conversations, refusal to talk, walking away as you attempt to talk or simply saying “you are always correct”. These attempts of his are simply to put an end to the conversation.

You make plans to go on vacation, choose a restaurant to eat, select a new apartment or make any such decisions; but may keep finding excuses and faults with whatever you suggest. Well, this is his way of saying ‘No’ in indirectly, which is also the main trait of passive-aggressive behaviour.

How Can You Deal with Your Passive Aggressive Husband?

There is no denying that dealing or responding to the passive-aggressive behaviour of a spouse may get difficult as such people are often insufficient, stubborn and sullen. Such people avoid responsibility, resist suggestions and are often resentful towards their spouses. They also find it very hard to communicate their feelings and won’t let their partners know what’s going inside their mind. Rather they may expect you to read their thoughts and mind. So are you wondering if a passive-aggressive husband can change? Well, here are some ways that can help you deal with him:

1. Be calm and keep your cool

Never succumb to the trap of passive-aggressive behaviour by getting mad at him or losing your calm. Rather, you must stay calm and examine what your spouse is intending to do.

2. Try to be more realistic

Instead of slipping into a morose or remorseful state, try and be more realistic and understand the situation. The saving grace with such a partner is that he does not like to express anger openly. Therefore, you need to be more specific with your spouse while discussing the things that bother you about him rather than being vague about it.

Sometimes, you can enable such behaviour in your spouse. This may happen when you keep tolerating his behaviour because tolerating often seems an easier choice than dealing with the problem. If you are thinking that being quiet will save the relationship, you may be accumulating future problems and abuse.

4. Learn to be assertive

Be clear and explicit about what you need and do not let the feelings of a passive-aggressive husband boggle you down. Tell him clearly and factually, so that there is no ambiguity regarding what is communicated to him.

It may be difficult for you to comprehend what your spouse may be going through and it is equally difficult for him to accept his behaviour. Confronting him head-on may not be a great idea, rather getting him into the topic gradually where he opens about his issues such as low self-esteem, worthlessness, loss of control, inadequacy, etc is something that you should try. 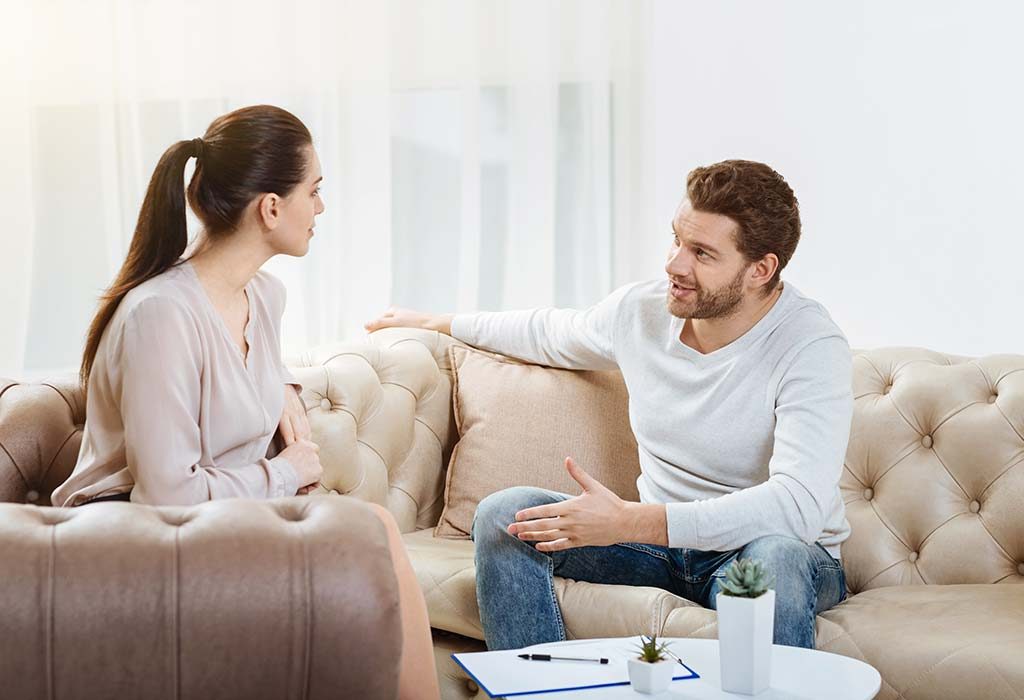 6. Lay focus on yourself too

We understand that it is your husband who needs help, but you cannot forget yourself in the process to help him. The most important thing to understand is that you are the only person you can control, therefore, manage your life in a way that you are not manipulated. Do not keep making compromises with his unacceptable behaviour to sustain the relationship.

Understand and know for sure that you are not to be blamed as you aren’t the problem if your spouse is trying to control you with his passive-aggressive behaviour. Do not argue with him or confront him, as it would result in denial and blaming you for everything going wrong.

Do not scold or nag your husband, as it would only aggravate the issue rather than solving it. The best bet is not to react, as this may make him feel that his behaviour will no longer yield him any response from you. This may put an end to his feelings and he may no longer feel the way he was feeling.

10. Try to know the underlying cause of his behaviour

Just because he is acting this way does not make him a bad person. He usually thinks that you may be aware of his needs, wants, and emotions. Your husband is dealing with feelings and issues that need to be dealt with and he may not know how to. Thus, reach the root cause and try to solve it.

If you are someone who is dealing with a passive-aggressive spouse, it may no longer be an easy relationship to handle. However, do not forget that love wins all wars and if you love each other, together you can conquer all odds and come as winners and the same applies in this situation too.

Our Journey – From Free Birds to Responsible Aai and Baba!

Why You Should Consider Having Family Health Insurance