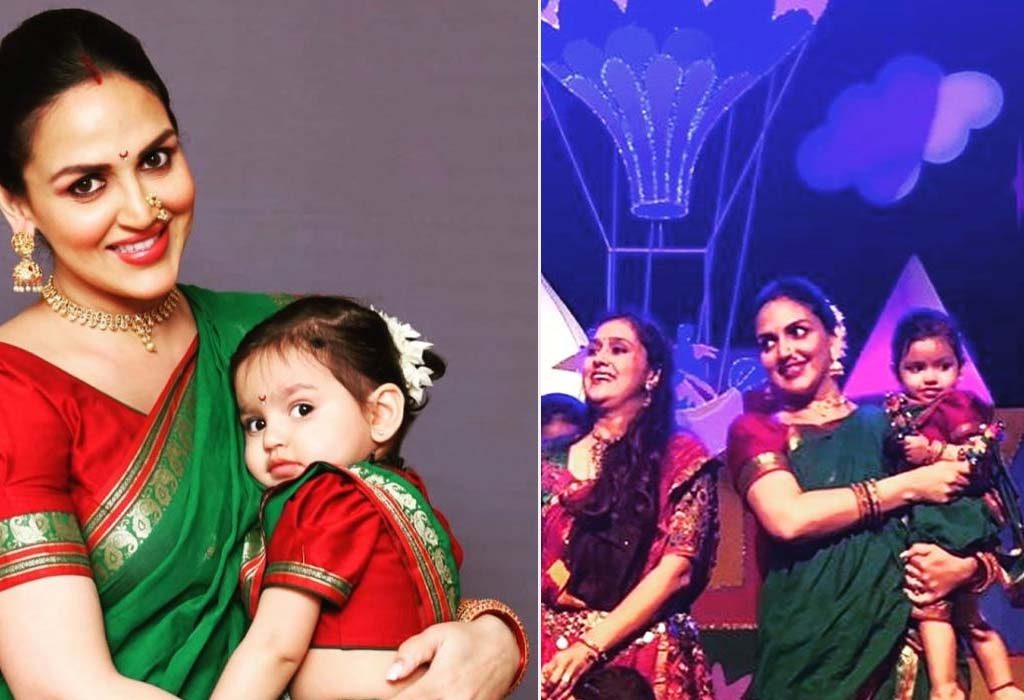 Actress Esha Deol, who is expecting her second child, performed with her daughter Radhya on stage during her annual day at school. Little tot Radhya seems to have taken after her mother and grandmother, who both are trained classical dancers. The 37-year-old actress took to Instagram to share the pictures from the event with the caption, “Radhya’s first #danceperformance on stage…with her mommy”. Of the many hashtags, one was #takingthelegacyforward, and it could not be truer. 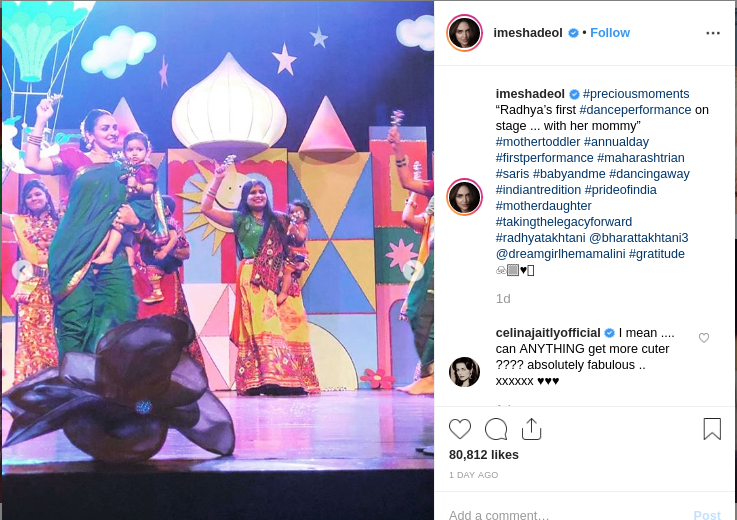 Esha Deol is a trained Odissi dancer and was also trained in Bharatanatyam by her mother Hema Malini. No doubt, Esha’s daughter Radhya is following in the footsteps of her mother and aunt, not to mention her beautiful grandmother. In the above picture, the mother-daughter duo is clad in identical green nauvari sarees. The two of them dressed in traditional Maharashtrian style look so beautiful together, don’t they?

Actress Celina Jaitley, Esha Deol’s ‘No Entry’ co-star also commented on the picture. Her comment read, “I mean …. can ANYTHING get more cuter ???? absolutely fabulous …” Esha Deol married her childhood sweetheart Bharat Takhtani in 2012 and baby Radhya entered their lives in 2017! Baby no. 2 is soon going to join the family.

The Yuva actress announced the news of her second pregnancy with an Instagram post. She shared a cute picture of her daughter Radhya, sitting on a sofa, in January this year; while the text on the picture read, “I am being promoted to big sister.” Look how adorable she looks! 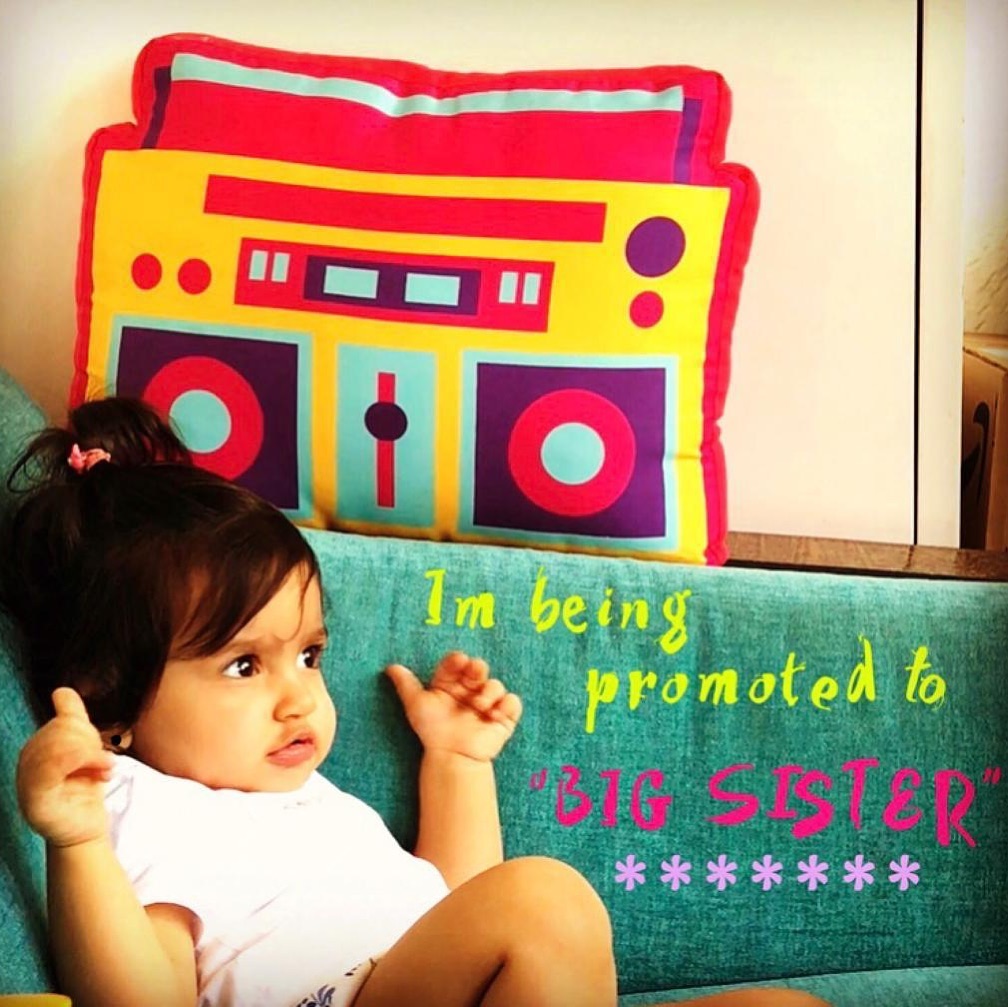 Esha made her Bollywood debut with the movie Koi Mere Dil Se Pooche in the year 2002 and has worked in several commercially successful movies like Yuva, LOC Kargil, and Main Aisa Hi Hoon. Last year, she made a comeback with a short feature film, titled Cakewalk.

Esha is often seen performing on stage with her mother and sister. However, this time she joined in the fun with her daughter for the first time. This was Radhya’s first stage performance, but we are sure there will be many more. Whether she will take after her mother in the future or not, we are not sure; but we hope that she will keep gracing the world with cute performances like this one!

Previous article « This Video of Dhoni’s Daughter Ziva Speaking in 6 Languages is Impressive and Adorable!
Next article 7 Must-haves in a Mother’s Bag While Going Out with Kids »