Home Beauty & Fashion Skincare Peptides for Skin – Types, Benefits, and How They Work 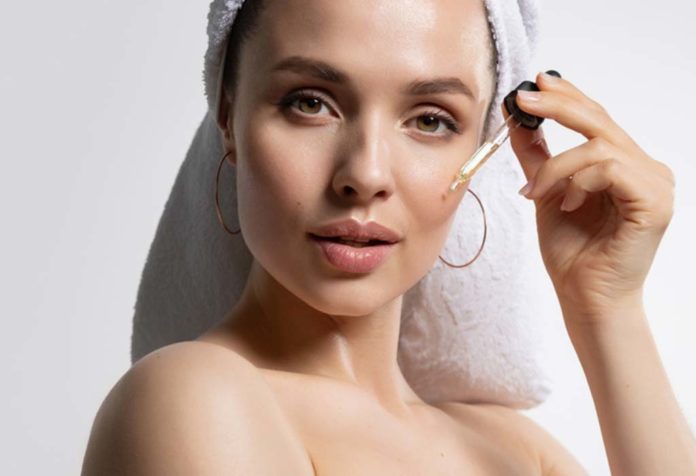 You hear about new skincare ingredients almost every day, and each of them is good for your skin. Peptides are something you need, even if some of the substances that carry them are a sham. Even though peptides (known as polypeptides) are frequently found in nature and the skin, the skincare industry employs them for specific applications.

A peptide is a compound made up of more than one amino acid. When using peptides, collagen is produced in your skin. Your skin tightens and looks younger if you increase collagen levels in your body. Collagen synthesis (a process that leads to the production of collagen) occurs naturally in your body. The synthesis eventually slows down, leading to wrinkles and a lack of firmness in the skin.

You need to understand every piece of information on a peptide bottle before using it. So, keep reading!

Peptides are tiny proteins produced by the human body. As the “basic building block” of proteins, amino acids are synthesized by joining amino acid chains. Peptides have a smaller number of amino acids than proteins. Laboratory-created peptides may mimic some of the peptides found in your body. The pharmaceutical industry uses them to treat multiple sclerosis, diabetes, and other diseases.

Studies suggest that specific peptides can benefit your skin, muscles, and even your weight. Because of their usages, peptides are currently added to several over-the-counter skincare products and nutraceuticals.

How Do Peptides Work for Your Skin?

Many peptides exist in your body, each with a unique purpose. A greater understanding of synthetic peptides is urgently required. There is some evidence that peptides for the face, such as the k21, have benefits such as:

What Are the Different Types of Peptides?

Peptides come in various types, allowing you to get a healthy dose of them in various forms. Some of these types include:

These are produced when the digestive system breaks down Casein, a milk protein. Lactobacilli also produce proteinases during milk fermentation.

These are produced when animal milk or meat is proteolyzed. Peptones may also be composed of vitamins, lipids, metals, and salts. Peptones are used in nutritional media to develop fungus and bacteria.

These include enzymes unique to each peptide rather than the ribosome. The most prevalent non-ribosomal peptide is glutathione. These peptides have intricate structures and are often cyclic.

These are protein fragments that are used to quantify or identify protein sources.

Are Peptides Harmful for All Skin Types?

All medications have dangers, and even prescribed medications may cause adverse side effects. It is essential to use caution while using any medicine.

The adverse effects of peptides differ according to the kind of medicine being used. There are, however, a few frequent adverse effects. There is a greater likelihood of:

Steroid usage is linked with a range of unpleasant physical, mental, and behavioral side effects, including the following:

The following are some of the harmful effects of peptides that have been reported:

Benefits of Using Peptides for Skin 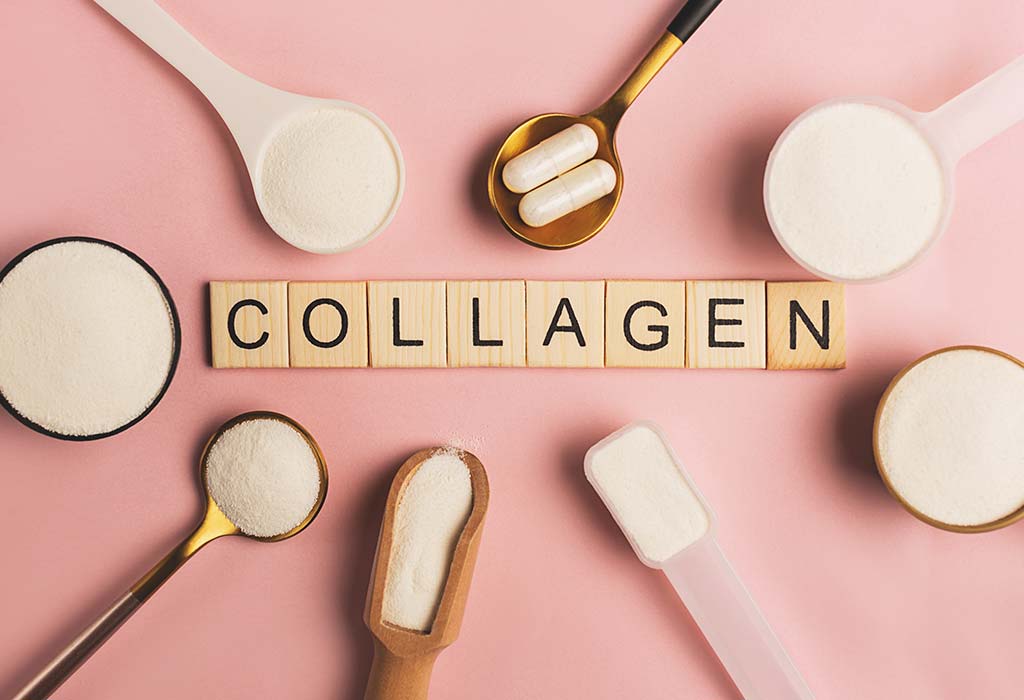 Peptides will easily penetrate the skin and make their way into the body no matter where they are applied to the body. This technique has long been known to provide numerous peptides benefits, including the following:

1. Reduce the appearance of wrinkles and fine lines

2. It is highly effective at strengthening the skin’s barrier

3. Peptides are small in size

Peptides are especially beneficial since they are small enough to penetrate the skin’s outer wall and reach the deeper layers.

Our body can produce collagen in the skin and other areas, but this process slows as we age. Collagen is necessary for the health and definition of our skin’s structure because it is a highly efficient protein. When peptides are applied topically, they send signals to the skin’s cells, instructing them to produce more collagen, resulting in healthier skin. This is necessary for the therapy to be effective.

Antioxidants in peptides may help soothe and calm your skin while combating free radical damage caused by UV rays, grime, pollution, and other environmental aggressors.

As previously stated, peptides stimulate collagen production in skin cells while inhibiting nerve impulses, which may help reduce the appearance of fine lines and wrinkles caused by facial muscle activity. As a result, peptides are gaining popularity and are being studied as a topical alternative to Botox injections.

Because some peptides have antimicrobial properties that have been shown to kill acne-causing bacteria, they may be helpful in the treatment of acne outbreaks. Using a peptide-containing serum or moisturizer can help reduce the number of breakouts you have.

Side Effects of Peptides on Skin

Despite their rarity and typically minor severity, collagen peptides’ most common adverse effects on the epidermis are soreness, skin outbreaks, and rash. Typically, this is due to chemicals, preservatives, heavy metals, or animal products in some commercially available medications.

Why are Peptides Used in Skincare Products?

Amino acids in peptides are used to create specific proteins required by the skin. They work as signaling molecules when they are placed externally on the skin. Amino acids encourage skin cells to execute specific tasks, like producing elastin, which results in younger-looking skin. Adding peptides to your skincare routine may promote your skin to make connective tissue since collagen is divided into three polypeptide chains. Firmer and younger-looking skin may be achieved by increasing the amount of collagen in your routine.

How to Choose the Right Peptide Products for Your Skin?

When there are so many peptide-containing products in the market, you may not know where to begin from. To learn more about the skincare products with peptides, and choose the exemplary peptide products for your skin, continue reading.

Argireline is a synthetic peptide used in various cosmetics like serums and has effects similar to Botox. Argireline is a topical Botox that prevents sagging and reduces aging signs.

Tripeptides have extraordinary effectiveness in improving skin suppleness and even skin tone and decreasing discoloration caused by acne, sun exposure, wounds, and other traumatic events.

When it comes to skincare, each peptide product has its own set of advantages. Follow the list of peptides for your skincare routine:

Some research indicates that Peptide-rich cream may benefit skin health and should be used instead of nutritional supplements. Dry, wrinkled, or aged skin benefits from such creams as they add extra moisture to the skin. Additional supporting components may influence the effectiveness of the formula.

Peptide injections are no longer necessary due to more potent dietary supplements and topical lotions. However, a more targeted approach to skincare is possible with peptide injections directly into problem areas. Like other injections, injectable peptide therapies are more invasive and carry a higher risk of adverse reactions. Anti-aging peptide injections are commonly used to improve skin tone and texture and speed up wound healing and repair.

Firmness is dependent on internal factors that it is difficult to quantify and modify. However, the epidermis may benefit from increased collagen and elastin production. Also, peptide-loaded serum can aid our skin by keeping it hydrated.

Ampoules are a combination of peptides and vitamin C that can help restore your skin’s glow. These easy-to-apply peptide ampoules can make your skin look young and more radiant. It also firms the epidermis by acting as an anti-aging product.

Peptides in dietary supplements are sometimes created using botanical or animal protein sources. Protein is found in many nutritional sources, including meats, seafood, beans, lentils, and nuts, including hemp and flax. Copper is a peptide essential for good health, but it cannot be obtained by simply following a diet.

Collagen peptides are a skin benefit of bone broth, which adds to the attractiveness of the skin. Though it may be produced by boiling animal bones to extract collagen and minerals, bone broth can be purchased or made by boiling the bones of cows and pigs, among other animals.

Collagen, in particular, has been shown to help the skin remain elastic. However, many choose supplements since they are simpler to swallow and include the daily intake of the required nutrients as a form of peptides in skincare.

Peptides are the building blocks of skin proteins, including collagen and elastin. In addition to helping you achieve tighter, younger skin, peptide serums and moisturizers may also help you minimize breakouts. Overall, the best peptides for skin are considered non-toxic. They are a potential skincare ingredient, but they need further research before being determined to be beneficial.

Growing And Caring For a Venus Flytrap as an Indoor Plant

What Is Implantation Cramping?