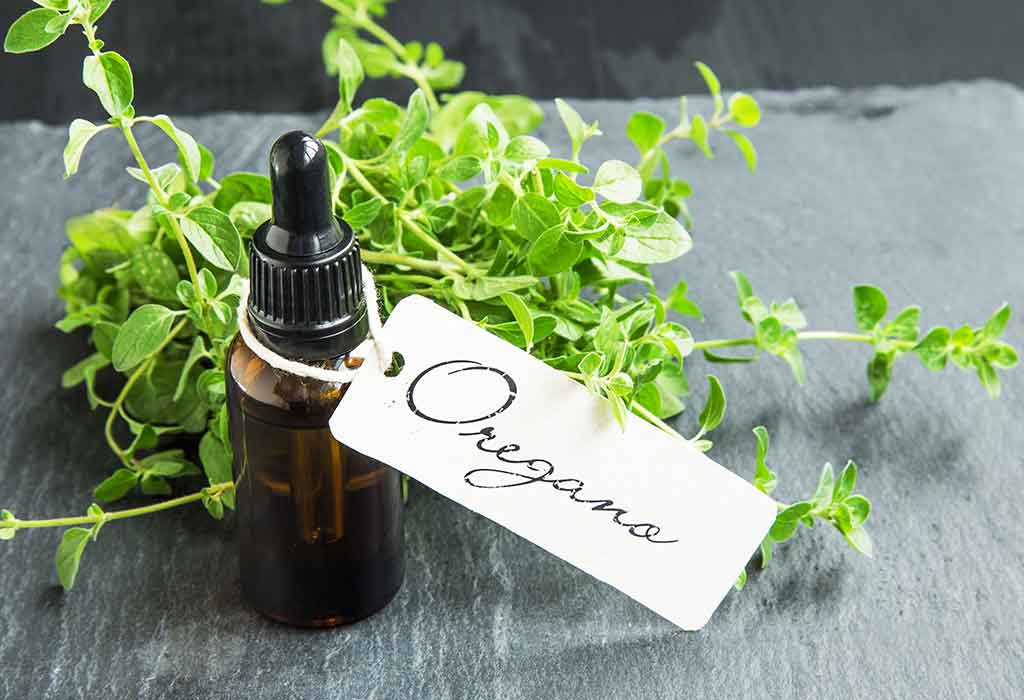 The benefits and uses of the common herb, oregano, have been in existence from the ancient Egyptians to the coming of age. Widely renowned for its presence in Italian cuisine, including salads, soups, and pizzas, oregano has become prominent in medicine.

However, not many know about the medical properties related to oregano oil. What makes oregano stand apart from the other herbs?

Read more to understand the health benefits associated with oregano oil and its application.

What Is Oregano Oil?

Origanum vulgare, or oregano oil as it is most commonly known, is the product of higher concentrations made from the oregano plant. You can find oregano oil in its different forms in medical and vitamin shops. Unlike the oregano essential oil, you can apply this orally or consume the pill.

Inflammation is the body’s response to an ailment. Sores in the body have more than often been associated with unfavorable health effects.  Studies have shown that Carvacrol, one of oregano oil’s main components, reduces swelling. Rich in antioxidants, Oregano can help the body neutralize the free radicals and decrease inflammation.

Although harmless, an intense overgrowth in yeast can cause infections and gut issues. Research has shown that oregano essential oil is quite effective for battling yeast infections, including those of the mouth and vagina. The most common form of yeast Candida is linked to Crohn’s disease and ulcerative colitis.

The existence of carvacrol in oregano oil also indicates cancer-fighting properties. Oregano oil has the potency to individually pick out cancer-causing cells while leaving the healthy cells intact.

Carvacrol has proven to be an active ingredient for weight loss. A study on mice demonstrated a significantly less increase in weight when provided with a high-fat diet containing carvacrol. The same set of mice, when provided with a high fat-only diet, gained a significant amount of weight. Additionally, carvacrol could countermand the composition of fat cells. You can also use oregano oil for your weight loss programs as part of a healthy lifestyle.

The health benefits of oregano oil containing the well-described compounds of Carvacrol and its analog, Thymol, are numerous. Recent studies have shown that using oregano oil can help prevent viral replication. Oregano oil tends to block the entry of the virus, thereby strengthening the body’s antiviral potential. Although proponents of oregano demonstrate that it is indeed plausible to prevent or reduce sinus, more research needs to be done. Therefore, oregano oil dosage for sinus treatment must be determined with a healthcare professional’s help. Furthermore, since oregano oil is more of a diet supplement by nature, there is no FDA approval and, hence, no regulation on purity and dosage.

The carvacrol embedded in the oregano oil is antibiotic. Much research into this area has shown that oregano oil could eliminate infections and common ailments such as cold, flu, skin infections, and the like. Additionally, oregano oil can treat ear infections with considerable efficiency. This natural antibiotic has portrayed similar effectiveness as that of pharmaceutical antibiotics.

Oregano oil can improve the functioning of your gut, especially during extreme conditions like having a leaky gut. A leaky gut occurs when your gut wall is flawed, causing bacteria and other toxins to enter the bloodstream. Oregano oil protects your gut wall from injury and a leaky gut. 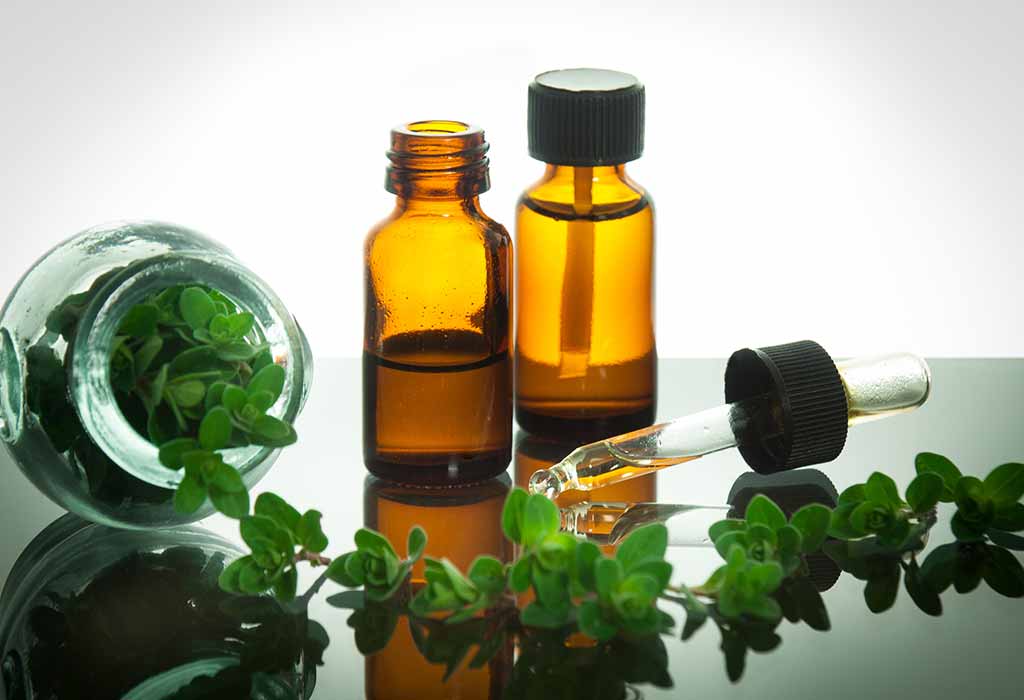 Oregano oil has been used for centuries to treat ailments, nutritional value, and tendency to add flavor to food. Some of these uses include:

Oregano oil, often mixed with dried leaves of the plant, tends to add a special seasoning for sauces and other food. Can you imagine not having oregano sprinkled over pizza?

Oregano oil has been used as a medium to treat fungal infections in your body and improve your home’s air quality.

The application of oregano oil in its diluted form directly onto the injured part can prevent bacterial infections and help the wound heal faster.

4. Used to treat cold and cough

Using oregano oil to steam yourself or the room can also help with treating common cold and cough.

Researchers have found that oregano oil can also act as a pain-relieving mechanism upon experimentation, although the dosage for humans is not yet confirmed.

Rubbing oregano oil on your skin can repel insects like mosquitoes and flies.

Rubbing oregano oil or just inhaling it can work wonders for your otherwise bad throat.

You can treat bacterial infections with oregano oil. Oregano oil is also renowned for it properties in treating ear infections effectively.

Side Effects of Oregano Oil

Your intake of oregano oil can prove to be unsafe when taken in excess. As always, it is better to get your doctor’s expert opinion on this subject matter before ingestion. Here are a few possible side effects that you need to concern yourself with:

Oregano oil extracts are extensively available in capsules and tablets and even as an essential oil. There is oregano oil for skin infections and disorders, which can clear up skin-related issues in no time. But again, you have to take it under the advice of a healthcare professional. You can purchase oregano oil from your nearest supermarket or order it online.

According to the National Institutes of Health, more extensive research into oregano needs to be implemented before determining a safe dose range in humans. As of now, there is no specific dosage mentioned, but if you are planning to apply it on the skin, the oregano oil should be mixed with the carrier oil to a less than one percent solution.

If you are pregnant or breastfeeding, it is advisable not to use oregano oil extract without consulting a doctor. You should not use oregano oil on infants and children.

Furthermore, if you are under medication, you should get your doctor’s opinion before using oregano oil.

Anyhow, it is always good to take a week’s gap for every three weeks of using oregano oil since it is a powerful substance and can also adversely affect your health when taken for too long.

Can We Use Oregano Oil For Cooking?

No, you cannot use oregano oil for cooking as it contains compounds that cause an upset stomach, but you can use the leaves of the oregano plant.

Is oregano oil safe for cooking? Medical experts do not recommend oregano oil for cooking, although they encourage using dried and fresh herbs as part of the whole food form. But if you happen to be on any medication, it would be wise to get your doctor’s approval before proceeding further.

Popularly, dried oregano leaves have been used to add flavor for pasta and pizzas on baked goods, fish, and vegetable dishes.

Oregano oil is a rich source of both vitamins and minerals.

Oregano oil, on the other hand, can be used for marinades and stuffing. To moderate the flavor, you would have to use a small amount and add up as too much would make it bitter to taste. You can also use oregano both as a spice and also as a preservative.

What Is the Difference Between Oregano Oil and Oregano Essential Oil?

The oil of oregano is wrested from the oregano plant through its leaves. Oregano oil has been a familiar culinary herb belonging to the herb classification. After extracting the oil from the plant, the manufacturers steam-distill the plant matter to get the maximum out of the compound. Oregano is made up of:

Although oregano oil’s health benefits and uses are backed by research, there still needs to be an extensive study on the proper functioning of its components. Even if you use oregano essential oil, make sure that you do not go overboard with the dosages. Most manufacturers use a different limit for the products they sell. Nevertheless, it is always safer to go by a doctor’s advice on the prescription of supplements and dosage to avoid any adverse effects.