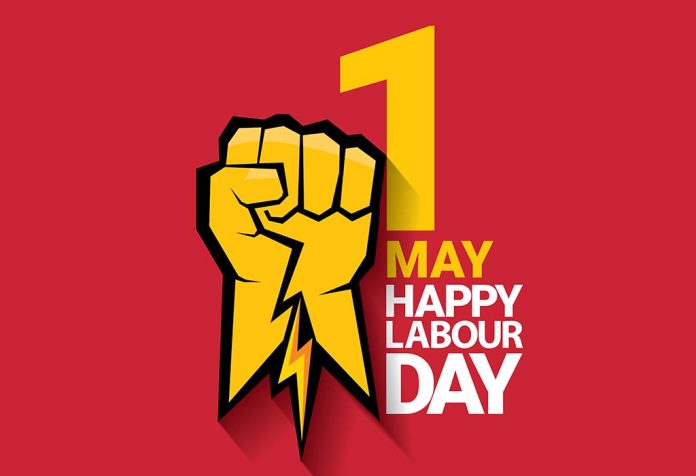 Labour Day, also known as ‘May Day’, is observed on May 1st every year. Labour Day is observed as a public holiday in many countries. But have you ever wondered why do we celebrate it? Do you know why Labour Day is celebrated on May 1st? Read this article to learn about this day. The article covers quick facts about May Day. Read on!

Why Is International Workers’ Day Celebrated?

International Workers’ day, also known as Labour Day or May Day, is observed on May 1st every year to celebrate the strength, dedication, and achievements of the working class. Dedicated to the working class, this day is also observed to raise awareness about issues like forced labour, minimum wage law, rights of migrant workers, etc. This Day is celebrated to encourage international labour associations. Moreover, labour unions and labour groups use Labour Day to fight for workers’ rights. Although a lot of us (especially the working class) are not aware of the significance of May Day, we benefit from it. It is because of the strike by labours in Chicago in the year 1886 (demanding 8-hour working days) that we are working for eight hours. The 8-hour workday rule was established in many countries, including India. May 1st is recognised as a public holiday across many countries. In the United States and Canada, Labour Day is observed and celebrated on the first Monday of September.

In the 19th century, when Industrialisation was at its peak, labours worked relentlessly to meet the demands of the public. At that time, the working hours were as long as 10-16 hours a day. And the working conditions were not safe for the labourers. Due to this a number of workers faced difficulties, and some even died because of the unsafe working conditions and long working hours. To stop this and provide justice to the labour class, several movements took place in the late 19th century.

The eight-hour day movement was one such movement. This movement was initiated to set a specific time for work. Started in Britain in the early 19th century, the movement quickly gained popularity in other countries as well. The United States saw the first protest by the carpenters of Philadelphia who went on a strike demanding a ten-hour day. This demand became widespread in the 1830s. And in the year 1864, the eight-hour day quickly became a major demand of the Chicago labour movement. Following the previous attempts to bring the eight-hour day into effect, on 1st May 1886, a general strike took place in Chicago where thousands of people came together to support the movement. In the following days, more people joined the movement. On May 4th, when the police tried to disperse the crowd, it resulted in violence. A lot of people were injured and many people died. In 1889, a meeting was held in Paris by the Second International, an organisation of socialist and labour parties, that called for demonstrations worldwide to remember the Chicago protests. In the year 1891, May Day was officially recognised by the International Second Congress to be celebrated as an annual day.

How Is Labour Day Celebrated in Different Countries of the World?

Find out how a few countries of the world celebrate Labour Day. May Day in India

Here are some facts related to May Day in India.

Some of the themes are mentioned below:

Given below are some quotes on Labour Day that you should read. You can also read out these quotes to your children and make them understand that there is no shortcut to success. One must work hard if one wants to get ahead in life.

International Labour Day is a significant day for the working class worldwide. It has continued to symbolise the strength and unity of labour forces that drive our economy.

Are you Resting Enough Between Exercise Sets?

Father of My Baby, Now I Need You More Than Ever..