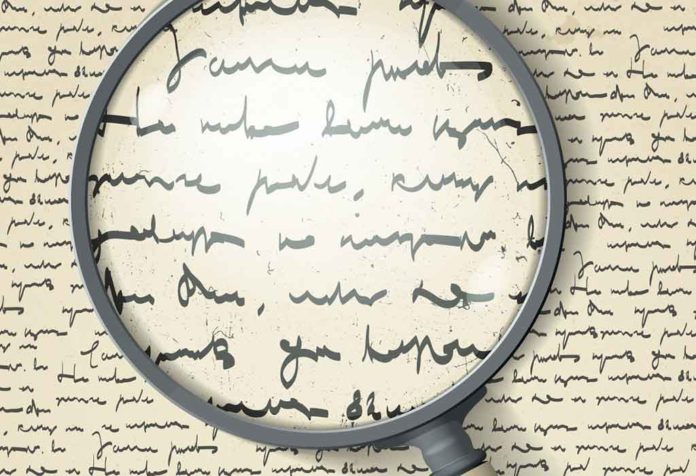 Analyzing, examining, and interpreting handwriting is a procedure that involves comparing one’s own and another’s handwriting on the same topic. Continue reading to learn more about the science of handwriting analysis and its importance.

Handwriting analysis is a scientific discipline because no two people write in the same manner. Two people can’t write the same way, which is referred to as writing diversity. Most importantly, graphology handwriting analysis critically understands that variations are not a form of deception.

Forensic science experts have a variety of specialties, including handwriting analysis and document examination. Using a text and an original sample of handwriting, a Questioned Documents Examiner (QDE) can determine any mistakes or forgeries in the document being examined. Rather than looking for similarities, it looks for discrepancies in the record.

Slants, curves, comparable letter height and breadth, tall and short letters, slopes, and the appearance of connecting lines all contribute to the overall shape of the letter. Individuals’ connecting lines between letters are distinct from one another. One can evaluate capital letters based on their condition and placement within the text and their meaning.

The speed and pressure you write are represented by line forms (smooth or black lines). When determining the author of a document, document examiners look for characteristics such as consistency.

Formatting includes things like letter and word spacing, word order within a phrase, and margin space, among other things. A similarity test, on the other hand, compares line strokes by comparing line spacing. Spelling, grammar, phrase structure, and punctuation are all important considerations.

How Does Analysis of Handwriting Work?

Comparing a disputed document to the known handwriting of the alleged author is known as handwriting analysis. The habits, characteristics, and distinguishing features of the questioned document and the known specimen are compared and contrasted to determine if they are comparable or distinct.

People in contemporary culture are used to seeing individuals with a range of writing styles. Each individual has a unique reason for writing in a particular hand when they write anything. Consider the following handwriting styles and characteristics:

Cursive handwriting is feasible because the letters are connected, making it simpler to write since you need to withdraw your pen from the page less often. Cursive handwriting was invented by the British in the 17th century and has been used ever since. Cursive writing favored communication in the written word among professions such as lawyers and doctors before the typewriter development.

Printed handwriting, often known as block letters, is described as handwriting in which the pen lifts from the paper after writing each letter. It’s seen to be clearer and simpler to read than the conventional style, and it’s often requested when filling out papers.

several cursive writing styles have been created to help youngsters learn how to write cursive letters and words. It has been developed to minimize the number of unnecessary strokes, making writing less tiring. There are fewer loops and flourishes than in earlier design iterations, and the overall look is more simple and less cluttered.

Apart from these styles, some characteristics of handwriting include:

Are the lines smooth and equal, or are they irregular and wobbly? This may provide an idea of how fast the writer writes. Someone who writes for an extended amount of time may be copying another person’s handwriting or trying to alter their own somehow.

2. White space in between words and letters

Is there enough room between the letters and words, or are they crowded together? Is there a pattern to the spacing that seems to be missing?

Is the height-to-width ratio consistent throughout your whole alphabet?

Is the writer withdrawing the pen from the page, or is the writing process unending? Excessive pen lifts may indicate simulation, which occurs when someone deliberately changes their natural handwriting or mimics the script.

What is the connection between uppercase and lowercase letters, and how are they connected and continuous?

Is each letter whole, or are some parts missing?

Are the letters written in cursive, printed, or a combination of the two?

Is the pen pressure the same for upward and downward strokes? When does the tension start to build? 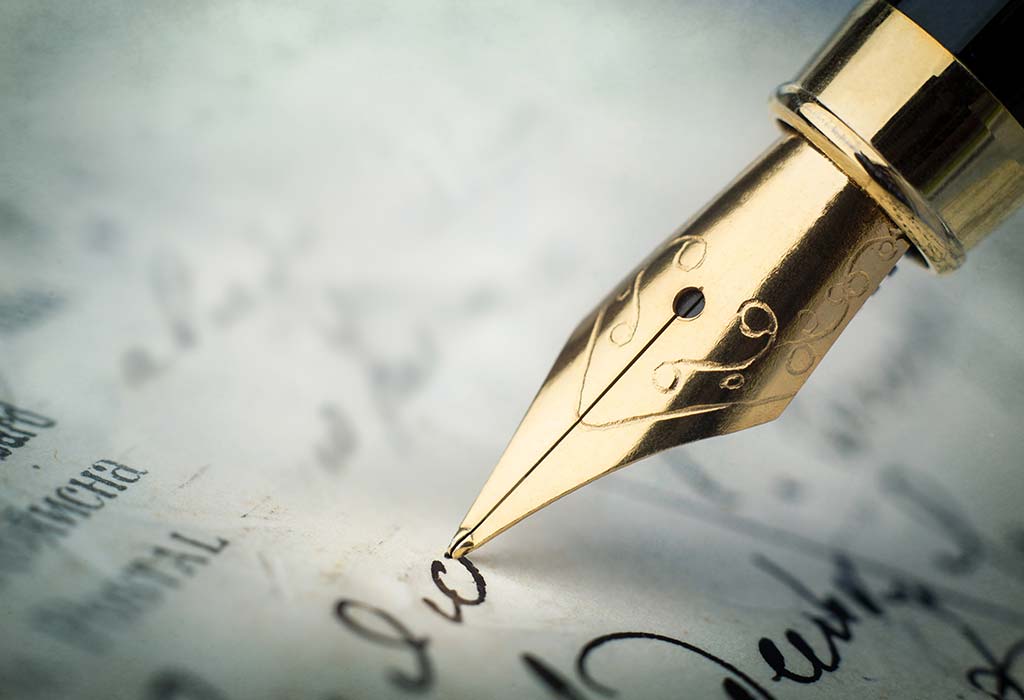 Handwriting analysis is used in the following situations:

Handwriting is analyzed to assess whether or not two individuals are compatible in all types of human relationships. A study of the writing of incompatible family members or those who find themselves in conflict circumstances will show the areas where personality conflicts have arisen. A handwriting character analysis may provide deep insight and penetrating findings in all areas of communication and wherever people want to understand one another better, whether on a personal, social, or professional level.

Handwriting analysis is helpful in the areas of education and student counseling. It is advantageous when communication between instructors and students or between students themselves is problematic. If more teachers had access to Handwriting Analysis expertise, they would be better able to create a climate of understanding between themselves and their students. Children underachieve because of a lack of self-esteem and other personality problems.

Regarding career counseling, handwriting analysis is also helpful since it needs knowledge about the individual’s personality to correctly match the individual to the work that best suits their personality and interests.

Handwriting analysis is a helpful method in people selection since it helps to analyze personality traits in selecting the most qualified applicant for the job. It is beneficial in contemporary work situations where substantial personality differences may negatively affect both the employer-employee relationship and the management staff. Handwriting analysis allows us to focus on particular problem areas and correct them.

Handwriting analysis offers an additional advantage for job candidates. It removes the necessity for uncomfortable or humiliating interviews, which a sensitive candidate may see as a breach of their privacy. An otherwise competent applicant may be unable to provide their best performance during an interview due to nervousness. As a result, the employer may reach a completely erroneous judgment about the applicant’s suitability for the job.

In criminology, Graphology may establish a link between a particular individual and crime scene evidence. Graphology is used in the medical profession to describe the study of handwriting as a tool for diagnosing and monitoring diseases of the brain and nervous system. Handwriting samples are obtained from the suspect and matched to evidence discovered at the crime scene, such as notes, signatures, and messages left behind.

Although this kind of analysis is seldom used, some psychologists and therapists may use it to assess particular personality traits in their patients.

In the workplace, this kind of evaluation may be used as part of an employment test or interview to determine if an applicant is a suitable fit for a specific position. However, this is a rare method.

Tips to Analyze Your Handwriting & What Does it Mean?

Handwriting analysis may be a challenging procedure. Even though it is one of the most fundamental tasks, most individuals would rather avoid it. A better approach would be to locate someone who knows the process and show you some instances to comprehend the fundamental principles. Keep these following tips handy loaded with meanings.

1. Start with a quality sample

It would be best if you first gathered a representative sample before you could begin your study. Request that a friend writes a couple of text lines in cursive on an unlined sheet of paper for you. Because writing differs depending on the mood, ask them to write a second example a few hours following the first.

Individuals’ writing styles vary. Some people like to write with greater power, while others prefer to write with less. You may observe these qualities on the back of the paper in the font’s boldness and pressure markings.

Do the handwriting analysis signature letters seem to be tilting to the left or right when examined closely, or do they appear perfectly vertical? A right slant occurs when a writer is eager to write or writing quickly and passionately. If this happens often, the writer may come off as pushy and self-assured. A left-handed inclination may suggest a reluctance to write or a desire to keep emotions concealed. People on the right argue that these writers are less cooperative than those on the left. A straight vertical tilt may suggest that the writer is controlling their emotions.

When writing on an unlined piece of paper, most people prefer to write in a slant rather than a straight line. The orientation of the baseline of your text may be reflective of your emotional state.

5. Determine the overall size of the text

A person’s size may also provide information about their personality. Larger signatures are generally indicative of someone with an extroverted and outgoing disposition. People that are shy or introverted have more minor signatures than extroverted people.

To overcome the initial difficulties, you should consider a few things as an amateur or novice handwriting analysis expert. This task is not as difficult or time-consuming, but you should still consider what you can do to improve your chances of helping the examiners and the licensing board in evaluating you. A novice handwriting expert can significantly benefit from keeping these things in mind!

Rolling In The New Year During Pregnancy