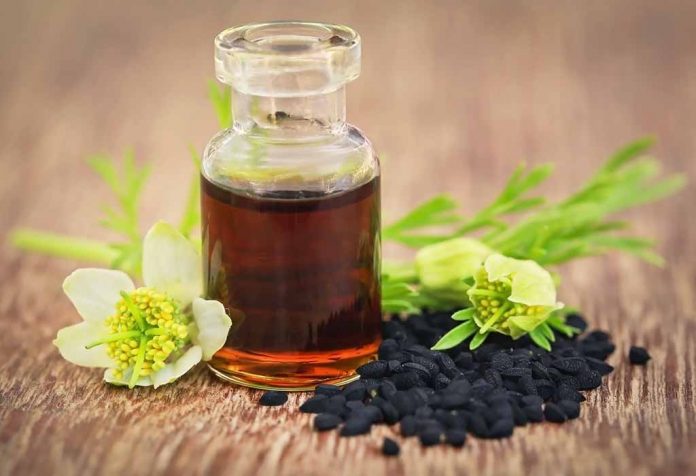 Recently, people have rightfully grown immense interest in the benefits and usage of black seed oil. The advantages of using this oil are numerous, and it is but obvious that people would be curious to know about the benefits of this product. Extensive research conducted worldwide has helped to identify that black seed oil has a world of benefits, ranging from treating asthma to hair and skincare. The oil is also beneficial for people with liver and kidney issues.

What Is Black Seed Oil?

The history of black seed oil goes back several centuries, and its benefits have been documented from time immemorial. The scientific name of the black seed plant is Nigella Sativa. It is known by various other names, such as black onion seeds, black cumin, and black caraway. It is widely used as a spice in India and is commonly known as ‘Kalonji.’  The Nigella Sativa plant bears blue, white, or pale purple flowers. These are widely grown in Western Asia, the Middle East, and Eastern Europe.

There are quite a few benefits of black seed oil; therefore, it has been in extreme demand since ancient times. Folks of old also widely benefitted from black seeds oil, so it was commonly grown in the areas enumerated above. Detailed research of ancient texts and the dissemination of valuable information to generations have helped keep the popularity and demand for this seed consistently high. Traditional medicine has also played a key role in highlighting and carrying on the tradition of usage of black seed oil. Here are some of the key benefits of using black seed oil:

Studies indicate that consumption of black seed oil is beneficial from the perspective of weight loss. It has a highly salubrious effect on individuals’ BMI or body mass index, which is why it is widely acknowledged from ancient times among those who would like to lower their weight and have a better BMI. Due to this, weight loss diets and programs that use black seed oil as a key ingredient have emerged lately, with many eager participants worldwide.

3. Benefits for the Skin

There are many benefits of black seed oil on the skin and various ailments related thereof. This has been well documented and has been acknowledged by practitioners in the medical field as well.

Black seed oil for acne is a well-known remedy. Acne is an ailment of the skin wherein there are spots and pimples caused by inflammatory conditions of the skin. This condition can be found on the skin on the face, body, shoulders, and upper arms, leading to bumpy and red skin. This is where the anti-microbial and anti-inflammatory aspects of black seed oil can come in handy. The ingredient helps immensely in treating and minimizing these visually debilitating conditions. The beneficial effects of black seed oil in these treatments have been acknowledged by many acne patients in the US and around the globe.

Psoriasis is a condition of the skin where scales and itchy patches form on the skin. This often leads to a burning and an itching sensation, mostly in cases of severe infection. While psoriasis may be a dreaded and chronic condition, black seed oil usage can be considerably effective in containing and controlling the inflammation, bringing much-needed relief to patients.

The black seed oil contains the component Thymoquinone, which has considerable beneficial effects on cancer. Cancer is caused by the uncontrolled multiplication of cells, leading to tumors growing in different parts of the body. It is said that black seed oil can influence apoptosis which is the programmed death of cells. It is said that the exact effects of black seed oil in cancer treatment are still a matter of study and scientific inquiry.

The black seed oil also has some benefits for hair that have also been documented over the years. It is said that the thymoquinone present in black seed oil is beneficial in the regrowth and regeneration of hair follicles among those who have a predisposition towards balding. In a sense, this is because of the highly effective anti-histamine properties that black seed oil inherently possesses. One cannot say that a bald person will get thick tufts of hair by using black seed oil, but its effect on controlling thinning hair patches is better documented.

Asthma is a condition brought about by thinning of lung passages and constricting the lung muscles, causing difficulties in breathing. The thymoquinone that is present in black seed oil is seen to cause the muscles of the airways to relax hence helping in breathing more easily. Studies have shown that consuming a controlled 0.01 oz of black seed oil twice a week showed positive effects in such cases.

Diabetes is a common and chronic ailment across the globe nowadays. The black seed oil has the properties of lowering blood sugar levels over prolonged periods, especially in those with type 2 diabetic conditions. While some people may consume black seed extract in capsules, the oil form of black seed is also seen to provide encouraging results.

Black seed oil benefits for men include infertility treatment. It is said that black seed oil improves the quality of semen with all the attendant benefits that accrue from it in treating infertility.

Some studies conducted on rats indicate that black seed oil has a relatively positive effect on the functioning of the liver and kidneys. However, these tests are yet to be conducted on humans subjects, implying uncertainty for improving liver and kidney conditions in humans.

Side Effects of Black Seed Oil

Consumption of large amounts of black seed oil could have negative impacts on the functioning of the kidney. In one case, a diabetic patient suffered from renal failure after consuming black seed oil for six days in a row for diabetes. 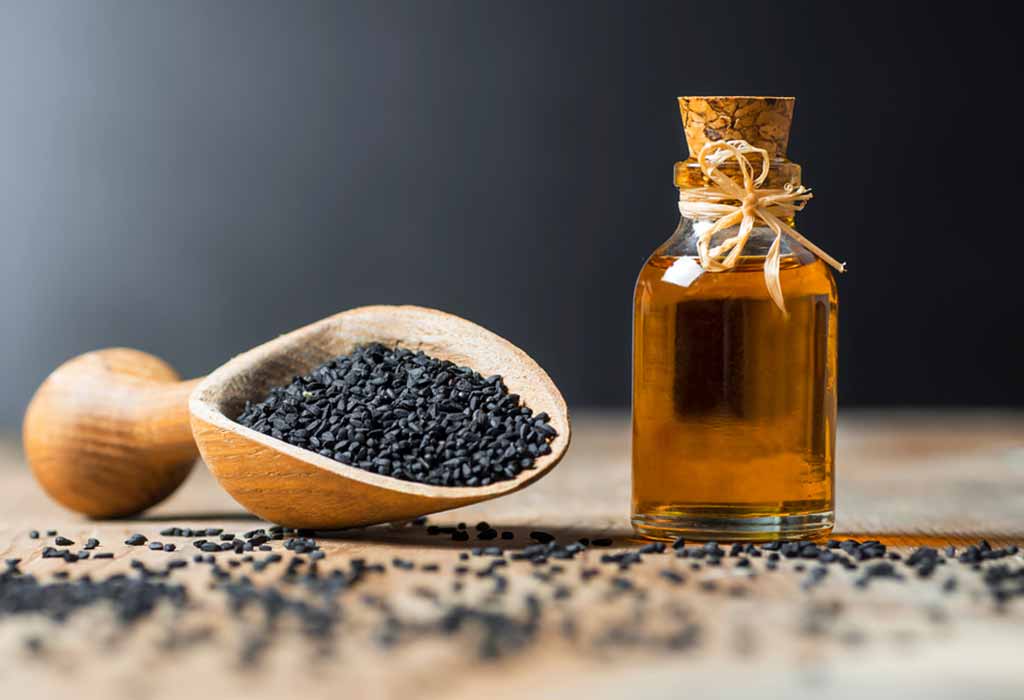 Can We Use Black Seed Oil for Cooking?

There are some atypical uses of black seed oil for cooking. It can certainly be used in some foods as a flavoring agent. The black seed by itself is used for sprinkling on bread and bagels, biscuits, or naan bread. Besides the oil extract, the black seed in itself can add flavor to a dish like other spices such as cumin, mustard, and fennel. In various cultures, primarily Asian, the black seed is used to flavor curries, soups, and stir-fries to a large extent. However, if one is looking to take black seed oil and use it as a cooking medium similar to sunflower or mustard oil, refrain from doing so.

There are many uses of black seed oil, as evident from the article. However, it must be noted that you need to look at proper usage and dosage thereof for the best results. Regardless of whether you are looking for weight loss, better hair and skin, or relief from asthma, consider the various benefits of the black seed oil enumerated here and adopt a happier and healthier lifestyle.

Top 10 Poems About Hate to Appease Your Inner Turmoil

How Do Sound Baths Help You Relax

10 Career Options for Introverts That Will Give Them Job Satisfaction