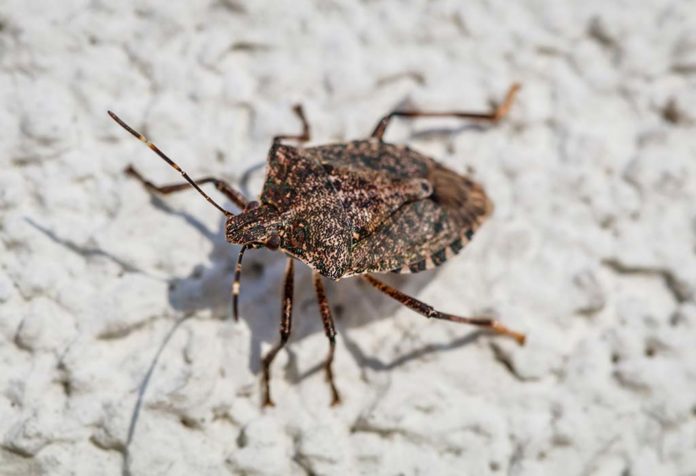 As the temperatures begin to soar during the spring, stink bugs start to come out of their winter hibernation. Females ultimately start to lay eggs on the readily available plants. That is how these stink bugs begin to multiply. Both the adult stink bugs and their larvae then begin feeding on plant juices and also attack nearby vegetables and fruits, such as peppers, tomatoes, beans, corns, and so on. A few stink bugs present in the garden may not cause too much damage, but many of them quickly damage crops and plants.

The adult stink bugs often enter people’s houses to protect themselves from the cold weather, and when disturbed or squashed, these stink bugs emit a very unpleasant smell or odor from scent glands on their abdomen. Thus, it becomes indispensable for people to control stink bugs. In this article, we have highlighted the best ways to keep stink bugs away.

What Are Stink Bugs?

Stink bugs are enormous oval, or shield-shaped, insects and are often referred to as shield bugs. These bugs are members of the Hemiptera order and are correctly named as they have tiny glands situated on the thorax. These glands emit a foul-smelling liquid, and this ability is supposed to be a defense mechanism of the bugs against their predators. When a stink bug is in danger, it releases a foul odor. As adult bugs, some of the species of stink bugs are brightly colored while the more common ones are brownish or greenish.

What Attracts Stink Bugs to Your Home 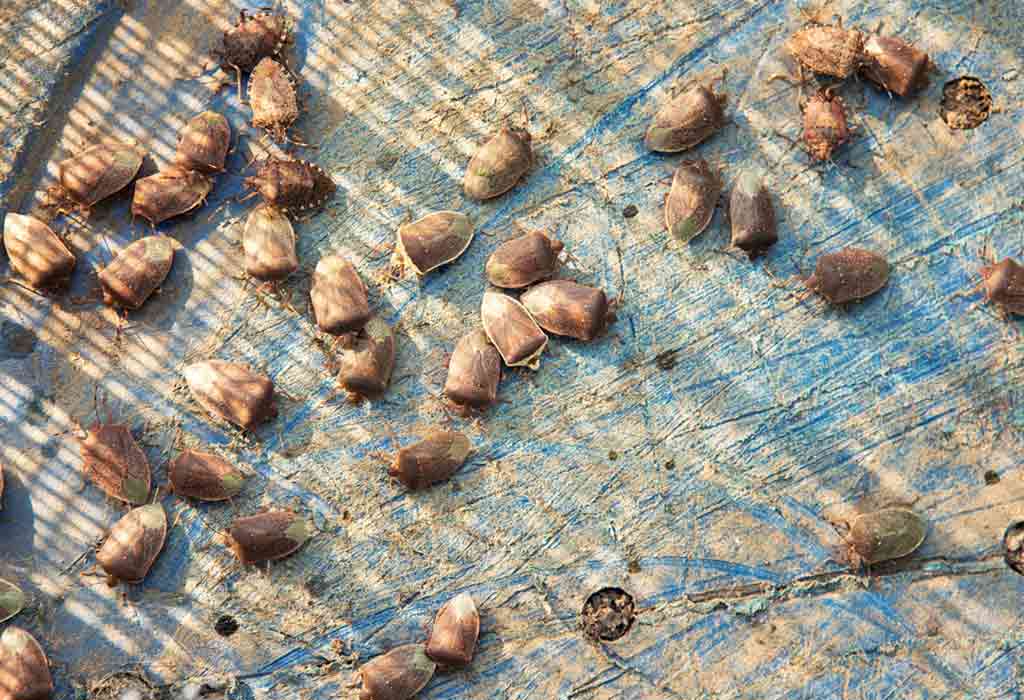 Some of the signs that tell you that stink bugs have infested your home are:

The good news is that stink bugs do not bite. These bugs also do not harm pets or people, and they do not spread any disease either. However, some people may be allergic to the smell that stink bugs emit. Runny nose and dermatitis are examples of symptoms of such allergies.

When Do Stink Bugs Usually Come Out?

As March brings blooming flowers, higher temperatures, and the proper start to spring, it also marks the start of the season of stink bugs. Stink bugs generally keep to themselves while it is summer but start reappearing once the fall season begins. As soon as temperatures decrease, usually during late September, stink bugs become more prominent in the environment.

Remedies to Get Rid of Stink Bugs

Traditional pesticides are not effective for eradicating your house of stink bugs once they come inside. Following are some of the best ways to rid your home of these unwanted pests:

1. Use a Bagged Vacuum

The easiest and the most practical way of getting rid of stink bugs is using a vacuum cleaner, especially if it has a hand-held hose attachment. All you need to do is suck up the bugs, then remove the bag, seal it cautiously, and then dispose of the bag far away from your home.

However, while vacuuming, you must remember that stink bugs release a foul odor when disturbed. Thus, ensure to use a vacuum with a disposable bag, or else they will eliminate a lot of smell from the bagless vacuum. Also, though the vacuuming process might kill some of the stink bugs that are sucked up, others may survive, so you must ensure to dispose of the bag quickly.

Though these insects are not drawn to a chemical bait, stink bugs are easily attracted to UV light. You can also make a DIY light trap by filling a large pan with foamy water and placing it under a nightlight or lamp.

You can squish the stink bugs by hand if you chance upon them. However, you need to do that carefully. Use a toilet paper or paper towel and flush the whole thing quickly afterward.

Combine equal parts of water and liquid detergent in a spray bottle and spray it on any stink bugs you come across (or any spots where you suspect they may be hiding).

Shred cigarettes or butts into some warm and let the mixture soak overnight. Strain out the debris and add two tablespoons of dish detergent to the liquid, and then you can spray this solution which kills stink bugs promptly.

Like all living things, these bugs require food and water to live and reproduce. To eliminate stink bugs, you need to block these resources entirely.

Using insecticides is the quickest and most efficient way to eliminate stink bugs. However, while choosing the right product, do remember that these insecticides can harm helpful insects too. Use insecticides with proper caution if you have children or pets and consume processed vegetables and fruits.

Combine four teaspoons of garlic powder or a few garlic cloves with two cups of water and spray on indoor windowsills from where stink bugs will most probably enter your house. This is an effective measure to deter stink bugs.

You can get rid of stink bugs with essential oils. Strong-smelling essential oils, such as lemon, eucalyptus, mint, Indian lavender, and catnip, might have a repellent effect on stink bugs.

Once you have successfully gotten rid of the stink bug infestation, you must ensure not to let a new infestation occur. For this, you must seal any points of entry and pay a lot to attics, chimneys, pipes, and the trim around doors and windows. Do note that stink bugs are strongly attracted to light, so try to minimize the amount and number of outside lights you keep on, especially during the fall season when stink bugs start coming indoors.

8 Great Documentaries for Kids that will Inspire and Educate Them