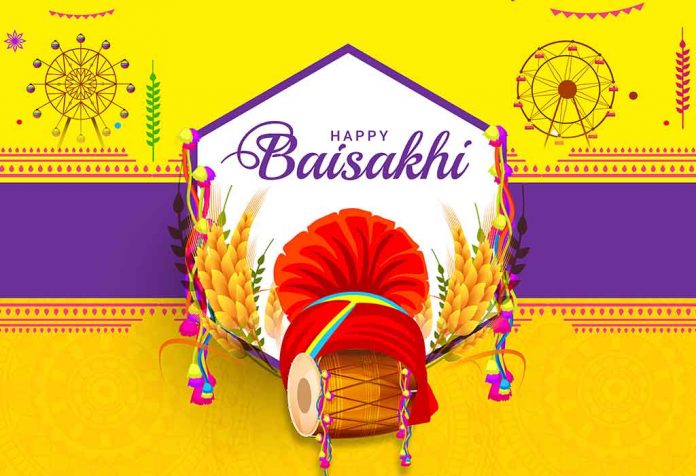 Baisakhi is an auspicious festival of Punjab that will be celebrated on April 14 this year. Every year this day is observed as a state-wide holiday, and all schools, colleges, and offices remain closed on this day.

What Is Baisakhi Festival?

One of India’s most popular harvest festivals, Baisakhi, is mainly a Sikh festival celebrated in Punjab, Haryana and western Uttar Pradesh with great warmth and spirit. The festival marks the beginning of the Sikh New Year. On this day, Sikhs pay tribute to their tenth guru, Guru Gobind Singh. People visit beautifully decorated Gurudwaras, attend kirtans, hold nagar kirtans and share festive food with dear ones.

Why Is Baisakhi Celebrated?

Significance of Baisakhi: Guru Amar Das, the third Sikh Guru, chose to celebrate Baisakhi. Also, The ninth Sikh Guru, Guru Teg Bahadur, was beheaded publicly by Mughals in 1699. On the eve of Baisakhi in 1699, the ninth Sikh Guru’s sons rallied the Sikhs and inspired them through his words and actions. The celebration is observed as the coronation of Guru Gobind Singh and the foundation of the Khalsa Panth of Sikhism.

As explained earlier, the practice of the Baisakhi festival in its religious importance began in the year 1699. The foundation of Panth Khalsa was laid by Guru Gobind Singh, of 10th Sikh Guru. This is why this day is also known as the Khalsa Sirjana Divas. The traditional New year is celebrated on Baisakhi by Sikhs.

The story of Baisakhi began with the martyrdom of Guru Teg Bahadur, the ninth Sikh Guru whom the Mughal Emperor, Aurungzeb, publicly beheaded. The brave Guru Tegh Bahadur stood up for the rights of Hindus and Sikhs when the Aurungzeb wanted to spread Islam in India. The Sikh Guru was seen as a threat and thus decapitated. After his death, his son, Guru Gobind Singh, became the next Guru of the Sikhs.

Guru Gobind Singh chose Baisakhi as the occasion to convert the Sikhs into a family of soldier saints, known as the Khalsa Panth. He established the Khalsa in front of many people at Anandpur Sahib.

The 10th Guru came out of a tent with a sword in hand during the festivals. He challenged any Sikh who didn’t fear his life to follow him into the tent. But Guro Gobind Singh returned alone with his sword covered in blood. He kept calling for volunteers until five men vanished into the tent. The people were highly concerned until they saw five men return wearing turbans, coming out of the tent with the Guru. These five men were then baptised into the Khalsa and became known as the Panj Piare, or ‘Beloved Five’.

When Is Baisakhi Celebrated?

Baisakhi is observed on April 13 or April 14 every year in India. This year the Baisakhi celebration will be held on Thursday, April 14. The day is commemorated with great enthusiasm and joy in the northern Indian states, particularly Punjab and Haryana. It is an ancient festival that marks the Solar New Year and celebrates the spring harvest. Traditional folk dances are also performed on this day.

Baisakhi was also the day when colonial British empire officials committed the Jallianwala Bagh massacre on a gathering, an event influential to the Indian movement against colonial rule. 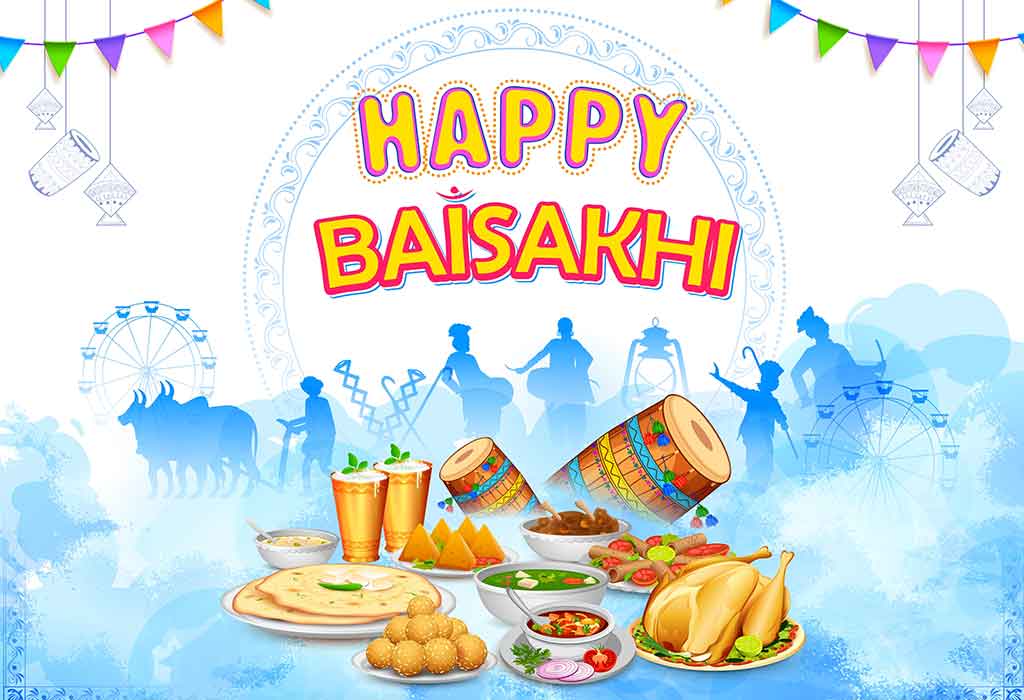 What Are Baisakhi Customs and Traditions?

1. On Baisakhi, the farmers thank Mother Nature and worship her for the resourceful harvest.

2. People wok up early in the morning and take a bath in the holy rivers.

4. Most people aim to visit the Golden Temple or Anandpur Sahib, the place where Khalsa was pronounced.

5. On this day, Guru Granth Sahib, the Holy book of Sikhs, is ceremonially taken out and is given a bath with milk and water. Then the Holy book is placed on its throne with care and read out to the followers gathered in the Gurdwara.

What Is the Difference Between Baisakhi and Vaisakhi?

l There is no noteworthy difference between the two words and their meaning.

l There is no difference between sounds between ‘va’ & ‘ba’ in Prakrit & Apbhramsa. Hence the name, Vaisakhi or Baisakhi.

Traditional Dance and Procession of Baisakhi

Here is everything you need to know about the Baisakhi festival.

A big part of the Baisakhi celebration is the Giddha and Bhangra. Both are traditional Punjabi folk dances that the people perform.

The folk dance Bhangra is said to have emanated from Baisakhi itself as a harvest dance to commemorate the gifts and blessings received from Mother Earth.

Giddha is performed by the women, derived from the ring dance, to show the elegance of the womenfolk while still matching the energy and sheer power of the Bhangra.

You can find various colourful fairs at several places during the Baisakhi, where people come to celebrate the festival.

Nagar Kirtan, or procession, happens under the Panj Piaras, who are Sikh preachers with a special connection to the festival.

Baisakhi Celebration Ideas and Activities for Your Kids

Now that you have read the facts about Vaisakhi and how and when it is celebrated, it’s time to make the festival more special for your kids with some exciting activites. Don’t forget to pass all the above information to your little ones!

Take a printout of a boy and girl doing the Bhangra. Now ask your kid to try to draw it or simply colour the picture with bright, cheerful colours. Don’t forget to play some folk music while they are busy colouring!

Let your kid’s hands do some creative work by helping them make something out of various things. Collect some papers, sparkles, colours, shiny beads and other craft materials in your house and ask your kids to prepare a card thanking Mother Earth for its various gifts this harvesting festival.

The festival of Baisakhi is all about celebrating by singing and dancing. So why not let your kid make their own wonderful musical instrument. All you need is a shoebox and some strings. Clean the shoebox properly and tie 4-5 strings with a 1cm gap from one side of the box to another. Now take a coin and play the strings and enjoy some music.

No celebration is complete without desserts, and children love sweets. Use this day to enjoy the opportunity to do a fun activity with your kid. Make a batch of ladoos or barfi with the ingredients available at home. Give your children easy tasks like adding the dry fruits or binding the ladoo and make them feel like a part of the cooking process.

Kids love dancing, and teaching them a step or two while having fun is not at all a bad idea! Play festival songs and dance around together! Your kid would definitely have a fun time learning new steps.

Baisakhi is all about celebrating with full enthusiasm. This includes singing, dancing, reading scriptures out loud and chanting hymns. The farmers harvest their Rabi crop, thank God for the abundant harvest, and pray for the same prosperous future. We hope you have a blissful Baisakhi.

Baisakhi – Beautiful Wishes, and Messages for Your Loved Ones

Breastfeeding With Flat or Inverted Nipples