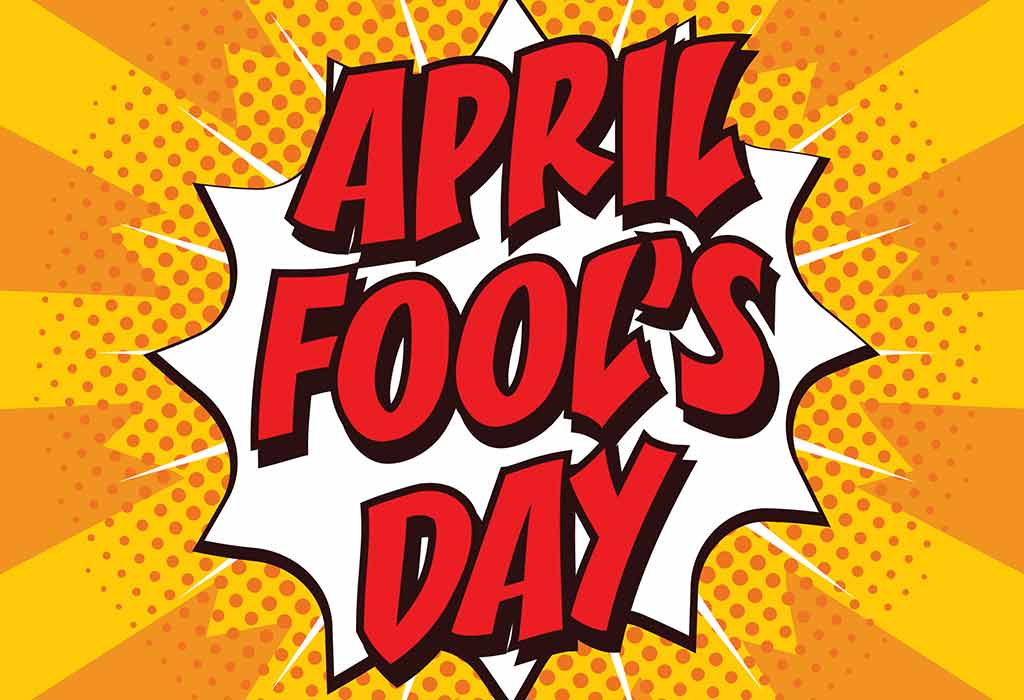 The day to pull unimaginable jokes and actually get away with them, April Fool’s Day is every children’s favourite day of the year. With unlimited jokes and activities, this day gives children sweet memories to store and adults to rewind to old days and live a day like kids.

What Is April Fools’ Day and When Is It Celebrated?

April Fool’s Day is the day of pulling pranks and jokes on other people. The day is celebrated with light-hearted enthusiasm, and when somebody is fooled on this day, people shout out loud at the pranked person, “April Fool!” April Fool’s Day is celebrated worldwide with joy and laughter on April 1 every year. Practices, including fooling people, sending people on fool’s errands, pranking, and trying to get people to believe in ridiculous things or things that don’t even exist, are very common to see on this day.

How Did It Begin?

It is popularly believed that in 1582, Pope Gregory XIII transitioned from following Julain Calendar to the Gregorian calendar. In ancient cultures, including Romans and Hindus, the calendars were based on the vernal equinox (March 20 or March 21). In older times, the New Year was celebrated on or around April 1, and in many places of Europe, the Feast of Annunciation (the beginning of the new year) was celebrated around March 25.

When Pope Gregory XIII ordered the adoption of the Gregorian calendar, the New Year’s celebration was shifted from around April to January 1. In 1582, France adopted the calendar and shifted the New Year to January 1. It is popularly believed that at that time, many people either refused to shift to the new calendar and continue with the old calendar or just didn’t know about it. Eventually, people began mocking those who still followed the traditional calendar and celebrated New Year on April 1, sending them on fool’s errands and tricking them into believing false information. This spread fast throughout Europe, and people started to trick others on April 1 as a common tradition.

Another relating theory of the origin of April Fool’s Day is the ancient Roman tradition of a spring festival called Hilaria. Hilaria is celebrated around March 20 or 25 to honour the vernal equinox, I.e. the first day of the spring. Similarly, Holi in Hinduism and Purim in Jewism are also celebrated around this time of the year. Perhaps, light-hearted festivities, such as games, dances, masquerades, etc., were enjoyed to celebrate the turn from winter to spring. 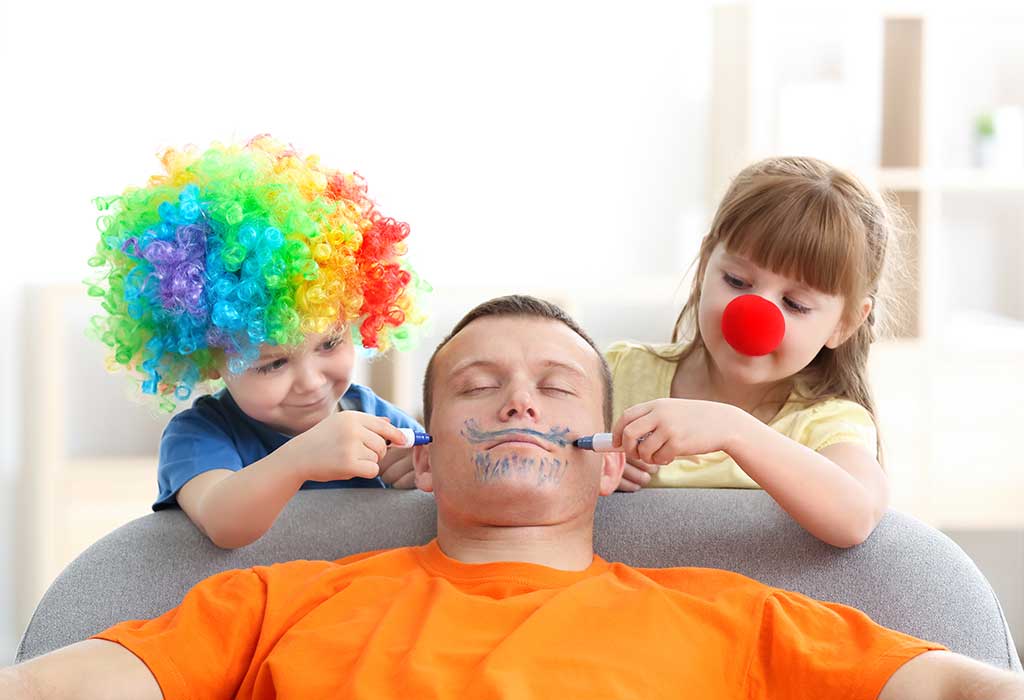 Who doesn’t love to prank or pull jokes on other people? If you are still lacking inspiration, here are some reasons why you should celebrate April Fool’s Day.

1. A Trip Down the Memory Lane

Remember when you were young and used to play silly tricks on family and friends. How good those days were. But with growing up, studies pressure, and societal influence, the fun part of life gets lost in daily lives. Celebrating April Fool’s Day gives a trip down memory lane.

2. Fun Day Without Any Regrets

It’s not every day you get to play tricks and jokes on people and get away with them with nobody feeling bad because it is April Fool’s Day. We all need a day to become kids, do ridiculous harmless stuff, and laugh about it. Also, laughing and doing fun activities ease tension.

With spring on board, heading to lazy days, you can jumpstart your energy with April Fool’s Day and bring on creativity. Plan your summer afternoon with your friends to make this eventful and beat those lazy blues.

Several countries follow different traditions on this day of the year. Some believe in auspicious tales, while some in playing pranks. People in schools, business establishments, offices, institutions, etc., all enjoy April Fool’s Day. With the internet taking over mostly everything, prank videos have become quite common. Big and small companies and TV networks have started participating in this annual tradition and fooling people through their establishments’ reach.

Everything from mind games and scare tactics to lying and phone call pranks, different places have different traditions. In 1992, The Times of London pulled a prank on its audience by reporting that Belgium was negotiating to join Holland.

In 1957, the BBC’s new program fooled its audience by showing news footage of Swiss peasants harvesting spaghetti from trees. Thousands of fooled people then called BBC to enquire about how to grow spaghetti on trees. Another prank by BBC followed in 2008 when they presented a documentary on flying penguins.

One of the popular pranks done by Taco Bell was in 1996. The company announced that it had bought the Liberty Bell to help the country with the national deficit and would now name the Bell—the Taco Liberty Bell. Thousands of people called to complain, and later Taco Bell responded by stating it was a joke. Not knowing of the company’s April Fool prank, reporters asked the then White House press secretary Mike McCurry about the sale. He pranked them by saying that the Lincoln Memorial had also been sold and would be named Ford Lincoln Memorial.

Is April Fool’s Day Celebrated Across the World?

France, Netherlands, Italy, Belgium, and French-speaking places of Switzerland and Canada celebrate this day by pranking people and sticking paper fishes onto other people’s backs without being noticed and calling out loud “Poisson d’Avril” when the prank is discovered.

In Ireland, people prank others by sending them on a fool’s errand. The victim is supposed to deliver a letter. The person who receives the letter and reads it tells the poor messenger to pass on the letter to another person, and this goes on until someone feels sorry for them and stops the prank. The message is usually like: “Send the fool to someone else.”

In Greece, it is often believed that the person who pranks another person will receive loads of good luck for the entire year, while in some areas of the country, the rainfall on this day is said to have healing abilities.

In the United Kingdom, pranks and jokes can only be played till noon on April 1. It is believed that if anyone pulls a prank or tells or joke, back luck will fall upon them, and they will make an April Fool of themselves.

Scotland calls this day Huntigowk Day. People have to find a naive person or cuckoo and prank them. This pranking day lasts for two days in some parts of the country until April 2.

However, Denmark celebrates April Fool’s Day as Maj-kat on May 1, and Spain celebrates this day on December 28 as Childermas. 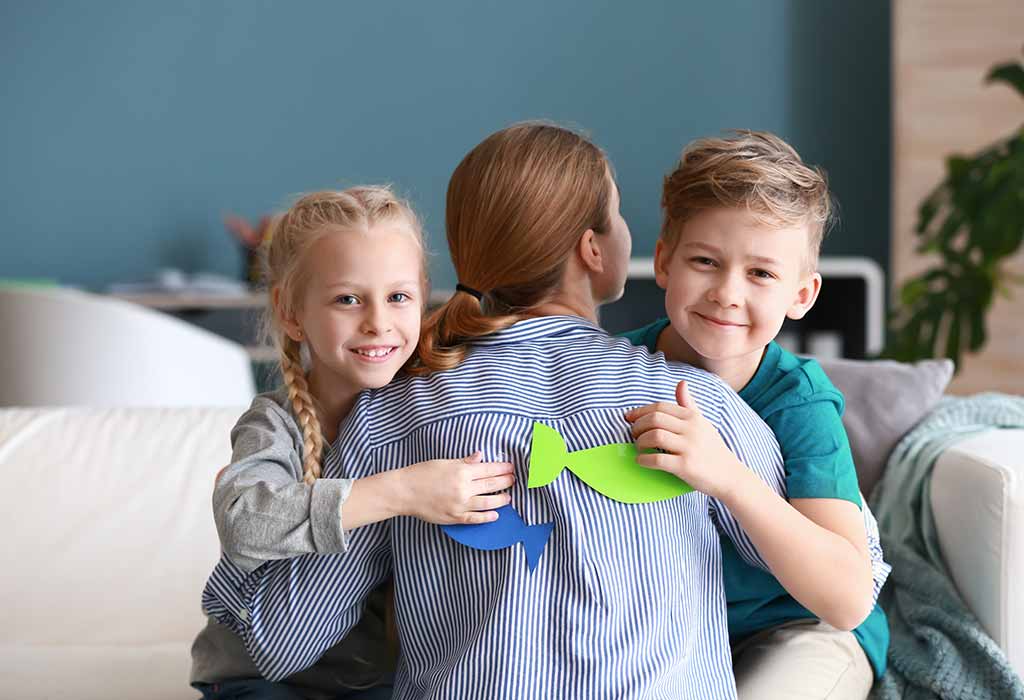 Activities You Can Do on April Fools’ Day

April Fool’s Day celebration can be done in several ways. But one must be thorough with their tactics as people are usually aware of anything unordinary on April 1. You can:

Call your friend or family member and prank them with false phone calls. You can imitate customer care executives, a doctor, an insurance agent, or anything you want to be. Choose the story of the prank wisely, as people can get really sensitive to what they hear on the phone.

There are unlimited food pranks you can pull on your loved ones. You can:

Stick the “wet paint” sign in busy places where many people walk and touch it. You can put the sign in the school or office hallway or cafeteria where people mostly go, or you can stick this sign to your friend’s locker. Share some laughs as you see people avoiding the areas of the “wet paint” sign carefully and avoiding touching any surface.

Now is the time to be famous and confuse your friends and family. You can post on your social media page by putting false information that you have got a new job, resigned, or been selected for further studies abroad. When you receive loads of messages, you can put another post by saying it was an April Fool prank!

Let’s look at some April Fool’s Day facts for kids that are indeed amusing and interesting to read: 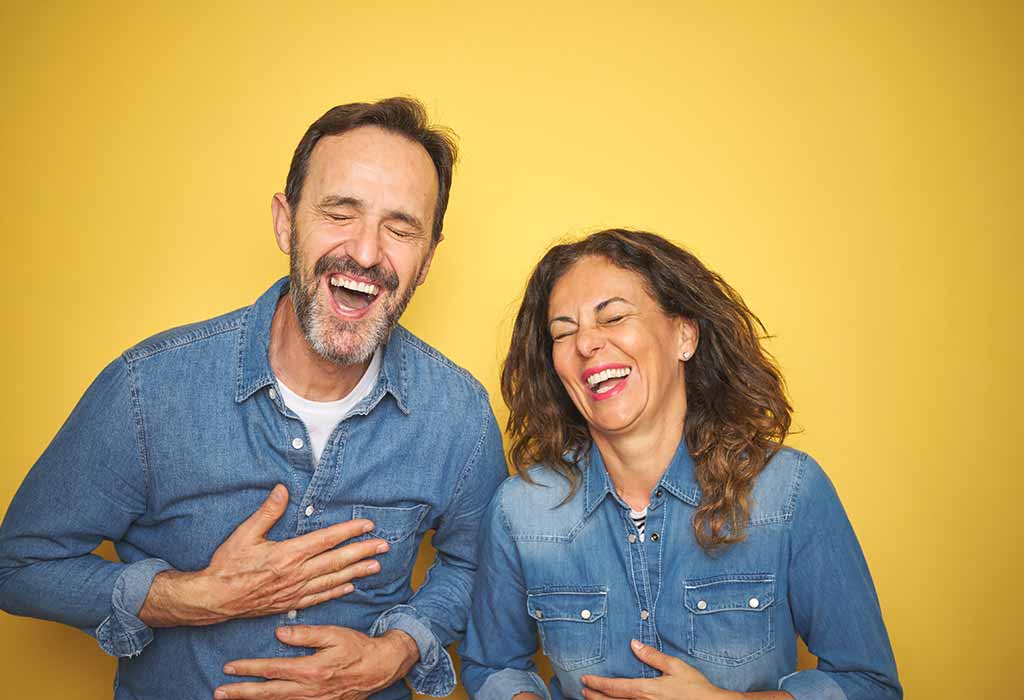 Some jokes on April Fool’s Day are:

Answer: Because it was April Fool’s Day!

2. April Fools’ Day is like a big open mic night.

Answer: It is the day people demonstrate how ridiculous they are!

3. What did April Fool’s Day say when it won an award?

5. On which day you should never propose?

Answer: Just kidding, I do.

7. What is the difference between April Fool’s Day and Thanksgiving Day?

Answer: On Thanksgiving Day, you are thankful, and on the other day, you are prankful!

9. Did you hear about the guy who swapped the labels on the pumps at the gas station?

Answer: It was an April Fuel joke!

The fascinating history and amusing traditions of April Fool’s Day keep everyone joyous. So, make your day creative with April Fool shenanigans!