Amazing Christmas Horror Movies That Aren't For The Faint Hearted!

Amazing Christmas Horror Movies That Aren’t For The Faint Hearted!

Amazing Christmas Horror Movies That Aren’t For The Faint Hearted! 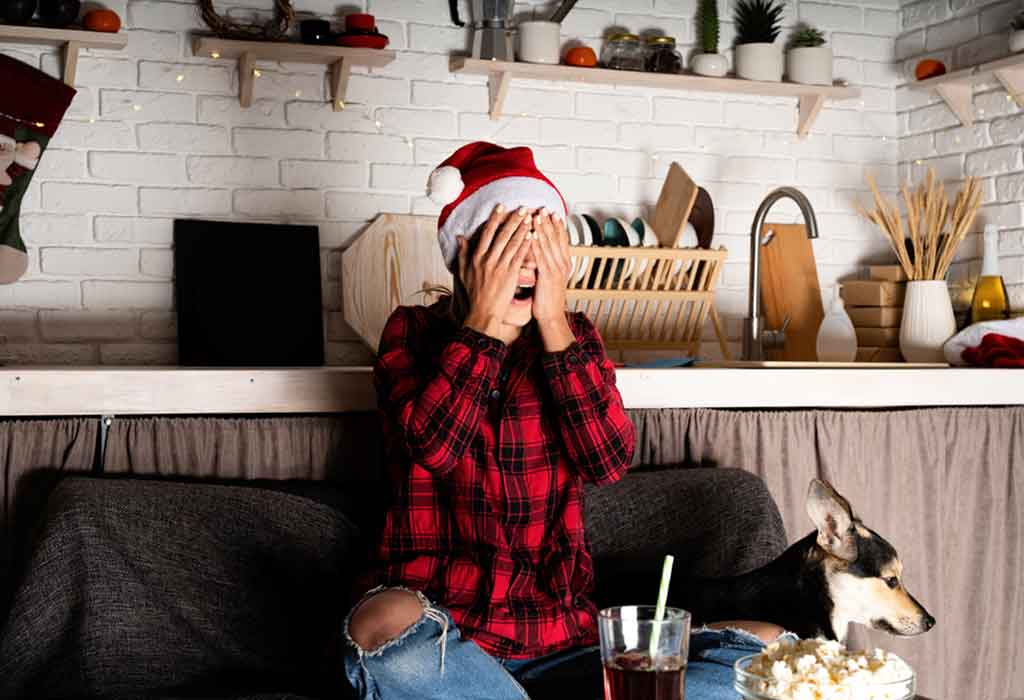 On Christmas, a traditional movie night is you and your dear ones sitting with a mug of hot cocoa, watching a heartwarming Christmas classic. But for the dedicated horror fans, here are some scary Christmas movies.

Here is a list of some fantastic horror movies to watch this Christmas:

A gadget salesman comes across a store in Chinatown while looking for a special Christmas present for his son. The shopkeeper reluctantly sells him the “mogwai.” How is it related to the gang of Gremlins tearing up the town on Christmas Eve?

An unidentified caller incessantly harasses a sorority house with demonic noises and creepy phone calls. These sorority sisters are then haunted by gruesome murders committed by a perverse killer on the loose.

3. The Dorm that Dripped Blood

Three college students give up their Christmas vacation to clean a deserted dormitory and get stalked by a crazed killer.

Ashley travels to a suburban home to babysit her 12-year-old son Luke on Christmas and has to fend off intruders.

Jack Frost, a notorious serial killer, meets a bizarre accident on his way to his execution. He is transformed into a mutant snowman who begins to kill in gruesome ways.

A sequel to the 1984 film Silent Night, Deadly Night, this Santa Claus horror movie is about a teenager committing murders while dressed as Santa with his younger sibling carrying on in his footsteps.

Three people are trapped in a small kiosk with an Automatic Teller Machine by a murderous assailant.

A garage security guard helps Angela out when she has car trouble and invites her to dinner. When she refuses, he knocks her out and takes her captive.

This scary Santa movie is about an orphan raised by nuns who grows up to be a toy-store Santa Claus that kills.

A widow invites her children to her remote estate to celebrate Christmas. Amid the celebrations, they are suddenly faced with a hideous killer out for revenge.

In one of the best Christmas ghost movies, a young woman hitches a ride with her classmate to her home. Driven off the road and stranded on a remote highway, they are haunted by the ghosts of the dead.

A psychopath executed for murder rises from his grave as a delicious but deadly gingerbread man due to an ancient curse.

Based on the good-hearted Saint Nicholas, this Xmas horror movie portrays the Bishop as cruel and bloodthirsty. On every full moon on December 5th, this medieval legend comes alive and kills. During Christmas, a dark force is working on building an army of living corpses. An unconventional band of heroes, comprising a janitor, drunk, bartender, cop, perp, and a security guard, must stop them.

Christmas is not the season of joy in Bailey Downs, a small town that finds itself suddenly plagued by zombie elves, evil spirits, and Krampus — the anti-Santa Claus.

16. Anna and the Apocalypse

As a zombie apocalypse threatens the town of Little Haven on Christmas, Anna and her friends have to slash and sing their way to survival only to realize that civilization is falling apart.

Two children are left alone in a remote winter cabin with their father’s girlfriend, Grace, on Christmas. Soon they are trapped as horrifying events unfold, summoning specters from Grace’s past.

18. All Through The House

An insane masked Santa-Slayer is in town to hunt the town’s most notorious and feared home, leaving behind a bloody trail of mutilated bodies.

This Santa horror movie revolves around a young boy named Pietari and his friend, Juuso, who think that a mountain drilling project has uncovered the tomb of Santa Claus. However, this is an evil and monstrous Santa.

Cut down by foul-mouthed lumberjacks, terrorized and screaming in pain, a group of Christmas Trees decides to strike back on Christmas Morning.

Max turns his back on Christmas when his dysfunctional family has a clash during the holidays. As a result of the lack of Christmas Spirit, the demonic force of Krampus is unleashed to punish the non-believers.

A group of college students plans a liquor party and a game of Secret Santa. But there is a killer in town who has brought presents for everyone, good and bad.

This scary Christmas movie is about two sisters who throw a house party during the Christmas season. But they are unaware of a deadly invader soon to crash their festivities.

A little girl called Zoe has an imaginary friend Krampus, the dark companion of Saint Nicholas. Krampus is then unleashed to seek out the naughty people and punish them on Christmas by torturing them and dragging their souls through hell.

25. A Christmas to Dismember

School’s most popular clique finds themselves barricading themselves from a deadly Santa who wants to hack, slash and unwrap them. They must outsmart him or end up dead in their stockings.

A holly jolly Christmas makes the perfect backdrop for a horror film. Get your blankets and hot chocolate ready, fasten your seatbelts, and let these movies transport you to a gnarly, nasty, and not-so-jolly Christmas…

Previous article « How to Grow Watermelon – Planting, Caring, Harvesting, and Storing
Next article 100 Things to be Grateful For in Your Life »