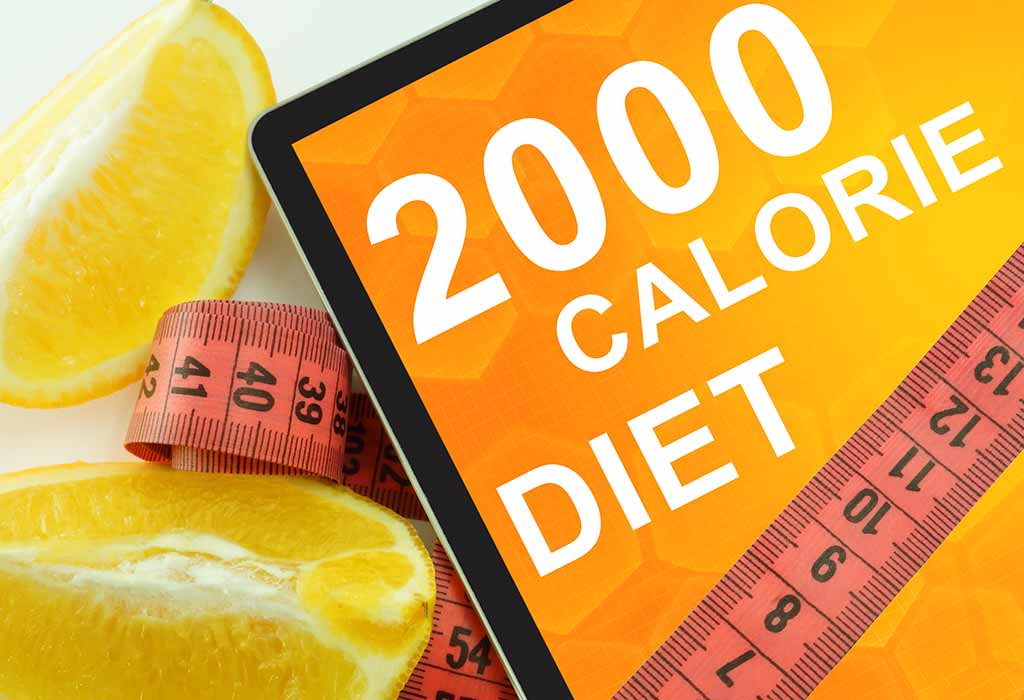 Have you ever noticed that the nutritional values mentioned on most food labels take 2000 calories as the average calorie intake of an adult? But do you know what it exactly means? When it comes to losing weight and maintaining health, these diets may attract a lot of attention. However, it is always recommended that you thoroughly know what these diets entail and whether or not your doctor recommends you to follow them. This article will help you understand what a 2000-calorie diet is and its benefits.

A 2000-calorie diet is an average calorie intake that an average adult should consume to sustain a healthy weight. Even the FDA or Food and Drugs Administration use 2000-calorie diet parameters to provide nutritional value labels on various food products. However, it is not suggestive of the fact that every adult should consume 2000 calories only as the calorie intake depends on various other factors, including age, sex, height, and weight of an individual.

Can It Help Reduce Weight?

Well, a 2000-calorie meal plan may work for some individuals to lose weight, but it may not work for everyone. This is because the amount of calorie requirement varies from person to person, which means it can vary according to factors, such as height, weight loss goals, and activity levels. Also, just cutting down calories from your diet may not work in some cases as there are other aspects that are also important in your weight loss journey, which include socioeconomic factors, environment, gut bacteria, etc. A 2000-calorie diet may also lead to weight gain in the case of some individuals. Having said that, creating a calorie deficit is what can help you knock off kilos. This means if your calorie intake is 2500 or more, and you reduce it to 2000, then making this change may help you fetch results!

What Is the Standard Nutritional Requirement of an Individual?

It is important to establish that calorie requirement for every adult varies according to various associated factors. However, according to Dietary Guidelines 2015 to 2020, a 2000-calorie diet is an estimated number of calories that are consumed by an average adult. In addition, this value is also used as a benchmark by various food items to mention Percentage Daily Value.

Our body requires energy to sustain, and calories from food help in achieving that. We all have different lifestyles and body types, and thus our calorie requirements can differ as per that. According to how active or inactive an adult is, the calorie requirement is established. However, for a woman, this range can be anywhere from 1600 to 2400 calories, and for a man, it can anywhere from 2000 to 3000.

Again, the calorie intake can go higher during certain periods, such as for growing teenagers and pregnant women. It is usually more than 2000 calories in a day. However, if you are on your weight loss journey, then in order to lose weight, you have to create a calorie deficit, which means that you have to burn more calories than you consume.

If you are on a 2000-calorie diet to lose weight, then you can include various food items in your diet, which you can divide into three main and two mini-meals. You can also include any number of calorie-free beverages such as water, green tea, black coffee, etc., in your diet. If you feel like skipping a snack, you can compensate the calories towards a dessert, which means you can tweak some calories from one meal and add to another. Well, there are no hard and fast rules, but the basic idea is to eat healthily and remain within your calorie limit.

If you are wondering what all you should include and how your should plan your meals, we have some options and examples of a 2000-calorie diet for a week that you can try. However, we strictly recommend that you consult your doctor to know if it suits your requirement.

These are some options that you can choose from.

Here are some food options that you can consider:

You can include the following food items in your diet:

Here’s what you can eat on day four:

You can include the following food items in your 2000-calorie diet:

Here’s what you can consider adding to your diet:

Add these food options to your meal plan:

Foods to Eat on a 2000-Calorie Diet Plan

When you are eating 2000 calories a day, here are some foods that you should include in your diet:

Here are some foods that you should avoid for a healthy 2000-calorie diet:

Do not forget that your calorie intake can vary according to various factors. Therefore, it is always advisable to consult your doctor and a nutritionist before making any major lifestyle changes in your regular or day-to-day diet. The above-mentioned options are some healthy food options that you can easily include in your 2000-calorie diet plan!