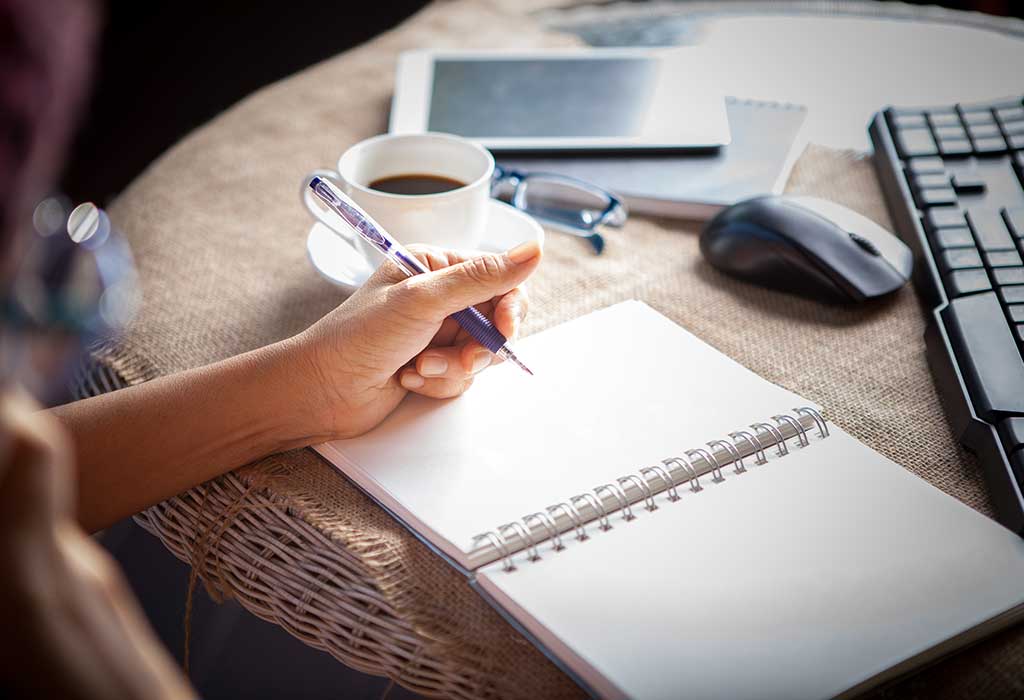 Most of the world is right-handed and don’t understand the challenges of being a lefty in a righty’s world. Various studies on the biological and psychological effects of being a lefty have been conducted, with some focused on its evolutionary impact.

Some believe that left-handed people lean more towards the independent side as they have had to learn to cope in a world predominantly designed and built for right-handed people. Others throughout time were superstitious and believed that since the devil was said to be left-handed, those who were left-handed must be practitioners of witchcraft.

While lefties may need to learn to adjust with right-handed instruments or wrestle with the scissors made for righties, there are still many cool facts about lefties that people are unaware of. These lesser-known left-handed people’s facts will undoubtedly intrigue you to know more about them.

Lefties are some pretty exciting individuals and worthy of a little shout-out. So, here are some amazing facts about left-handers that you may not have previously known:

Men make up for 23% more than women in the left-handed population, according to a study conducted in 2008. The study consisted of around 144 studies with a sample participant size of about two million people.

Lefties have a particular advantage over righties in certain sports, like fencing, boxing, tennis, baseball, and swimming. Righties are more used to playing against other righties, which may throw them off their game a little when they have to play against a leftie. For example, a batter in baseball is more likely to be more accustomed to pitches by a righty, so they are more likely to miss when receiving a pitch by a lefty. This is especially seen as more prevalent in Tennis, where around 40% of the current top players are lefties.

A study from 2014, titled “What Affects Facing Direction in Human Facial Profile Drawing? A Meta-Analytic Inquiry,” has displayed contrasting characteristics between righties and lefties. While lefties are more prone to drawing their characters facing right, righties generally draw theirs facing left.

5. An Advantage in Typing

We tend to use both hands while typing, but it has been found that around 300 words are typed mainly with the right hand, whereas about 3000 words are mainly typed with the left on a QWERTY keyboard.

Lefties have heterogeneous brain organization, where they can process verbal information using both sides of the brain. At the same time, righties have a more organized brain division, where the right hemisphere takes care of visuospatial processing, and the left hemisphere handles the verbal processing. Since lefties can process oral information on both sides of the brain, they can process larger amounts of data and have higher intelligence levels than righties.

Lefties are more artistic as their dominant hemisphere controls the awareness of art, creativity, and imagination. They are also more partial to visual information over language-based.

8. Better at Writing with Non-Dominant Hand

In Australia, a small-scale study found that lefties could write much better with their right hands than righties could with their left.

Some people fear all things left-sided; amongst those left-handed people are included! This fear even has a name, Sinistrophobia.

10. Not So Gifted at Tongue Rolling

13. They are More Likely to be Ambidextrous Than Righties

As our world is designed mainly for righties, left-handed people have become quite deft in doing certain things with their right hands.

Lefties have a pretty negative reputation in cultural history worldwide. Lefties were often seen as weak, unlucky, corrupt, and sometimes even associated with evil. The word “sinister” is even derived from the Latin word “sinister,” which means “left.”

15. Practitioners of the Craft

During the Middle Ages, the left-handed were often suspected of witchcraft and accused of being in league with the devil.

Children born with a natural preference towards their left sides were forced to eat and write with their right hands. Although this stopped in the 20th century, it continues in some parts of the world.

Not everyone in the world saw lefties as unfavorable. Amongst the Incas, left-handed people were seen in a favorable light. Those who were lefties were believed to have spiritual abilities, including the power to heal. Lloque Yupanqui, the third Sapa Inca, was known for being a leftie. When his name is translated, it means “the glorified lefthander.” 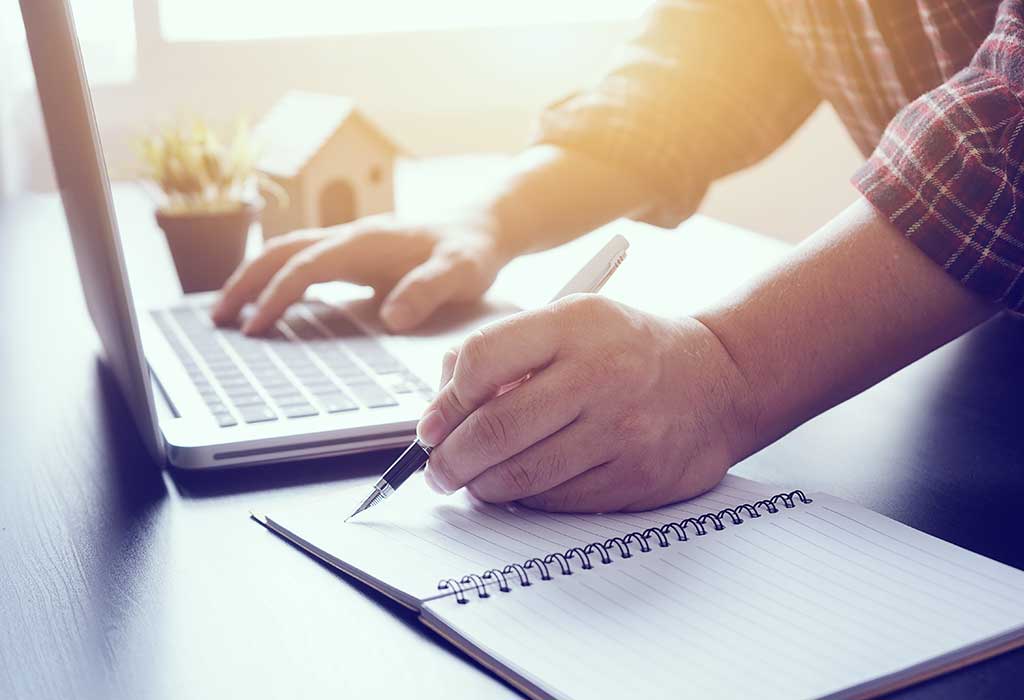 Researchers who study wild chimpanzees had noted that they are more likely to favor their left hands while performing skills that require fine motor coordination, such as termite fishing. However, the chimps would prefer their right hand when performing tasks that required brute force, such as nut-cracking.

Even Neanderthals were discovered to have favored their right hands – this means that they often built any stone tools they had for righties. Left-handed Neanderthals had to either learn to use them or make special tools that they could use. This was determined after studying the tools and bones in the arms of neanderthal skeletons through skeletal asymmetry.

20. Handedness Determined in the Womb

A fetus starts to move its arms in the womb at around the nine to the ten-week mark. By the time the pregnancy reaches the second trimester, babies already show a preference on which thumb they would rather suck on, the right or left. This makes some believe that handedness is something that is determined before birth. However, children have also been seen to switch their dominant hands until the age of two years, sometimes three, so it is never guaranteed that a child will be left-handed or right-handed based on their actions in the womb.

The future Kings of England, Princes Charles, and William are left-handed. King George VI was also left-handed but forced his father to learn to use his right hand.

23. Language is Unkind to Lefties

Left-handed people are not only called lefties; there are other names such as “Southpaw,” “Mollydooker,” “Cuddy Wifter,” and “Goofy Footed” that are used to describe them.

By the time the human race started drawing in caves, most were already showing signs of right-handedness. This can be seen as the cave paintings depict the human figures always carrying tools in their right hands. The images of handprints are also mostly done with the right hand.

27. Twins are More Likely to Be Lefties

Numerous studies have been done on handedness in twins, and almost all of them have shown that twins are far more likely to be left-handed than singletons.

Spatial skills are always necessary, and a study found that lefties were less likely to make mistakes in a spatial orientation test.

In a study held in Northwestern, they discovered that lefties tend to be more competitive than righties.

Australian Professor Dr. Nick Cherbuin discovered that left-handed people could outperform right-handed people in complex or fast tasks. Their reaction times were better, making them much better at gaming.

Lefties are believed to have better self-control than righties, as it was found in a study that lefties possess better inhibitory control than their right-handed peers.

34. More Likely to Have Schizophrenia

It was found that those with a psychotic disorder, such as schizophrenia are far more likely to be lefties than those who suffer from mood disorders, such as bipolar disorder or depression.

35. Lefties in their Right Minds

It has long been believed that handedness results from the hemisphere of the brain which is more active. However, a newer study suggests that the gene activity in the spinal cord is the determining factor when it comes to the dominant hand.

There is no doubt that lefties face many more challenges in their daily lives than a righty could ever hope to understand. However, lefties have also proven that they can adjust to difficult situations better than righties and have the ability to achieve great things.

Previous article « A Guide to Intuitive Eating – Benefits, and Principles
Next article 10 Perfect Hairstyles That Look Amazing With Hats »